The marines arrived in Gibraltar on Sunday on the Royal Navy Flagship HMS Albion, HMS Dragon and RFA Lyme Bay.

They form part of a task group conducting a three-month Littoral Response Group (Experimentation) deployment in the Mediterranean Sea. 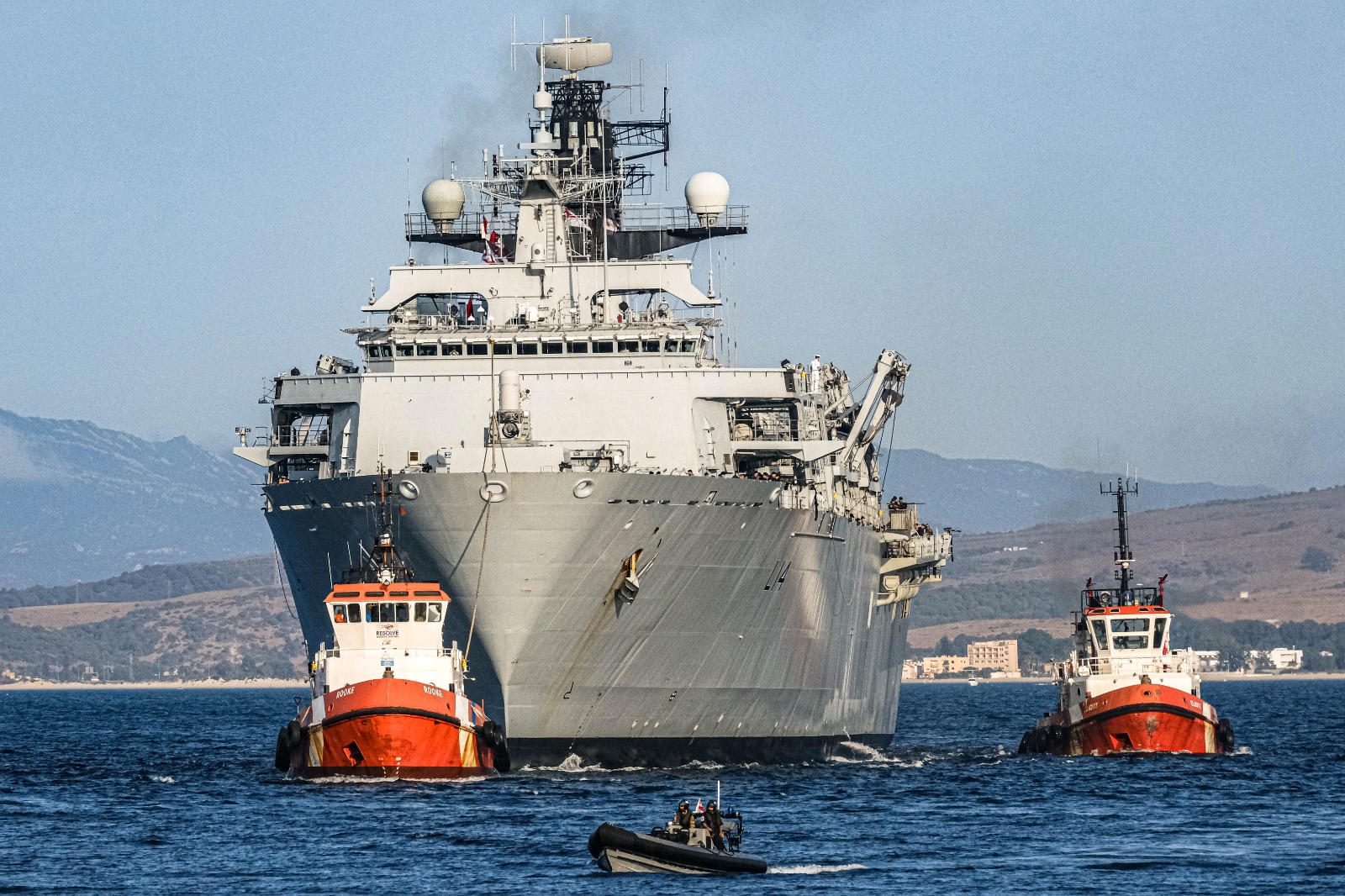 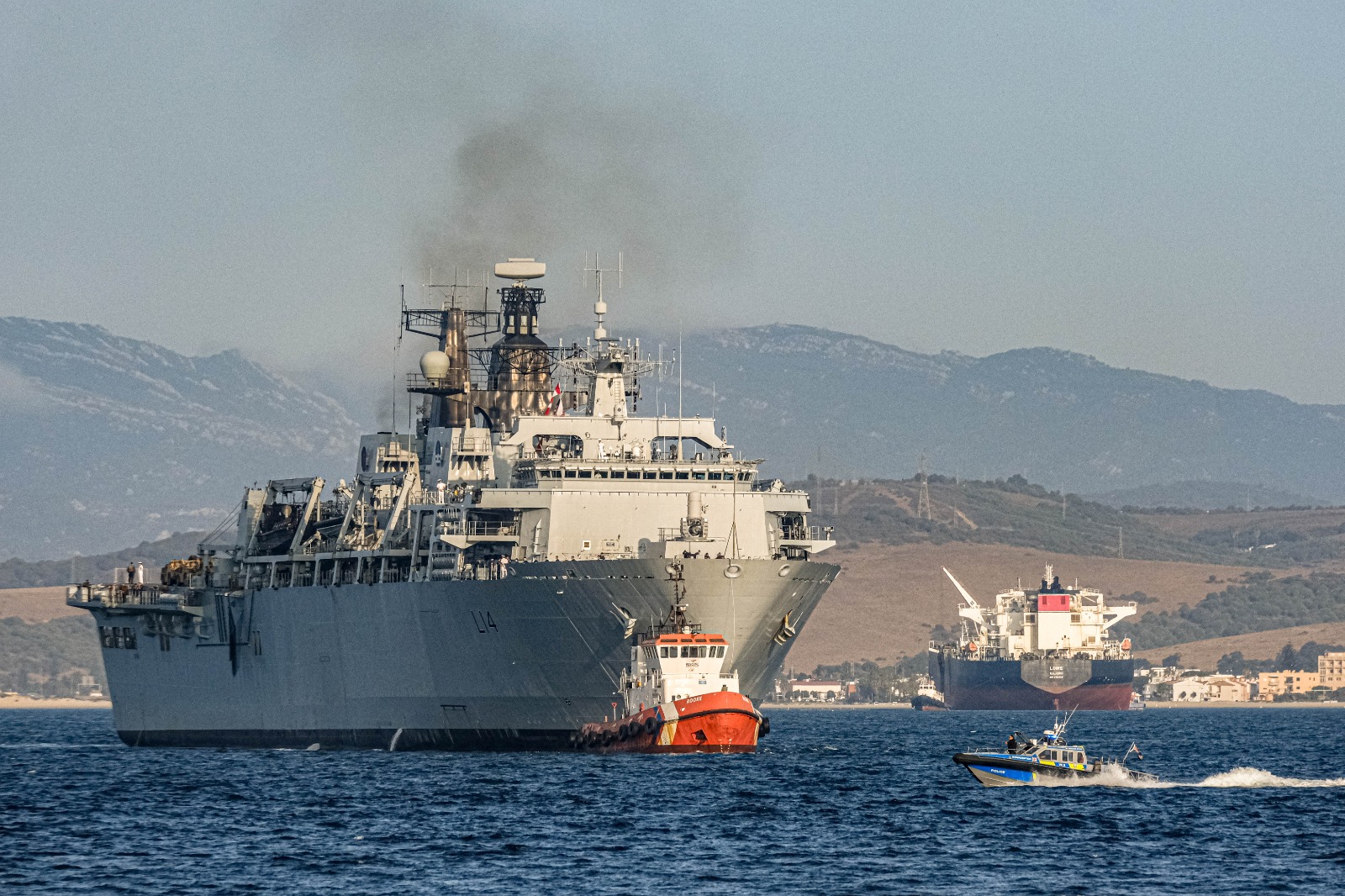 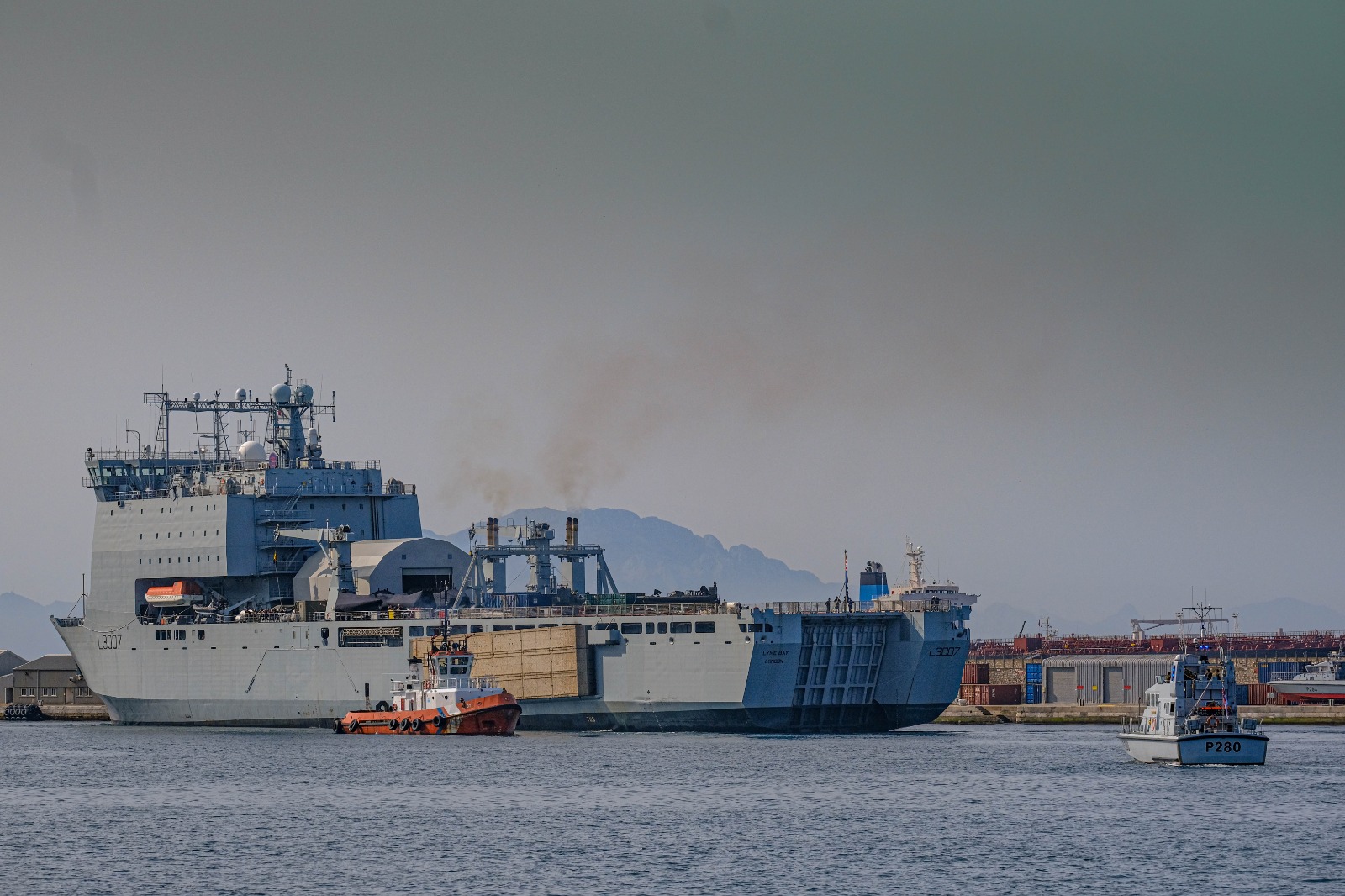 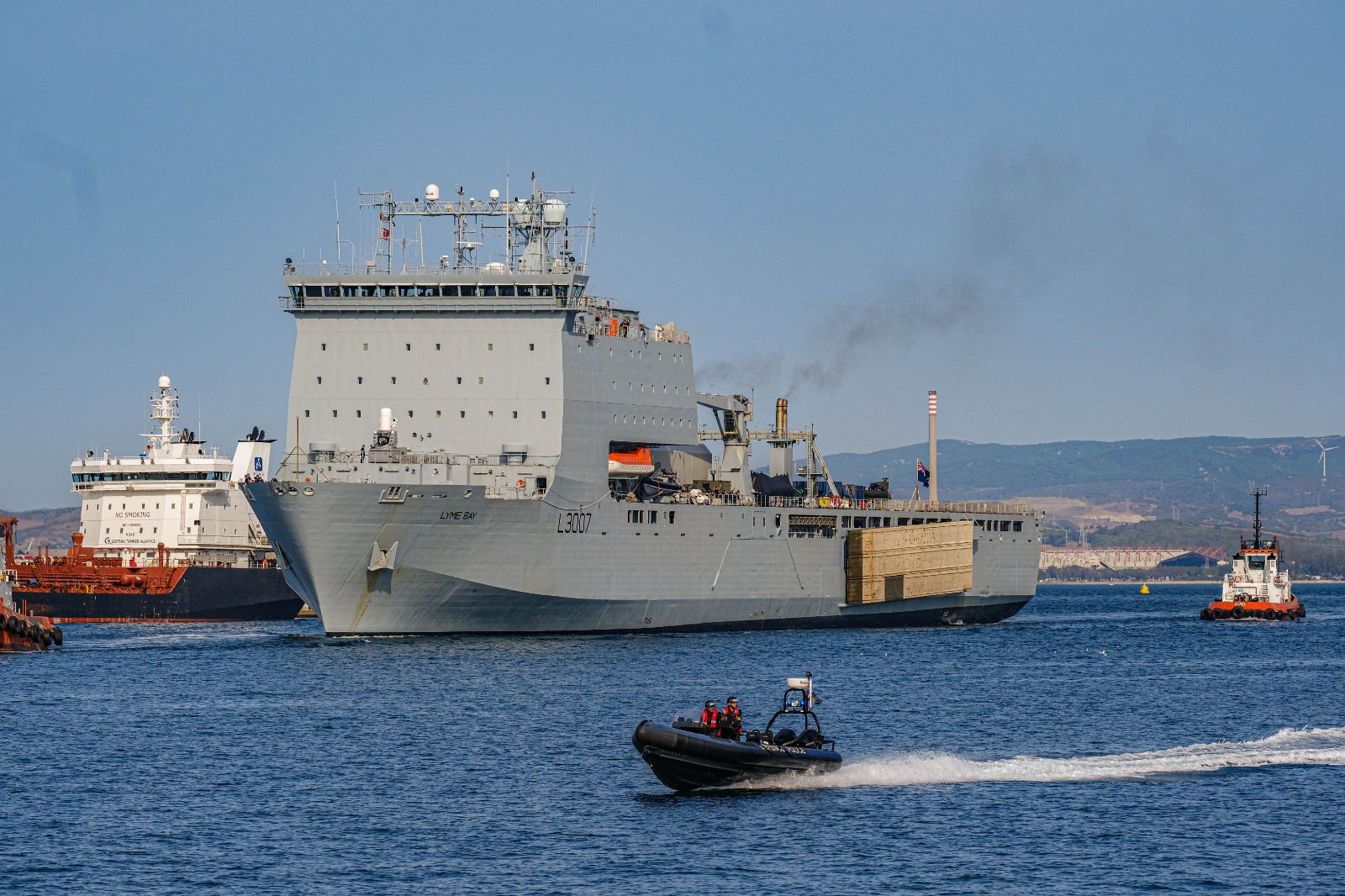 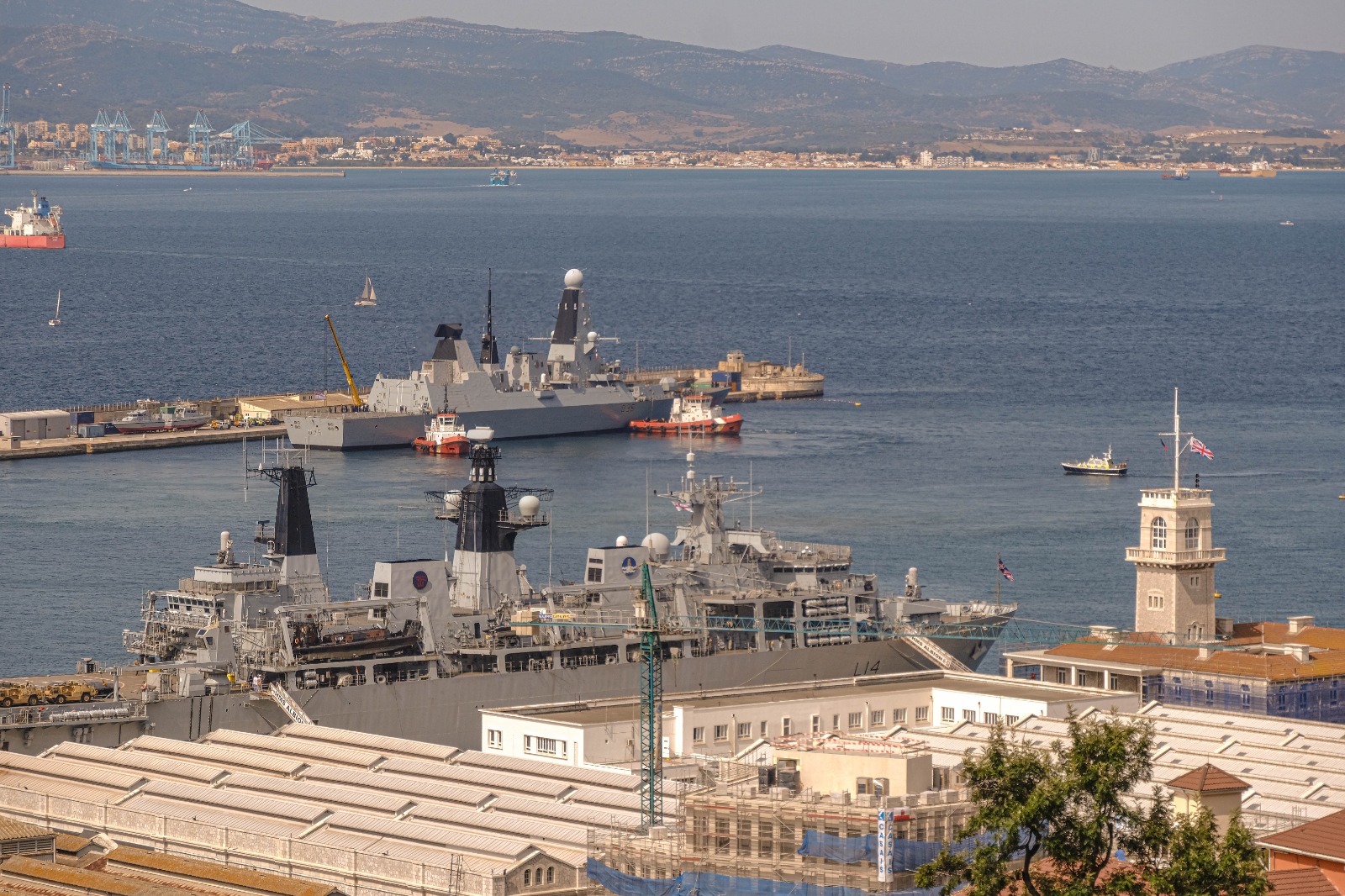 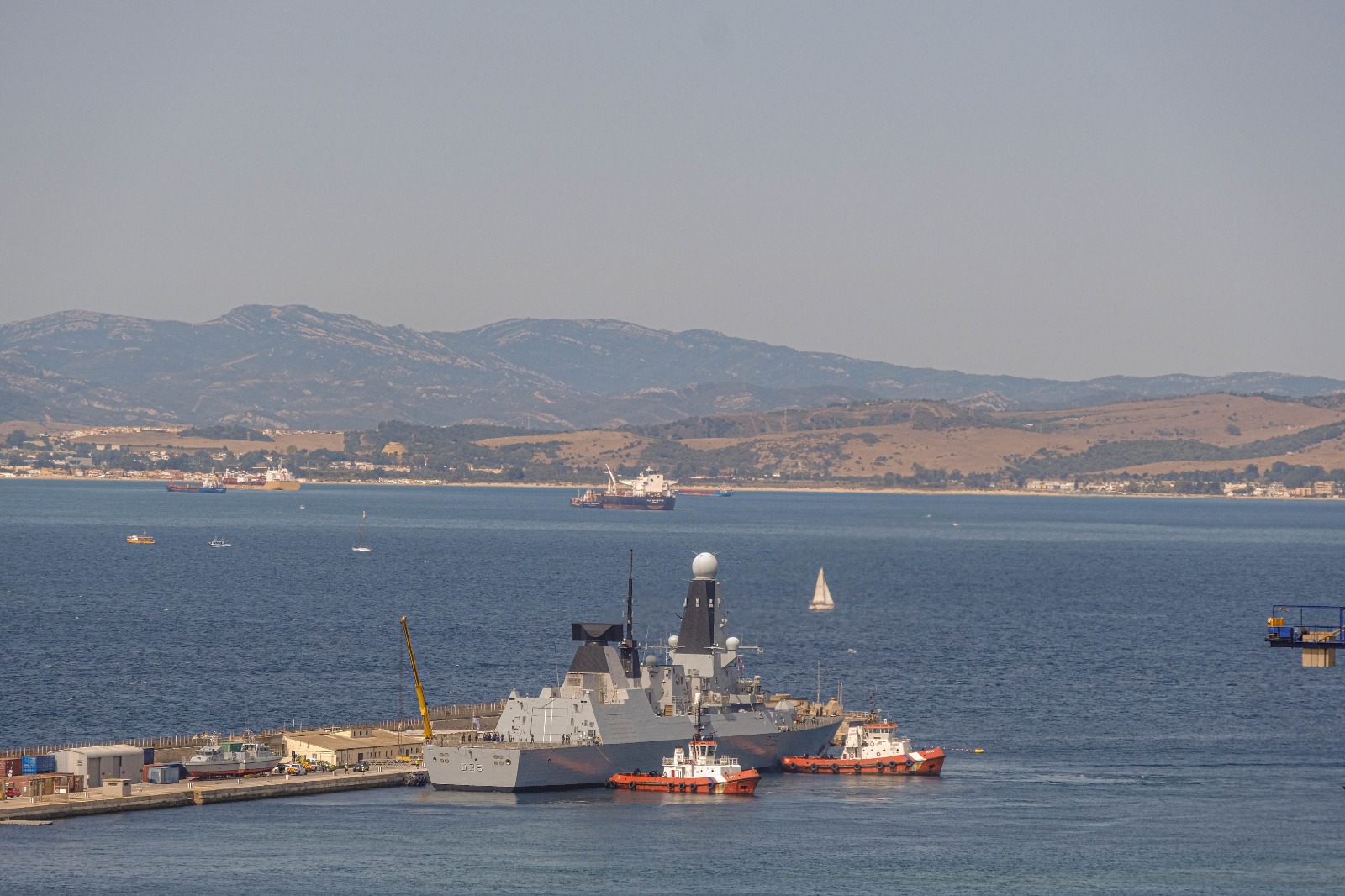 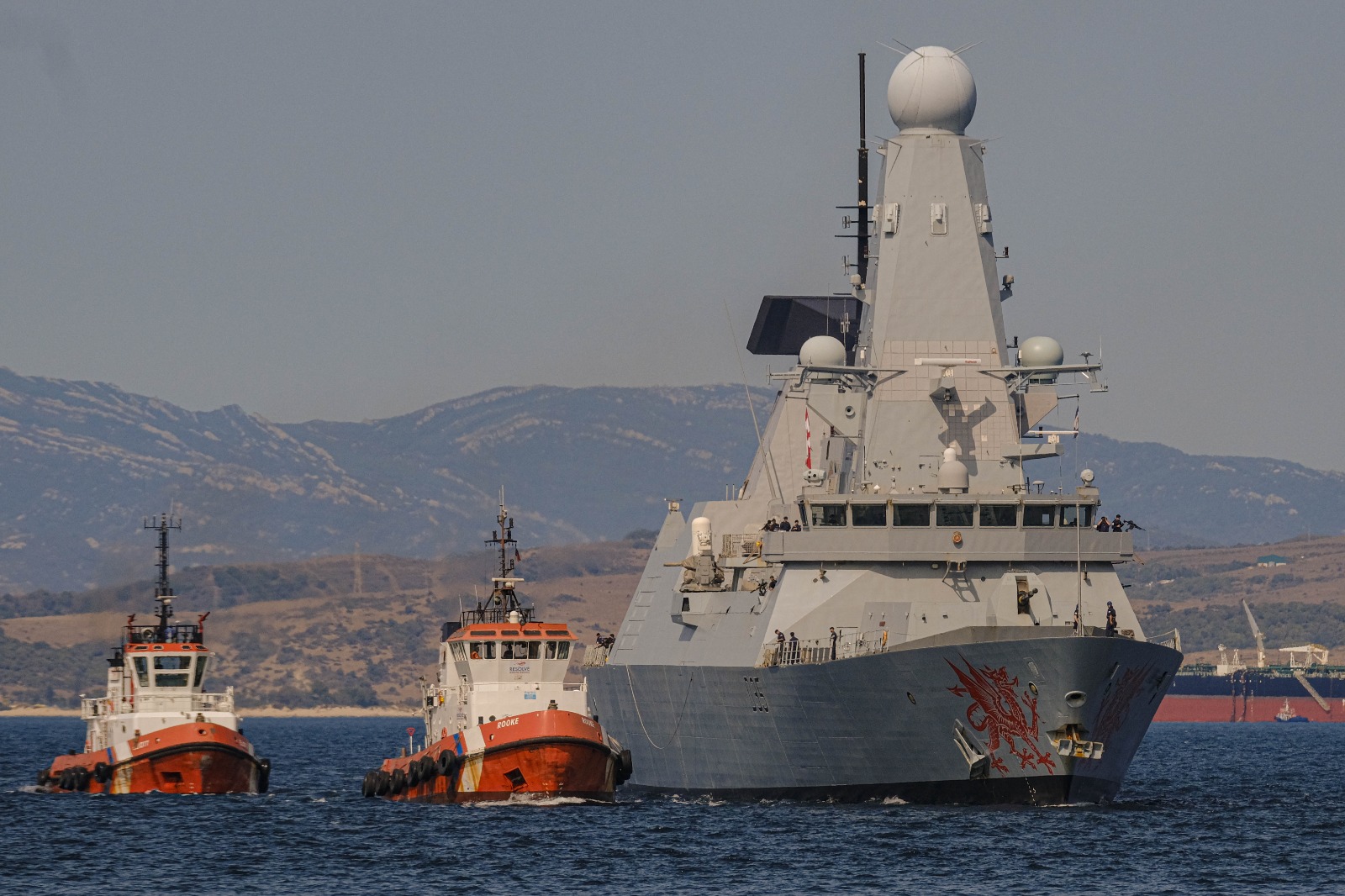 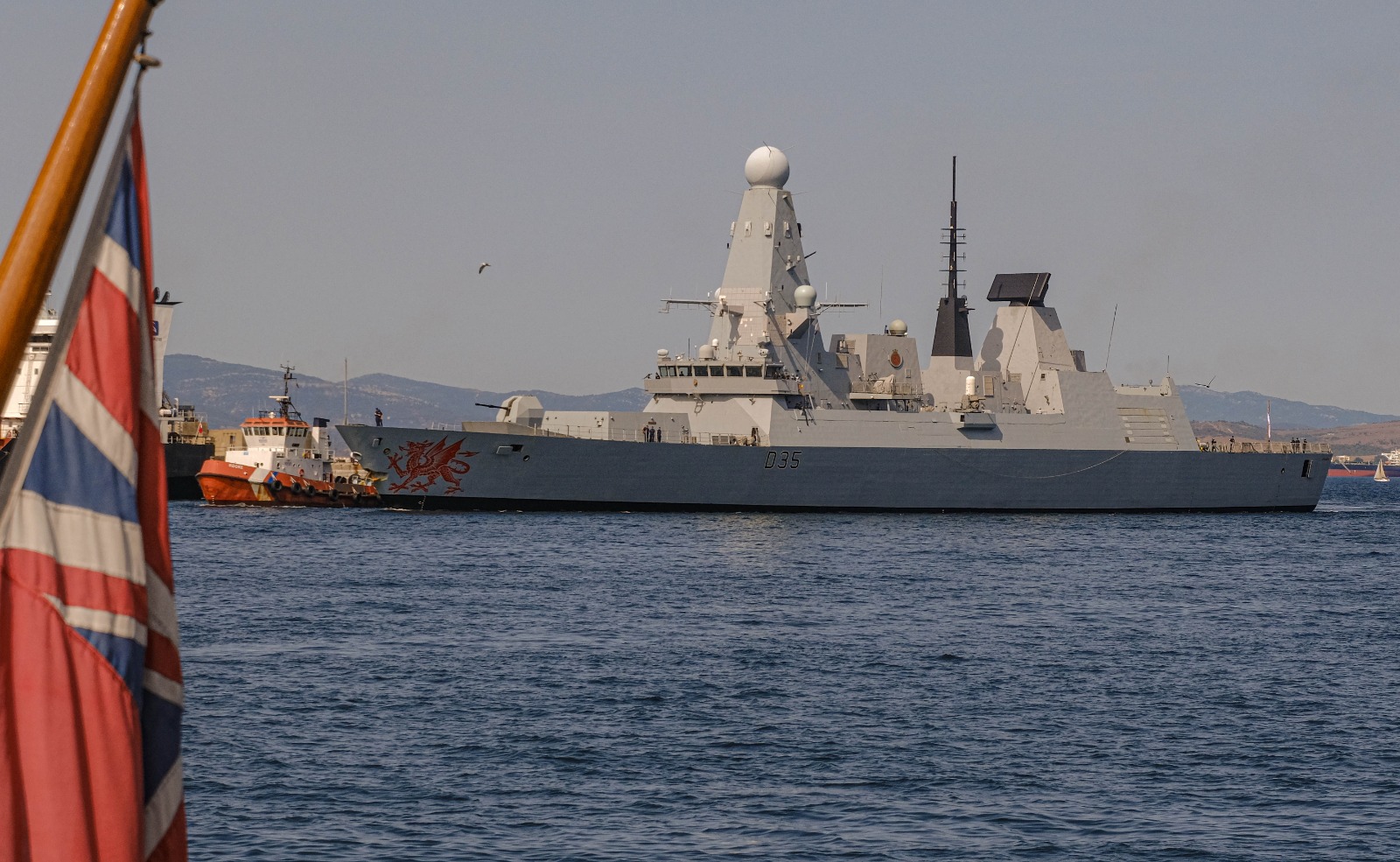 “Sailing into Gibraltar is a real highlight at the start of our deployment,” Commodore Rob Pedre, Commander of the UK’s Littoral Strike Group told the Royal Navy.

“We greatly value the support and welcome that Gibraltar provides, especially as we prepare for wide-ranging operations in the Mediterranean Sea.”

This task group departed the UK over a week ago and incorporates over 1,000 sailors and Royal Marines.

While these ships are on deployment they will test the new concepts of the Littoral Strike Group, which now replaces the well known Amphibious Task Group, and aims to shape the Future Commando Force.

The Future Commando Force is the evolution of the Royal Marines into a hi-tech raiding and strike force.

“Today [Monday] we have been doing some low level training practicing methods of inserting troops onto difficult terrain,” said Major Andrew Lacey, the officer in command of the support company which is part of 42 Commando Royal Marines.

“We have been doing what we call helicopter abseiling. Which is the method we use particularly in the kind of jungle environment for inserting through a tree canopy and also in the urban environment where it is not possible for the helicopter to land.”

The group undertake this type of training as regularly as they can and it forms part of their preparation and deployment programme for the Littoral Response Group (Experimentation). They also conduct the training when they are required to undertake specific operations.

Landing on the south apron of the airfield in Gibraltar would not be classed as a difficult landing site and is used for training marines to insert into an urban environment.

To assist them further in the training the marines were taken to Buffadero where they conducted more exercises.

“We are going to do a second technique which is called fast roping which is a different technique to what you have just seen there which is helicopter abseiling where you are connected to the line,” Major Lacey said.

“Fast roping is a bigger rope where you are just holding onto it and sliding down the rope and that is what we are hoping to do into the training area later on today.”

“That is at a slightly lower height of around 30m.”

“Today it is support company so there is about 40 of us going through the training today.”

“At the moment with the ranks we have got here it is all males but obviously women can now join the Royal Marines but it just so happens we do not have any with us here today.” 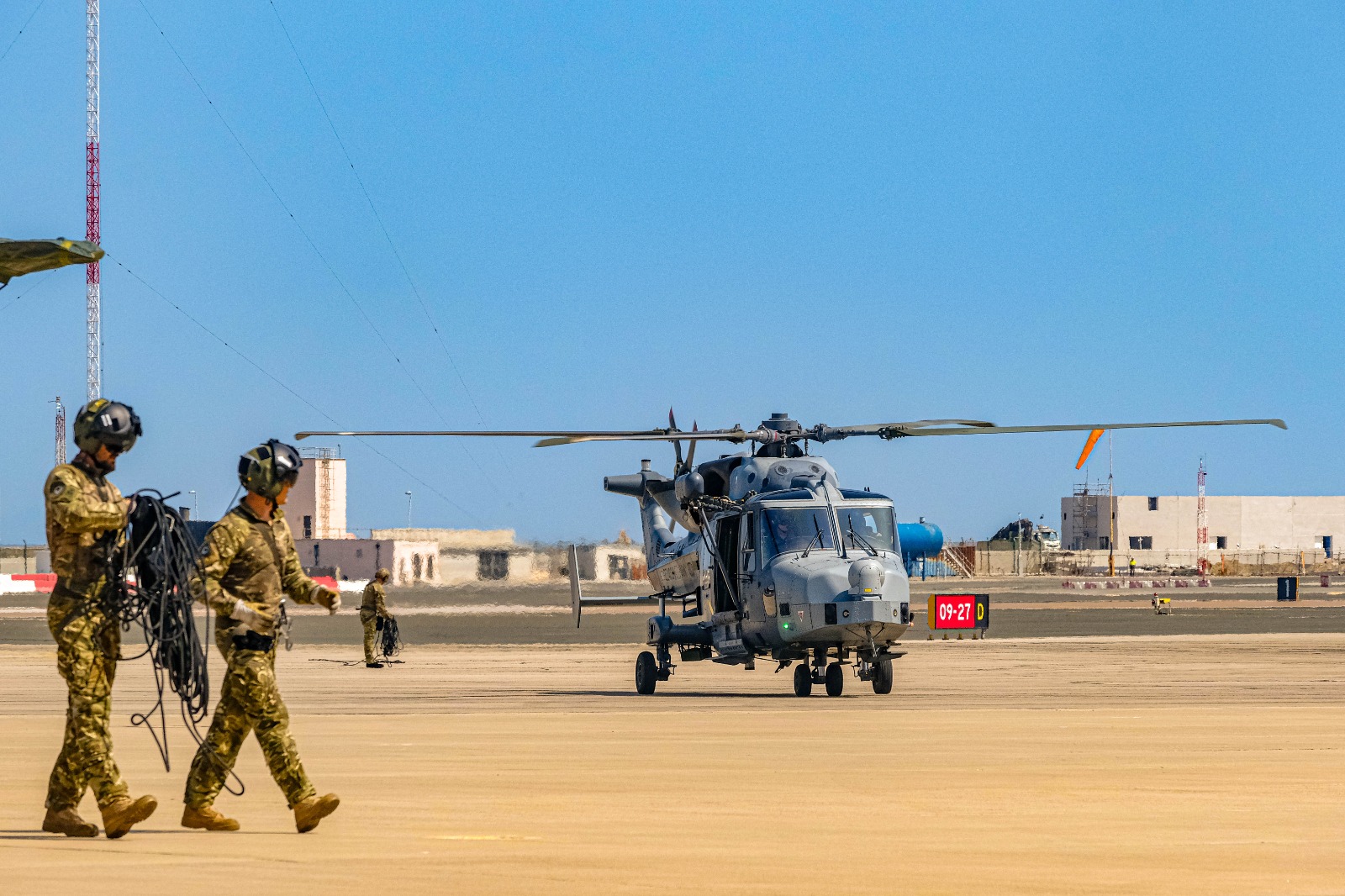 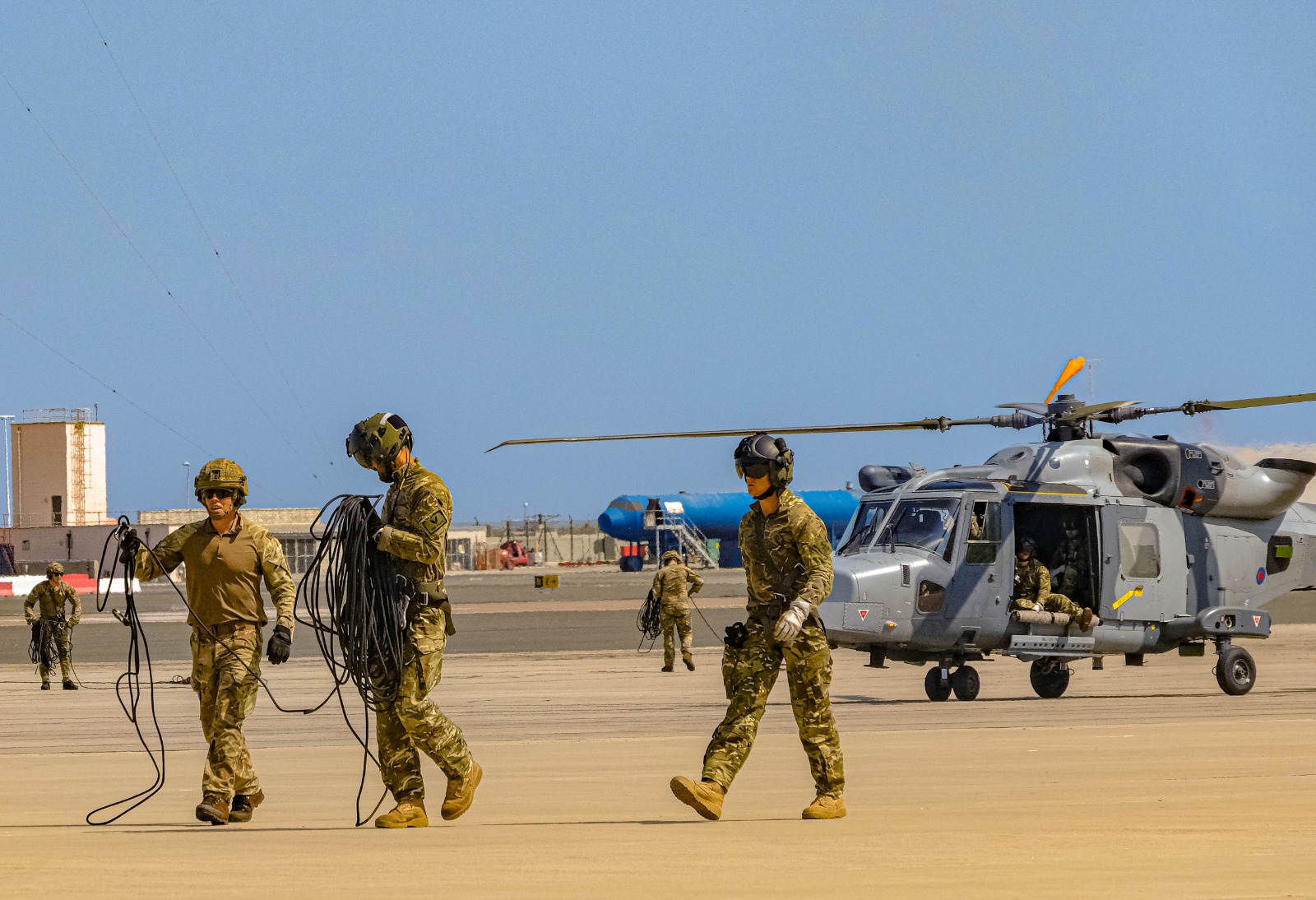 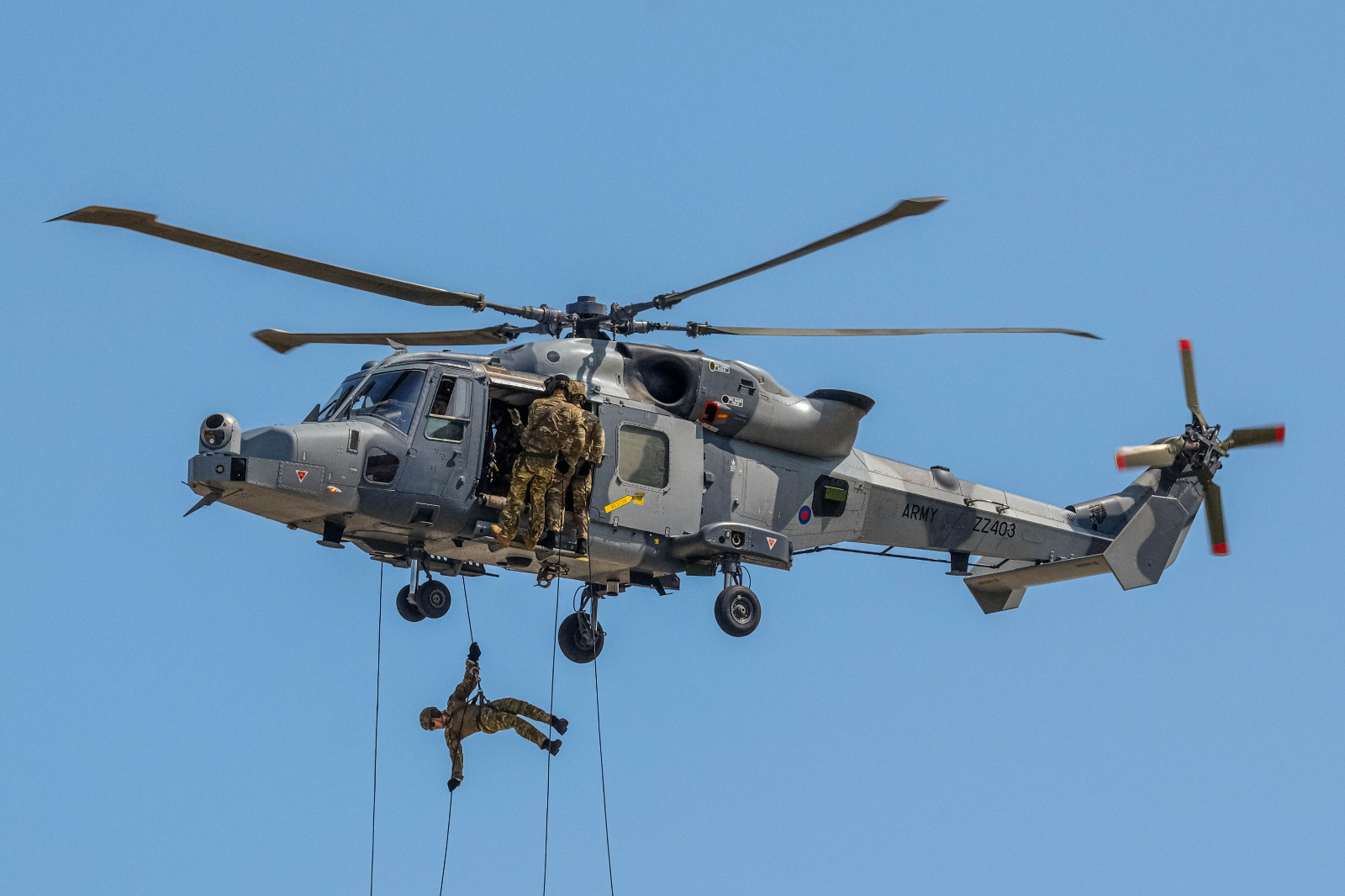 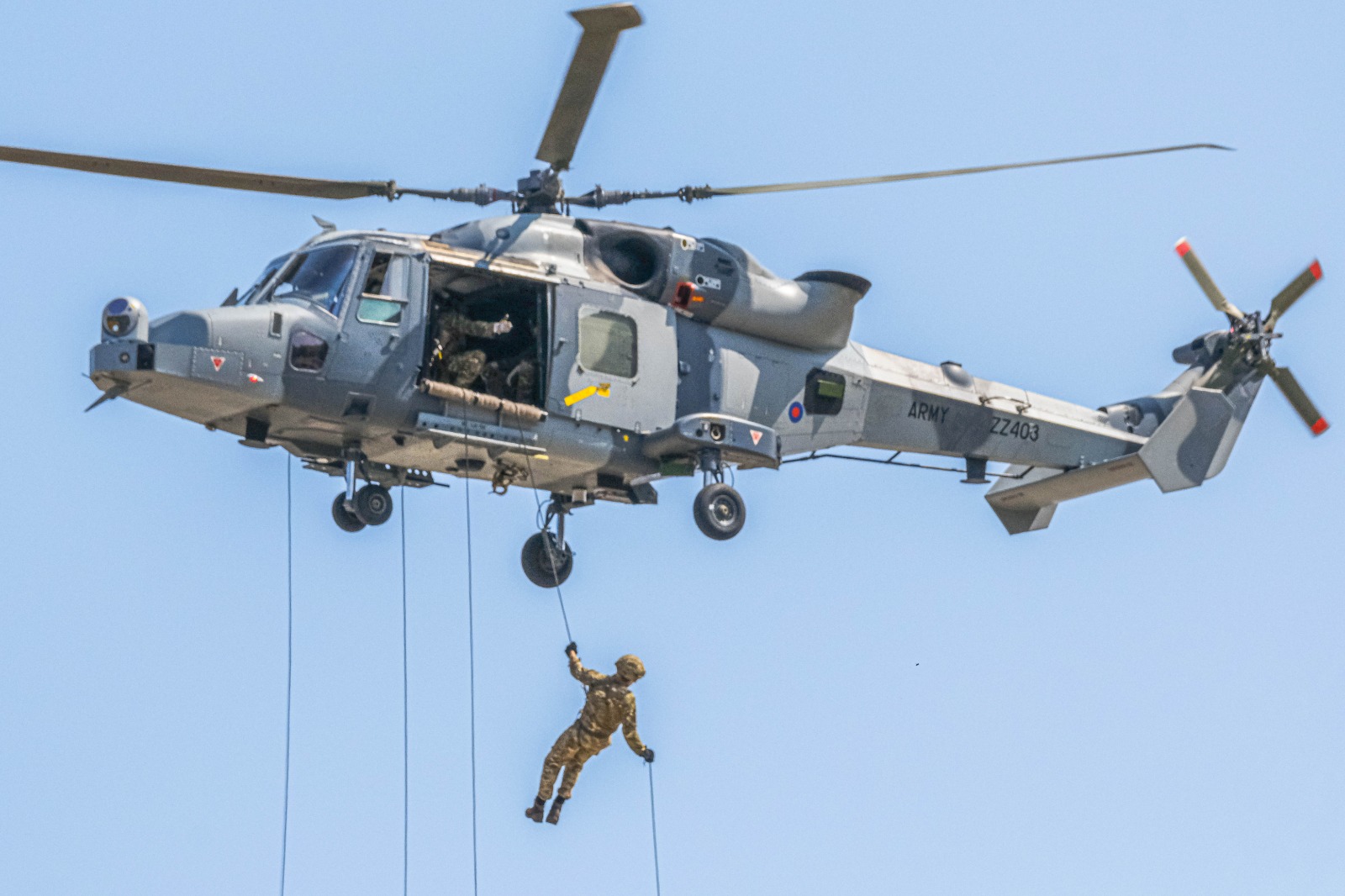 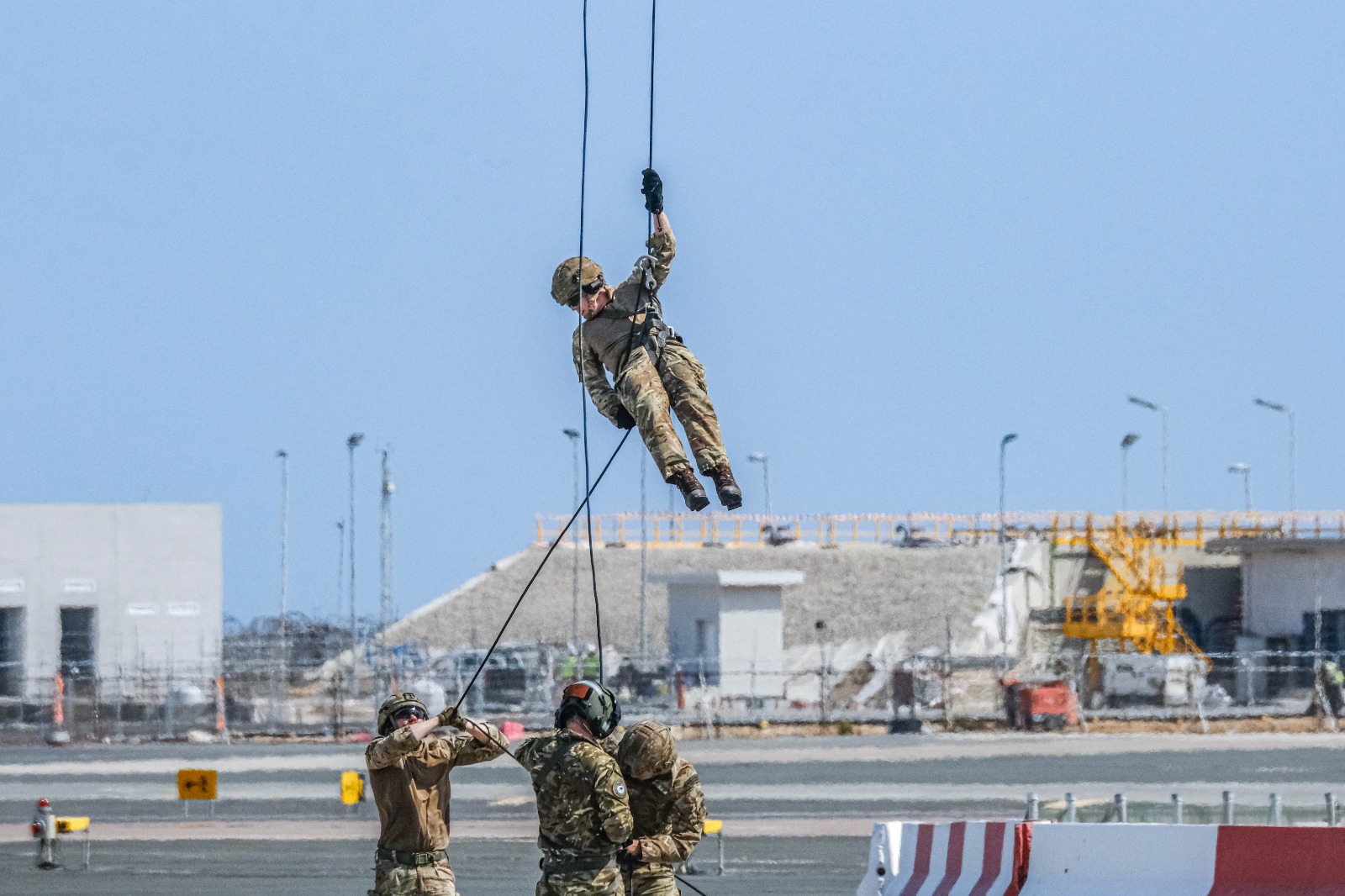 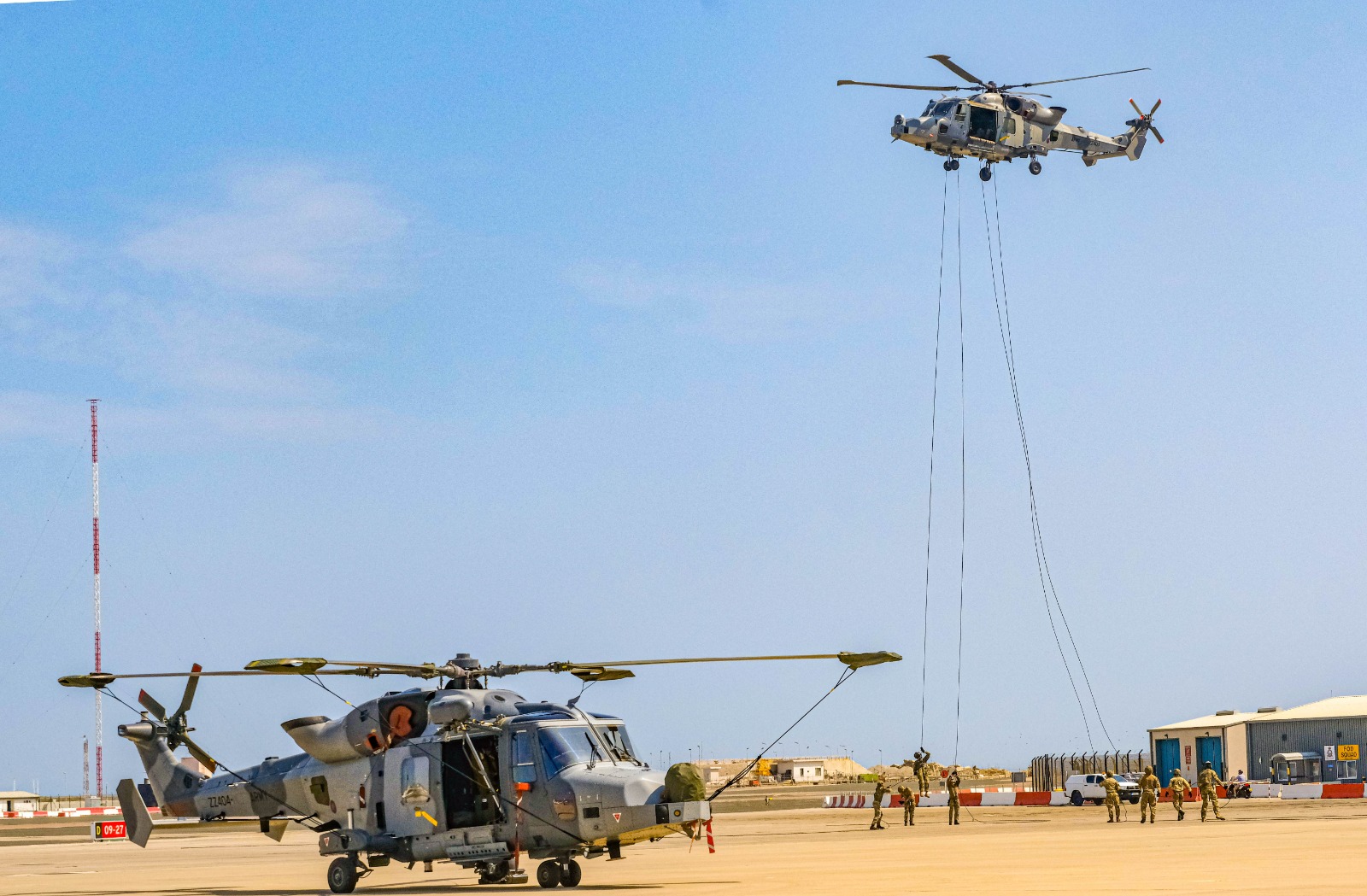 HMS Albion is one of the Royal Navy’s two amphibious assault ships and turns 20 next year. Her mission is billed ‘to deliver the punch of the Royal Marines ashore by air and sea’.

The company left the Rock on Tuesday. 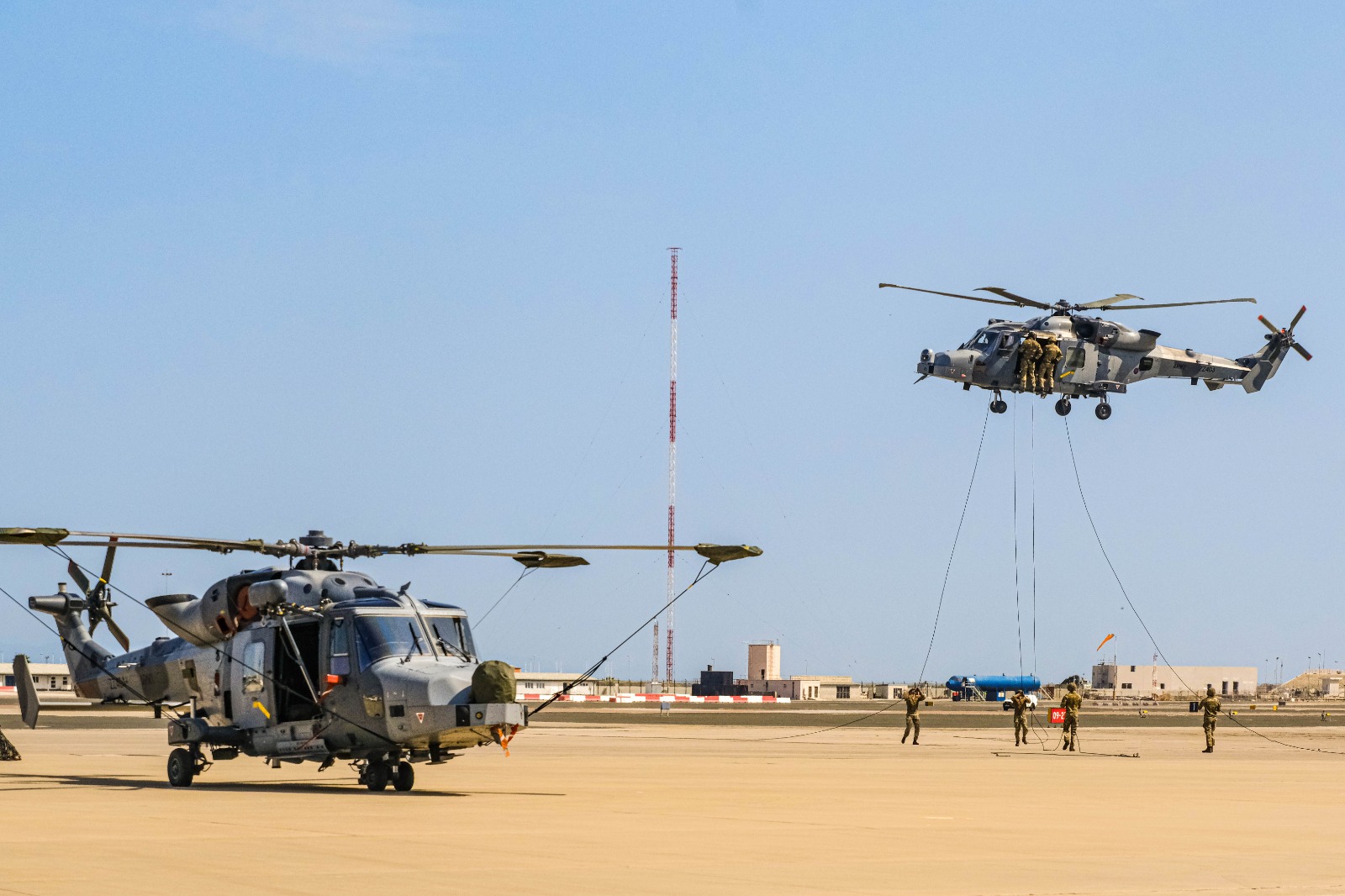 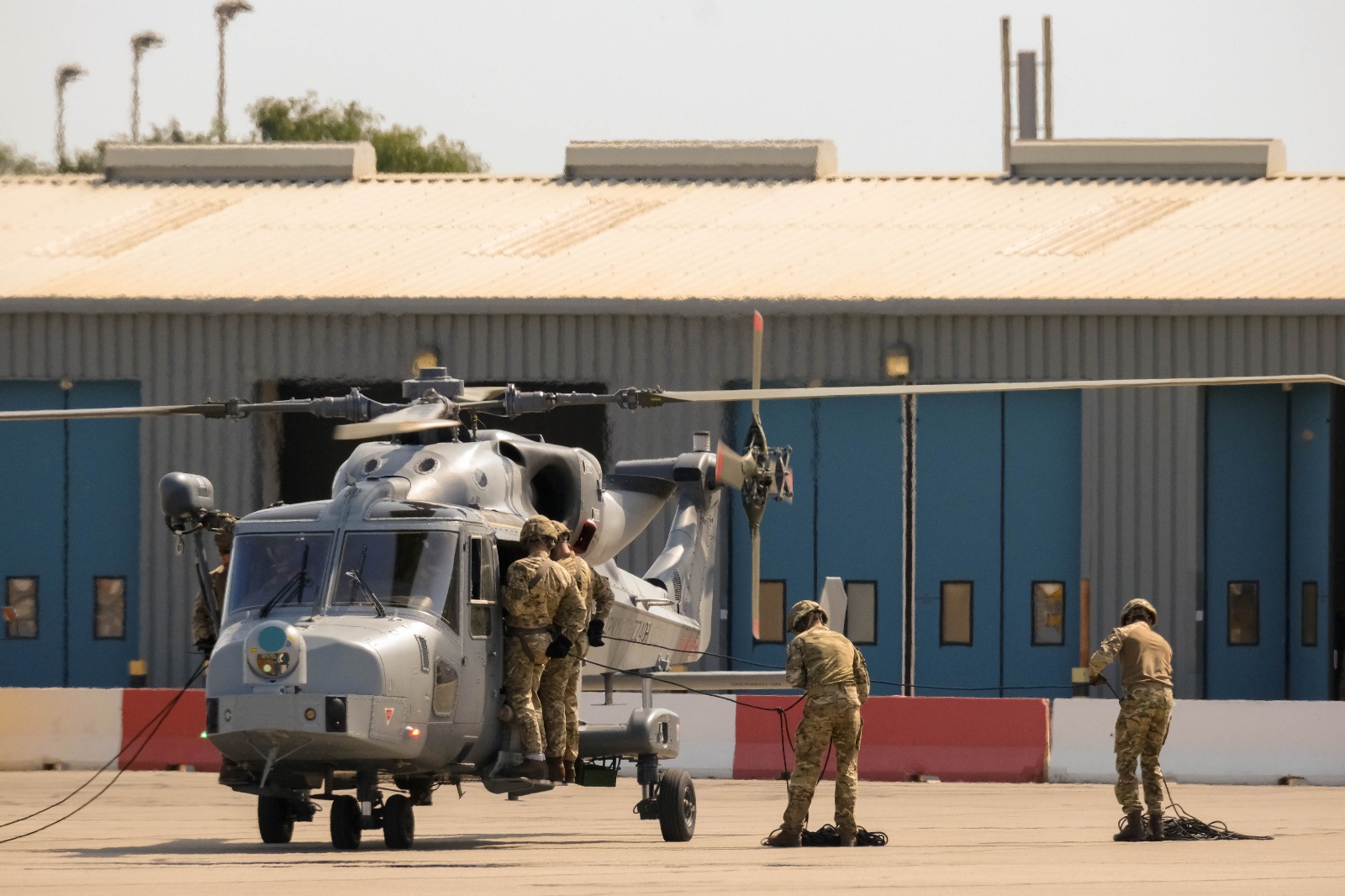 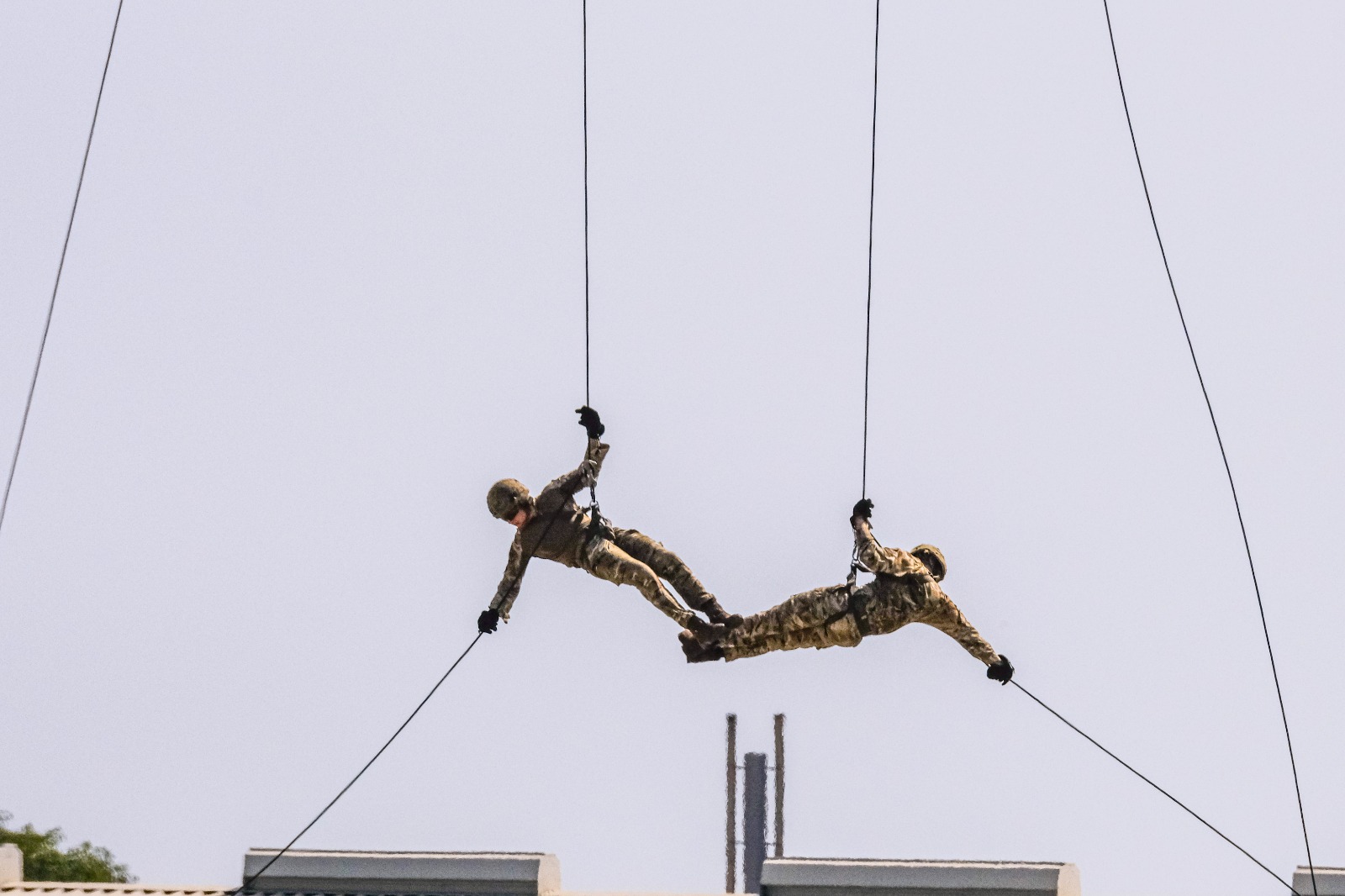 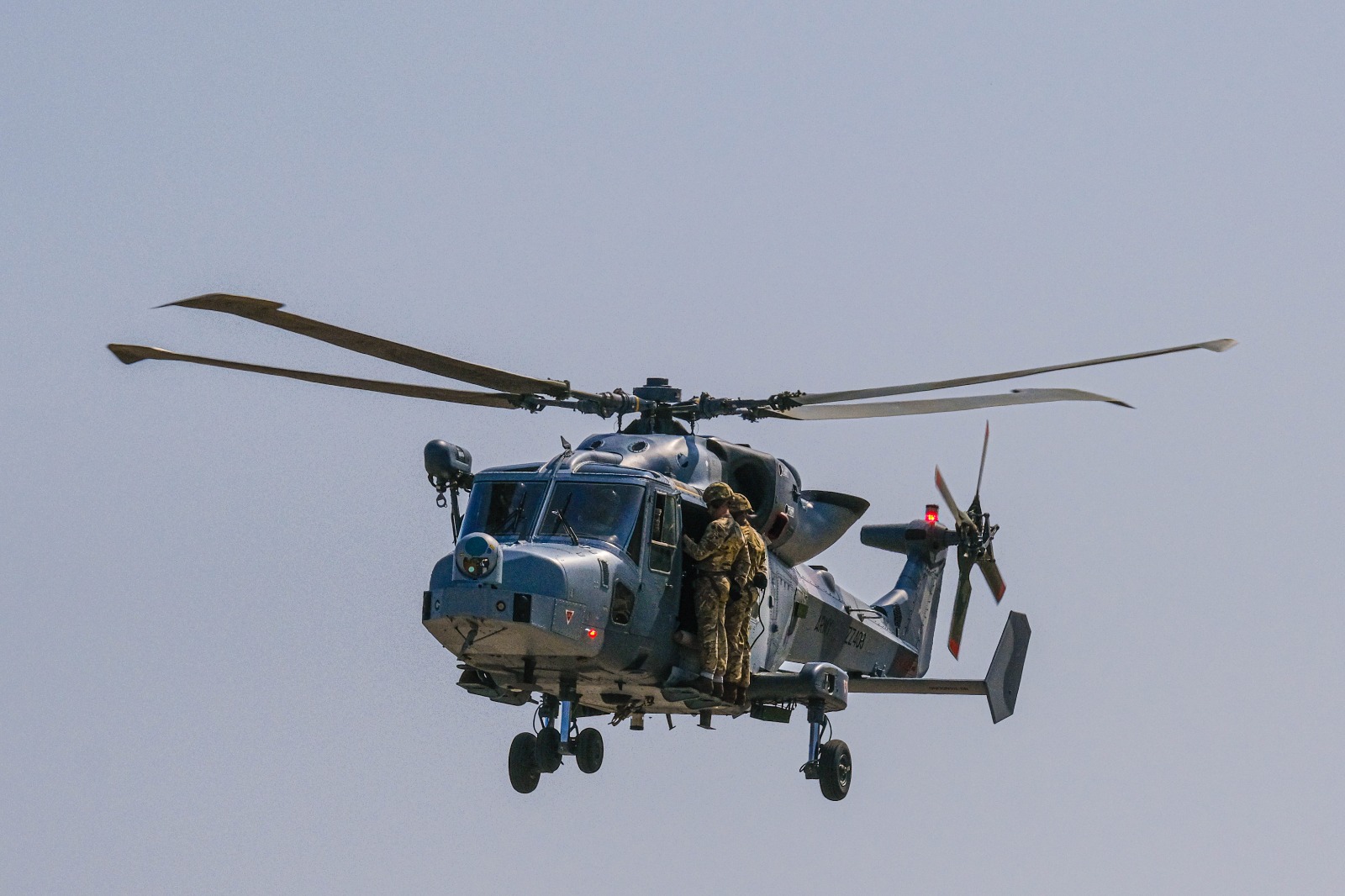 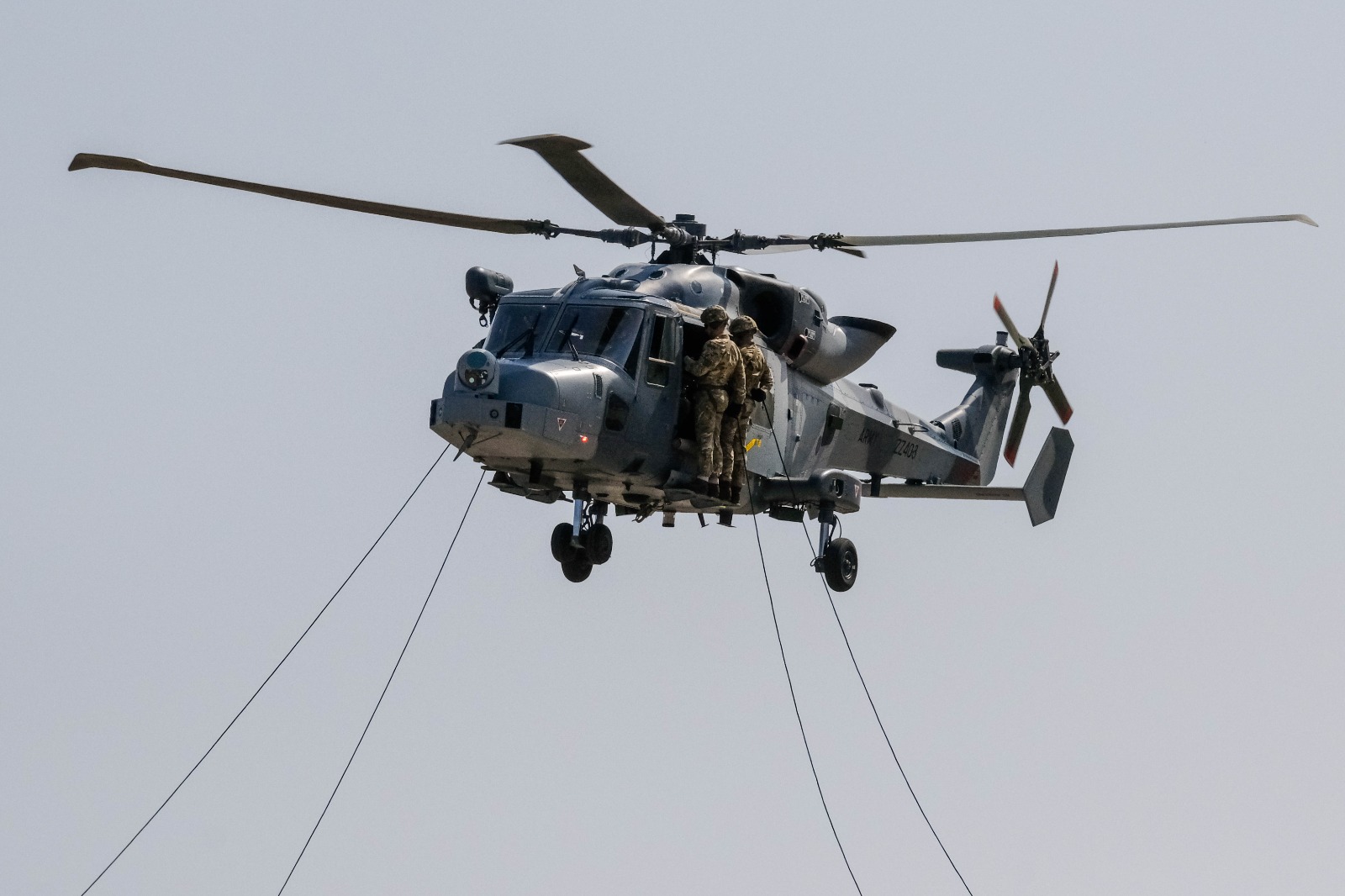