The Royal Mint has unveiled a seven-kilo gold coin with a face value of £7,000 as part of its new James Bond collection.

The one-of-a-kind piece features an engraving of an Aston Martin DB5 with its famous BMT 216A number plate, surrounded by a gun barrel.

Measuring 185mm in diameter, it is the largest coin with the highest face value ever produced by the UK Royal Mint in its 1,100-year history.

The piece, which was created using engraving machines before being hand-polished, is part of a commemorative coin and gold bar collection launched ahead of the 25th James Bond film, No Time To Die. 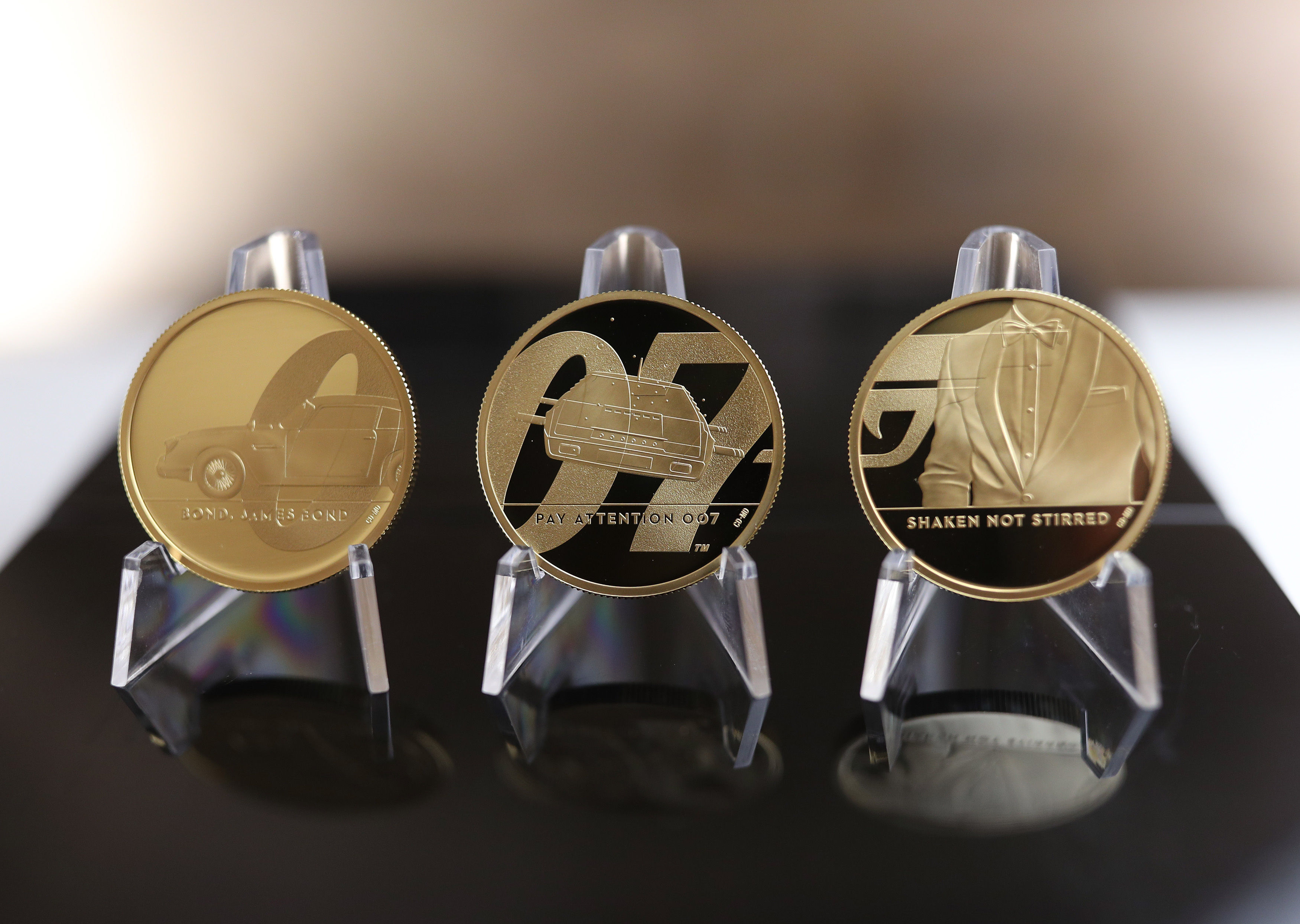 It includes a smaller two-kilo gold coin with a denomination of £2,000, which has a recommended retail price of £129,990.

The world's first James Bond precious metal bars, which are available in gold and silver, are also included in the new collection.

They feature all 25 Bond film titles and will be available to purchase from mid-March.

Laura Clancy, who designed the seven-kilo coin, said: "When the opportunity to design a Bond coin came along, I had to take on the challenge. I've found it an incredible privilege - my career high to date and my most successful project."

As well as the larger coins, the Bond collection also features three additional designs in gold and silver which, when placed together, reveal the famous 007 motif.

The first coin from the series has the profile of the classic Bond car, the Aston Martin DB5.

The two remaining coins feature the submarine car from The Spy Who Loved Me and James Bond's iconic jacket and bow tie.

The cheapest coin from the collection, which has a face value of £5 and is made from cupronickel, has a retail price of £13.

No Time To Die, which features Daniel Craig in his final outing as the secret agent, will be in cinemas in the UK from April 2 this year.
(PA)