The Royal Navy’s newest and greenest warship has arrived in its home port for the first time.

The ship and its crew will undergo sea training exercises before a formal commissioning ceremony at an appropriate time later in the year. 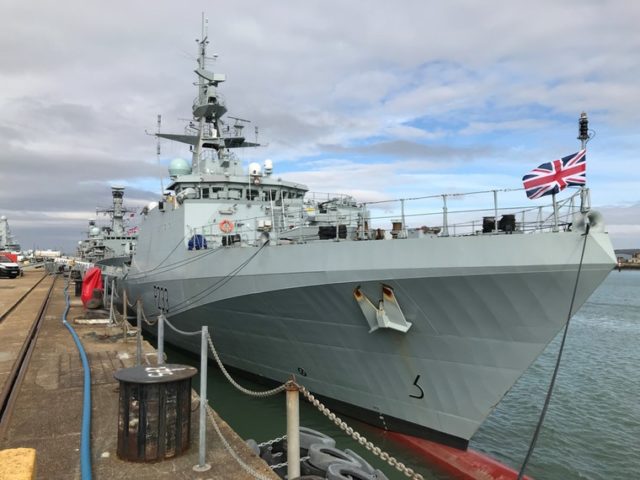 Lieutenant Commander Mike Hutchinson, the ship’s commanding officer, said: “While many of our colleagues across the armed forces are already supporting the NHS during the immediate Covid-19 response, our current focus is on bringing Tamar to readiness so that the Royal Navy’s mission to protect our long-term national interests at home and overseas continues.”

The ship, which sports a lion from the vessel’s badge painted on its side, is the first of the River class to have a urea filter installed which will reduce diesel exhaust emissions by about 90%.

Its sister ships include HMS Forth, which is patrolling the Falkland Island, and HMS Medway, which is in the Caribbean, while the final vessel of the class, HMS Spey, is being fitted out on the Clyde.