Rugby plays its third round of matches

Rugby saw its third round of matches as teams prepare for their league which many hope will start sometime at the start of 2021.
Playing to new hybrid rules due to the Covid-19 restrictions round three of the u-mee GRC 10's league took place on Saturday.
The matches saw Stormers take on Buccaneers, whilst Scorpions took on the Sharks.
Both matches were to finish with just five points difference for the victors.
Stormers were to come out eventual winners in the first match winning 27-22, but not before having to come back from going behind by half-time trailing by 22-15 to the Buccaneers.
In the second match Rock Scorpions produced a 28-23 victory against Sharks. Scorpions initial lead came dangerously close to be erased as Sharks bit back and sought to level the score.
The teams are using the present rules allowing for the return to play to continue their preparations for the normal league season which is hoped to be played in the Spring. Already teams have been hard recruiting new players adding to the competitive level which is being seen on the pitch. 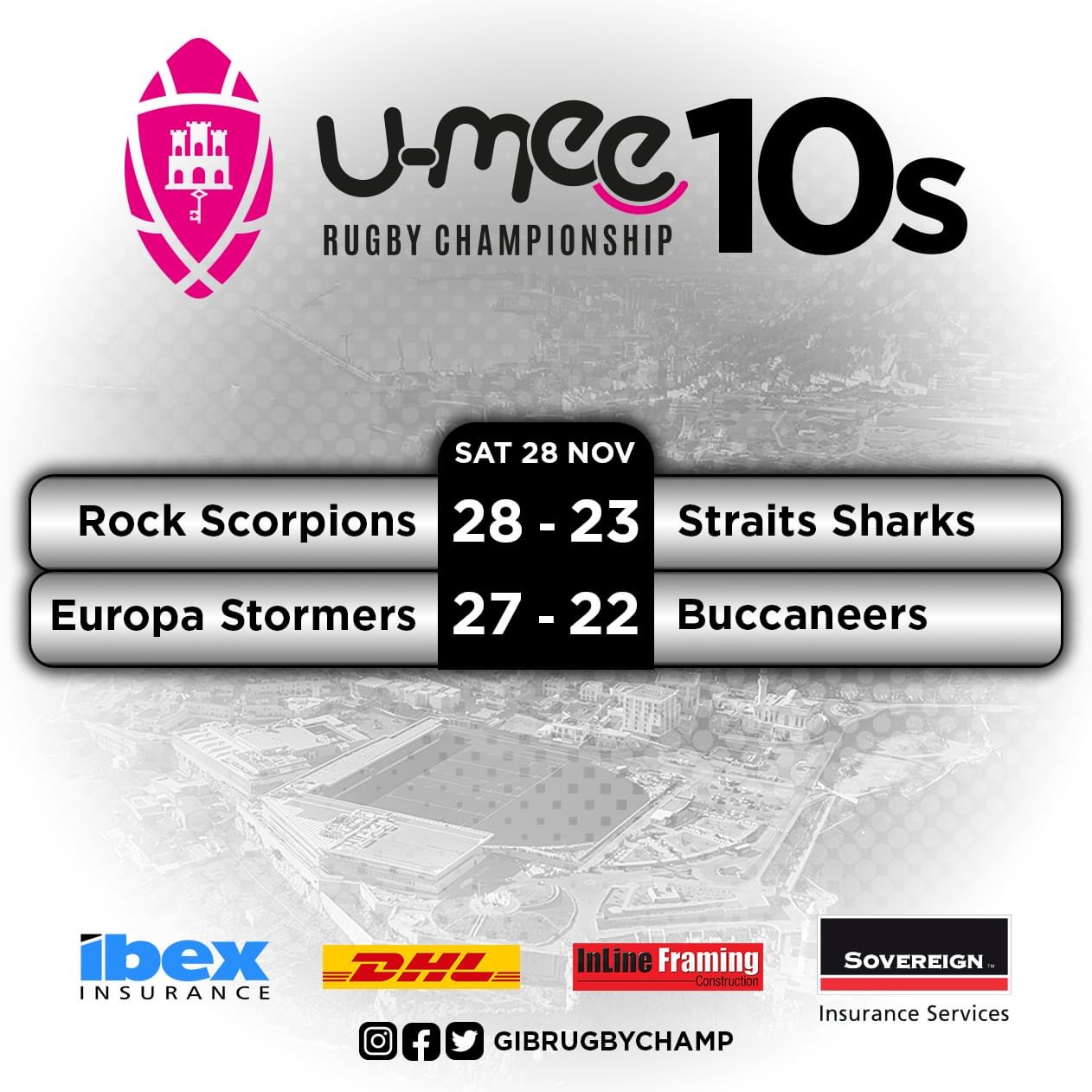 Youth Football kicks off on the Rock