Salvors flooded the stern section of the grounded cargo ship OS 35 on Friday, settling the entire hull on the sandy seabed to provide stability ahead of rough weather expected from tonight through to Tuesday.

After removing booms around the wreck and sealing off vents and hatches, salvors opened sea valves inside the engine room to fill it and the adjacent cargo holds with water, removing any remaining buoyancy.

While the bow section of the OS 35 was embedded into the seabed from the day of the grounding, the stern section retained buoyancy but was attached only by cracked and buckled steel that was constantly flexing in the wave action.

The fear was that swells of anywhere between one and three metres expected over the coming days would rip the ship in two and release dirty residues to the sea.

By settling the entire hull on the seabed, salvors hope to add stability that will keep the wreck intact and in place until the rough weather subsides. 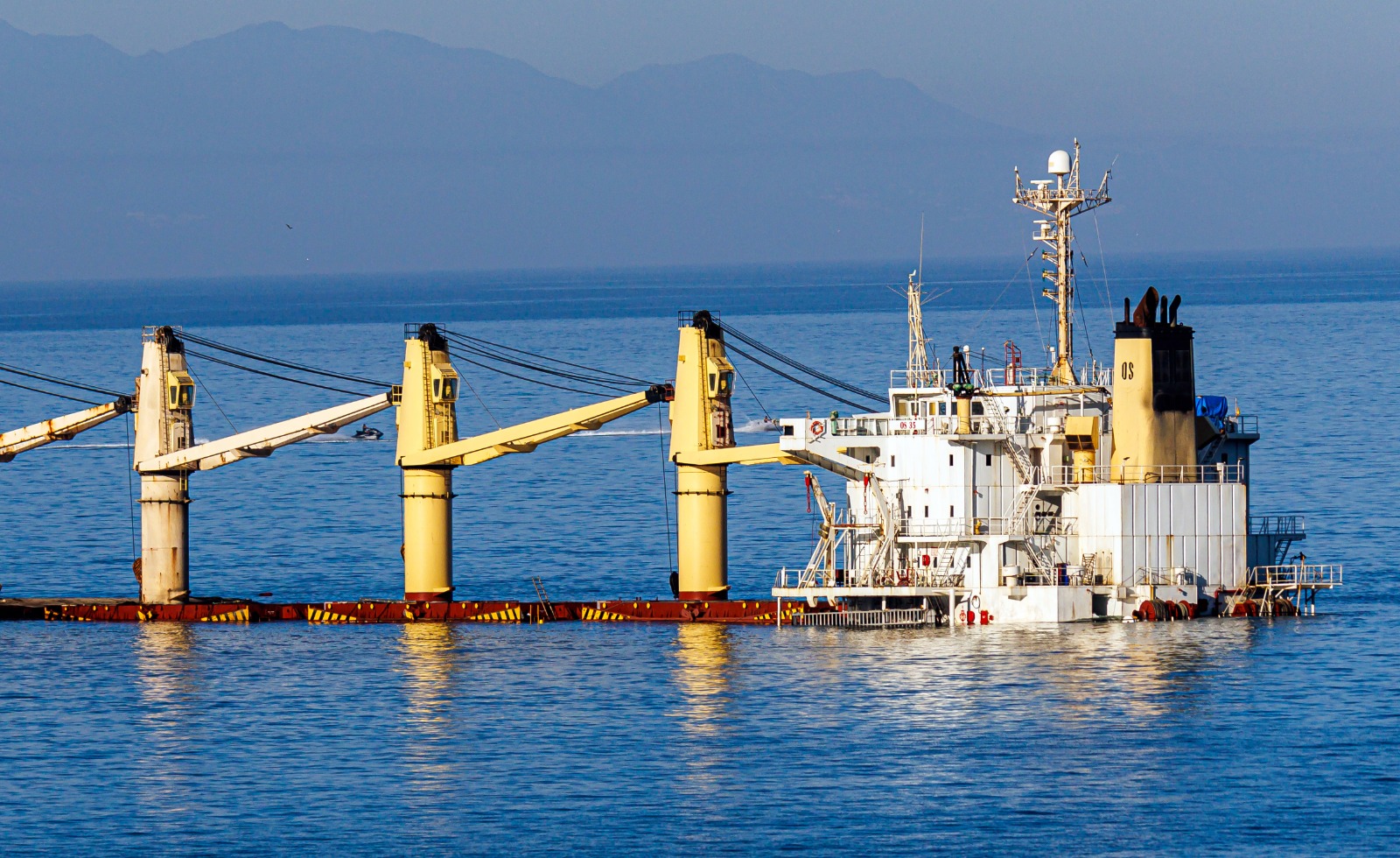 The situation will be monitored throughout the weekend and booms will be put back in place as soon as the weather subsides.

The process of flooding the stern section was slow and lasted several hours.

By evening, the change was clearly visible as the after section sank lower into the sea to settle on the seabed in about 16m of water.

The plan was drawn up by Resolve Marine, the salvage company tasked with dealing with the wreck, and was approved by the John Ghio, the Captain of the Port, following advice from the Gibraltar Port Authority’s independent salvage advisor, Belgian consultant Eric Houtteman.