A two-day-old seal pup was saved from drowning after she was pulled motionless from the North Sea by the skippers of a tourist boat.

The pup is believed to be the first born this season at the Farne Islands, off Northumberland, and had been separated from her mother.

Skippers William McPhee and Andrew Weightman, of Billy Shiel's Farne Island Boats, were taking 19 trippers on a tour of the islands when they saw the newborn off South Scarcar Island.

The pup's white fur gave no protection from the cold North Sea and she looked to have little energy. Seals so young are completely dependent on their mothers. 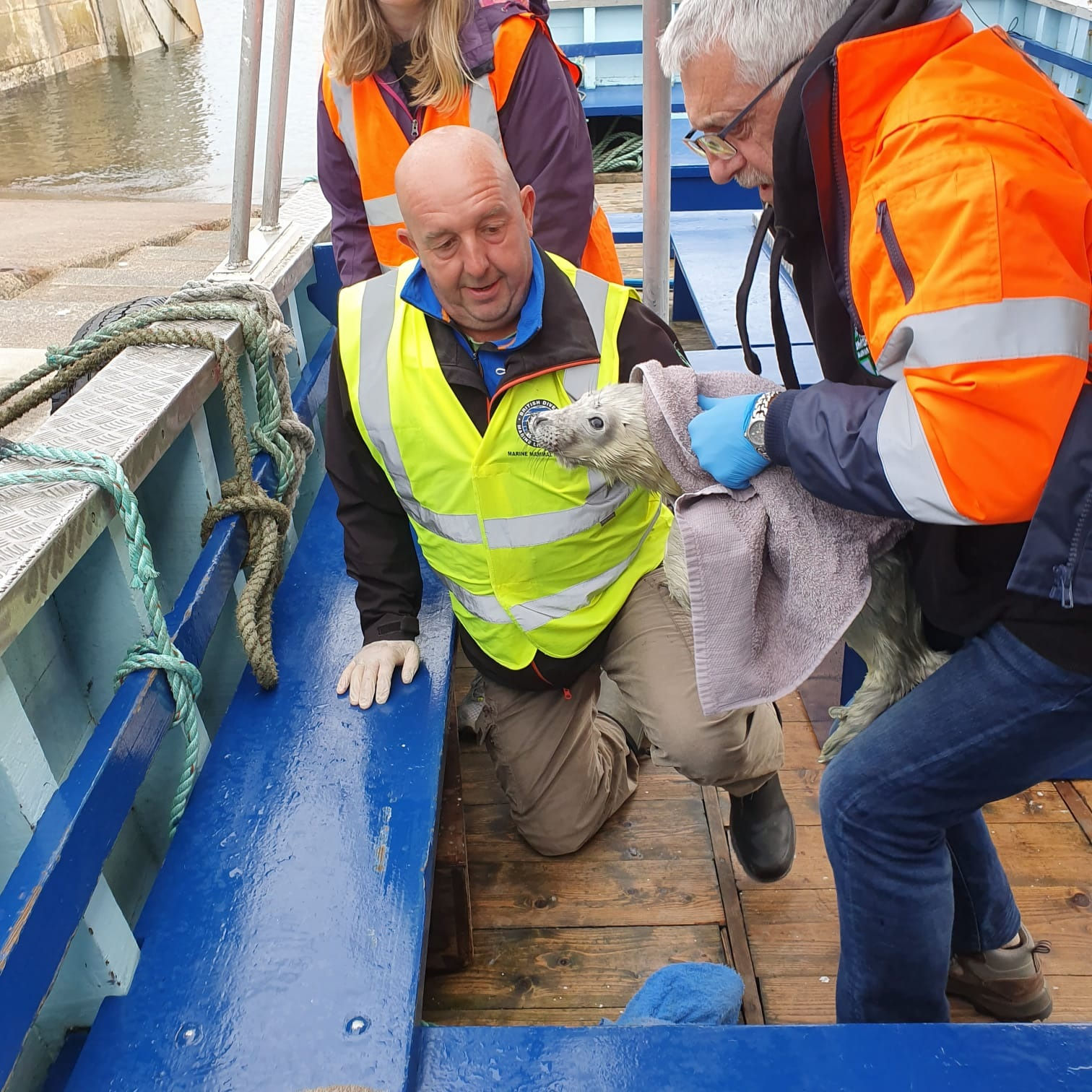 Mr McPhee got his boat alongside and Mr Weightman tried to bring her onboard with a net they use to pick up plastic, but the seal had enough fight in her to resist being netted.

When the boat went by for a second pass, the exhausted 8kg pup was motionless in the water and close to drowning, Mr McPhee said.

They got her on board and the seal, named Macca after the skipper's nickname, was breathing badly.

Mr McPhee said: "You could tell her lungs were full as some milky-looking stuff was coming out. We got her wrapped up in a towel and she started breathing a bit better.

"She did look very rough when we picked her up."

They radioed for help from experts at British Divers Marine Life Rescue (BDMLR) who met them on their return to Seahouses harbour.

Macca had breathed in seawater and was still breathing noisily, but is now making a recovery and gaining energy.

She will be under the care of BDMLR volunteers and Blue Reef Aquarium staff in Tynemouth for several months until she is self-sufficient and weighs enough to be returned to the sea.

A Tynemouth Seal Rescue Unit spokesman said: "She would certainly have drowned if not for the quick thinking and efforts of William and Andrew."

Mr McPhee said Macca was the first live pup they have seen this season.

Most are born between October and December, and many that come so early are stillborn or abandoned, he said.