The Futsal Premier Division and First Division are set to resume this weekend after a short break for the National Day weekend.
After just one round Europa, last season’s champions lead the table through goal difference. They will play South United, who sit directly behind them in what could be one of the first deciders of the season. South United provided a strong display in the first match beating one of the favorites Lynx 8-5 in an exciting encounter.
Top action on the sports court will not stop with Lynx also facing another big match which could once again see their start to the season falter.
Hercules, who this season have recruited players such as Andrew Lopez will be putting pressure on Lynx as they hope to keep in touching distance to both Europa and South United.
Lions, who last season struggled will be hoping to keep their early positive start going as they face newcomers into the division, Saxon. This will be a test for Lions who will be expected to pick up points if they are to continue their bid to stay in the top half of the table.
Another interesting clash will come when Laguna and Bavaria come face to face. Laguna, who have already picked up points this season will be looking at piling pressure on Bavaria who will not want to repeat last seasons performance.
A late surge by Bavaria lasts season salvaged what was a disappointing season for them.
In other matches 54 Lek will take on Zoca Bastion in another early season encounter which could set the tone for positions throughout the season.
In the first division Calpe city wll take on Special Olympics Gib in what should be an interesting encounter. In other matches College 1975 take on Glacis United, whilst Trafalgar take on Stallions who were relegated from the Premier division last season.
Lynx Warriors will be taking on Hound Dogs whilst Lions B take on once Premier League contenders Gunwharf Expendables.
St Joseph’s also once in the premier division take on Boca Juniors with Sporting playing Atletico Gib to complete matchday 2 in the futsal leagues. 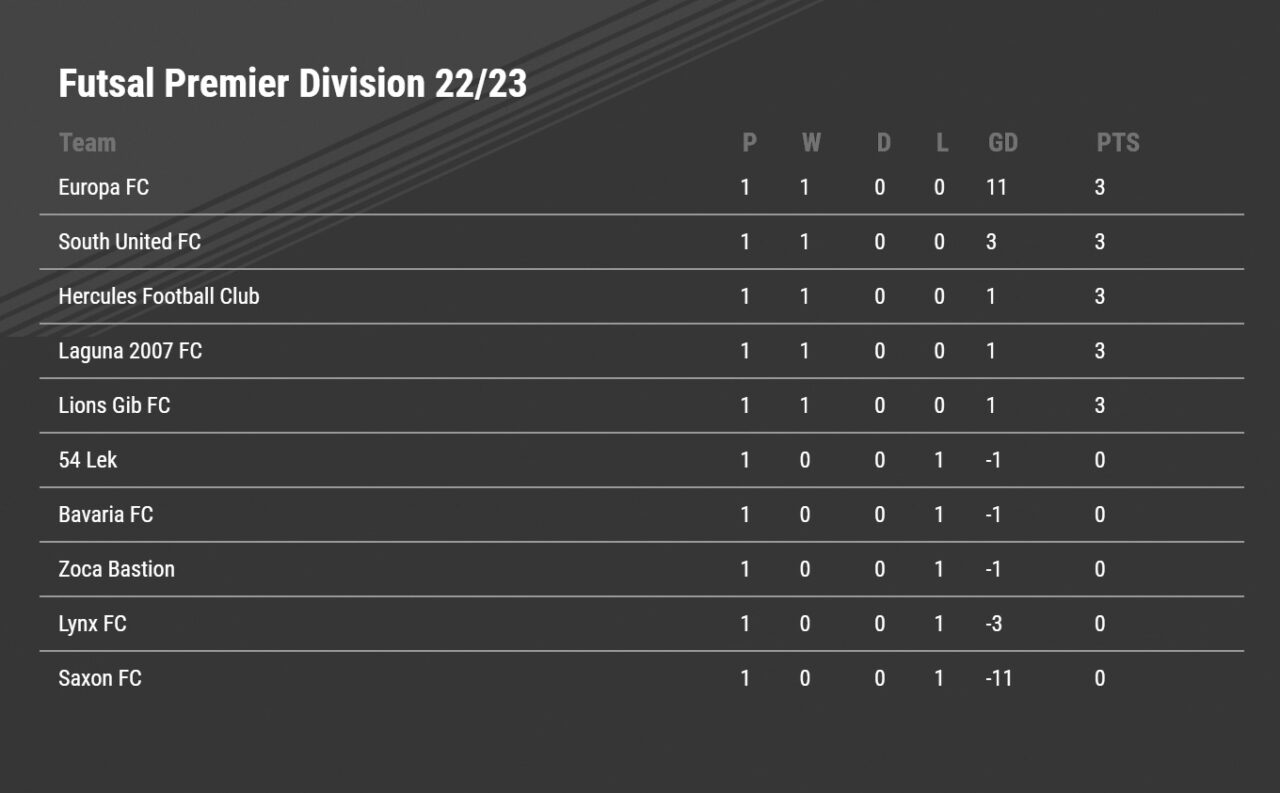