July was a busy time for participants and leaders of the Open Award Centre of The Duke of Edinburgh’s International Award in Gibraltar with Silver and Gold Qualifying Adventurous Journeys having taken place.

In a change from the norm and due to a number of factors, the Open Award Centre (OAC) needed to organise qualifying Adventurous Journeys (AJs) for its Silver and Gold groups in the same area. The area selected was the Sierra de Gredos, northwest of Avila, an area normally used by the OAC for Silver AJs; but due to its vast expanse and multitude of available routes was able to facilitate groups from two distinct levels. 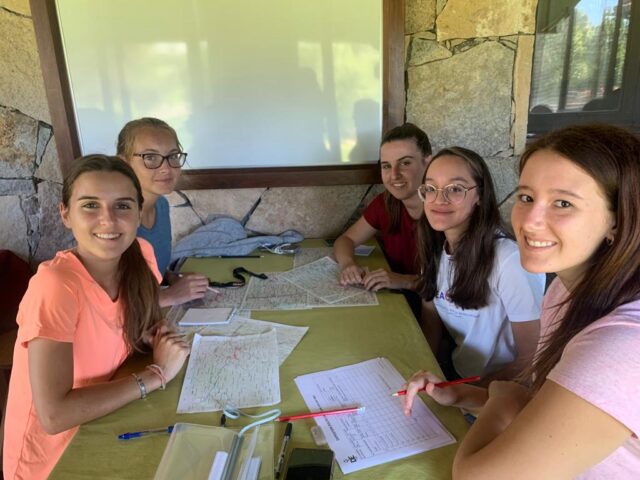 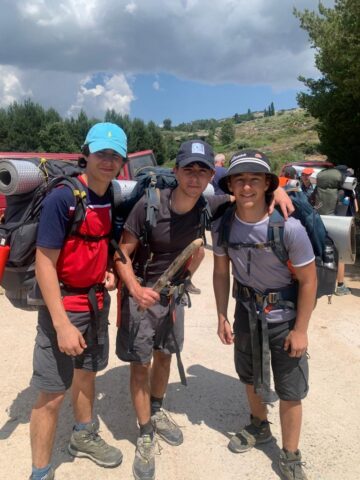 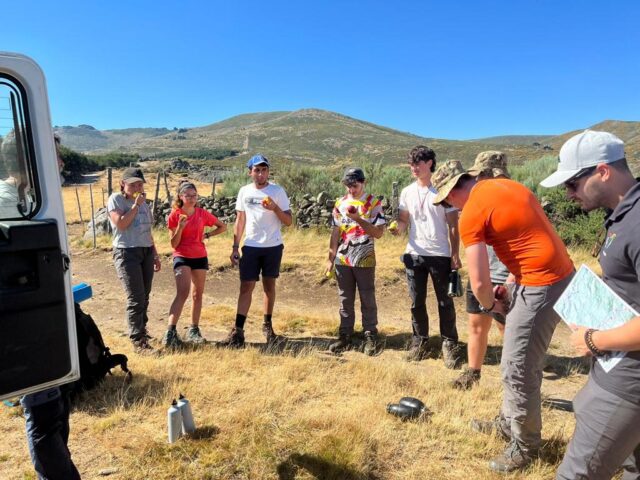 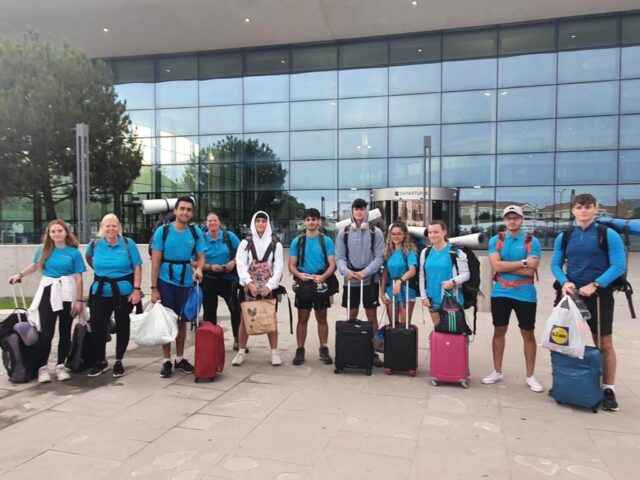 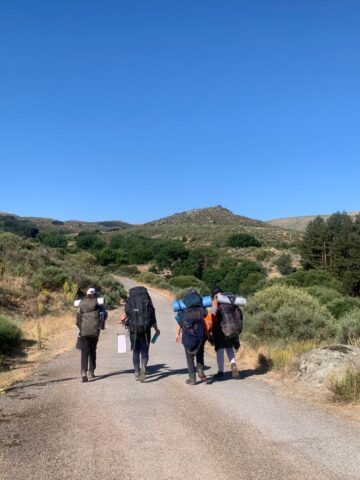 In total there were seven Gold participants and 44 Silver participants who began the journey at 8am on Sunday, July 3.

After an 8-hour coach trip, they arrived at Gredos Centre, their base for the week, where they settled in and, after dinner, held initial meetings with the AJ assessors.

Monday was dedicated to route planning, equipment checks, safety briefings and selection of expedition food. That night all participants prepared their rucksacks for an early start the next day.

On Tuesday, all groups started to leave Gredos Centre from 06.30 at intervals of twenty minutes. The Gold group went off in a separate direction to the Silver groups, as they were using a completely different area. The seven Silver groups were walking in two other directions so by 07.30, all groups had left. 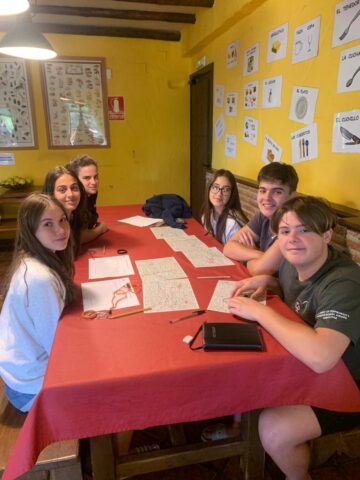 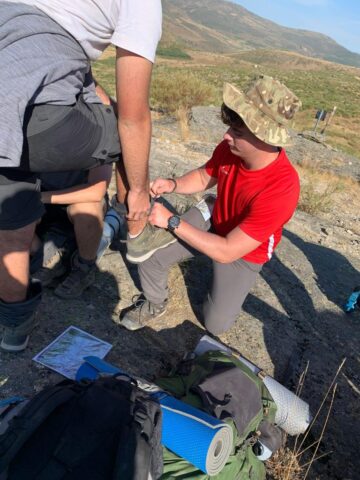 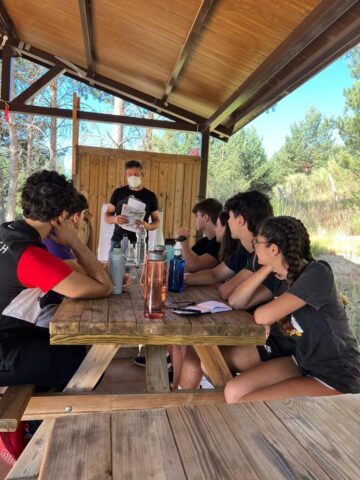 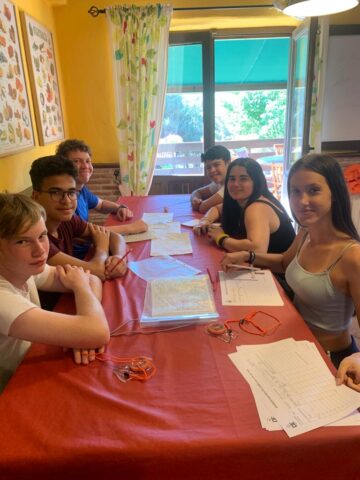 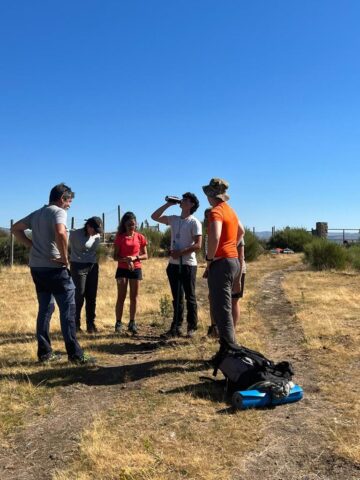 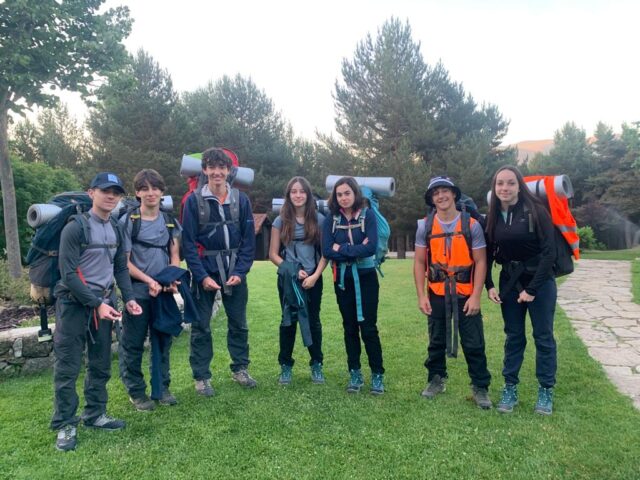 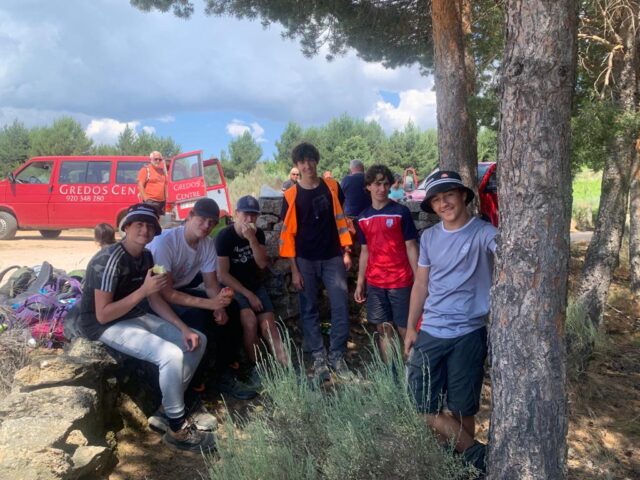 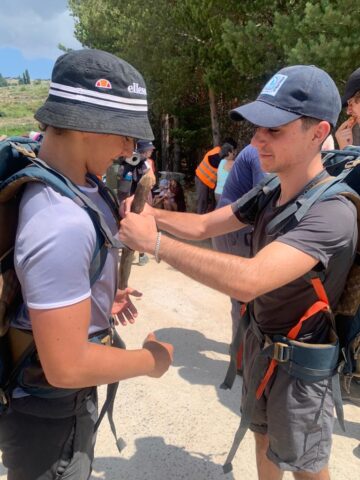 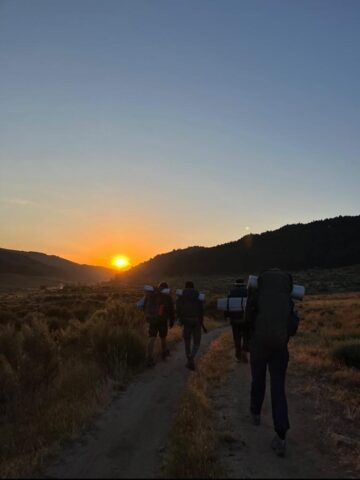 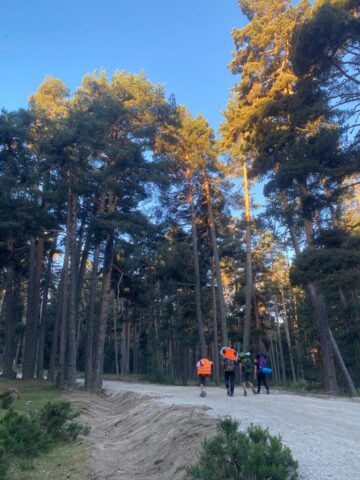 At Silver level, the AJ saw the participants travelling approximately forty-eight kilometres on foot over three days with two nights spent under canvas. The participants carried all their food, tents, stoves, fuel, and other equipment in their rucksacks as they were expected to be self-sufficient during the venture. The same applied for those at Gold but they covered approximately eighty kilometres over four days with three nights under canvas.

As if that was not enough, they did this in unfamiliar wild country by navigating their way along a pre-planned route, occasionally getting lost. But that is not all. The Award requires that participants undertake "a journey with a purpose" and to this end they also need to produce a group project of the venture, which can be anything related to the area or to their journey. The final piece of documentation that each participant will eventually submit is a camp diary; their own reflection of the AJ itself. Both the project and camp diaries are due to be submitted in the coming weeks after which the participants will be deemed to have successfully completed their AJs.

The logistics of organising a trip such as this with a large group of young people certainly had its challenges. Originally, there were supposed to have been eleven Gold participants in two groups but the day before departure four of them tested positive for Covid, thus resulting in only one group of seven making the trip. This required a rearrangement of tents and group equipment, as well as a decision about what the group’s project would be based on. The Gold participants are to be commended on promptly resolving all the issues and how quickly they adjusted to working as a ‘new’ team over their four-day AJ. 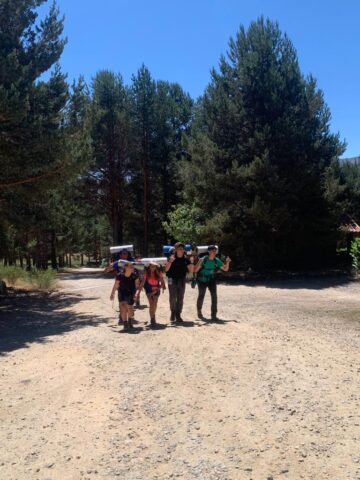 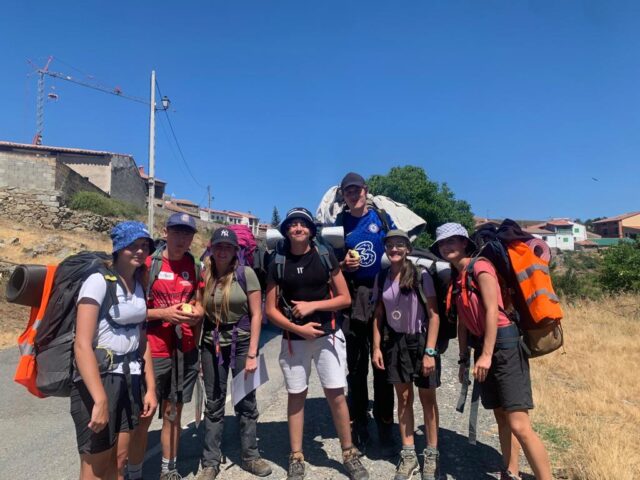 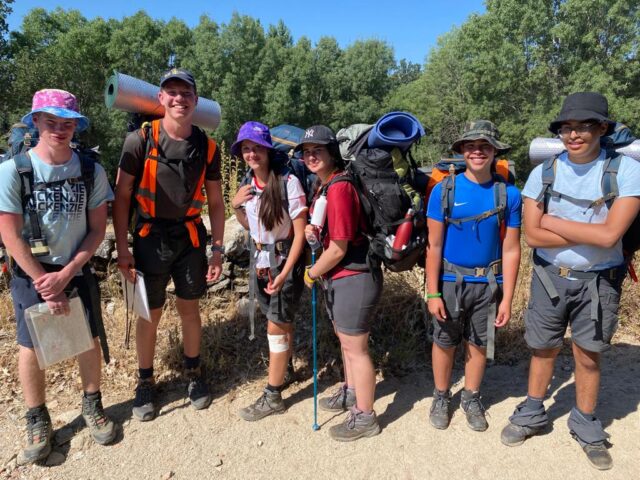 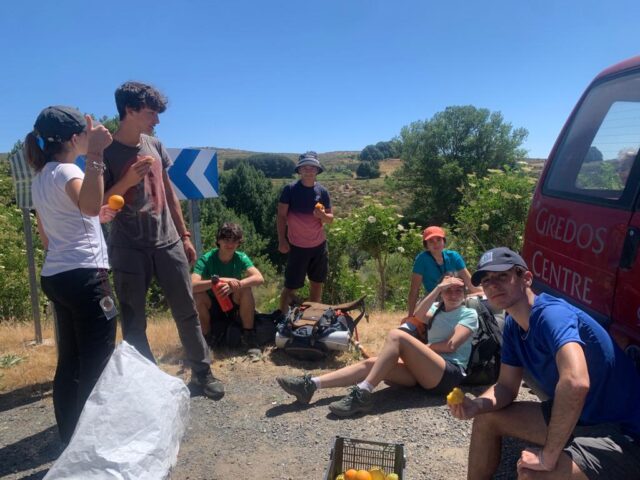 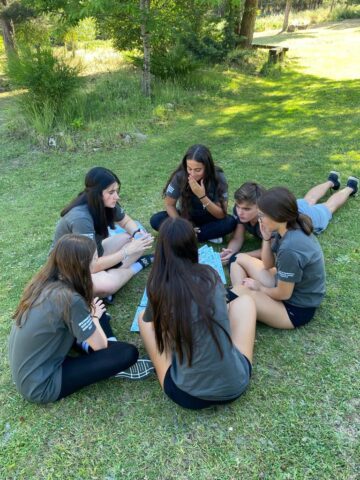 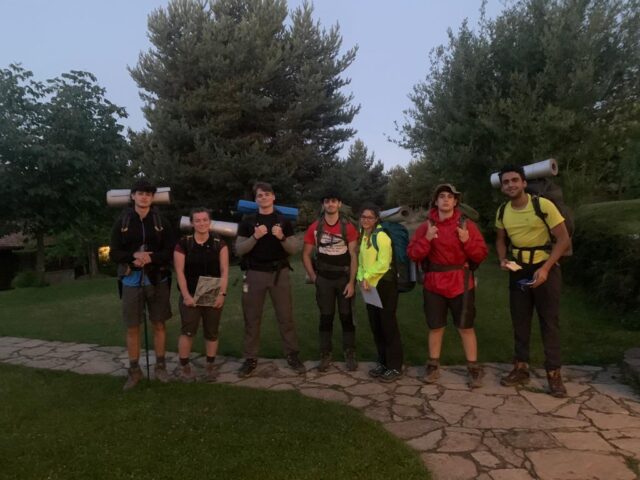 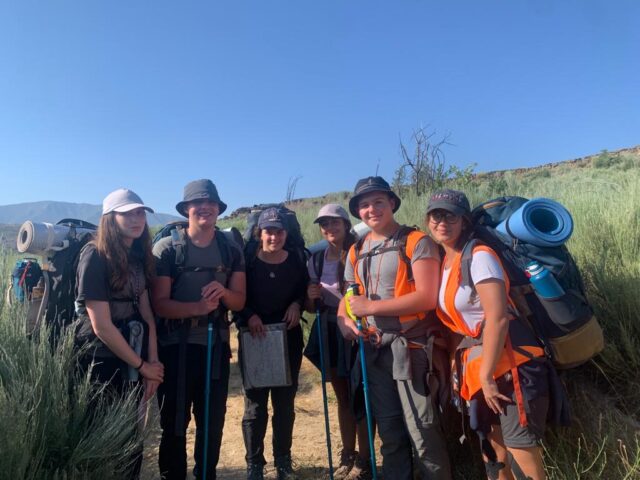 The temperatures in the area where the AJs took place were remarkably high during the day, up to 32˚C, but dropping to around 10˚C overnight. Coping with these changes in temperatures proved quite a challenge for several Silver participants who became unwell and were unable to complete the AJ; although a great shame, they will be re-attempting the AJ later this year.

To add to the drama, on the final evening, the Gold group had to be moved from their planned campsite, owing to emergency works in the area, and had to use an alternative campsite.

Adult leaders, who functioned as supervisors and were responsible for the safety and well-being of the participants whilst away from the Rock, accompanied the participants on the trip. The Award and the participants want to thank them, and many others, for all the time they have spent over the years in getting them ready for the qualifying AJ and for accompanying them on this venture.

The participants and the Open Award Centre met the costs of the trip together with support from the Gibraltar Government’s Youth Grant.

For further information about the Award as a whole, please contact the Director, Michael Pizzarello, michael.pizzarello@thedukes.gi or visit www.thedukes.gi 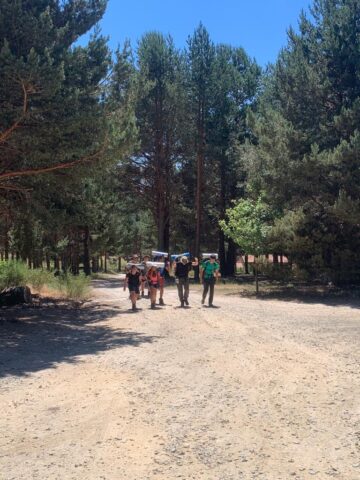 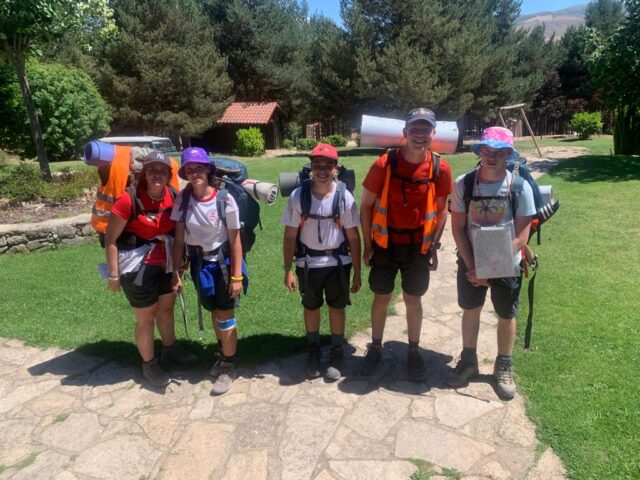 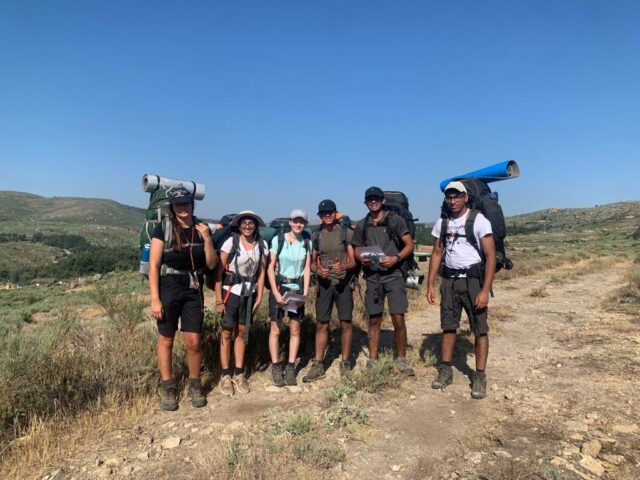 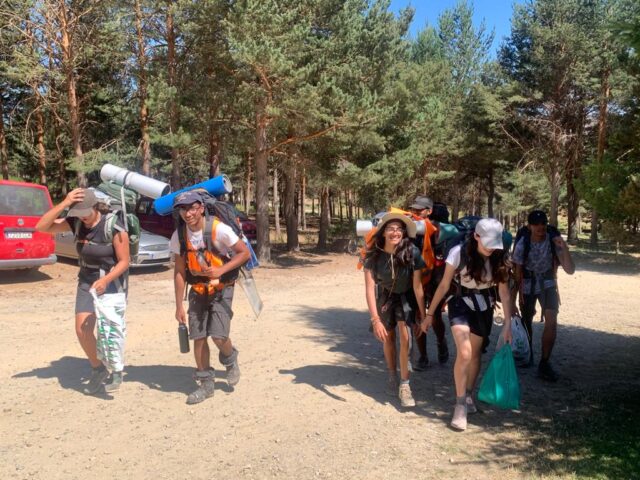