The athletes from Special Olympics Gibraltar football team arrived home on Monday after collecting silver medals in the Special Olympics five-a-side small nations football tournament in Liechtenstein. In an exciting competition the team kicked off in style with a 5–1 win in divisioning over Monaco on Saturday morning with Giovanni Yeo landing 4 goals, followed by a 5–0 victory over the Isle of Man.
That led to SOG being placed in the top division where they faced stiff opposition in the first competition match against Montenegro which they lost 4 – 1. However they bounced back in the next game against Monaco which they won 5 – 1 followed swiftly by a 3 – 2 victory over the Isle of Man. This resulted in a place in the final against Montenegro on Sunday afternoon. It was a closely fought, exciting game but in the end Montenegro proved too strong for SOG and beat them 7 – 3, to leave SOG in silver medal position. Yeo was the overall top SOG goal scorer in the tournament with 8 goals followed by Gianni Ochello with 4 goals.
The SOG team had time to have a look around Vaduz while they were there and met Princess Nora of Liechtenstein who hosted a reception for the teams. They also had a training session on the first day run by Ramon Gartmann and Nicolas Hasler, two international players from Vaduz FC. Representing Gibraltar at the competition were Nolan Baglietto, Giovanni Yeo, Gianni Ochello, Francis Avellano, Nathan Borg, Liam Chipolina Gomez, Tyrone Davis and Lee Guerriero.
Annie Risso heading the delegation said “Our footballers are hungry for tournaments like these. They worked hard and showed great teamwork supporting the likes of newcomers Liam Chipolina Gomez, and Nolan Baglietto who is back in the game. It was an excellent tournament which we hope to see more of. The Small Nations Football Tournament is here to stay and we are looking at travelling to Montenegro next. We are very thankful to the GFA whose support through their Social Responsibility Initiatives has made this possible”
The teams arrived back on the Rock on Monday. The trip was sponsored by the GFA as a part of their Football Social Responsibility Initiatives and upon their return home from Liechtenstein, Gibraltar FA General Secretary Ivan Robba congratulated them on winning the Silver Medal:
“Congratulations from all of us at the Gibraltar Football Association to everyone involved in the Special Olympics Team who have put in some amazing performances out in Liechtenstein over the past few days. Winning the Silver Medal in such a tournament is testament to all of their hard work and determination. Once again they have proved to be truly great Gibraltarian Ambassadors on the international stage.”
Images sourced from Gibraltar FA and Special Olympics Gibraltar 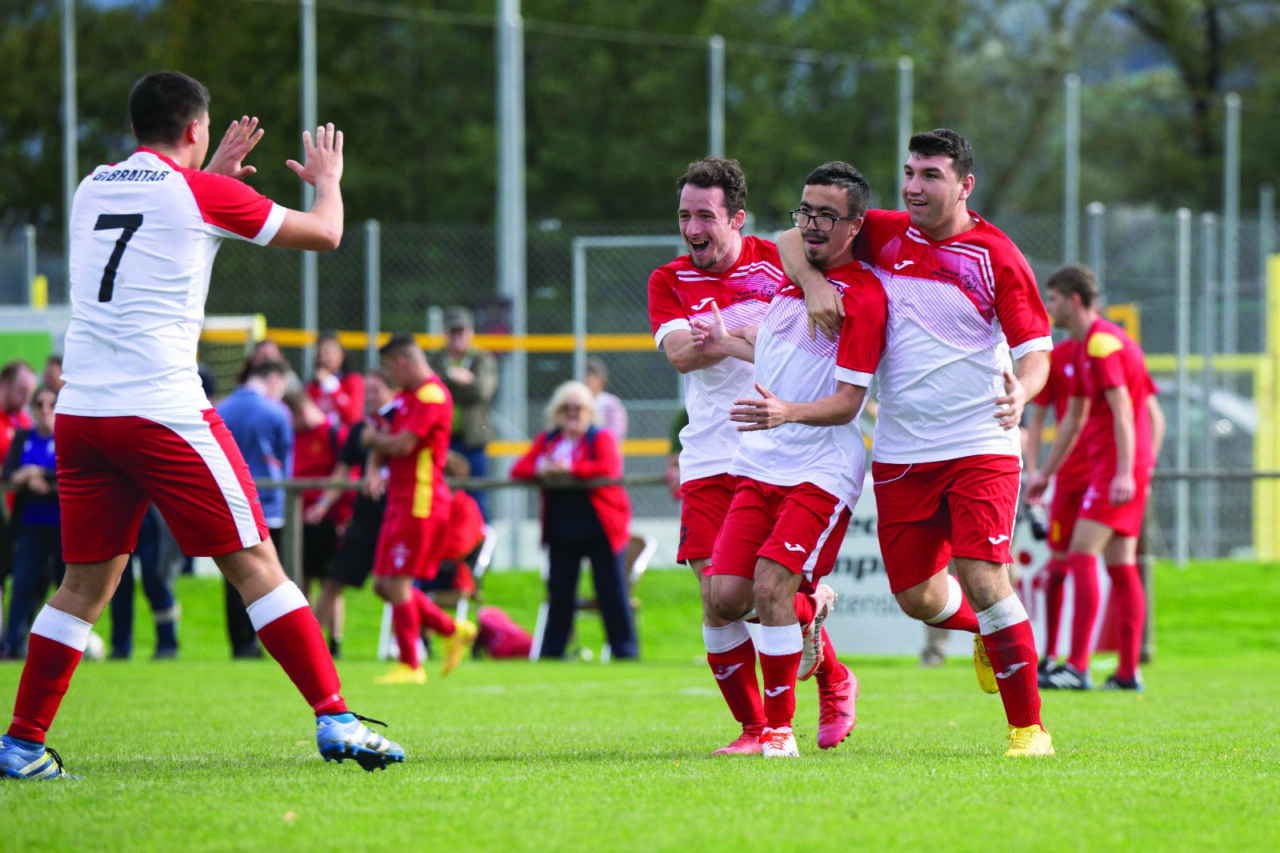 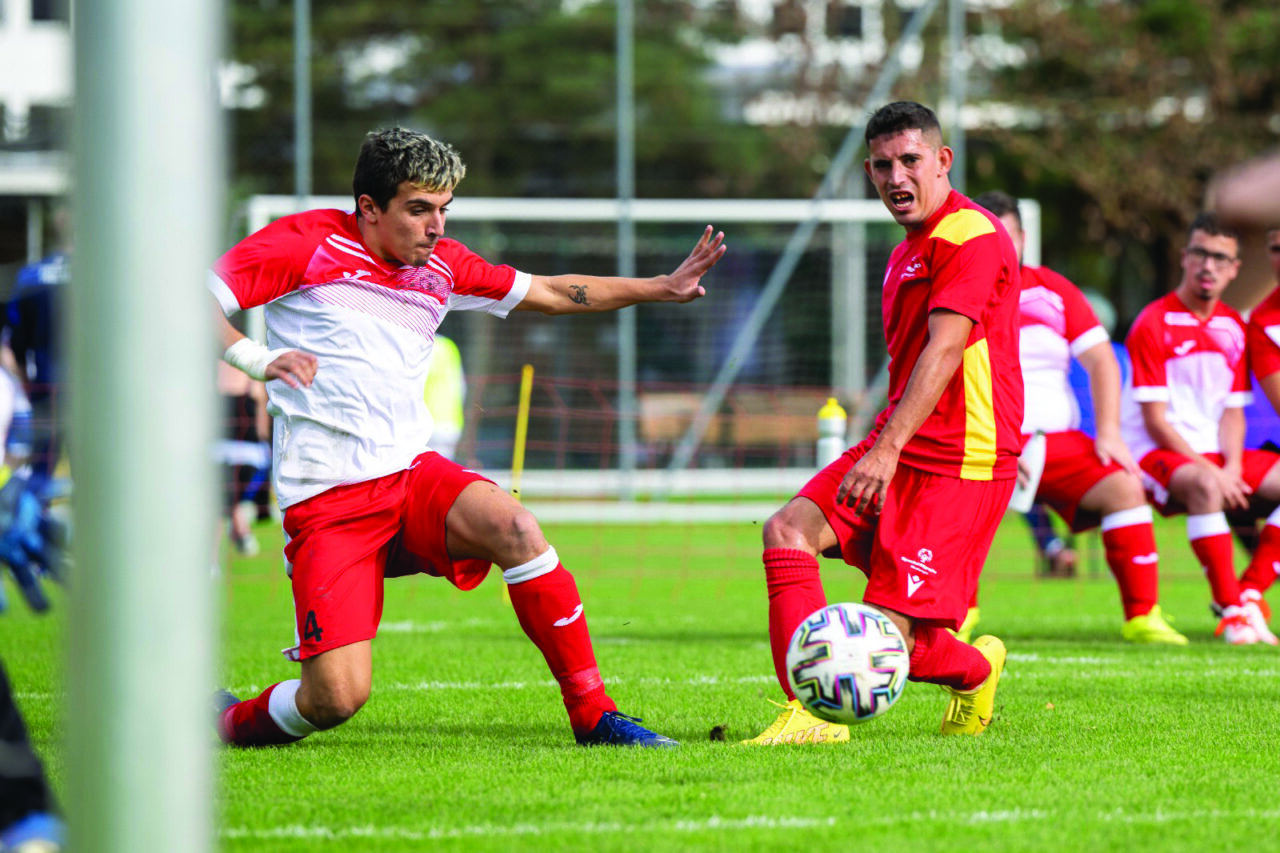 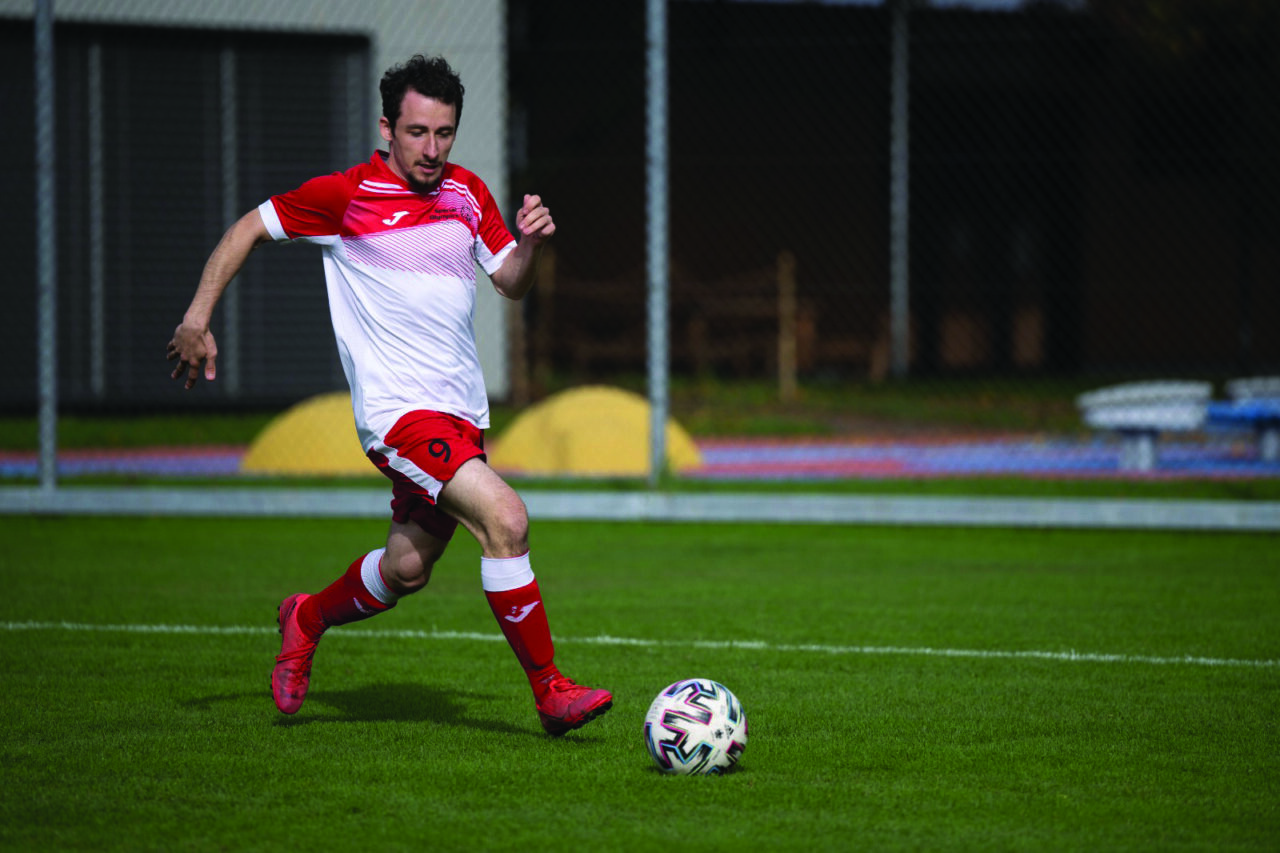 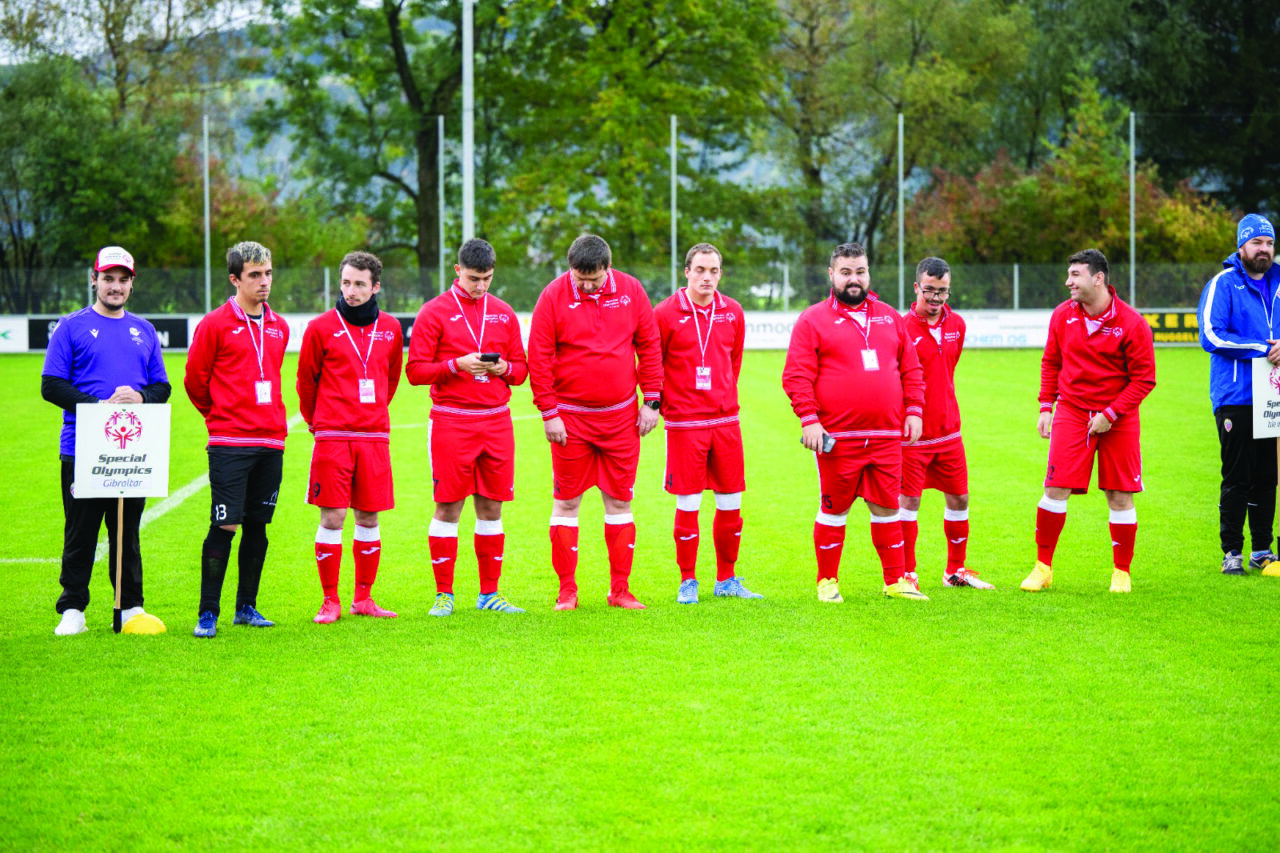 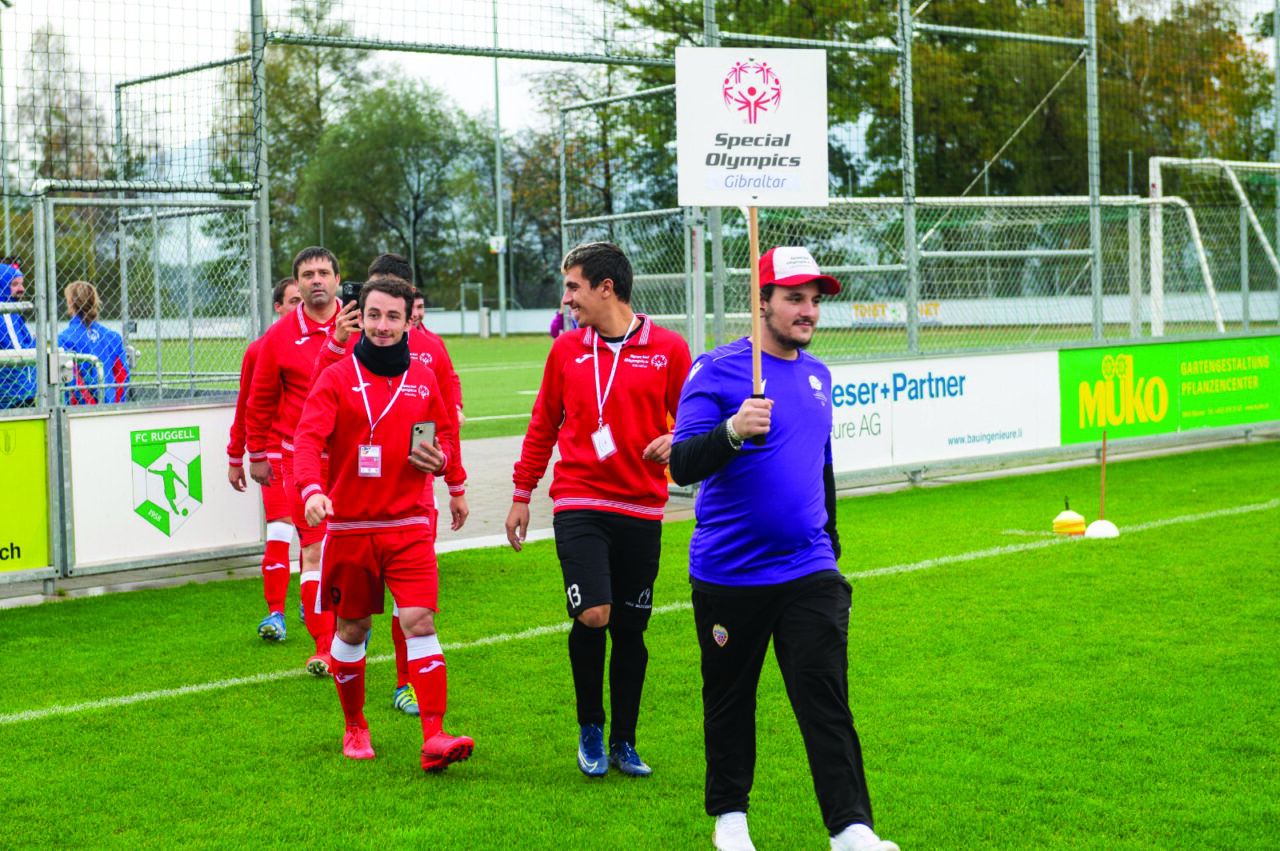 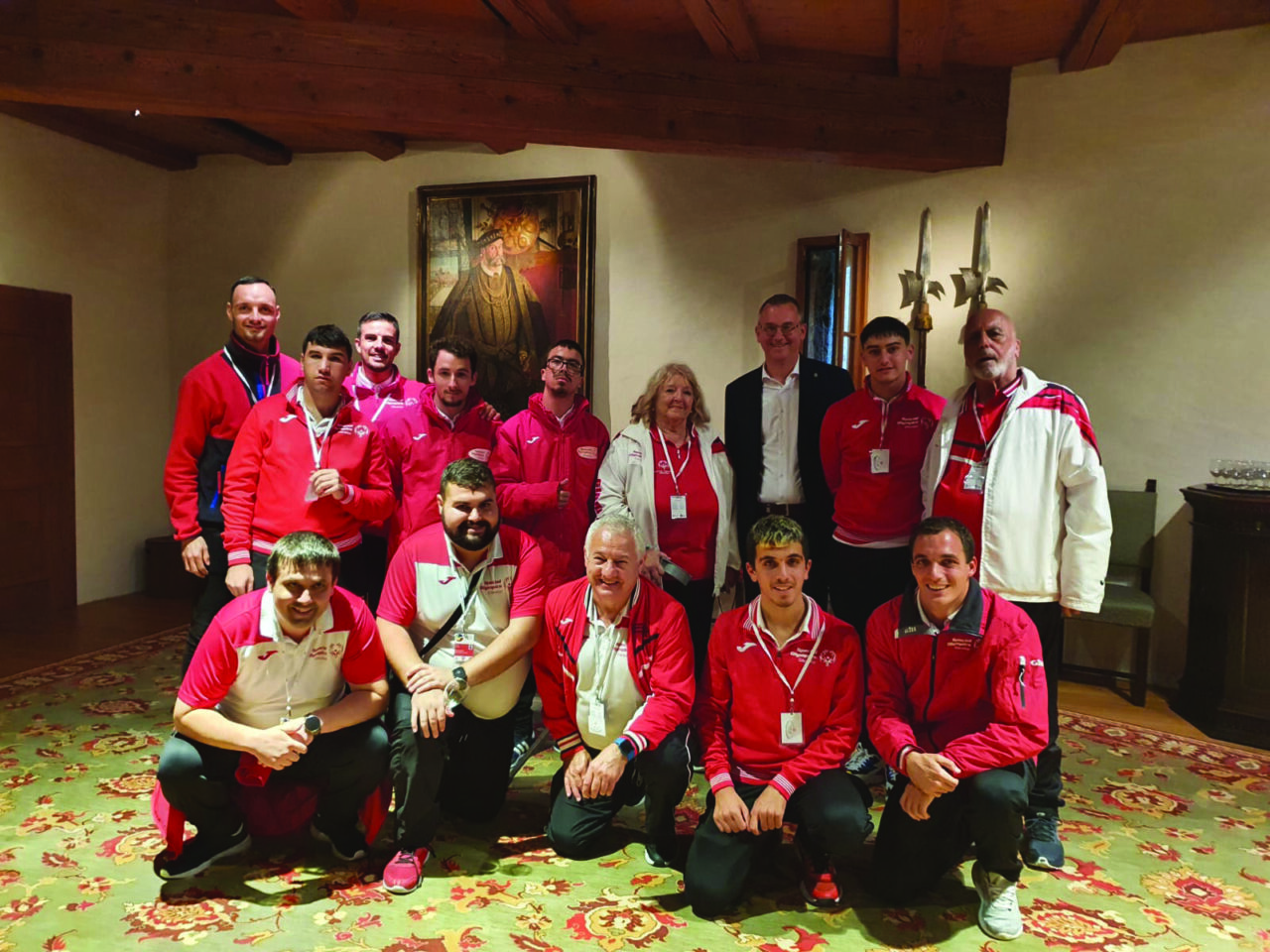 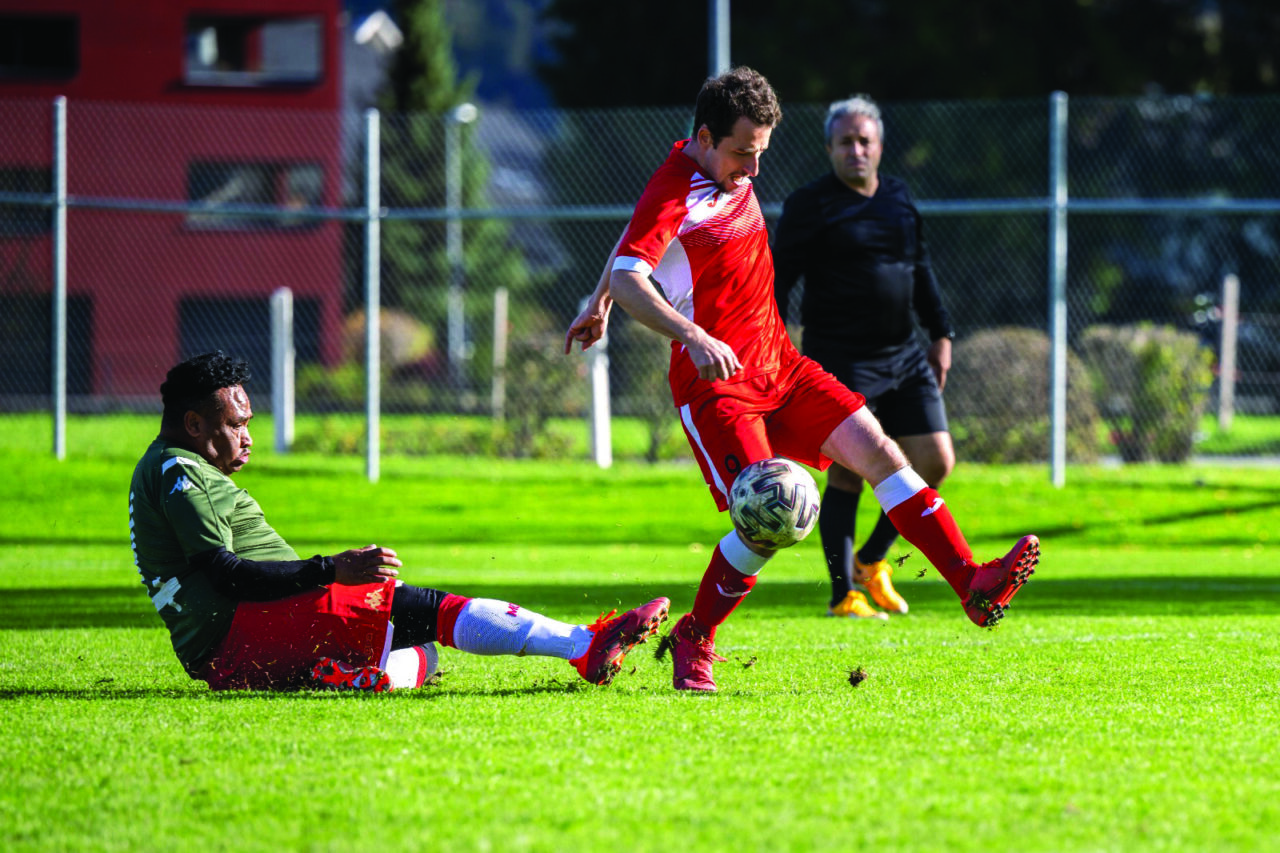 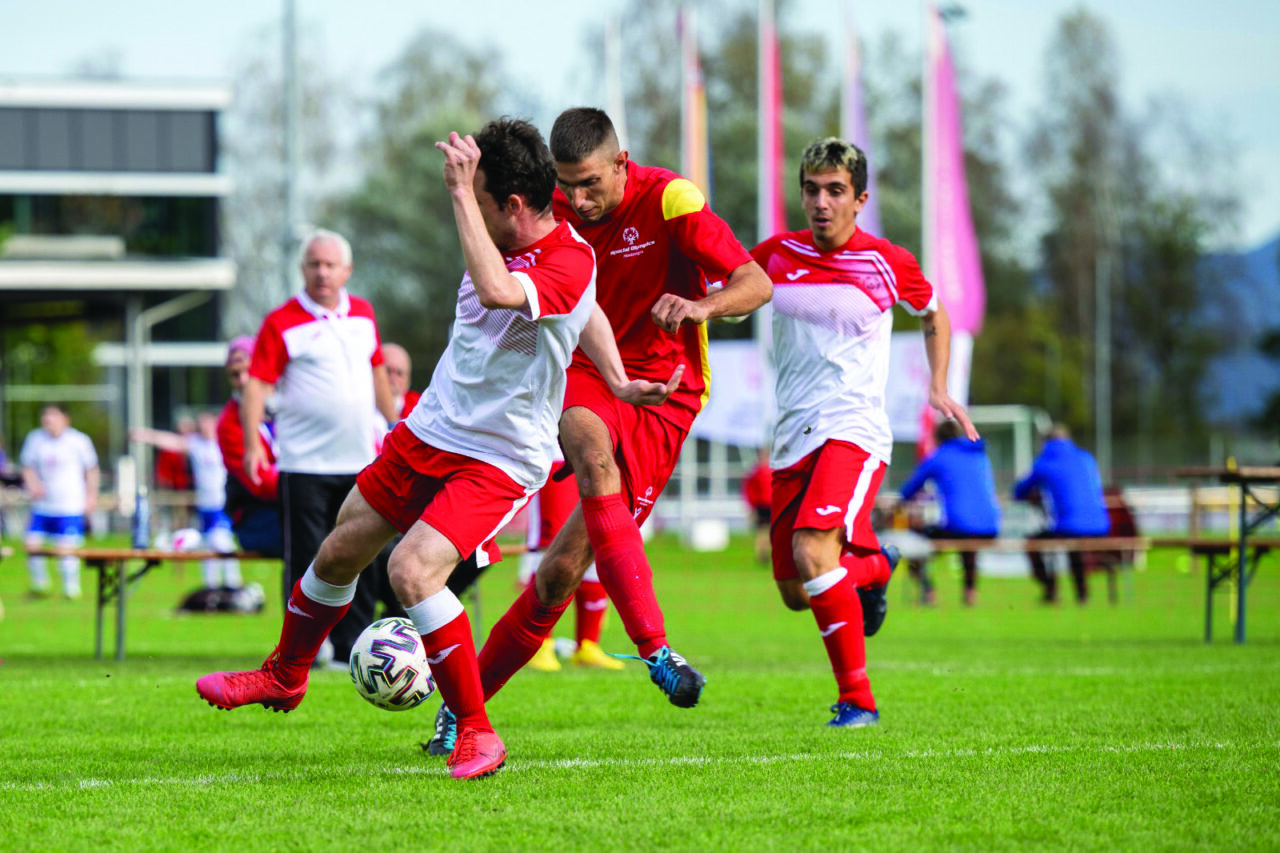 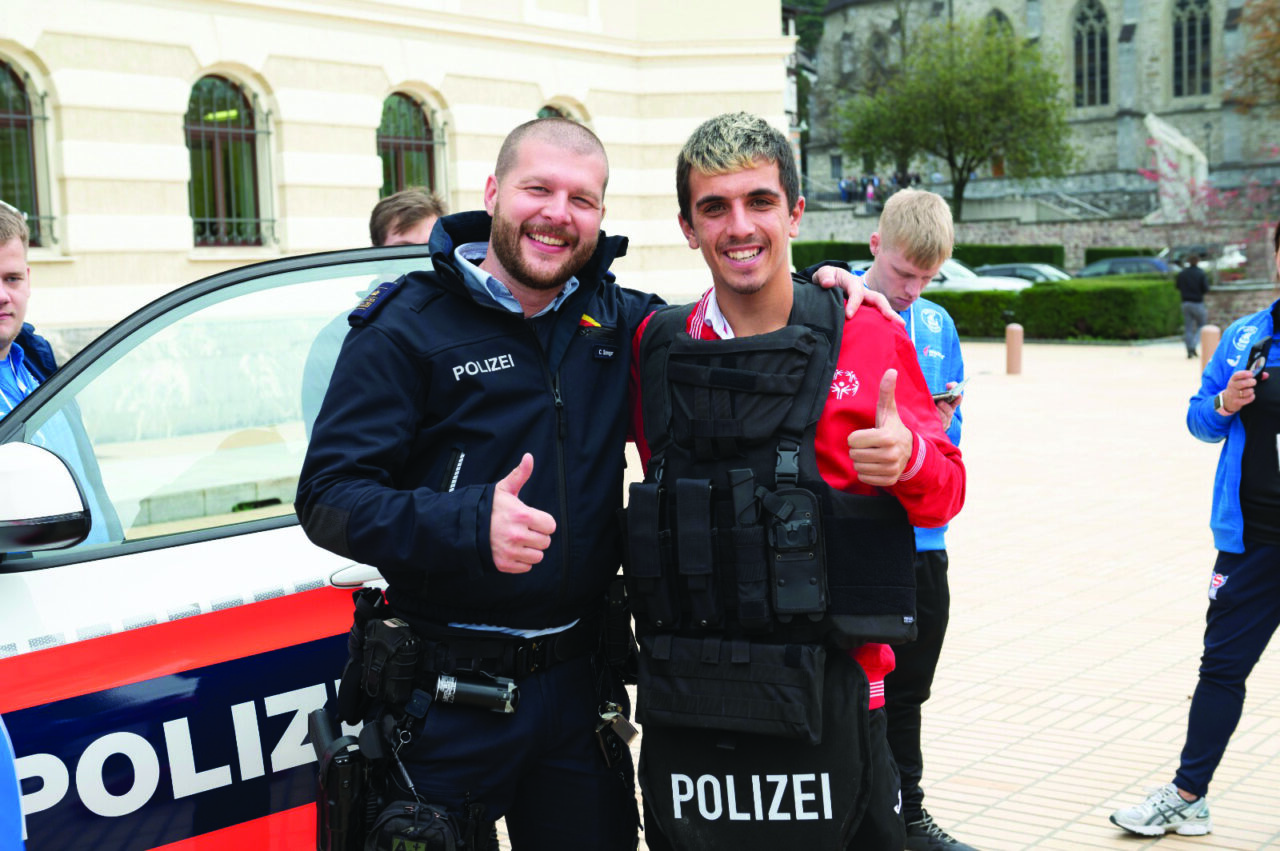 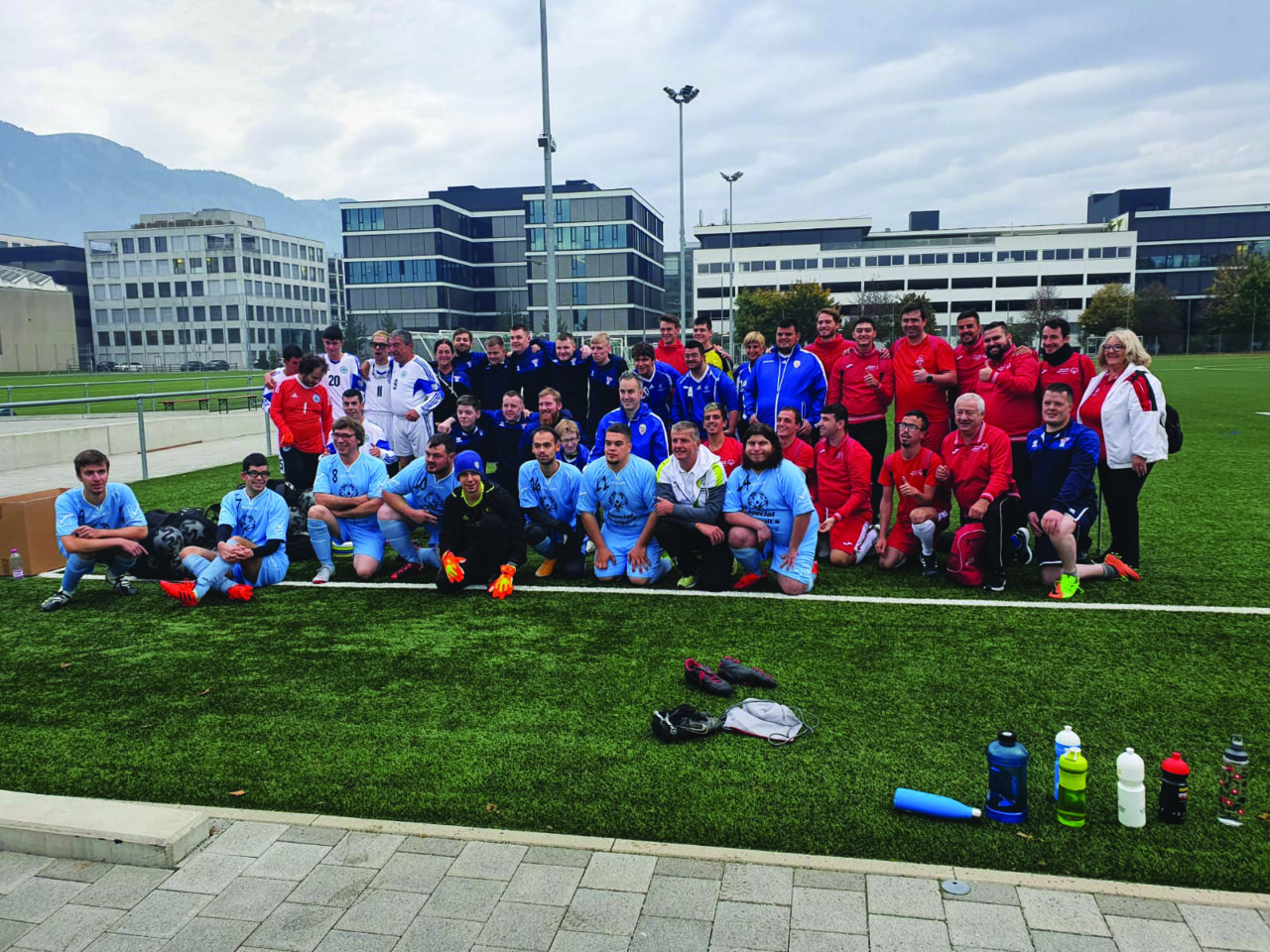 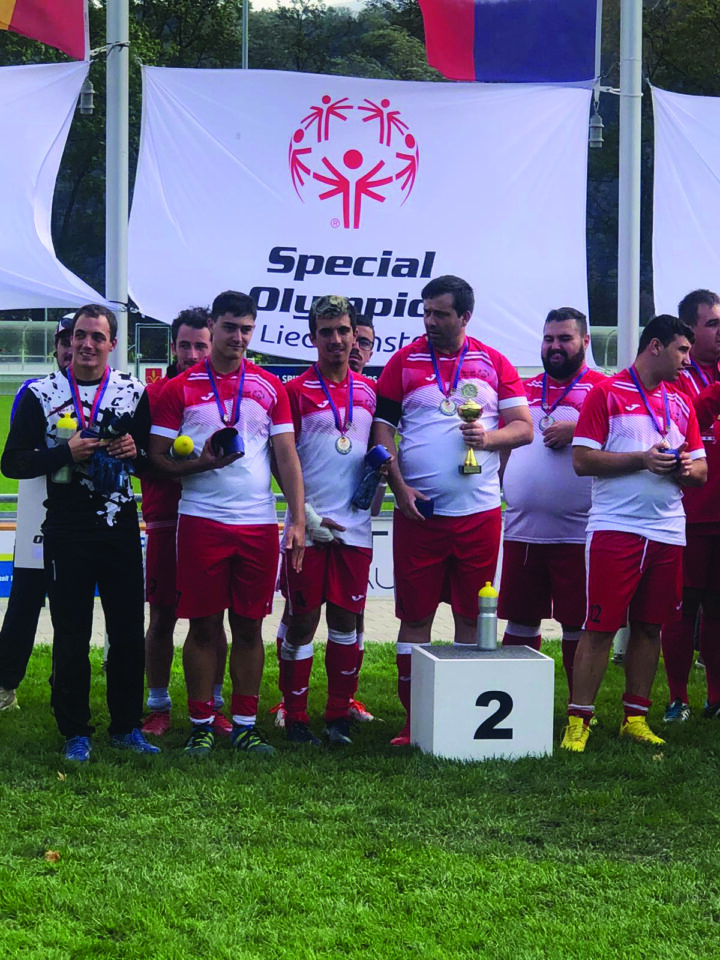