Sirmione is not a name people conjure with when describing Italian beauty spots. However, a visit is truly worthwhile as it is situated at the southern end of the splendid Lake Garda, the largest and easternmost of Italian lakes. The lake itself is breathtakingly impressive; it is also a favourite among sports lovers. Not being the ‘sporty’ type, we went there to enjoy the natural splendour of the lake setting and to make a pilgrimage to the home of one of my favourite Roman poets, Catullus.

Charming Sirmione is a promontory extending into the southern end of Lake Garda. On our first visit to the Lake, we witnessed a wedding. Films, as we all know, tend to exaggerate and embellish, but this wedding made us think of the iconic wedding in Godfather 1! The Italians know how to be convivial and this celebration was a perfect example of family love and unadulterated joy.

Catullus owned a villa here. The ruins of the Grotte di Catullo lie among ancient olive trees at the northern tip. There is nothing spectacular about the ruins, but the mere fact Catullus spent time here away from the noise, strife and amorous complications of Rome, endows the place with its own distinctive atmosphere.

We had a copy of Catullus’ poems so we read out a few lines where he describes Sirmione: ‘Salve, venusta Sirmio, atque ero gaude.’ A loose translation would go like this: ‘So, Sirmio, with a woman’s loveliness, gladly echoing Garda’s rippling lake-laughter, and laughing there, Catullus’ house catching the brilliant echoes!’ If you stand quietly by the shores of the lake, you know why the poet laughed so heartily when he returned to his villa, having left the hubbub of Rome far behind. 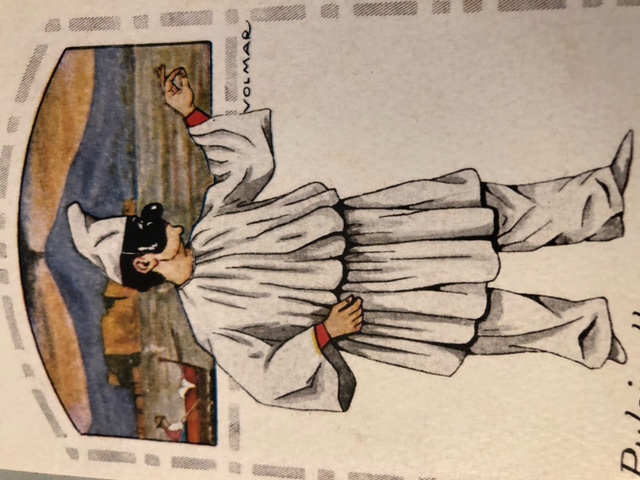 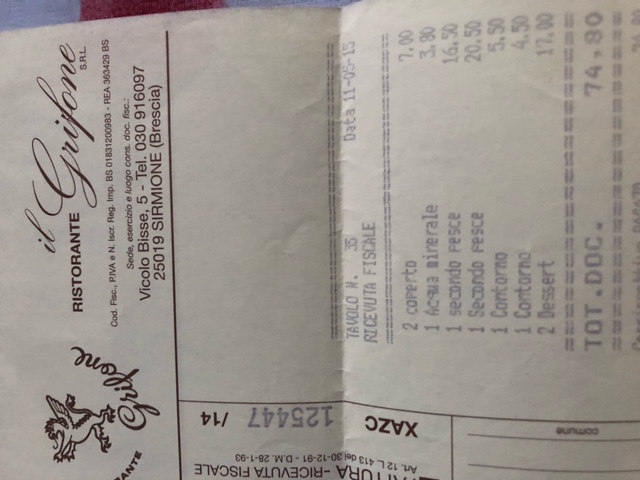 Naples. We shall now catch a train which will take to ‘il Mezzogiorno d’Italia,’ southern Italy.

Our arrival in Naples could not have been less auspicious. It was late at night; the taxi left us in a deserted street; we couldn’t see a building that looked remotely like a hotel. We were told to climb some steps; the hotel was just beyond the steps. We hauled our luggage only to find that a steep hill lay in front of us. At the top, to the left, there was an iron door: we buzzed and a young voice said he would open what looked like the entrance to a fortification.

We now stepped into a large, empty room sparsely decorated with a few gruesome religious images and went up to the first floor in the lift. There was something uncanny about the place: it was weirdly quiet and as we spoke in a hush, the young lad, who was now carrying out suitcases, turned round and said: Shush...i padri dormono. The fathers are sleeping.

Only later did we realise we were in a monastery or seminary and the top floor was still being used by a religious order. As the numbers in the order shrank and money became scarce, they had hit on the brilliant idea of transforming the first floor into a guest house. We didn’t say another word that night in Casa Tolentino.

When we opened our window in the morning, we were stunned by the view: the whole of Naples and its Bay were splayed out in front of us. With the help of our guide book and map, we slowly gave a name to the landmarks stretched out in the limpid waters of the Bay. Vesuvius loomed menacingly to the left, thankfully inactive since 1944; Sorrento was a blur to the right of the volcano; a thin strip of land was Punta Campanella, supposedly the home of the sirens in Homer; Capri lay directly in front of us in the middle of the glittering Bay; Ischia, a lovely island we visited during our stay, was just beyond the outstretched arms of the Bay and invisible; Posillipo, mentioned in Gerard de Nerval’s El Desdichado, was just peeping out at the extreme right of our view. Further up the coast was Cumae, the fabled home of Virgil’s Sibyl and, nearby, Virgil himself was resting after the arduous task of composing the greatest epic of the Roman world. This was truly a land steeped in myth, history, legend and literature! 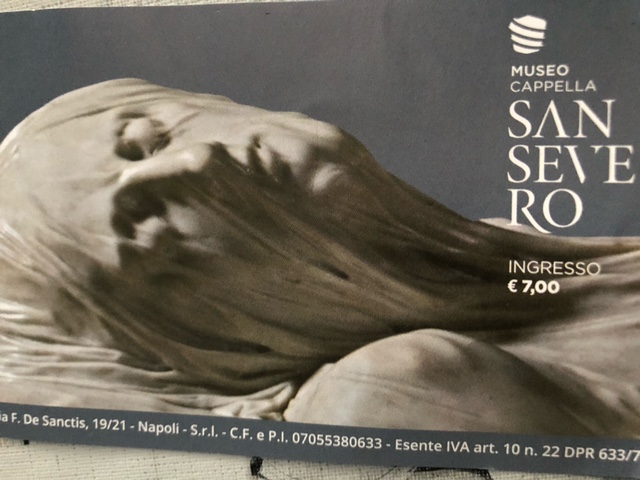 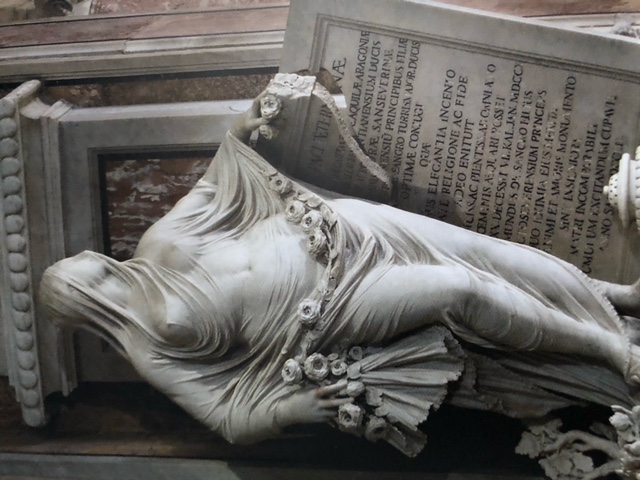 If there is a word which suggests itself when you speak of Naples, it’s ‘vibrant.’ When we descended to the city proper (you had to rely on a funicular), we were immediately plunged into a teeming mass of humanity and traffic. We strolled along the Via Toledo, the main artery in Naples, courtesy the Spanish viceroy, Don Pedro de Toledo.

Half way along this busy thoroughfare, we found ourselves admiring another Dante statue, peering at us questioningly, in the middle of the spacious piazza obviously named after the great poet. To our delight there was a narrow, winding side street, Port’ Alba, lined with bookshops. We riffled through many a musty volume, old maps, yellowing art books, and dogged-eared, second hand classics. There, in an inconspicuous corner, was a copy of the Carlo Collodi’s Le avventure di Pinocchio. We were familiar with the English version; here was a chance to improve our Italian with the original version of the pranks of that endearing puppet!

To the left of the Via Toledo you find the colourful Quartieri Spagnoli. This is a warren of narrow alleys and streets, formerly the quarters built to billet the Spanish troops stationed in Naples. Nowadays it’s festooned with people’s washing, there’s an ever-pervasive smell of detergent in the air, and young daredevils race down its slightly inclined paths on their Vespas. You are strongly advised not to venture into this labyrinth on your own, especially at night. We, of course, strolled down in broad daylight and ended up buying a figurine of Pulicinella in one of the many stalls that line the streets. The poet Leopardi lived here. It must have been for a short while, bearing in mind his fastidious nature and love of peace and quiet. This area now houses working class people and there is a constant cacophony of radios, televisions, motorbikes, raised voices, and washing machines!

When trying to understand the Neapolitan character, you need to study the figure of Pulcinella. His white garb and black mask make him easy to identify, but his antics and background make him a puzzle. He is supposed to be stupid, but is endowed with native cunning and ‘know how’. We cannot really tell whether he is just a mere puppet, a caricature or an ideal the Neapolitans aspire to. Certainly, he looks after himself, is always scrounging for a meal, and is quite shameless. For all his egoistic qualities, Pulicinella is generally amiable and fun to have around. The statuette we bought still graces one of our shelves.