Sixteen corporate teams took to the field at pitch 2 at the Victoria Stadium this Friday to raise funds for charity.
This event was organised by the Peter J Isola Foundation and supported by ISOLAS LLP and Fiduciary Group in order to raise funds for the GBC Open Day.
Organisers explained that “Invitations were sent to various companies asking if they would like to participate. A £200 registration fee for each of the 16 teams who registered meant we collected a grand total of £3,250 (the extra £50 being an additional donation by one of the teams).”

A total of sixteen teams registered to play these being:

The format was played out as four groups of four with the top two in each qualifying for the knockout stages and the bottom two of each group entering a ‘Plate’ knockout competition.

Pitch 2 became the focal point this Friday as teams gathered and filled up the usually quiet pitch on a Friday morning.
With the stands filled by waiting teams and friends along with the ambience on the pitch the morning sessions were akin to a Saturday morning of football at the stadium. Among the teams were some known faces in football and other sports, including a GBC team with its sports reporters taking the plunge.
“The level of football was really quite high and once into the knock out stages the pressure was on the teams to perform,” commented organisers.

The winners of the Plate were Kleinwort Hambros Bank who beat GBC. 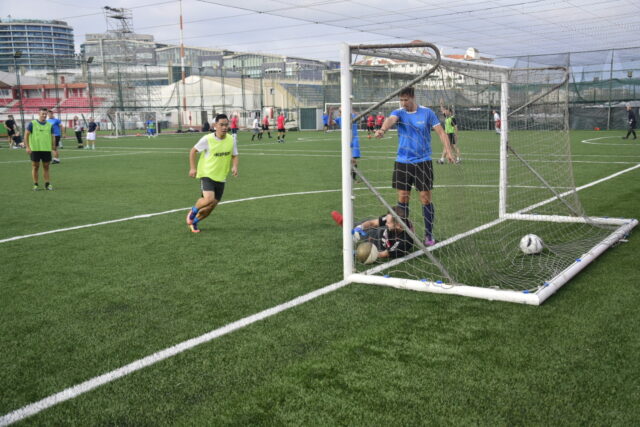 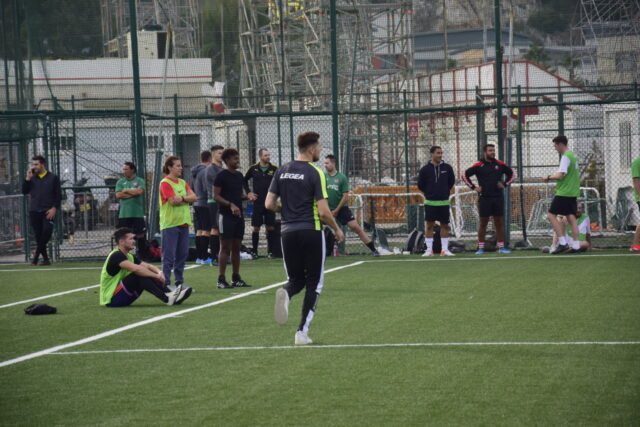 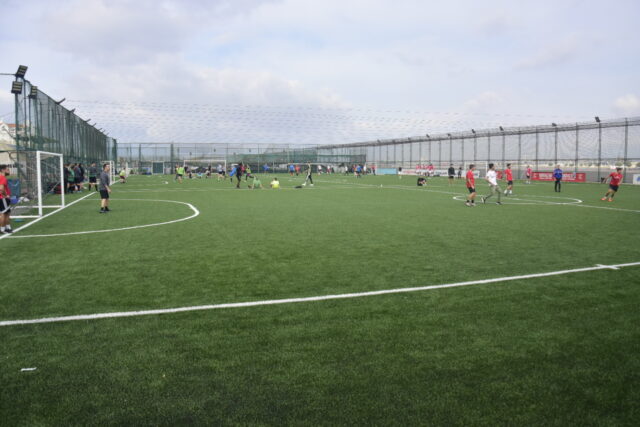 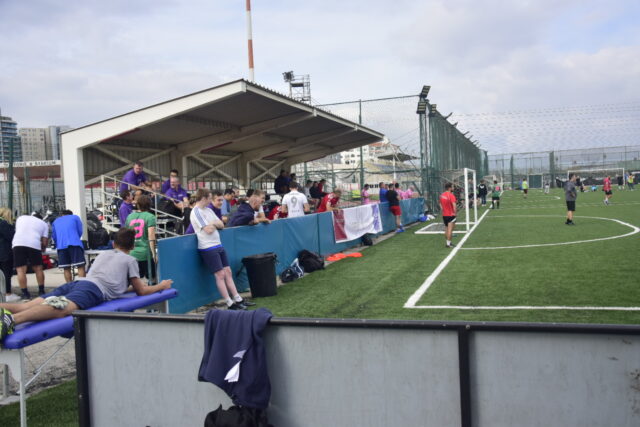 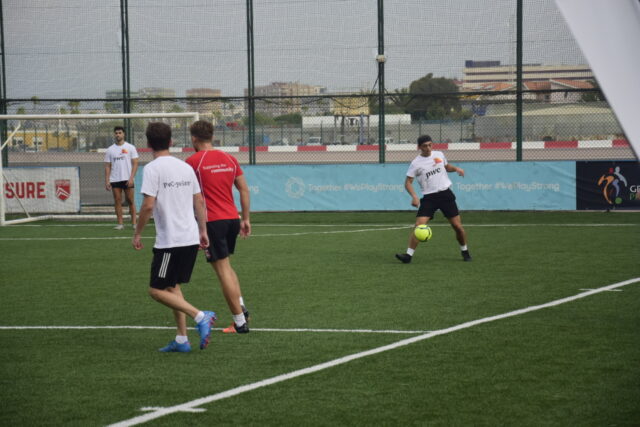 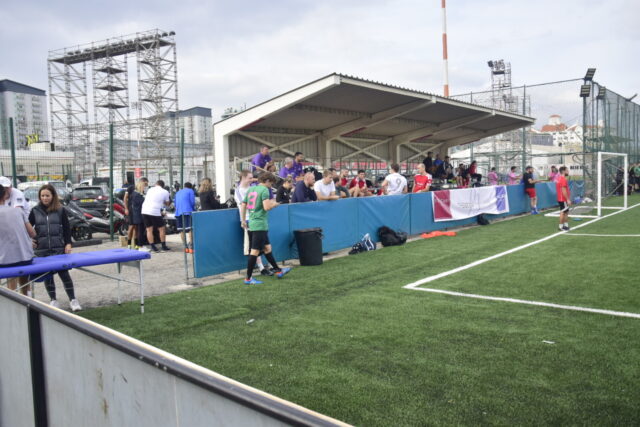 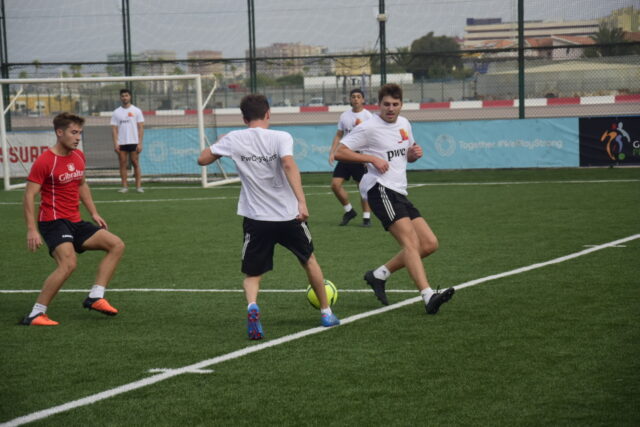 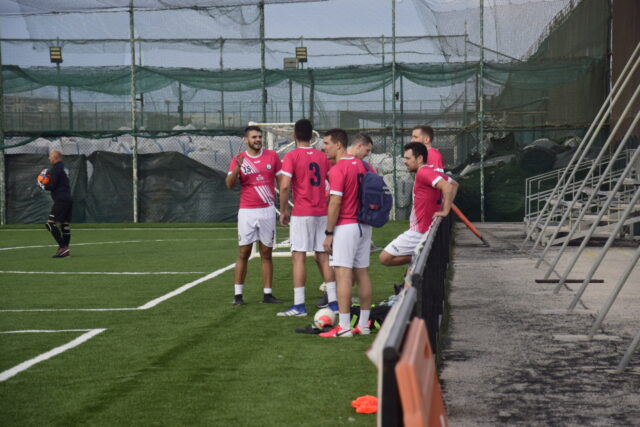 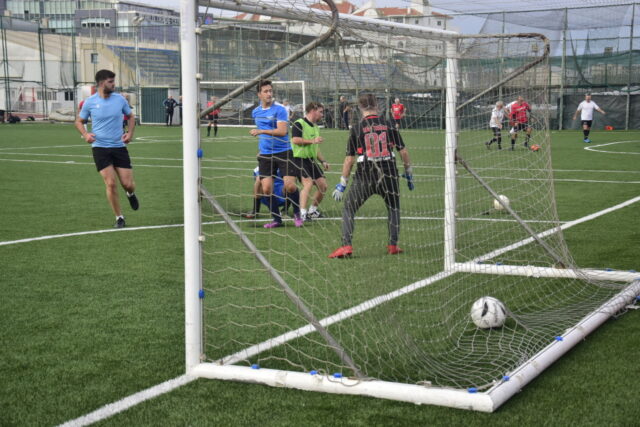 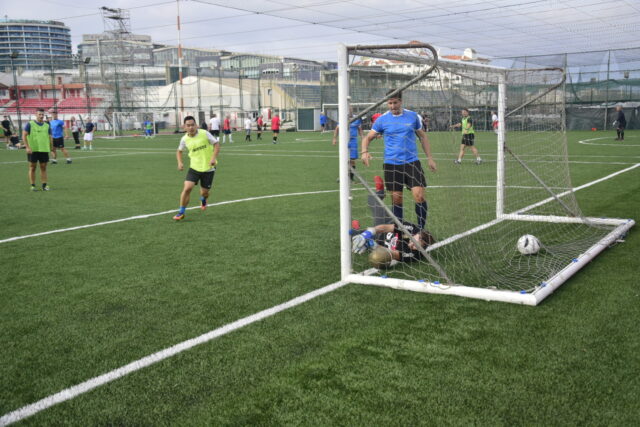 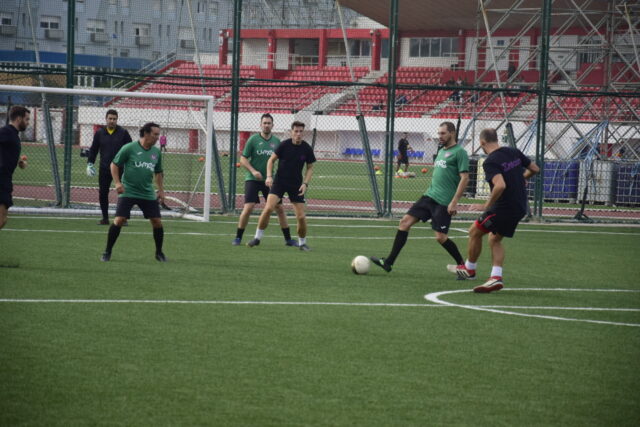 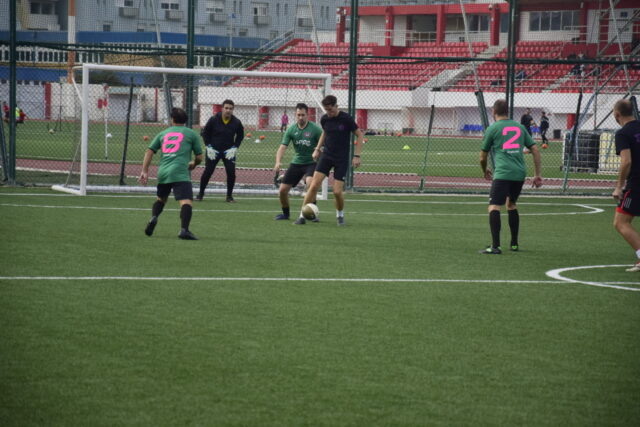 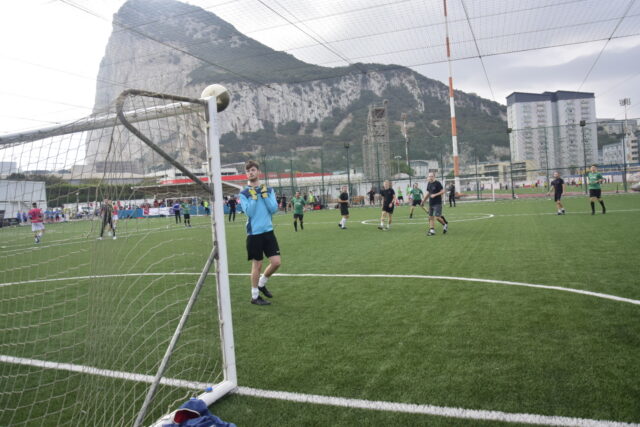 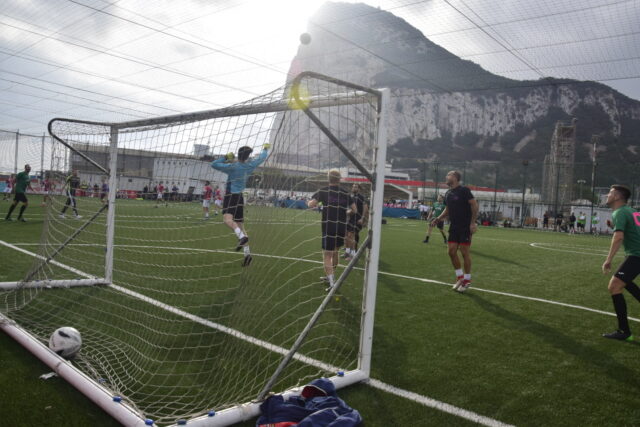 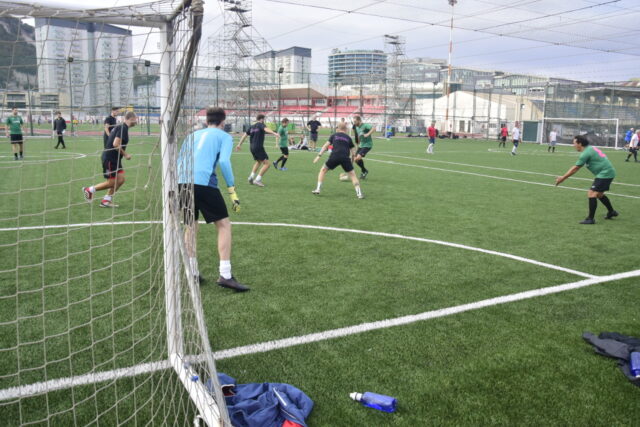 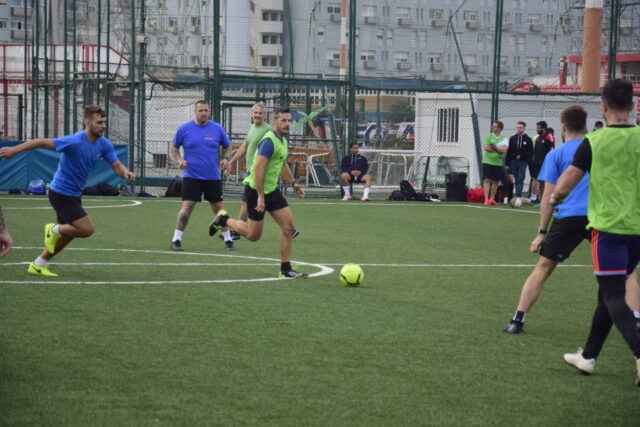 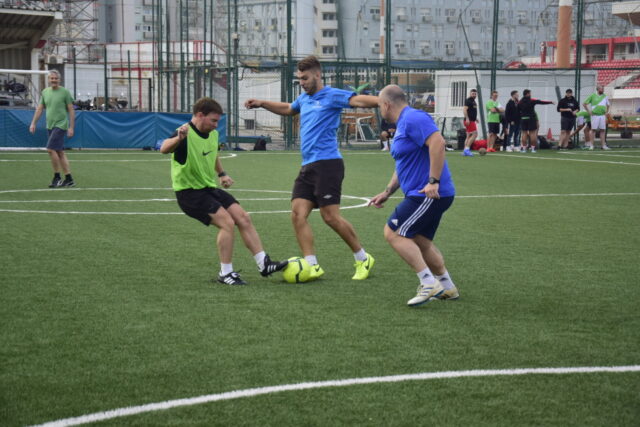 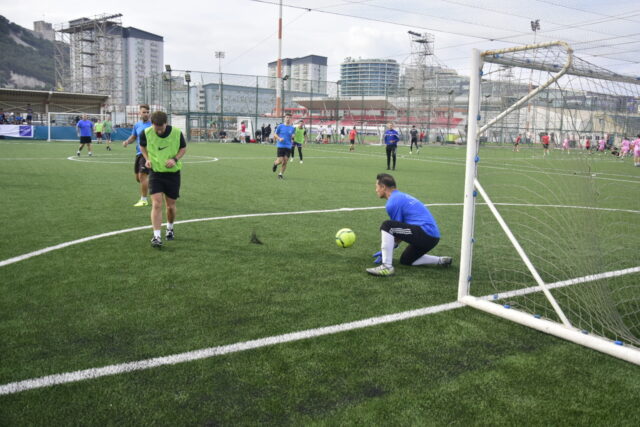 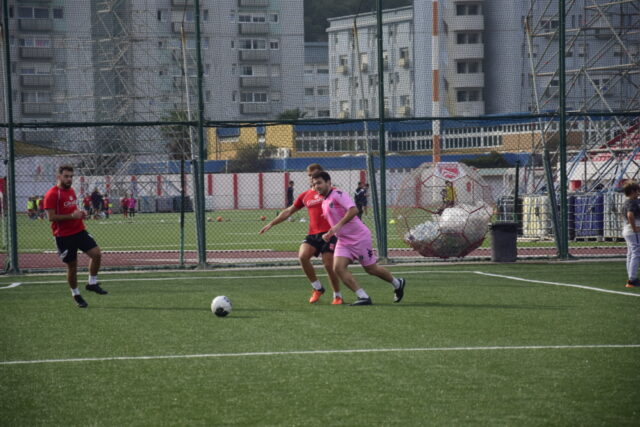 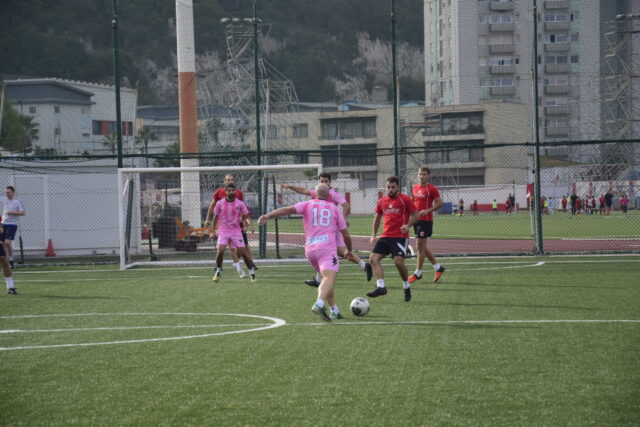 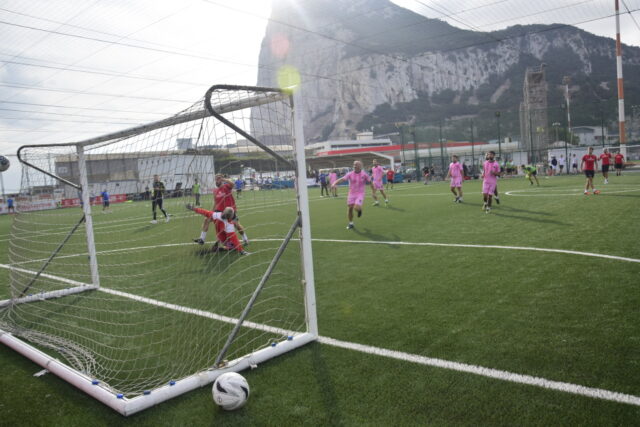 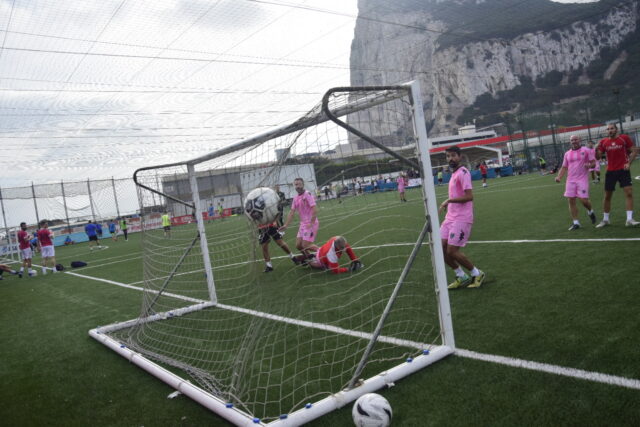 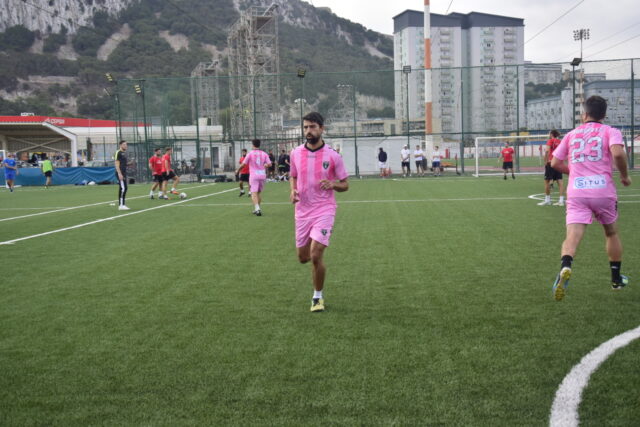