This Sunday the rock will see the return of sharp dressed motorcycle enthusiasts and polished classic and modern classic motorcycles for the 7th Gentleman's Ride Gibraltar.

The Gentleman's Ride is an international charity event in which participants dress 'dapper' and ride their motorcycles with the aim of fundraising for the international charity, Movember. This year Dapper Riders Gibraltar, who organise the Gibraltar ride, have decided to also raise money for the local charity Cancer Relief Gibraltar. 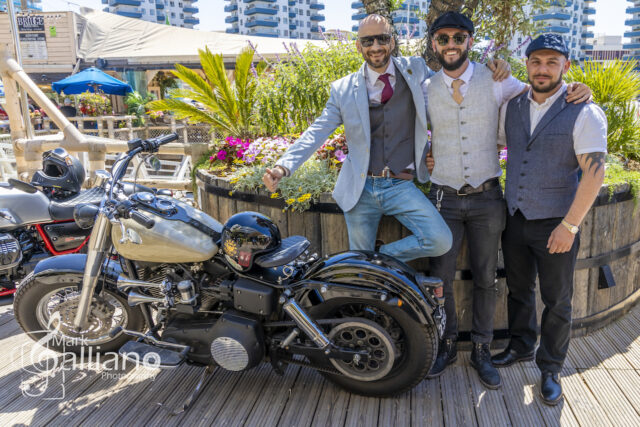 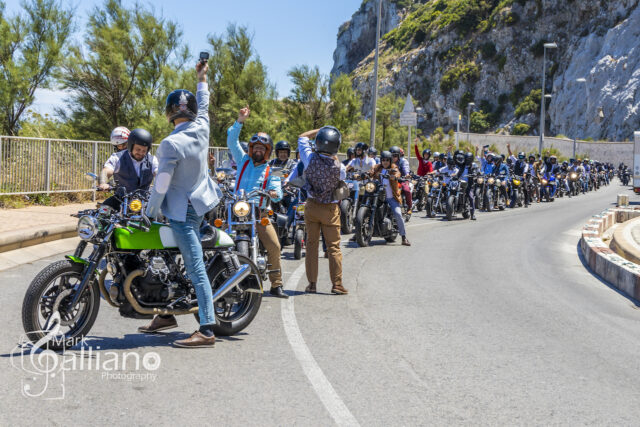 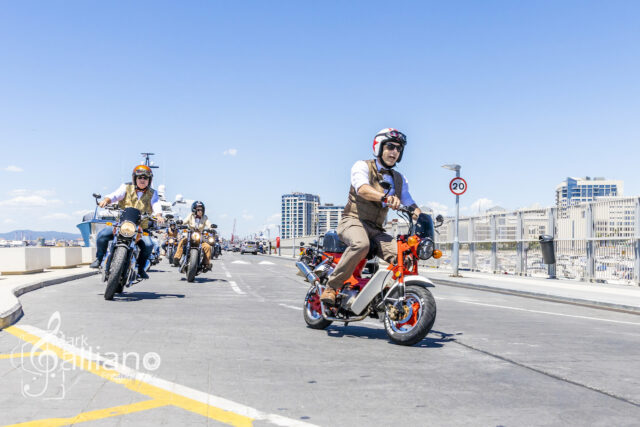 The Dapper Riders aim to beat the success of the 2021 event in which 82 participants managed to raise £9,500 for Movember and £650 for Clubhouse Gibraltar.

Contrary to popular belief this event is not just for men and in fact there is a prize for Most Dapper Lady as well as Most Dapper Gent.

Dapper Riders Gibraltar aim to promote seven core values; Helping others, seeking improvement, teamwork, hard work, taking pride in appearance, appreciating what we have and the seventh value, which is made possible by the previous six, have fun.

This year's event will take place on Sunday, May 22 with participants gathering at John Mackintosh Square at 1pm for a static motorcycle display. 2pm will see participants depart the square for the round the rock ride which will finish at 3.30pm in Ocean Village where there will be another static motorcycle display, prize giving presented by his worship Christian Santos and live music until 8pm. 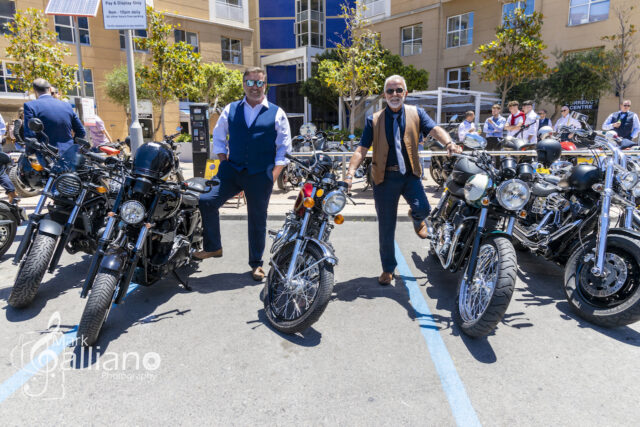 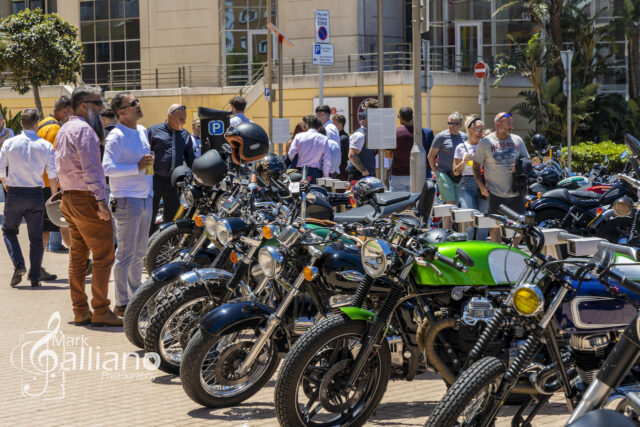 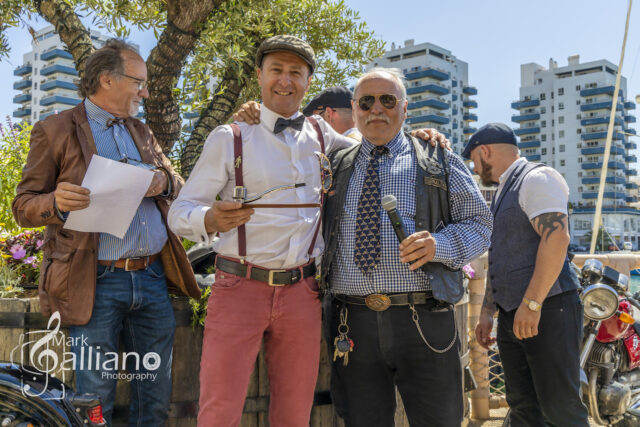 For more information or if you wish to sponsor a rider visit www.dapperridersgibraltar.com

By Elena Scialtiel
Prison officer Rob Chapman is undertaking a double charity challenge this years to raise funds for Cancer Relief after his wife was diagnosed with cancer. 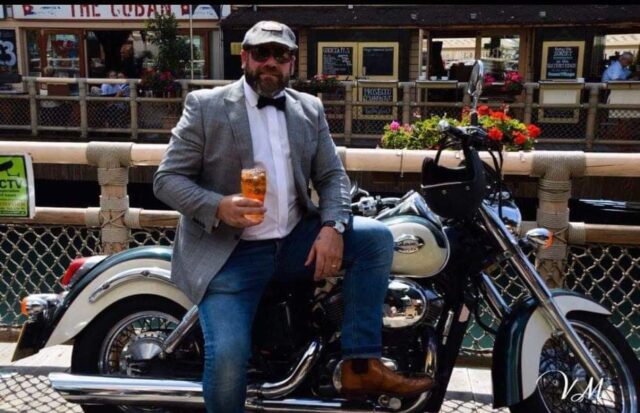 Mr Chapman will be taking part in the Distinguished Gentlemen Ride (DGR) on Sunday and later this summer the MedSteps 5, to raise money for local charity Cancer Relief.

Mr Chapman has been involved in the DGR, the brainchild of fellow bikers Bone and Dale Moreno, since its inception, having missed just one local ride when he was overseas.

“Last year, I didn’t take part as a rider, but I registered, and managed to raise about £1,000 for the Movember charity,” Mr Chapman said.

“My loyal friends stepped up to the plate and donated generously, bless them.”

He describes the DGR as “a brilliant idea to bring Bikers of Gibraltar for a worthy cause, the one day when scruffy bikers scrub up for once.”

The biggest part of the event lies in dressing up as a gentleman to raise funds for charity.

Mr Chpaman has two bikes, both Honda Shadow VT750 ACE, and both from 25 years ago. His first Honda means everything to him, because it first belonged to his father.

This first Honda means everything to him and would never part with it, but two years ago, he purchased another one for everyday use, and it’s been “cut up and chopped around, and turned into a Bobber.”

Mr Chapman got hands-on with the MedSteps challenge before becoming a prison officer, when his former Royal Gibraltar Regiment pal Mark ‘Coops’ Cooper, his friend for 32 years, asked him to sponsor the first event. 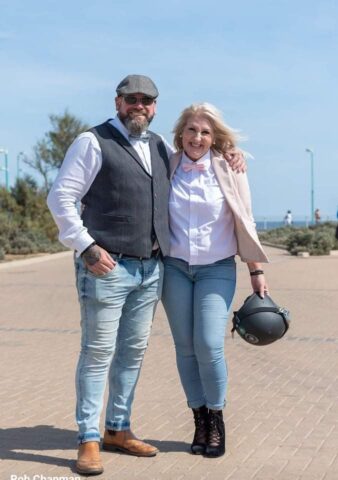 “I owned a roofing company here in Gib at the time, and I used to donate to groups of people in Gib who needed a little help with things,” he said.

“Later, I became a prison officer and was in the thick of it alongside Cooper again.”

Mr Chapman added that years ago he had to do the Med Steps challenge in full military kit.

“But I was also a lot younger and fitter,” he said.

“Nowadays I struggle. I'm not young anymore and I'm not a lightweight either. I train anyway and I know what to expect up there, so for me it's more mental training.”

With all summer to train, he invites everyone to give it a go, for fun and for a good cause, and of course, to donate generously. 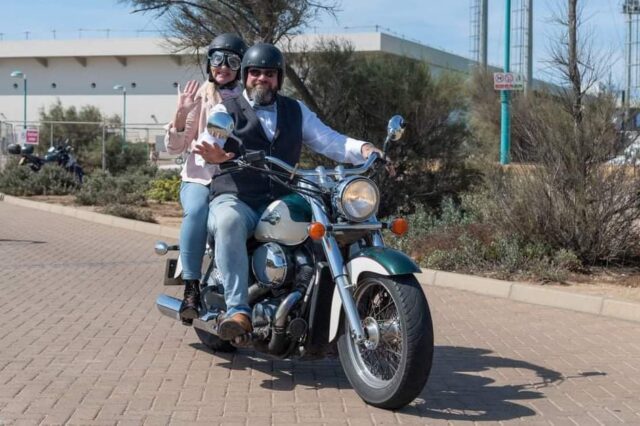