Solemn tribute to soldier who served on the Rock

An emotional tribute was paid this week to a former soldier who served in Gibraltar over 70 years ago and had a deep, lifelong passion for the Rock.

Peter Moffett, who served in the Royal Northumberland Fusiliers Regiment, had been posted to Gibraltar at the end of World War II and remained on the Rock until 1947.

On Tuesday, at a solemn ceremony sandwiched between Remembrance Sunday and Armistice Day, some of his ashes were scattered at Moorish Castle.

The tribute was organised by Mr Moffett’s close friend Andrew Holder, a former Royal Engineer who once lived on the Rock and still considers it home.

Mr Moffett had hoped to join Mr Holder for the Royal Engineers’ freedom weekend but the plans were disrupted by the Covid-19 pandemic.

Sadly, Mr Moffett passed away before he could make it back to Gibraltar. At his well-attended funeral, his coffin was draped in the Gibraltar flag.

Mr Holder wanted to keep his promise to bring his friend back to the Rock, so he contacted Dr John Cortes, the Minister for the Environment, and a plan was hatched.

“I needed to keep that promise to my friend so I had a word with Laura his daughter and said, I want to take your dad back to my home,” Mr Holder said.

“Gibraltar is still my home even though I don’t live here.”

“I miss him terribly and I get a tear in my eye now and again because he was a real good friend.”

On Tuesday at Moorish Castle, Mr Holder scattered a small urn of Mr Moffett’s ashes and paid tribute to his friend.

Mr Holder said people who had served in the military were part of a family, adding that veterans looked after and supported each other.

As he scatted Mr Moffett’s ashes, Mr Holder said his friend had been like a father to him.

“He gave me so much support when I needed it and I miss this man terribly,” he said.

“I had to bring him back and I hope people understand that.”

“I had to bring him back to the Rock of Gibraltar because he loved the place and loved the Moorish Castle.”

“I am sorry I am emotional but he was a good friend.”

“My mate, I love you, bless you and I will never forget you sir.”

“Rest in Peace my mate.” 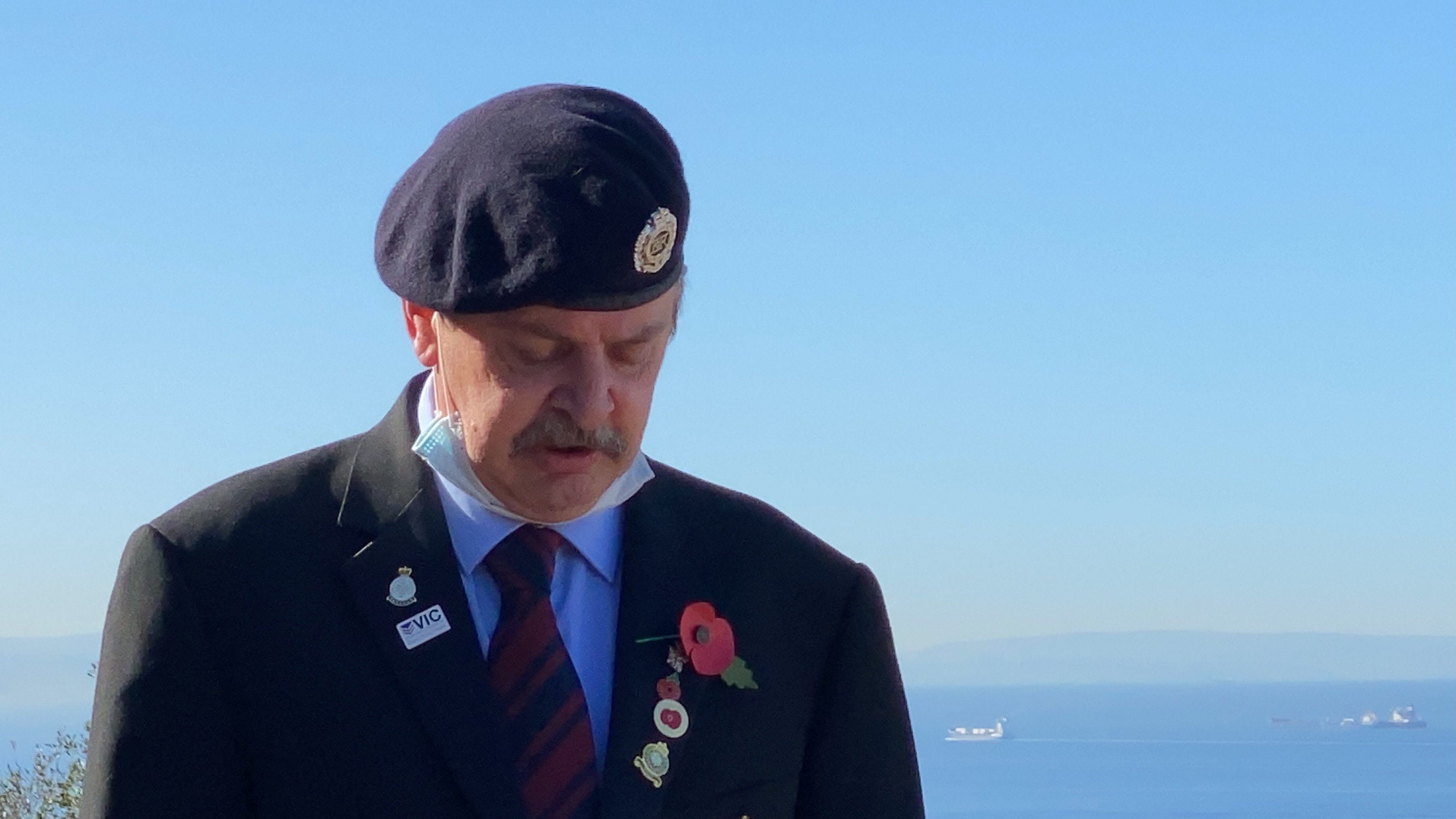 As the Last Post was played, Mr Holder saluted his friend and was joined by those present in two minutes of silence for the soldier who cherished Gibraltar to his last day.