Work has begun on exhuming the remains of Spanish dictator General Francisco Franco from his mausoleum outside Madrid so he can be reburied in a small family crypt.

The government-ordered, closed-door operation satisfies a long-standing demand of his many victims' relatives and others who suffered under his regime, who were offended at the burial place he constructed. 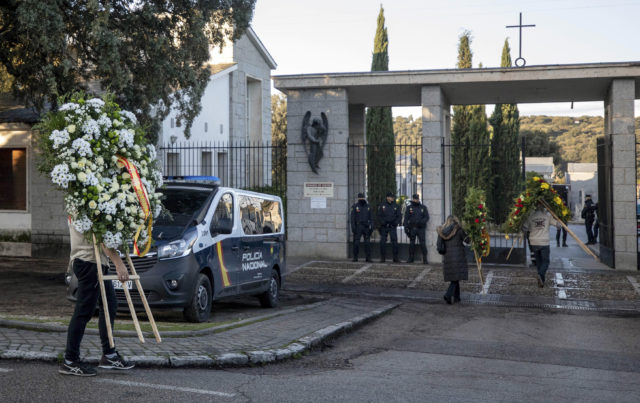 The operation was broadcast live by Spain's main TV channels.

Franco's coffin is being extracted from under marble slabs and granite at the Valley of the Fallen mausoleum.

Depending on the weather, it is being taken by helicopter or hearse to Mingorrubio cemetery, a 35-mile drive away.

Franco ruled Spain between 1939 and 1975, taking power after a three-year civil war he helped start against Spain's democratic government.