Special awards were presented to the Gibraltar Health Authority, the Elderly Residential Services and the Care Agency at the annual Mayor’s Awards ceremony held at the Mayor’s Parlour.

The Awards were decided on following nominations from members of the public and endorsed by the Awards Committee, the Mayor John Gonçalves.

Mr Gonçalves conferred the Mayor’s Special Award to the GHA for the supreme and relentless effort, and personal sacrifices made, in sustaining Gibraltar’s health needs during the Covid-19 pandemic. 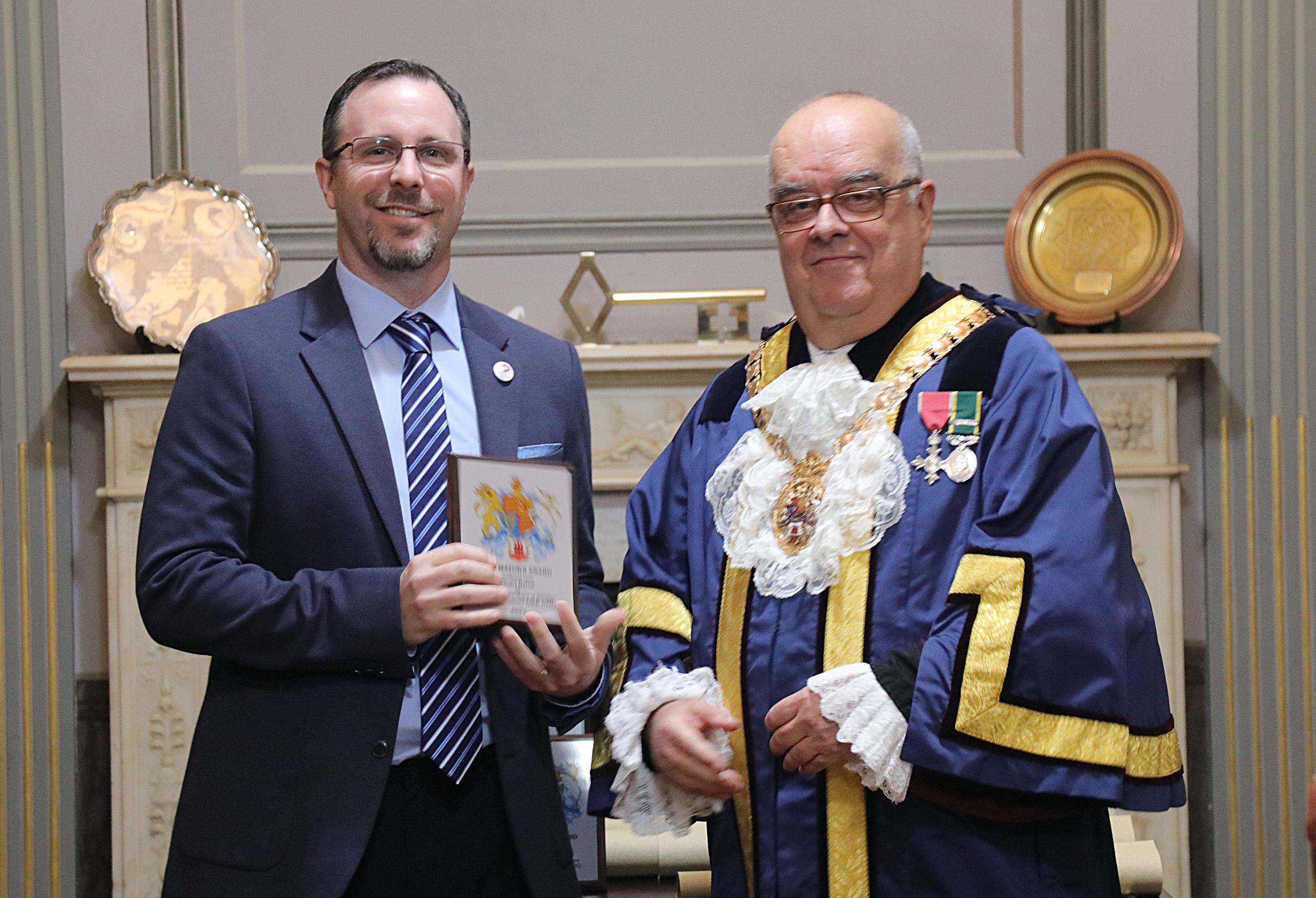 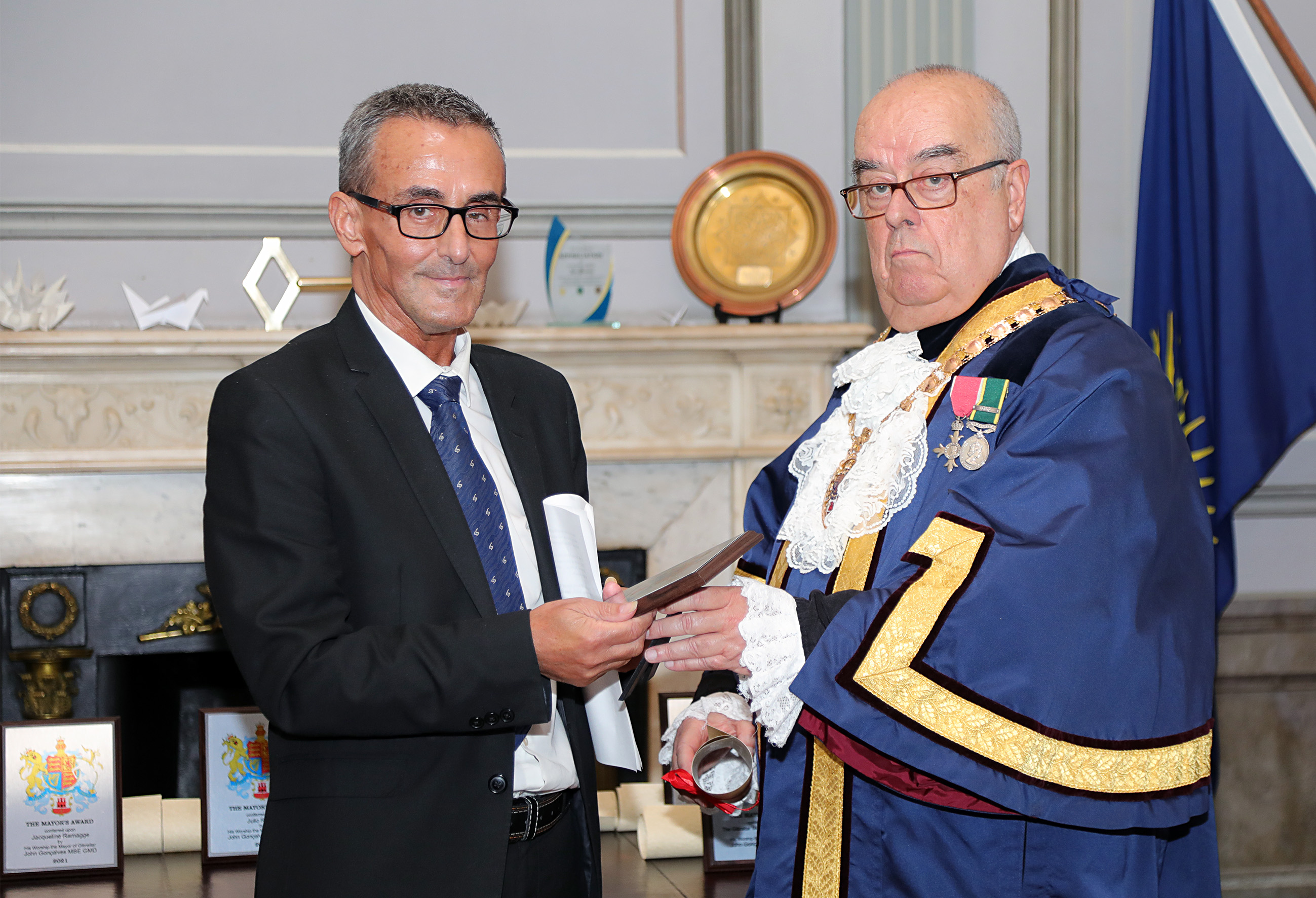 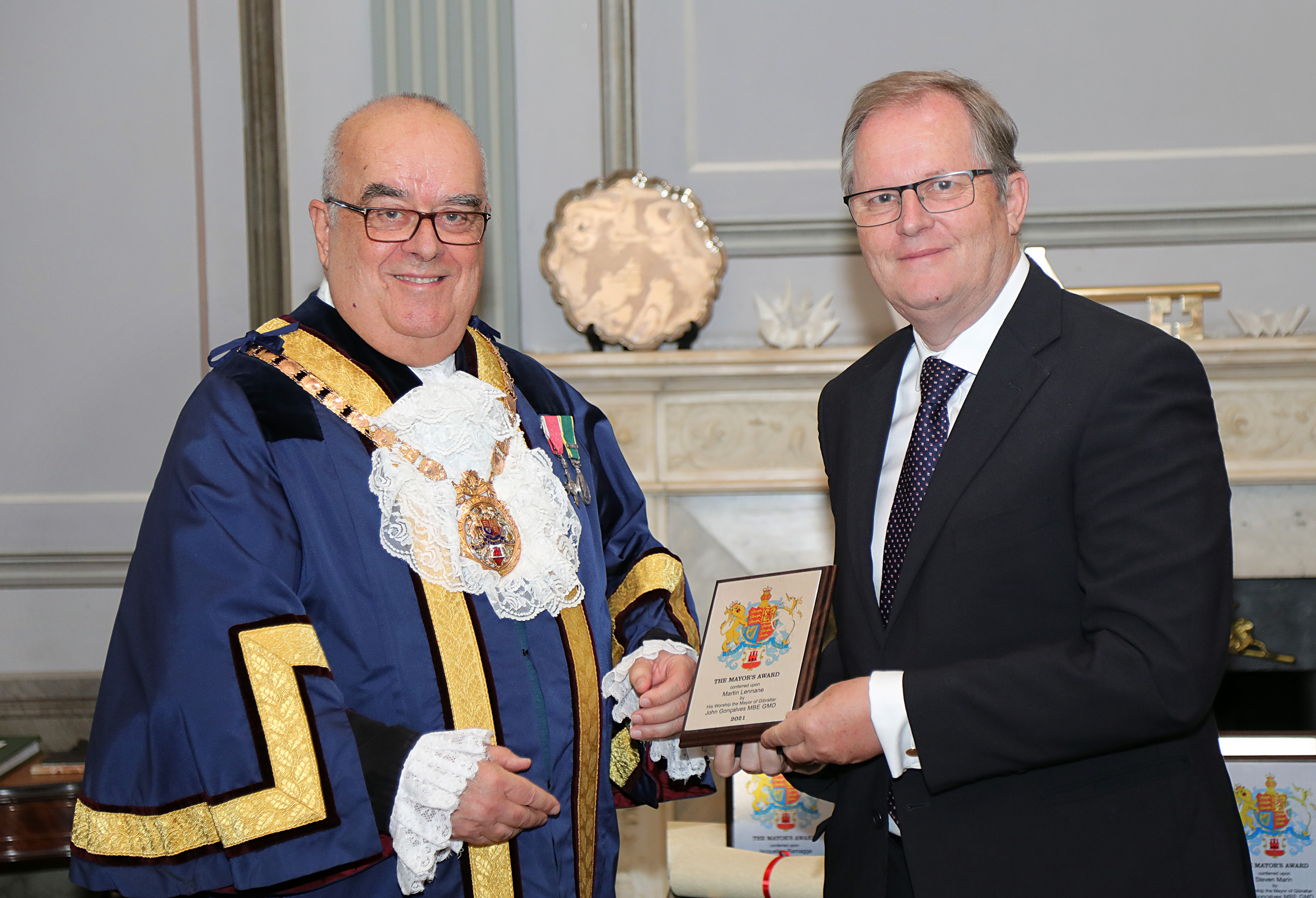 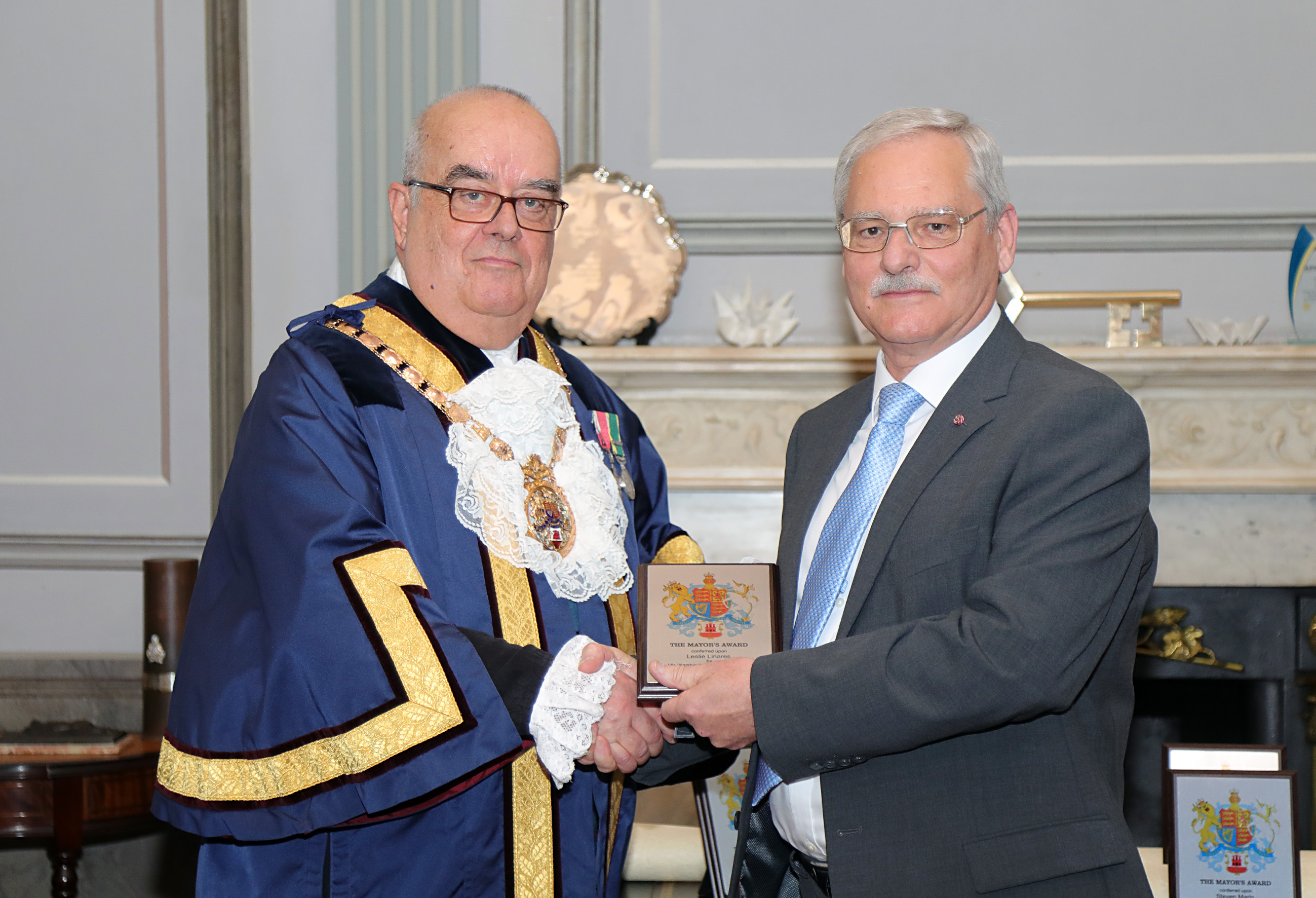 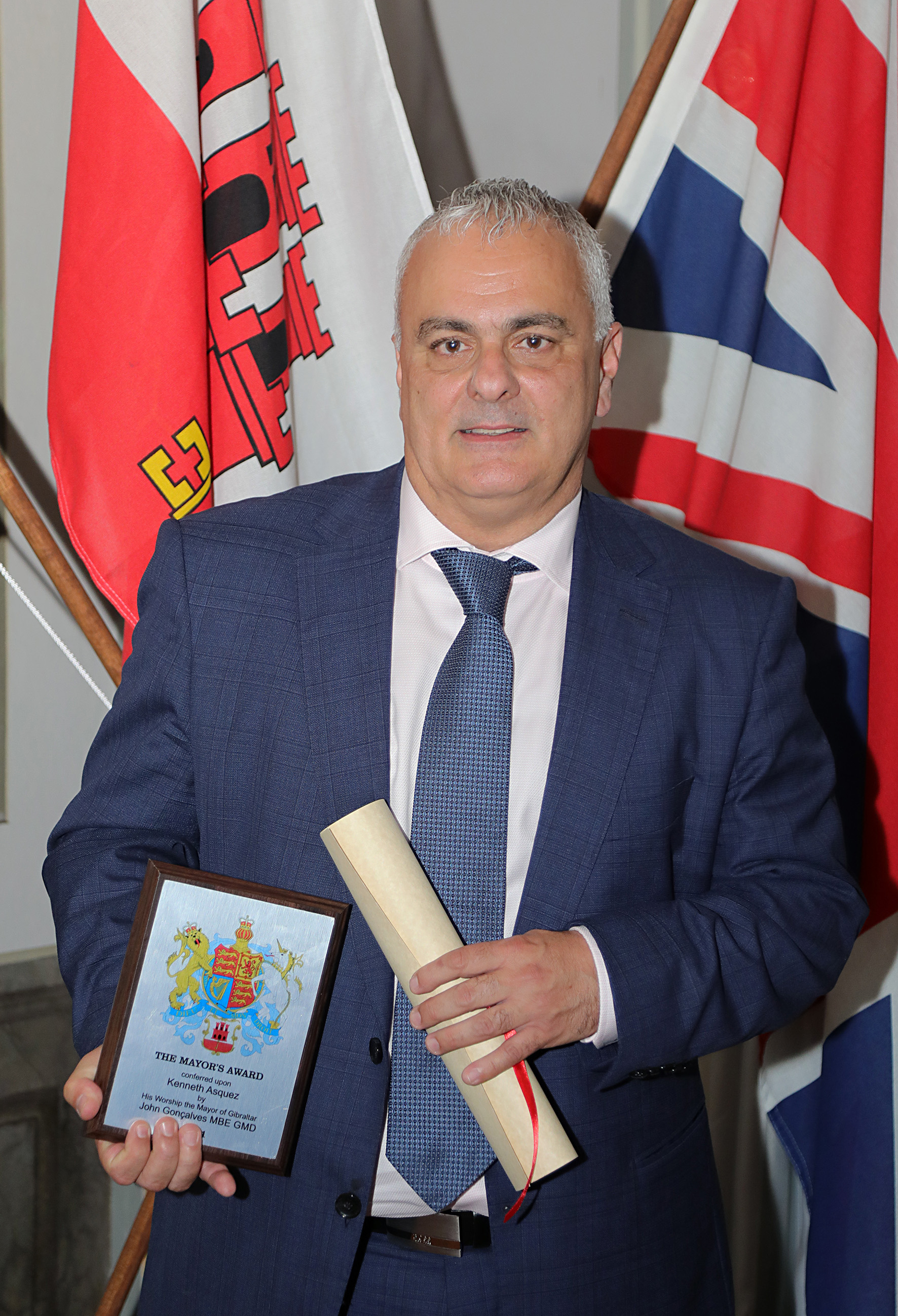 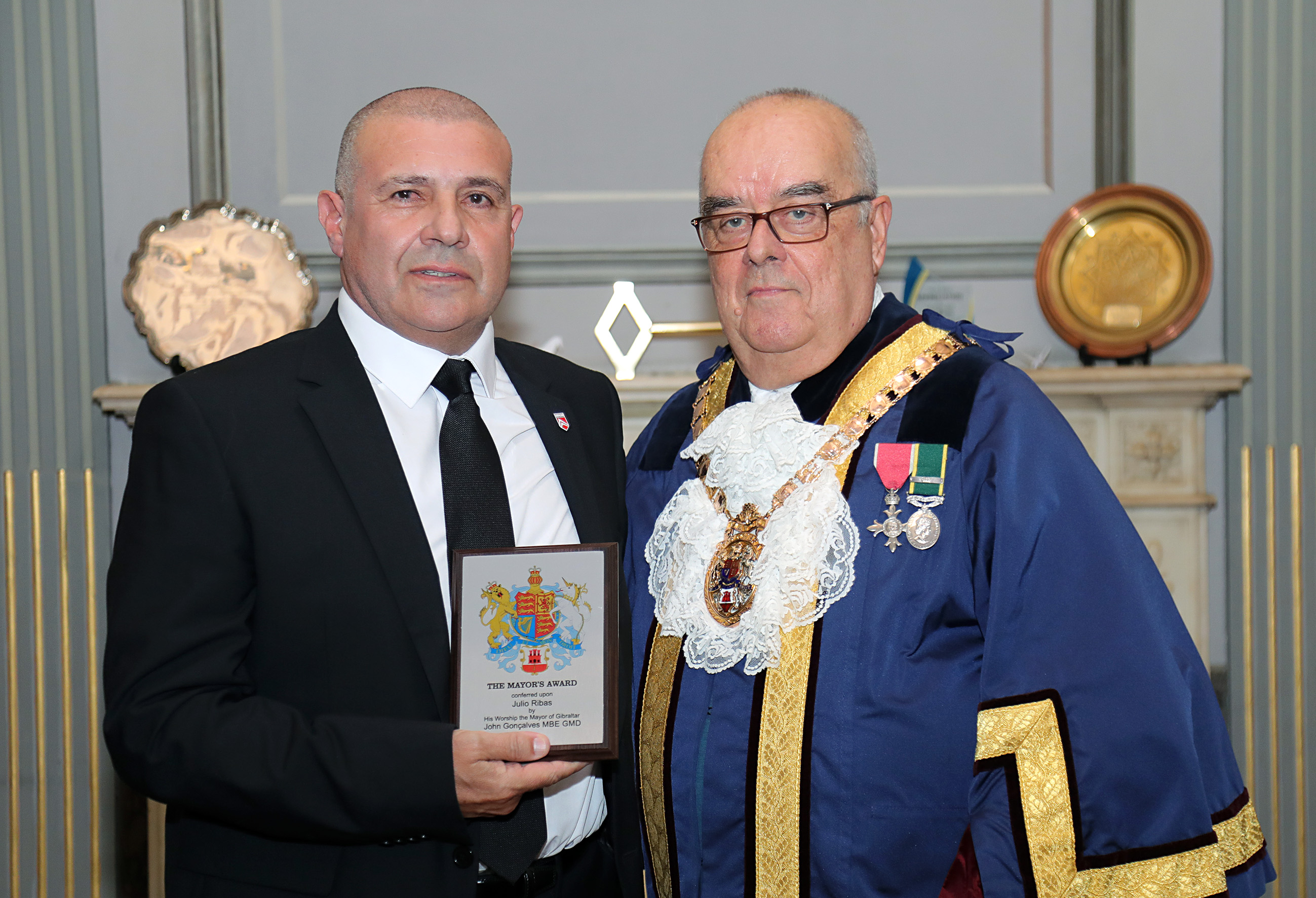 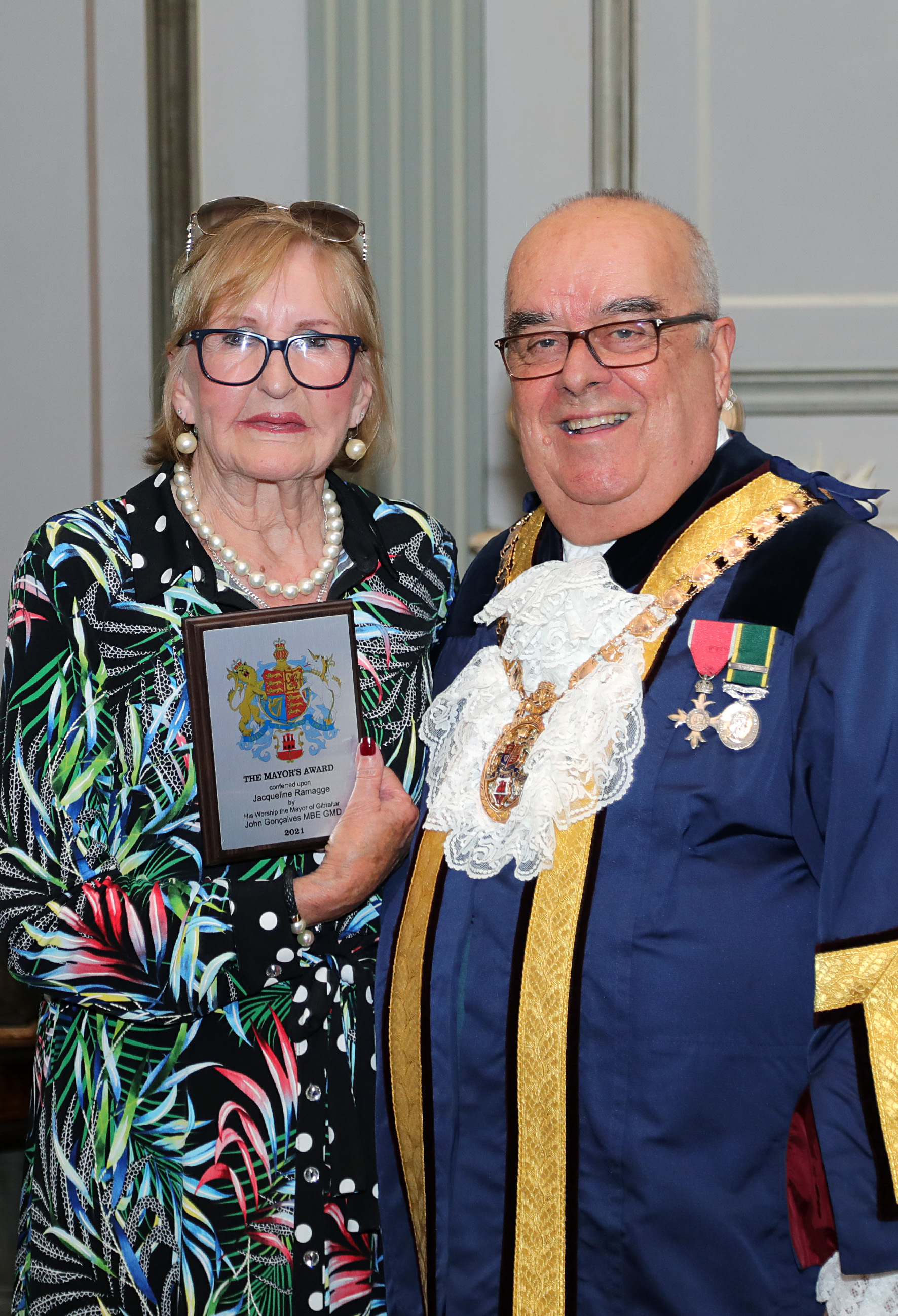 Present at the Mayor’s Parlour to witness the conferring of these Special Awards were the head of each of the organisation, a cross section of their staff representing different departments and the Minister for Health Samantha Sacramento.

The Mayor’s Award was conferred to Kenneth Asquez for being an ambassador to Gibraltar in the football industry, through the media, overseas university lectures and other engagements, whilst also engaging in numerous charitable activities and to Yasmine Ben Youssef for her efforts in assisting the more vulnerable members of the Moroccan community, in so doing helping them integrate into the wider Gibraltarian community.

Stuart Byrne received an award for his support of Dyslexia sufferers and his commitment to the Gibraltar Dyslexia Support Group, tirelessly organising self-help groups, conferences and talks, as did Ian Eugene Howes for his many years’ commitment to charitable activities which he has selflessly organised, raising substantial amounts of money for innumerable worthy causes.

For his instrumental and vital work, on a voluntary basis, Martin Lennane was presented an award for his work in helping steer the huge growth of Cancer Relief Gibraltar, as well as his other charitable undertakings, Leslie Linares for his tireless commitment to Gibraltar’s heritage, botany, and the Gibraltar Photographic Society, and Steven Marin for his extraordinary effort in the repatriation of Gibraltarians stranded in Morocco during the first Covid 19 lockdown in 2020, and his founding of the Gibraltar Morocco Business Association.

Local charity the Gibraltar Mental Welfare Society was awarded for ongoing initiatives in raising awareness of Mental Health in the community as well as the considerable assistance offered to users, Jacqueline Ramagge for her exemplary dedication and unwavering commitment to Cancer Relief for over 28 years, on a voluntary basis and still going strong at the age of 80, and Julio Ribas his inspirational and management impact on Gibraltar’s National Football Team since being appointed Team Manager, inspiring our football ‘internationals’ to achieve what no one thought possible and lifting Gibraltar’s community spirit to new heights. 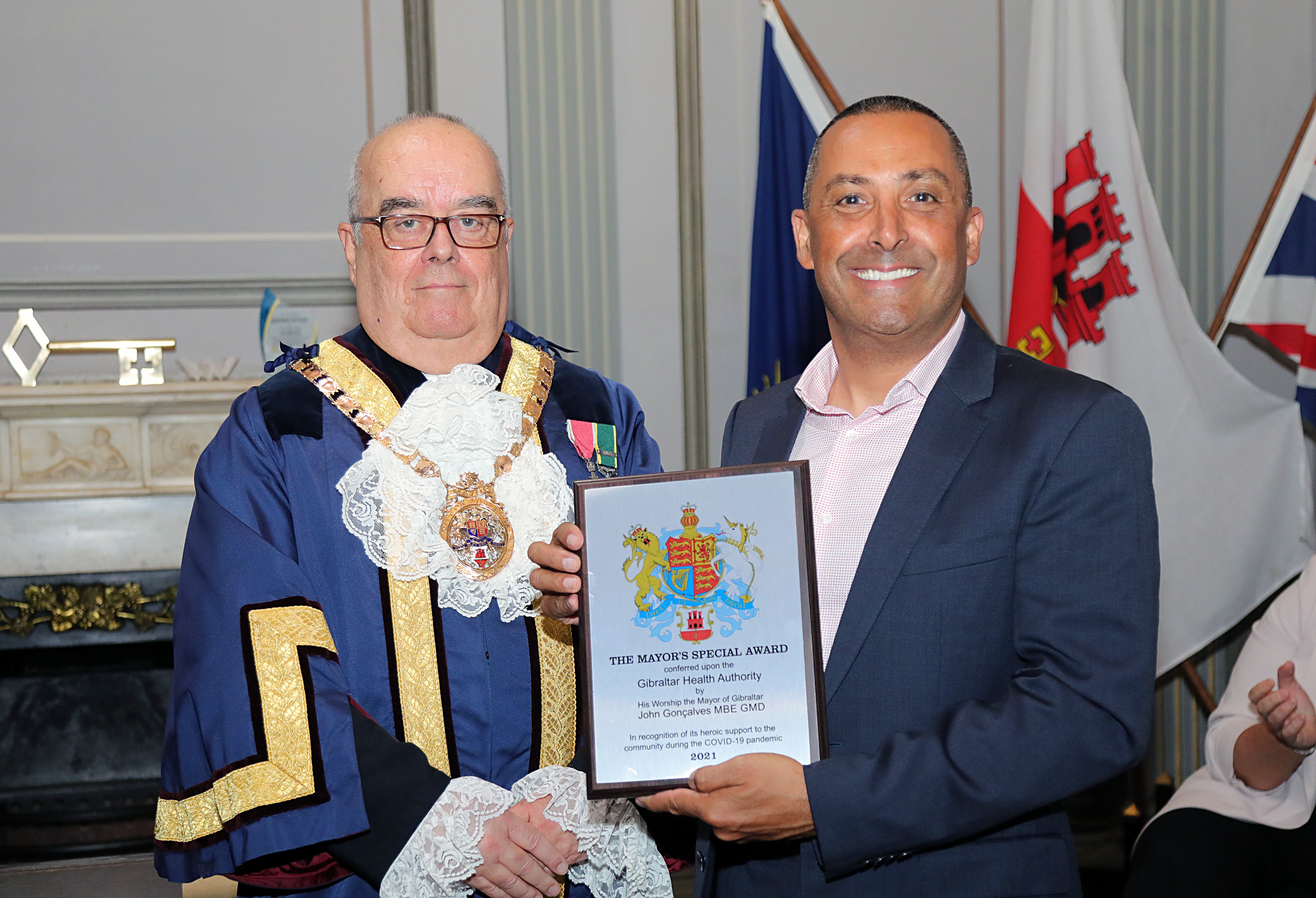 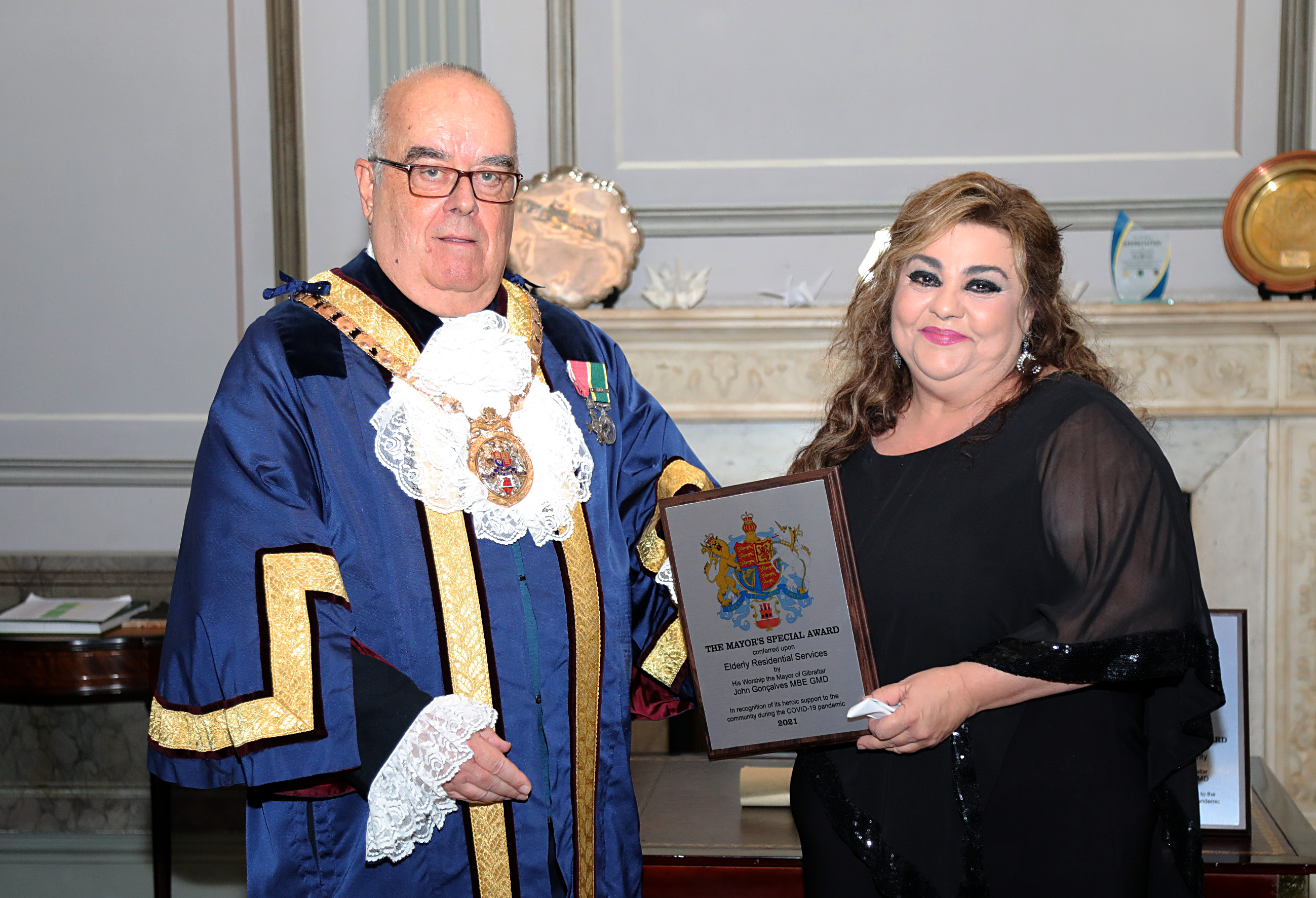 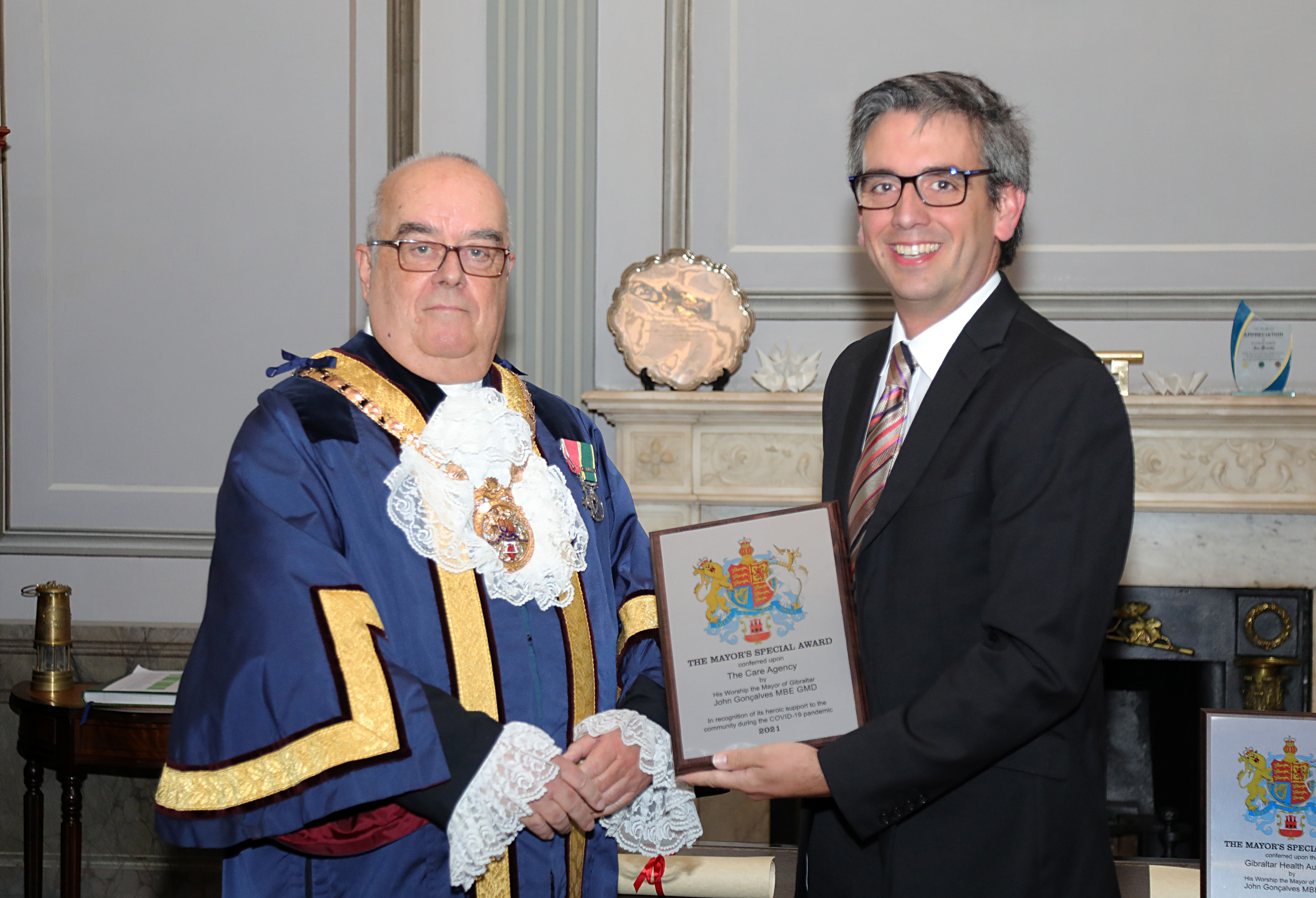 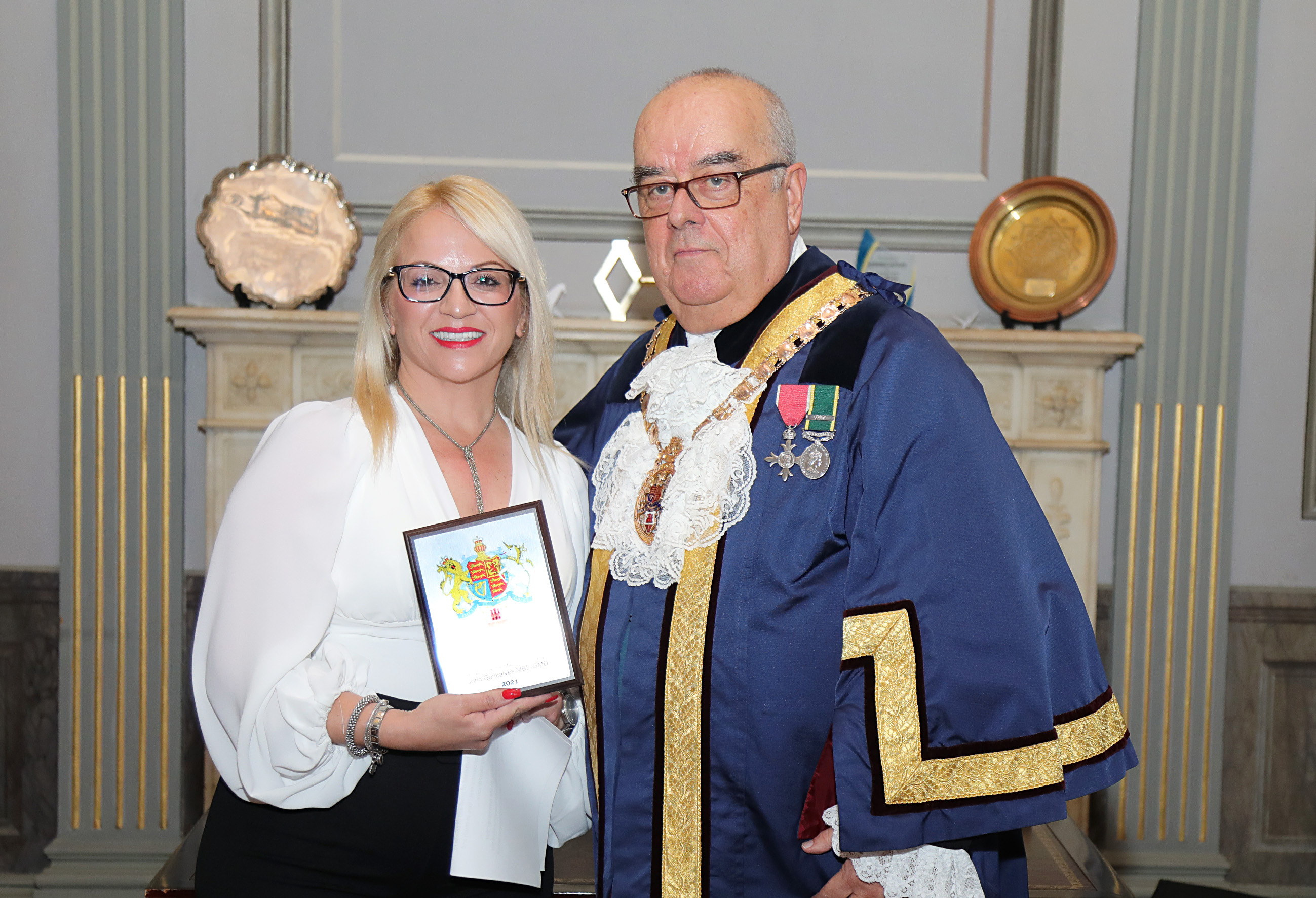 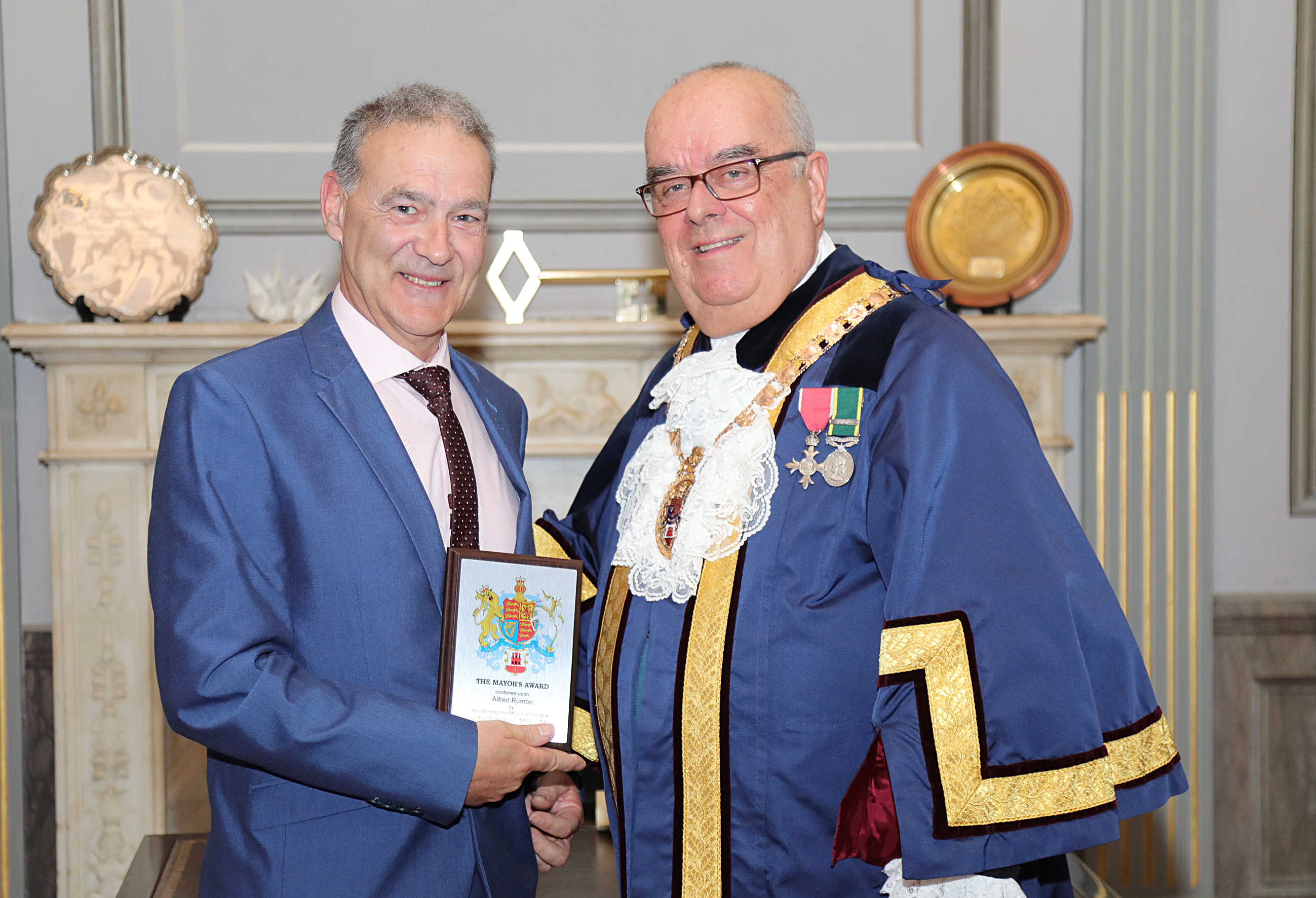 For his enduring and outstanding commitment to youth, charity and community service on a voluntary basis, Alfred Rumbo was awarded his endeavour in producing the Gibraltar International Dance Festival, now in its 19th year and Ayelet Mamo Shay for her enterprise in creating opportunities between Gibraltar and Israel, as well as her organisation of cultural events to further enrich Gibraltar’s community.