Sports continues to giveback to the community

As Gibraltar enters an Easter weekend under lockdown three of the biggest sports associations locally continued providing to the community and its members joining the many gestures of goodwill which are being seen across Gibraltar.
Gibraltar Netball, whose membership accounts for one of the largest number of female members in local sports although one of the lowest funded of the big associations stepped forward with its own funding initiative in aid of the GHA. The association has started its own fundraising imitative aiming to collect £2500 and starting the ball rolling with its own £200 donation. The association who would at this time of year be fundraising to support its national squad in its Netball Europe campaign is well known for its members proactive approach which has seen them raise funds to support its development.

*Donations for the GHA to fight COVID-19*

Gibraltar Netball will be donating £200 and would like to encourage our members and friends to join us. Read more here➡️ https://t.co/PzbsGWafRp

Another sport to have stepped forward with further community oriented initiatives this week has been football which today saw the Gibraltar FA praised by UEFA. The association this Thursday send out gifts to its “little stars who have birthdays this month but can't celebrate with their friends and families.
The gesture was to see UEFA’s official twitter praise the Gibraltar FA initiative describing it as a “fantastic initiative.”

It saddens us that our young footballers cannot be outside, during lockdown, enjoying the beautiful game they enjoy so much!

As a little gesture we are sending gifts 🎁 to all our little stars who have birthdays this month but can't celebrate with their friends & families. pic.twitter.com/LDzDOPeSPl

In another initiative Gibraltar Rugby Treasurer James Russo handed the Catholic Church Food Kitchen GRFU stock and supplies
This forming part of the association’s community outreach programme. The donation will be used to help the vulnerable and those in need and these difficult times. 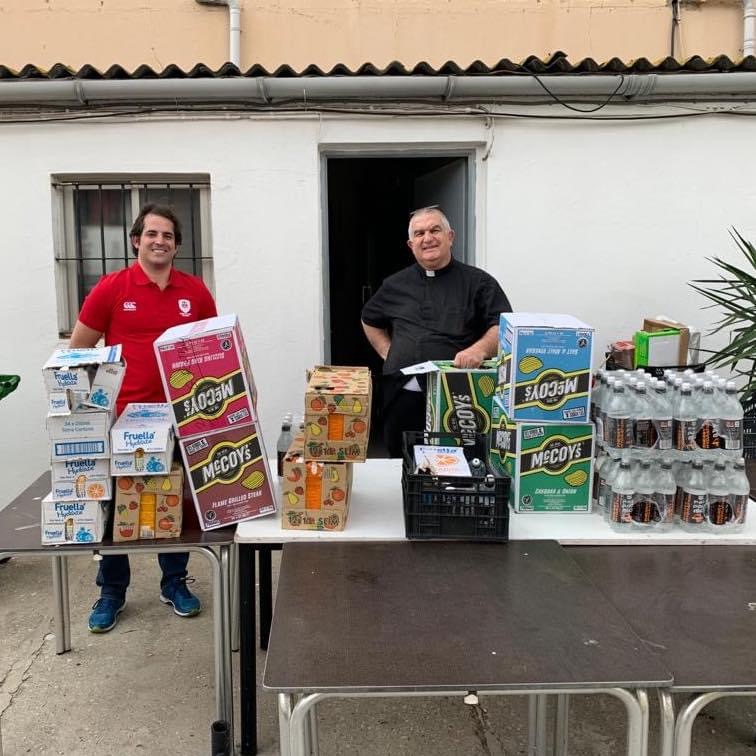 In other gestures seen in sport this week was the gesture by `Celtic star Karamoke Dembele who send a message of support to young three year old player Reilly. The young player was sadly diagnosed with leukaemia a week ago and is currently undergoing treatment at Great Ormond Street Hospital. The intervention of Gibraltar football intermediary Kenneth Asquez in securing the Celtic stars participation received thanks from the parents in social media.