St Bernard’s Lower Primary School celebrated the Queen’s Platinum Jubilee in style with a variety of planned events and activities that were built into the curriculum. 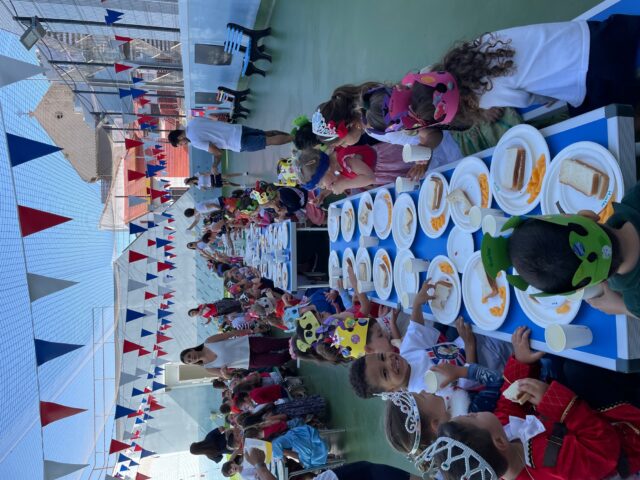 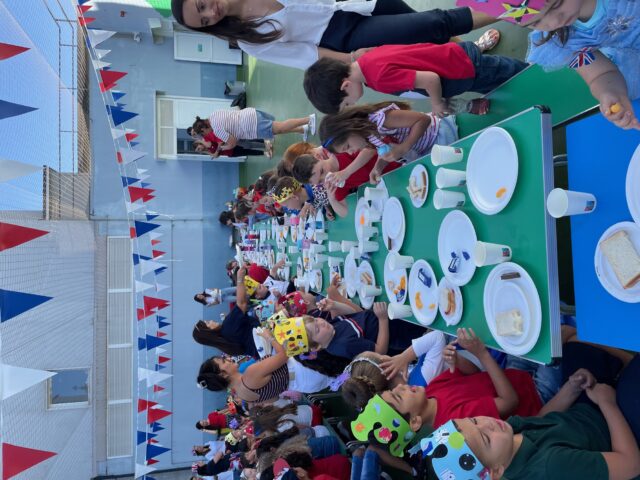 The SBLP staff all brought in cakes and biscuits for an after-school bake sale and the local community were invited to join.

The children had decorated the room with their own artwork as well as adorning it with bunting and even a royal photo booth especially for the occasion.

The SBLP team also pulled together for a whole-school Jubilee Tea Party in the playground. The children made their own sandwiches to take to the tea party so that they not only learned a valuable skill, but played an important role in catering for the event. 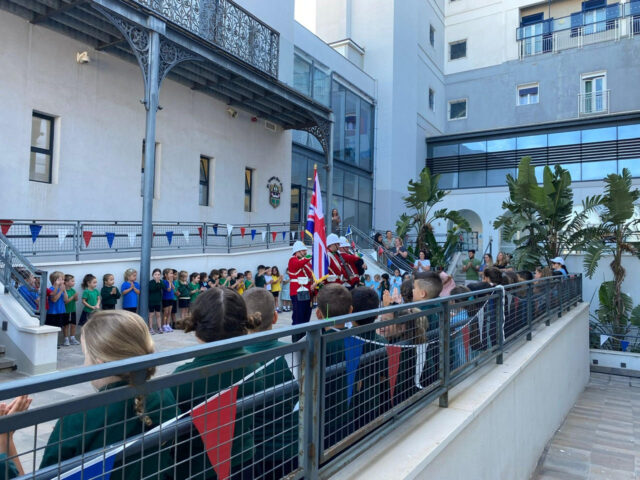 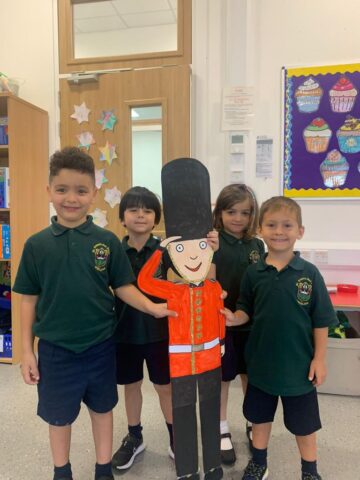 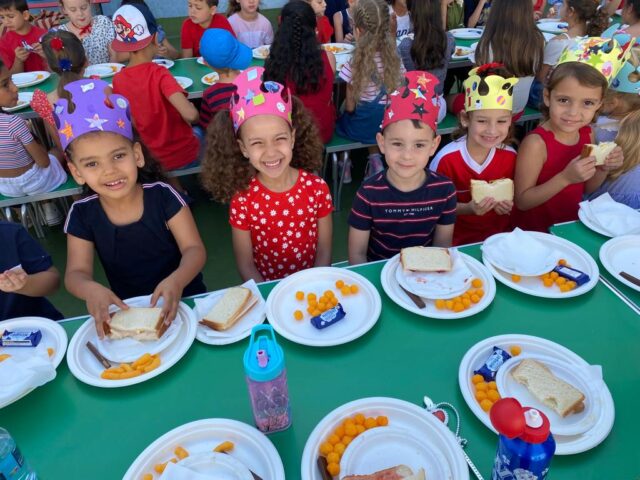 The children had a great time and were in true party spirit as they ate, chatted and danced through break-time.
They ended the event with a rendition of ‘God Save the Queen’, and each year group completed their own book of memories as a special souvenir of this historic time.

The Jubilee events included a special surprise visit from the Gibraltar Re-enactment Society who paraded along the podium whilst the children clapped along to the bagpipes playing ‘Scotland the Brave’.

Headteacher Sonia Lopez extended her thanks to the Re-enactment Society and all the staff at St Bernard’s who went over and above to make this event a success.