St Paul’s schoolchildren collectively they raised enough money, £2,500, to fund a well for a school with 600 pupils in Sierra Leone.

St Paul’s School, with 300 pupils, has its name on well no 81 in Regent Village in Sierra Leone.

Action4Schools who organised the building of the well purposely selected that number for the school as it was founded in 1981. 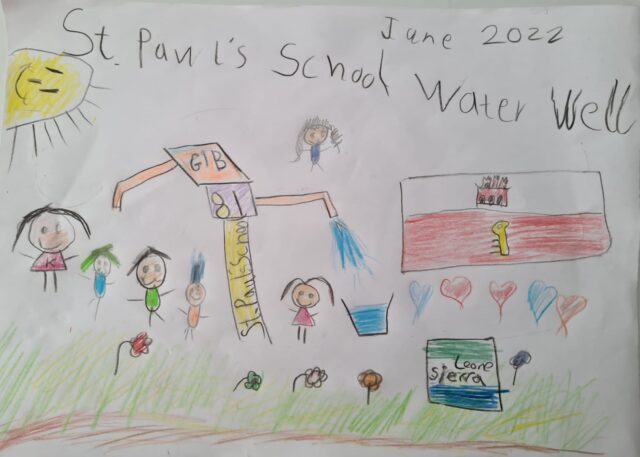 Action4Schools has been successful funding raising for 80 other wells over the past years but this was the first time a school has taken part in fundraising enough to build their own.

A team in St Paul’s comprising of head teacher Jerry Aguilera, deputy head Genevieve Vinet, humanities co-ordinator Monica Piri and English co-ordinator Nichola Navas all formed part of the plan to not just raise the funds needed but to educate children on water, on other countries and also on acts of kindness.

“Acts of kindness are linked to our school values initiative, in which we are concerned with developing our children as a ‘whole person’ with a holistic approach that focuses on teaching them key important values in life such as resilience, community, integrity, kindness and honesty,” said Mr Aguilera.

“Giving to others and how to positively influence the lives of the people in their community or in this case the world.” 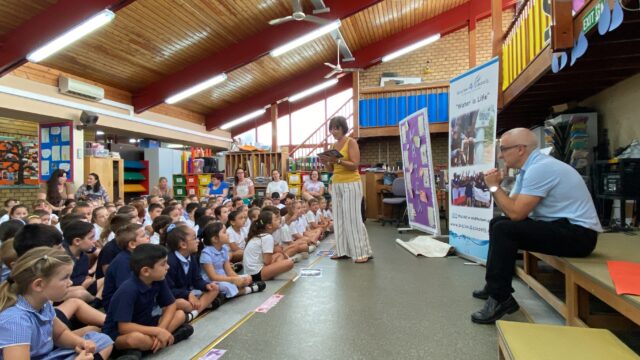 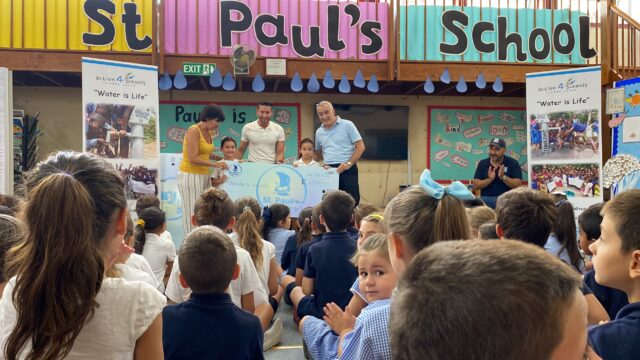 Ms Piri was putting together a project-based learning plan for a week with the focus on water, building on the one day she organised last year for World Water Day.

During the week the children had a visit by marine biologist Lewis Stagnetto from the Nautilus Project and the children learnt about the importance of water. 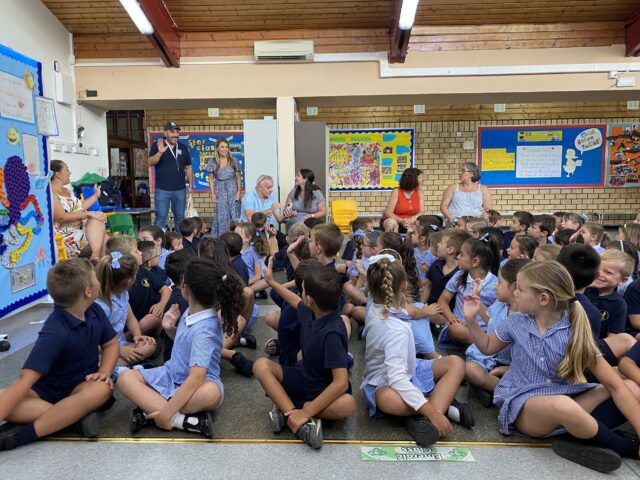 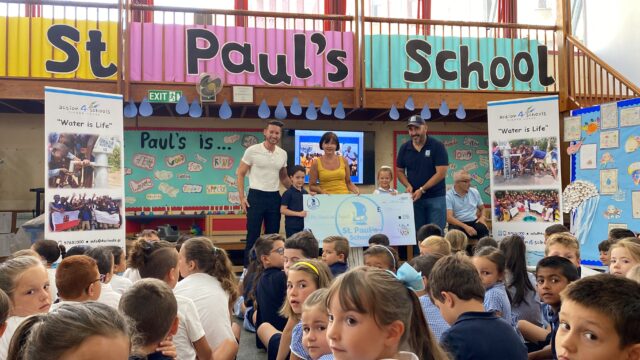 To also teach the children about water Jimmy Bruzon from Action4Schools was brought into the school and he told the pupils about how hundreds of children their age in a village in Sierra Leone did not have access to fresh, clean water.

He told them they had to walk for many miles everyday just to collect dirty water.

The children immediately wanted to help and suggested things like buying water and sending it directly to the village.

However, when they were told this was not practical the teachers encouraged them to come up with another way and together they thought fundraising for a well via Action4Schools would be the best way. 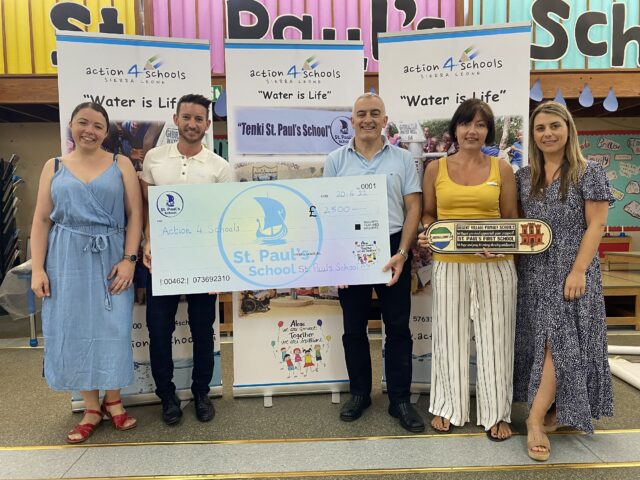 Ms Navas came up with an idea to raise money via sponsored poetry.

“We found a poem about water. The children learnt that poem, took their sponsorship home, asked friends and relatives to sponsor them. And then in school as a year group they recited the poem together and recorded it. We put it on the website for our parents to see. And that was a way to generate some sponsorship money,” she said.

Mr Bruzon added: “I think it's just one that wonderful to have a school completely dedicated to raising money for another school, which is very needy.”

The children found out they had raised enough at a special assembly on Monday last week.

They were all delighted when Mr Bruzon unveiled a big sign revealing they had raised enough.

They also raised £200 which was donated to The Nautilus Project and presented Mr Stagnetto with the cheque during the assembly. 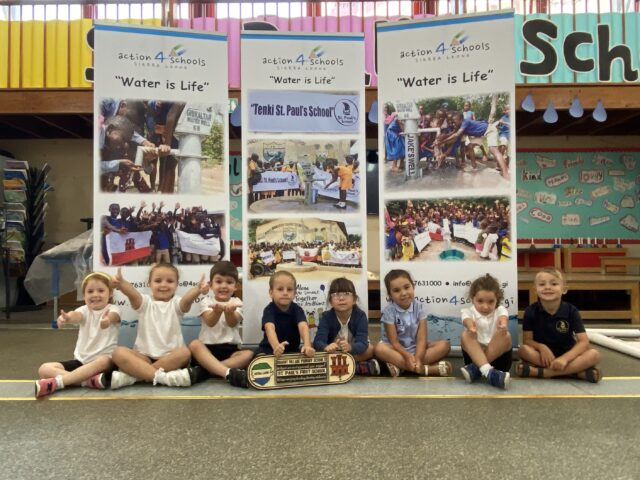 Children from the school in Sierra Leone had recorded a video to thank them for the well.

When asked after watching the video how the felt, the children said they felt “proud”, “excited”, “happy”, and had “goosebumps”.

The teachers of St Paul’s were not forgotten and one by one different children from the Regent Village school called out their names and thanked them.

As a thank you to the school, Regent Village school made a plaque from wood and carved out the countries two flags and engraved the words: “We thank you and appreciate your support. We hope and pray for a long standing relationship.” 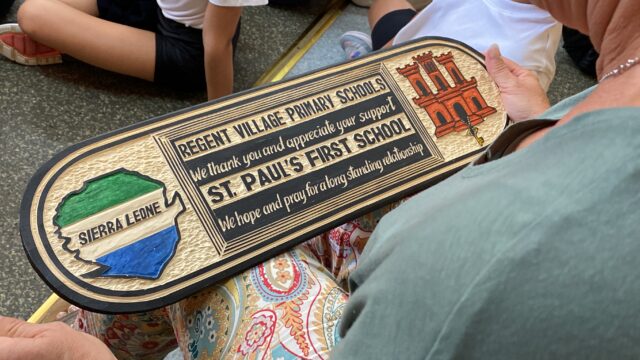 During the water week Ms Piri said the children learnt about this year’s theme which was “conserve what our children deserve”.

“We are being sustainable and promoting eco friendly mindsets and attitudes, that is very much at the forefront of our approach and education because we have to proactively respond to the world's needs and what's going on around us,” she said.

“And children need to understand that if we don't conserve and protect water as well ultimately it will have a negative impact on their lives in the future. And it's that kind of understanding on branching out that we have to kind of pay close attention to detail now.”

The school has cold water monitors which helps brings awareness to turn taps off so they know how important water is.

Ms Piri explained it’s not just about teaching them about water during that week but making it a bit more meaningful and technical.

“It has to be part of the everyday otherwise you lose meaning. Something like Jimmy and Nautilus coming in and actually showing them real pictures of the outside world really helps to take it to the next step. We're really proud of our collective efforts.”

“It's been really fun for the children. they've enjoyed it. I think the important thing is for them to realise the value behind giving to others, the acts of kindness, because that's important, but there's many different things, the value of water and the value of helping others even people you can't see.”

“A five year old or a four year old can make a difference it doesn't have to be an adult.”