Gibraltar saw a team participate at the LMC Prize Fighter Championships held in Southampton on the 4th of December.
“The event received players from throughout England and Wales. Overall, there were a total of 318 competitors in different categories. Phoenix Goodman, a current GB athlete, who has recently won Gold at the Riga Open and French Open, and who competed at the World Championships in Guadalajara Mexico last month, were amongst the competitors,” said Karissa Garcia, Gibraltar Taekwondo.
‘The event was hosted by the LMC Taekwondo team, specifically Max Carter, former GB athlete. It commenced at 9:00am and did not conclude until 5pm. KPNP electronic scoring systems were used for all Class A categories. Each fight was 3 rounds of 1 minute 30 seconds, with a 30 second rest interval. Master Edward Garcia (7th Dan), Lorena Garcia (4th Dan), and Brandon Avellano (2nd Dan) accompanied the team, with Brandon also competing in the veteran’s category.
For all but one of our players (Brandon Snr) it was their first ever competition. The team competed in the following categories:
Pee Wee Male B +26kg Leon Traverso
Children Female B -29kg Nia Liu
Children Female B -32kg Deena Boujelajel
Children Female B -32kg Chanel Hyde Gomes
Children Male B -32kg Brandon Edmonds Avellano
Children Male B -36kg Kian Gonzalez
Children Male B -44kg Olek Wojniak
Cadets Male A -57kg Duncan Stewart
Veterans Male A +80kg Brandon Avellano
“Duncan and Brandon took home bronze medals in their respective categories. With all players stepping into the court and putting on some impressive performances, showing courage and grit. It has been a great experience which will no doubt help them in their next competition.
‘This event has also allowed us to network and build on existing relationships with experienced coaches such as Richard Allen from the Allen Taekwondo Academy and Mike McKenzie from Quest Taekwondo.
‘A special mention must be made to Deona Chan (who has been a member of our club and is an experienced fighter) for making a 2-hour drive down to help us coach our players and support the team. We would also like to thank all the parents and family members who attended the event to support the team.
‘As with all competitions, our sponsors have played an important part. We would like to thank our player sponsors, Cotton Leisure, Greenarc, and Birdie Cafe Restaurant, for their generosity.
‘Lastly, a huge congratulations to Max Carter, for organizing a fantastic event. We are very much looking forward to hosting your team soon in Gibraltar.” 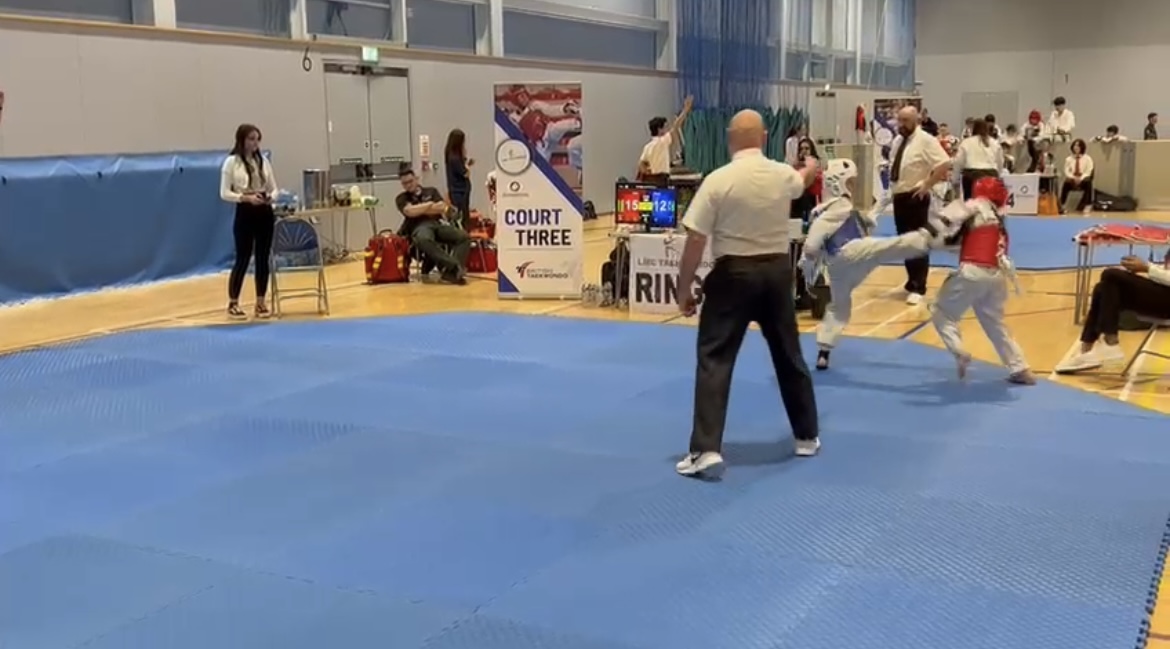 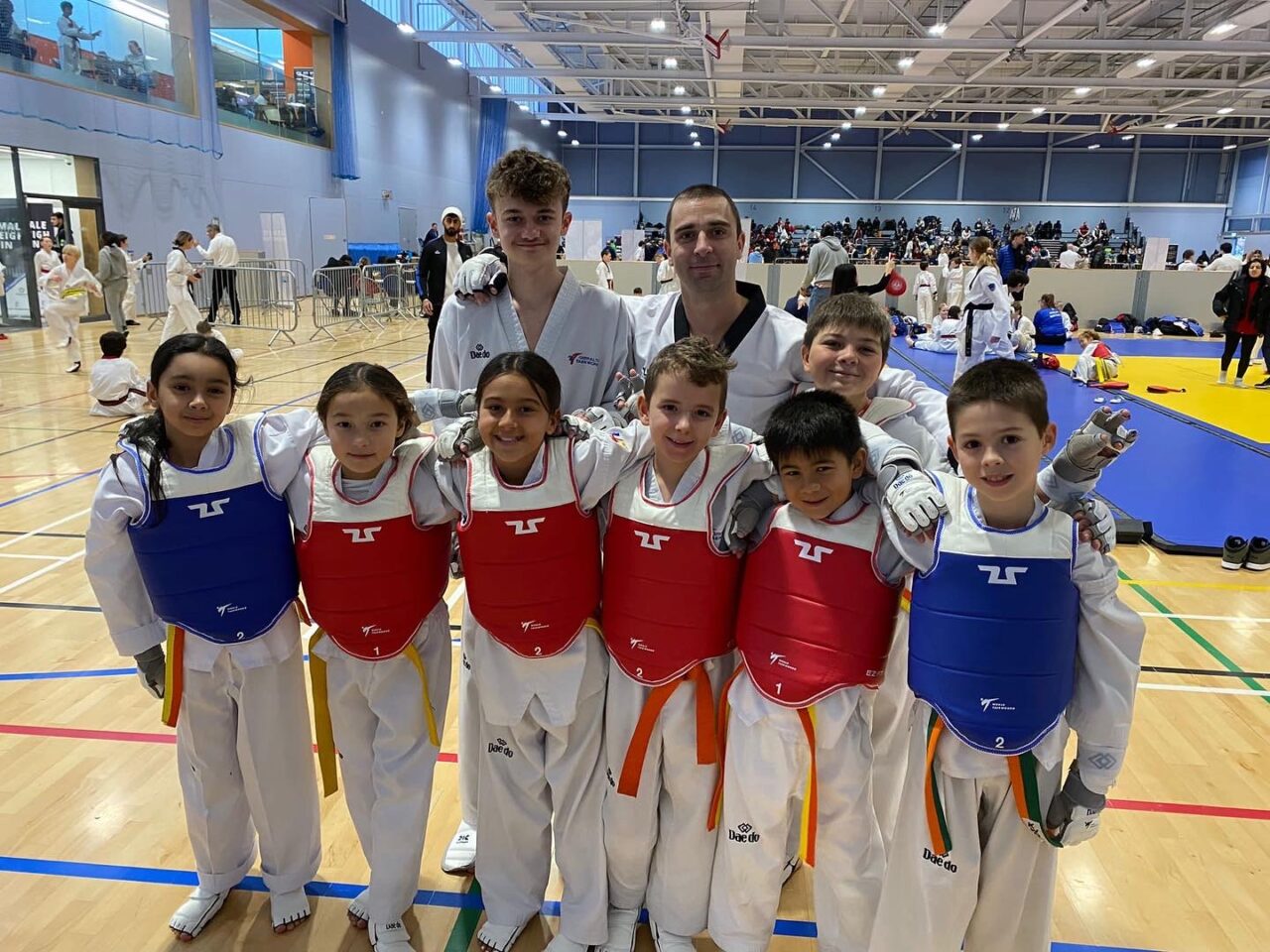 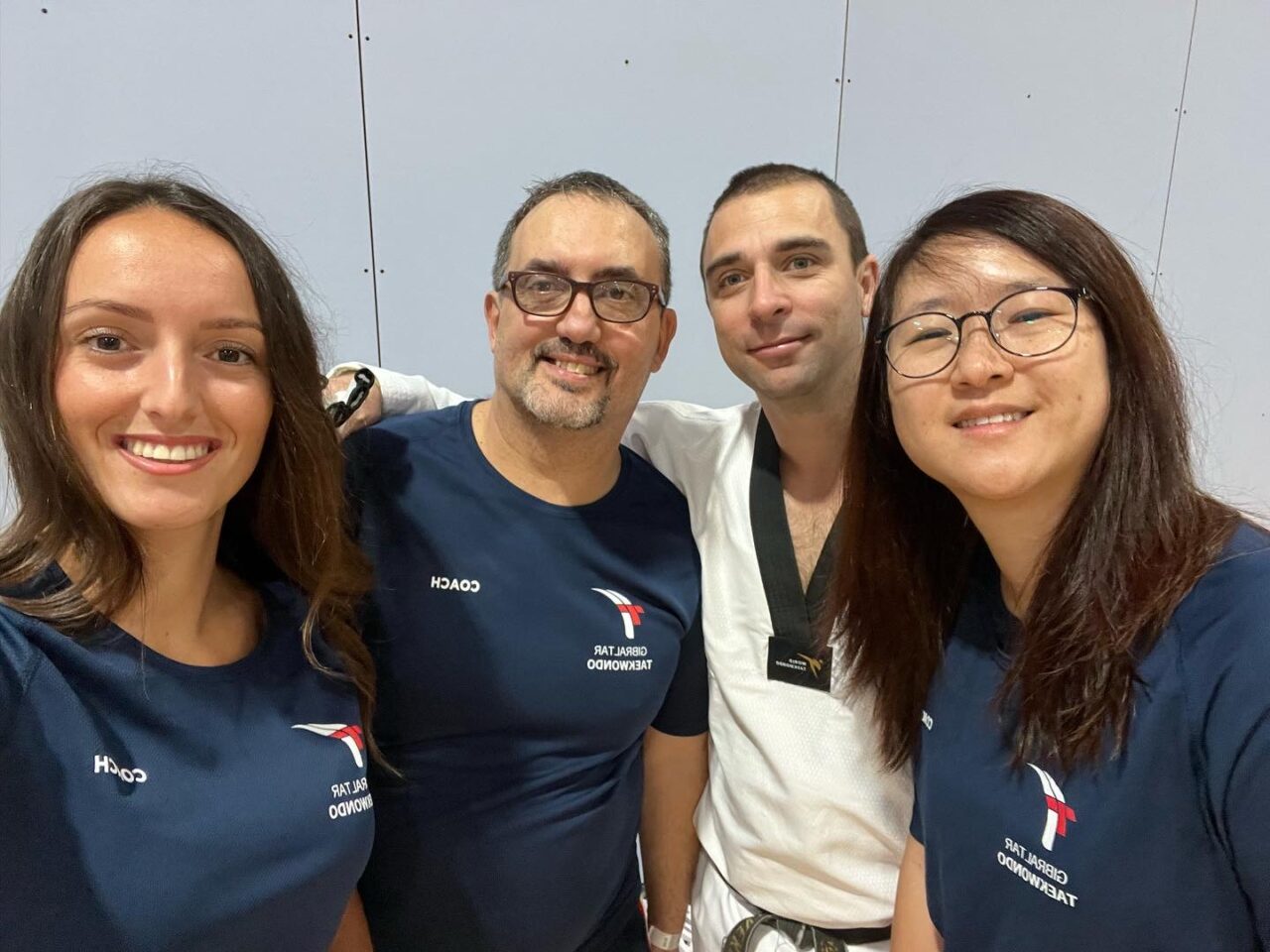 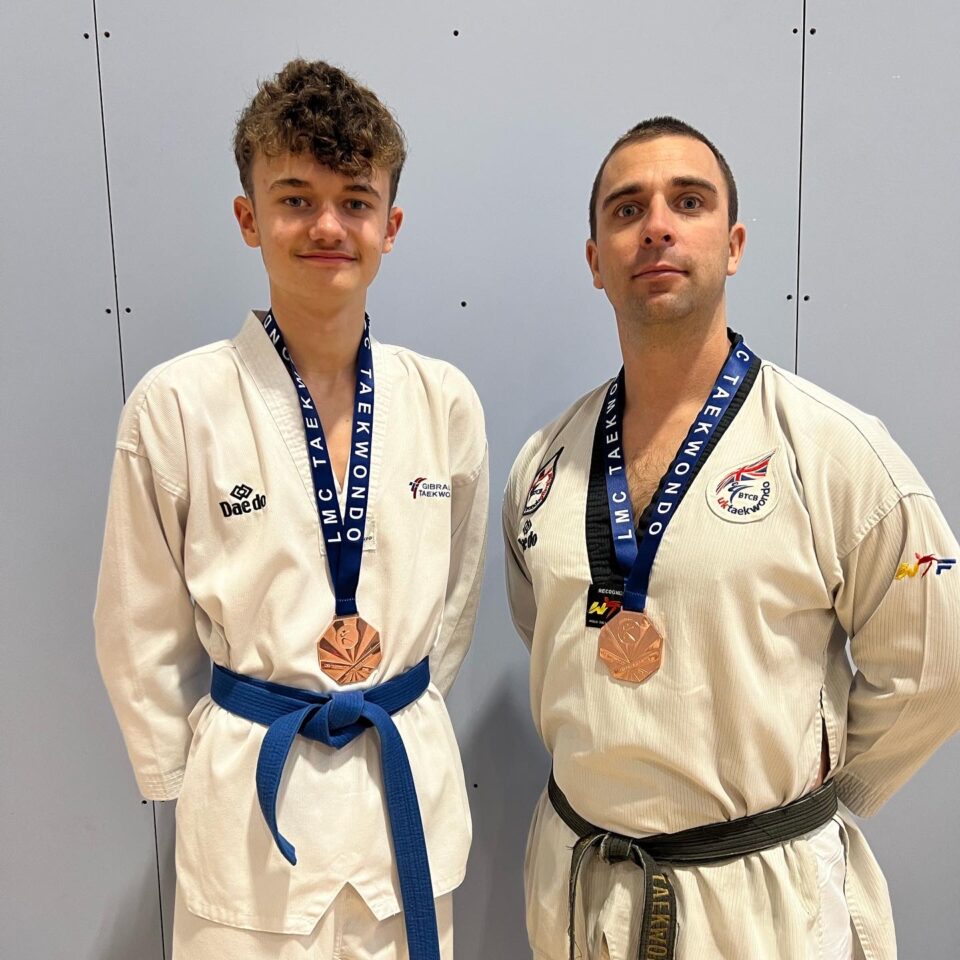