Swimmer Jordan Gonzalez was close to getting a bronze medal this evening before a packed Lathbury Swimming Pool Complex.
Jordan swimming in the 50m backstroke was to come fourth with a time of 26.52 receiving a huge ovation from the local crowd in attendance. Such were the numbers packing the new arena that space was somewhat limited with many people arriving early to get a seat following the morning showing which also saw the arena packed.
Earlier John Paul Balloqui had thrilled in the 200m butterfly finals where he was to finish 5th with a time of 2:08.70.
The men’s 4x50m medley was also to produce excitement with Bensadon, Carroll, Gonzalez and Sanderson swimming for Gibraltar. The local team was to fall just short from getting a medal but not through lack of excitement and determination. Finishing with a 1.45.63 they were to come in just after the Faroe Islands and Jersey and four seconds faster than the Isle of Wight. 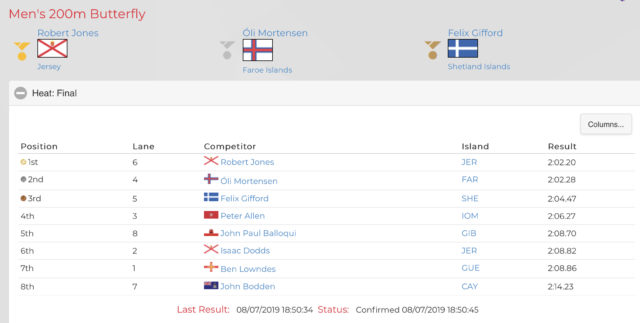 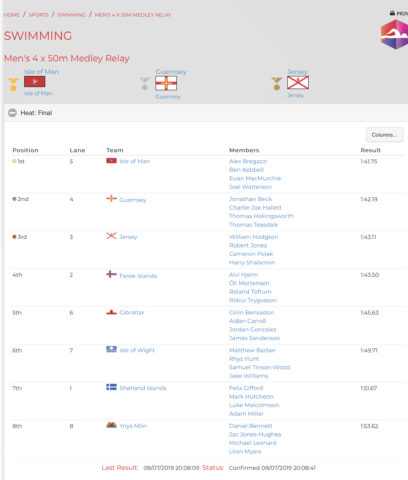