A teenager is helping dogs get adopted by making bow ties for them to stand out to potential new owners.

Darius Brown, 14, started producing the upmarket dogwear in the wake of Hurricane Irma in 2017 when he discovered many dogs and cats from Florida and Puerto Rico had been transported to shelters close to his home in Newark, New Jersey. 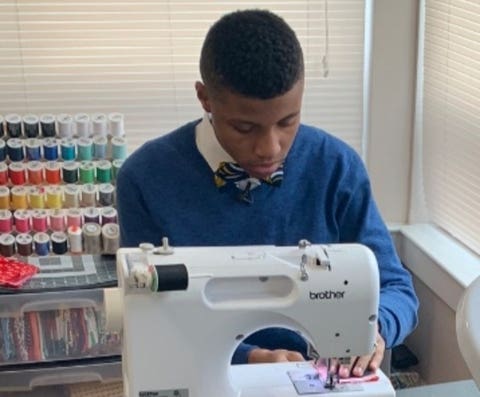 He told the PA news agency: “Because I was making bow ties at the time, I just thought that if people look good in bow ties, why not dogs and cats?”

His aim was to help the animals get adopted after discovering that some might be euthanised if no home could be found for them.

“It hurt my feelings a lot so I made my mission to help as many dogs and cats in the world as I possibly can,” he said.

By that time, Darius had already been making bow ties for two years after being taught to do so at the age of eight by his older sister, Dazhai.

“Around that time I was diagnosed with a speech delay, a cognitive delay and a fine motor skills delay,” he said.

“Any time I would use a sewing machine, my sister would be kind of scared because I had those delays.

“But my mom came up with the great idea that if I decided to learn how to cut the fabric then I could also develop my fine motor skills.” 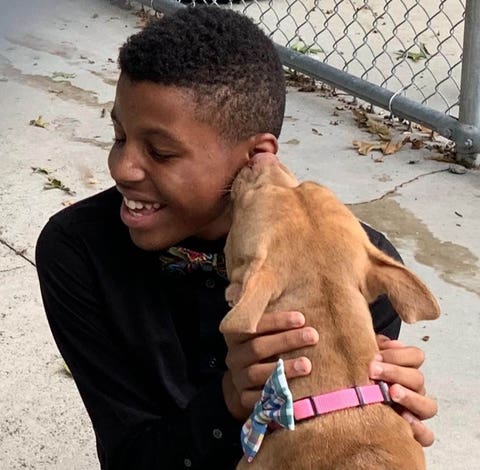 Darius earned the nickname Sir Darius because of his smart attire, having started wearing bow ties at a young age.

So it felt like a natural progression to start making his own.

“I feel like me and bow ties just have a strong connection,” he said.

So popular was his self-made neckwear with his friends that he ended up making some for them too.

From there he moved on to making ties for dogs – and some cats – mostly to send to animals in shelters to help them get adopted, although he also sells to the public via his Beaux and Paws online shop.

He has also made them for the pets of a number of famous people – including President Joe Biden’s rescue dog Major.

“I was actually able to give him one of my own hand-crafted bow ties, which was the inauguration bow tie,” he said.

“I made it the best way I possibly can and I just loved the way it came out.”

And another president – Barack Obama – sent Darius a letter commending him for his work after reading about his efforts to help find homes for shelter animals.

“That was a major, huge accomplishment. When I received the letter I was in tears,” he said. “I am actually honoured and blessed to receive that letter from him.”

By now Darius estimates he has made “up to 1,000” bow ties, with each one taking him about 15 minutes to create.

His efforts were described as “very heart-warming” by his mother, Joy Brown.

She told PA: “He has a huge heart, and he looks out for other people – and he’s been like that since he was a little boy, he was just born that way.

“I really love what he’s doing and the impact that he’s made on not just dogs, but even people.

Mother and daughter upcycle scrap into art for new exhibition