The draw put Gibraltar at the top of its group and represented a historic result for a team that joined UEFA just seven years ago and had been described as “the worst team in the world”. 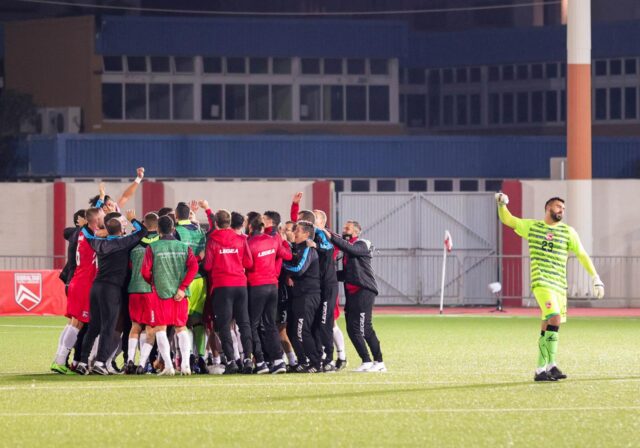 After an initial failed attempt for promotion last Saturday, Gibraltar’s national team secured its place in League C in the next edition with a second draw in just under four days.

Having already secured an advantage with their scoreless draw against San Marino on Saturday, Gibraltar required just the solitary point to ensure that Liechtenstein were pipped at the post.

Undefeated throughout the tournament with two wins and two draws to their name, Gibraltar had entered the match as only one of two teams which had not conceded a goal throughout their group matches.

Although it was a record, they were not to keep conceding the one solitary goal throughout the tournament in the final match.

The match was played behind closed doors at the Victoria Stadium under UEFA’s Return to Play rules.

Gibraltar came to a standstill as the team’s many supporters across the community were glued to their screens watching how the team succeeded in their final group match.

Tense moments were lived as Gibraltar defended their advantage against an opponent that required to win at all cost to overtake them. 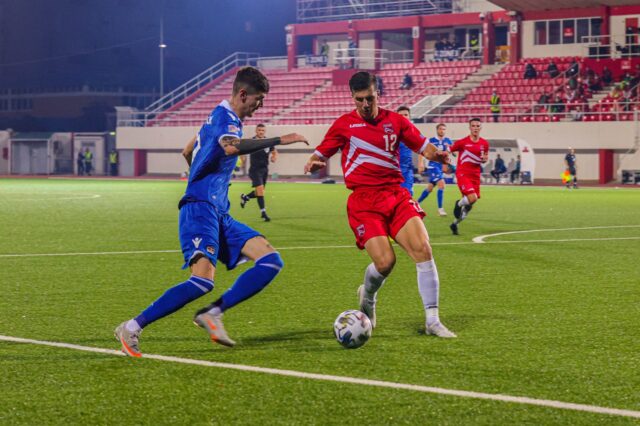 Holding out for the 90 minutes, Gibraltar added a further page to their history book as they gained promotion to League C in their second attempt, opening the gateway to now play against sides such as Luxembourg, Azerbaijan, Armenia, Georgia, Greece, Kosovo, Albania and Lithuania, depending on last night’s final results.

Other sides they may face include Northern Ireland, Slovakia, Serbia, Bulgaria and Republic of Ireland all of which faced relegation from League B to League C last night.

Gibraltar’s head coach, Julio Ribas opted to start with a defensive looking lineup with only young Tjay De Barr upfront. Defensive heavy back lines included seven players whose traditional roles within their clubs were in defence.

As is now traditional the players and Gibraltar officials and technical team played out their pre-match ritual as they turned to face the Rock when the national anthem was played, a symbolic gesture created during Riba’s era at the helm as a sign of respect towards the country they were representing. 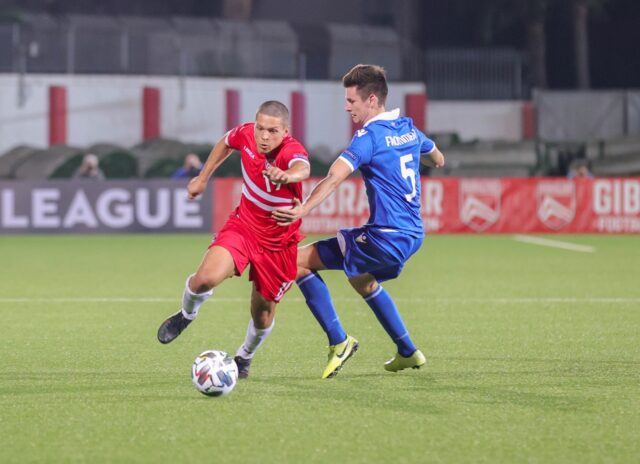 Liechtenstein had their own absentees with their playmaker Salanovic missing.

Gibraltar had the first shot at goal with Badr cracking a shot over the bar within the first two minutes.

Allowing Liechtenstein to play in the first minutes Gibraltar did not allow themselves to be rushed.

A slow first ten minutes allowed for the nerves to settle. Neither team showing much offensively as play centred in midfield. 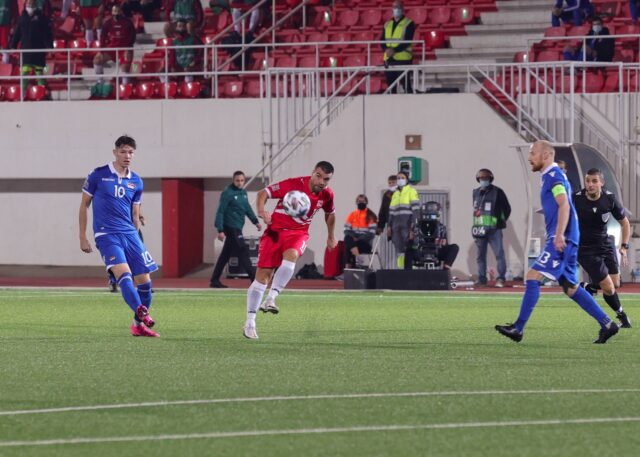 On the twelfth minute a free kick delivery from Walker was just missed by young Ronan running in at the back post. Gibraltar kept up those short moments of pressure. De Barr was next as he beat his marker and forced a corner with a run into the penalty area.

The corner was delivered by Liam Walker to the front post and flicked by Badr for Gibraltar's first goal on sixteen minutes of play. A Liechtenstein defender got the last touch as Gibraltar took an early lead.

The cards were momentarily now stacked against Liechtenstein.

This provided the home side with the additional confidence to open up their game more when in possession. Not allowing Liechtenstein to hurry them or influence them into fastening the pace.

Instead Gibraltar maintained it's disciplined formation securing their lead and taking the game to Liechtenstein when in possession.

Up front De Barr's close ball control continue to cause problems for the visitors. As the match reached the half hour mark Liechtenstein still had to trouble Coleing's goal. Gibraltar was, however, to let go of their advantage as Liechtenstein made the best out of a 42nd minute free kick. An unmarked Hasler had a fee header which although saved by Coleing ended at Frick’s feet for the equaliser. 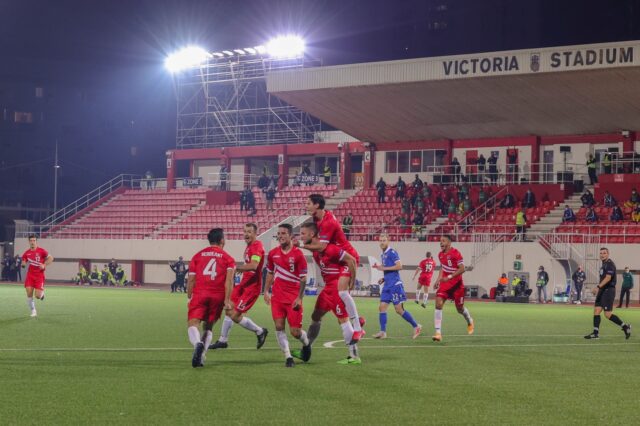 As the second half started it was still Liechtenstein who required to find a goal.

They were immediately on the front foot putting Gibraltar under early pressure. Gibraltar struggled to keep possession in the early moments of the second half.

They were to get a an opportunity at goal when Walker was brought down at the edge of the box on the fiftieth minute. The low delivery was deflected for a corner.

It was not until De Barr took on the defence on the sixtieth minute that Gibraltar had another opportunity as he was tripped outside the box.

Walkers free-kick crashed against the crossbar with the rebound falling to Hobi.

It was backs to the wall once again as Gibraltar again defended deep looking for De Barr whose close control held the ball well upfront. 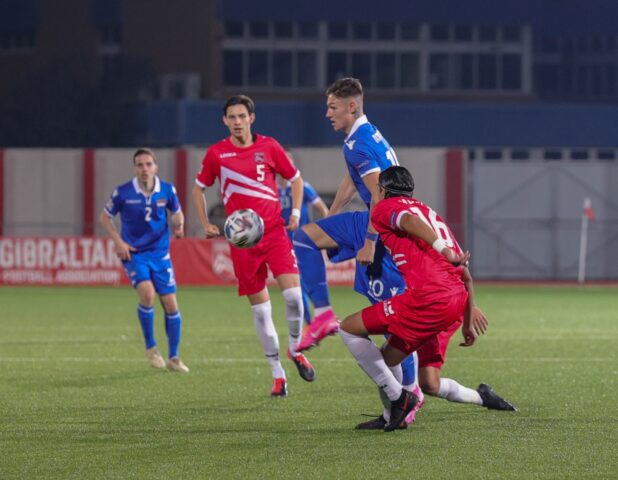 As Gibraltar entered the final quarter of an hour they saw a goal disallowed for offside. Even though Liechtenstein had the main possession and was putting pressure they had few opportunities at goal.

Changes in the final minutes added some fresh legs and physical strength for Gibraltar which further hampered the visitors.

Weathering the storm Gibraltar held on and secured the one-all draw which was enough to win their group and claim an automatic promotion to the UEFA Nations League C.

Europa clear way to finish first round as leaders