Thank you for the music: how ABBA became one of the most iconic pop bands the world has ever known

By Luke Rix-Standing
It would have been so easy for ABBA to have been a one-hit wonder. When the Swedish group took the stage during the 1974 Eurovision Song Contest to perform Waterloo - credited in previews as 'The Abba', and conducted by a man dressed as Napoleon - the superstars-to-be looked nervous.

Two minutes and 40 seconds later, the quartet had written themselves into music history. The UK gave them zero points - but that didn't stop ABBA romping to a well-deserved victory. On their way to the stage to collect their awards, Benny Andersson and Bjorn Ulvaeus were almost stopped by security guards, who failed to recognise them. 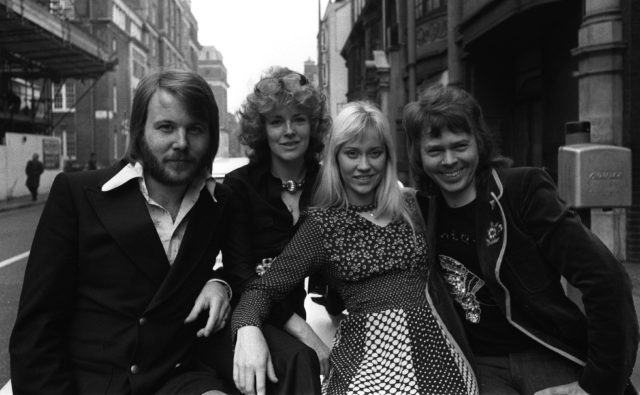 It was the last time the band would have that problem. They spent the next decade racking up record-setting record sales. Here, amid whispers of a reunion - and a new ABBA exhibition opening at London's O2 - we take a look over the legacy of the world's most musical acronym...

The Winner Takes It All
Something of an anomaly at the time, ABBA took Europop global when most of the world was still processing the breakup of the Beatles.

Entirely without the blues influences expected by rock n' roll's gatekeepers, their kitsch sound connected with more suburban audiences seeking good-time tunes. For many years there was a golden rule among disc jockeys: if the dance-floor is emptying, just whack on Dancing Queen.

As was practically the law in the Seventies, ABBA's crimes against fashion were heinous, and beyond counting. There were the silk ponchos, the star-spangled onesies, the synthetic dungarees. Flared jeans, flared shirts, flared everything. "I've never regretted any picture," said Andersson defiantly in 2014. "Just grin and bear it."

In reality, the outrageous outfits had a distinctly un-outrageous explanation. Swedish tax law contained a loophole that meant clothes were deductible if their owners could prove they were not for daily wear. 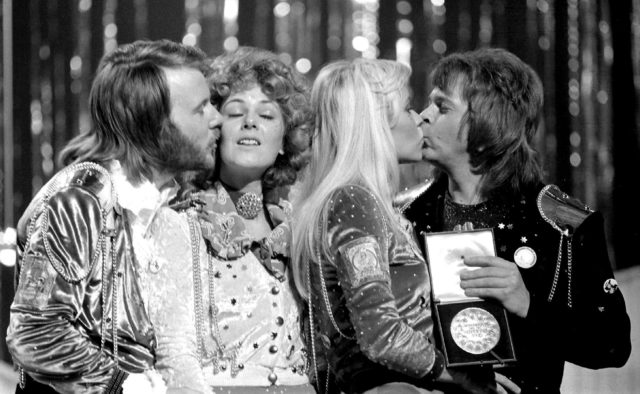 Though not always taken as seriously as Led Zeppelin or Queen, ABBA's success was unprecedented. Even now, entrants from non-English-speaking countries rarely break into English-speaking charts - and in the early-Seventies it was almost unheard of.

They were particularly popular in Australia, where a 1976 TV Special by the band picked up more viewers than the moon landings. The UK cultivated a similar ABBA obsession, and a two-date show at London's Royal Albert Hall in 1977 attracted 3.5 million ticket applications - enough to fill the venue 580 times.

They were even adored behind the Iron Curtain, although since they could not accept roubles and the Soviets could not pay in anything else, the band received their royalties in the form of oil commodities.

For years, America was the blot in their commercial copybook, and it took ABBA until 2008 to score their first number one album there - 36 years after the band disbanded. That was, of course, the soundtrack to the film Mamma Mia! 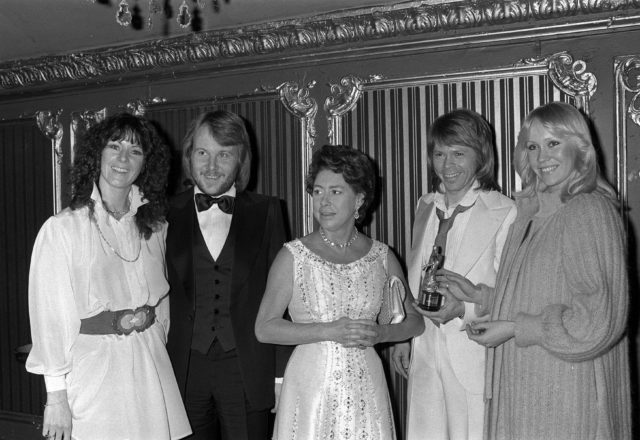 One Of Us
Contrary to the instant stardom afforded to over-produced boy bands and X-Factor finalists, ABBA's rise was a surprisingly long time coming.

Andersson and Ulvaeus were already established musicians when they met in 1966, in successful rock group the Hep Stars and folk-skiffle band the Hootenanny Singers respectively - although their first collaboration together, 'Isn't It Easy To Say', failed to trouble the charts.

As the Sixties became the Seventies, these bands slowly disassembled, and the two men worked together more and more. In 1969, Ulvaeus began dating Agnetha Faltskog, a singer-songwriter talent-spotted while still a teenager, who had already notched up a number one single, and the pair began crashing each other's recording sessions.

Anni-Frid Lyngstad was last on the scene, and perhaps the most intriguing. Born in 1945 to a Norwegian teenager and an occupying Nazi soldier, she was shunned by her peers and de facto orphaned when her mother died of kidney failure aged 21. Raised by her grandmother, she started singing professionally at 13, and earned her first record deal with victory in a national talent competition, before partnering with Andersson in music and in life.

ABBA formed through gradual synthesis and it's difficult to pinpoint a 'start', but a group holiday to Cyprus in 1970 probably marked the first concerted attempt at collaboration. Creatively, the band blended well, and at one stage a beach-side sing-song turned into an impromptu concert for UN troops stationed nearby. 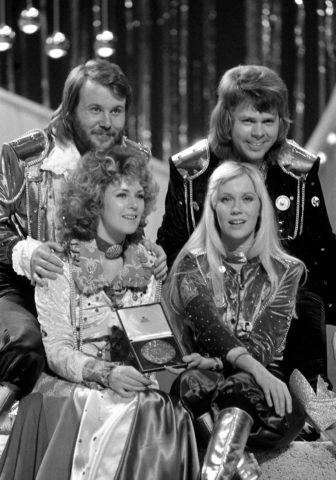 Settling on a name proved something of a trial. After discarding initial offering Festfolk ('party people' in Swedish), ABBA started life as a shorthand used by manager Stig Andersson. Before making the name official, the group held a competition in a Gothenburg newspaper, and considered Baba, Alibaba, and FABB. In reality, the group went full Boaty McBoatface and ignored the lot.

There was one catch: Abba was and still is a Swedish fish-canning company, founded in 1838, particularly well-known for its pickled herring. After a short negotiation, the firm agreed to let ABBA use their name providing they did not bring it into disrepute.

Lay All Your Love On Me
In the courtroom of popular culture, musicians are not judged solely on their music, and the double-couple arrangement served the band well - right up until it didn't.

By 1978, the strain of fame was taking its toll. Led Zeppelin recorded their final album at ABBA's Polar Studios that year, and frontman Robert Plant later told an interviewer that he had accompanied Andersson and Ulvaeus to local sex clubs in order to get away from their wives.

As the clouds gathered over the band's relationships, their music became noticeably darker. Gone were exuberant earworms like Dancing Queen, and in their place the sober realism of One Of Us and The Winner Takes It All.

Faltskog and Ulvaeus filed for divorce in 1979, and Andersson and Lyngstad separated a year later. ABBA finished up its tours and followed suit.

Our Last Summer
Since disbanding, the four members have gone in drastically different directions (Lyngstad married Prince Heinrich Ruzzo of Reuss and was styled Her Serene Highness, while Faltskog became so reclusive the media nicknamed her Garbo II), but ABBA itself just refuses to die.

There's Mamma Mia! - the most successful film musical of all time (and that's despite Pierce Brosnan's singing), and of course, the obligatory follow-up Mamma Mia! Here We Go Again.

There's ABBA Gold, released a decade after the band broke up, which quickly became the second-bestselling compilation album of all time. For years, you could look in the glove compartment of any car and find sunglasses, insurance documents, and an old, tattered copy of ABBA Gold.

Most of all, the band lives on in the astronomic number of hours it racks up on stereos and streaming services every year. There are some people - hipsters, irony merchants, joyless succubuses - that claim not to like ABBA. They're all lying.
(PA)

How to stop impulse spending draining your bank balance