‘The Awakening’ at St Michael’s Cave

An immersive light and spatial audio installation has been launched at St Michael’s Cave, in a project that officials hope will make the cave an attractive place to visit for both tourists and locals alike.

The project aims to showcase the beauty of the cave and uncover the Rock’s natural history through projection mapping, lighting design and immersive audio.

The Minister for Culture, Dr John Cortes, and the Minister for Tourism, Vijay Daryanani, were at the launch and both agreed that the attraction will benefit the Rock’s tourism product.

Dr Cortes said that the attraction will bring the cave to life, particularly for those who have never been there before.
He added that tourists will be “overawed by its beauty.” 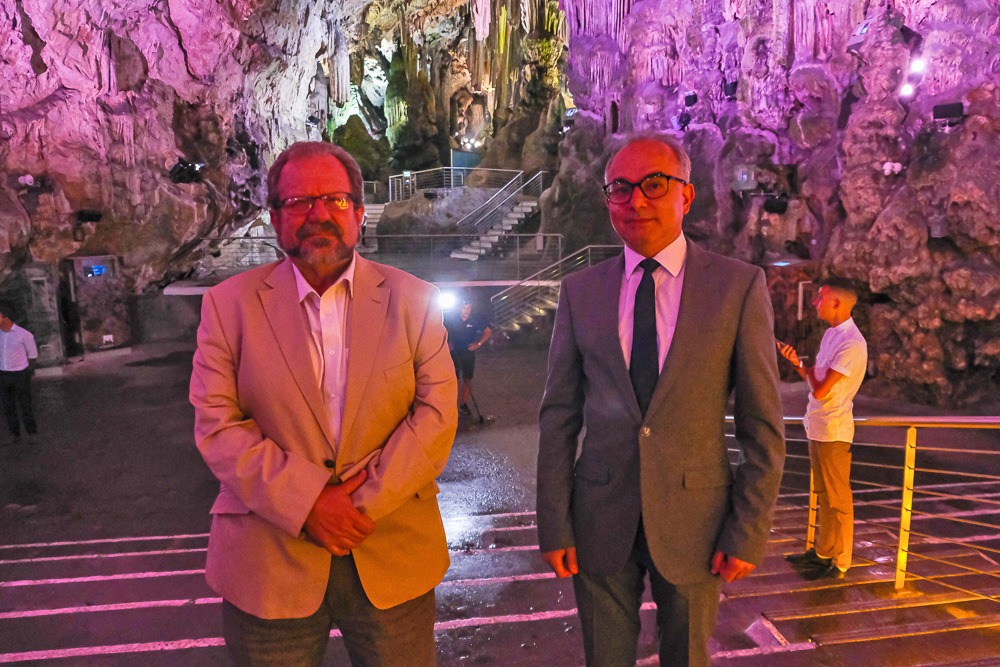 Mr Daryanani described the attraction as being “extremely impressive.”

“This is another addition to our tourist product, I think people will be extremely impressed.”

Christian Wright, Director of Wright Tech Media, described the plans as “turning a site into an attraction.”

Mr Wright believes that “The Awakening” will help encourage more tourism in Gibraltar in the eventual post-Covid-19 world.

“In a post-Covid environment, that we should hopefully be getting into sooner rather than later, there are going to be a lot of countries screaming for tourists to come back, so elevating a site that was already beautiful like St Michael’s, I think, follows a trend that means we can really compete on an international scale,” he said.

“At the end of the day we are not reinventing the wheel, we are just taking principles and elements that have been taken by other sites and attractions around the world and implementing them here.”

“I have always been a firm believer that we have so much history and culture to offer that we really need to grab hold of it and show it off.”

Mr Wright added that an aim is to also re-engage locals into enjoying St Michael’s Cave.

“One of our main goals was to re-engage the local population,” he said.

Educating the population on the wealth of heritage that surrounds them is one of the ways in which Mr Wright hopes to re-engage people.

“Kids and adults can discover more about what belongs to them,” he said.

“Not only are we telling a geological story through the lightshow, but at the same time we have engaged with local schools, in particular St Bernard’s First School to create educational packs for children and try to encourage them to start to learn about what they have in their own history and heritage.”

Mr Wright added that the efforts are not over, despite the attraction having already launched.

“This isn’t a product that is going to be done, dusted and moved on, we want to evolve, keep growing and want to keep improving,” he said.