The day the world became orange

One of the most frequent remarks expressed by people on the 24th March, 2022, was “I have never seen anything like it”. This was the day when Saharan dust in the atmosphere briefly seemed to turn the world orange in colour. The remark was accurate, these events are unusual and infrequent and I am not aware of any similar event having taken place in Gibraltar within the last hundred years or so. Let’s not overstate this, though. Saharan dust plumes frequently disperse into Europe or across the Atlantic but the local effect was certainly unusual.

Whenever I hear statements about a record climatic event, the biggest, hottest or coldest “since records began”, I have to admit to treating them with a heavy dose of scepticism. I don’t doubt these records, it’s the timescale that bugs me. Having spent much of my lifetime studying events from a deeper past, one or two hundred years of records become puny in those timescales. Let’s use this latest Saharan dust event to illustrate my point. 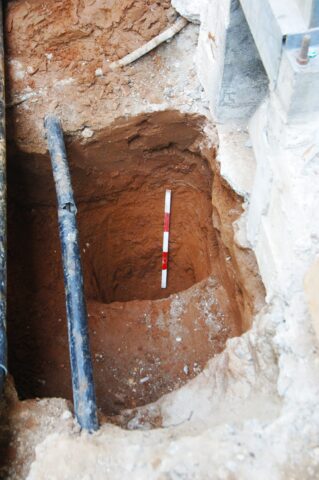 Most of us will have heard of the red sands of Gibraltar. We even have a road and an estate named after them. Most of us, when asked, would probably say that the red sands are found under the Alameda Gardens, perhaps best seen exposed at Sandpits. Having directed urban excavations since the mid-1990s, the first to have ever been done in Gibraltar, my perspective of the red sands has changed completely. They are actually found under most of the city, they are simply covered by buildings. I would guess that the red sands were highest somewhere close to the Cathedral of St Mary the Crowned. Here, we found red sand deposits that were over four metres thick! They tapered northwards but you could still find red sands meeting the yellow sands of the beach at Casemates. Southwards they reach Sandpits.

In the past, these red sands were a feature of the Rock. The fourteenth century traveller Ibn Battuta visited Gibraltar and described the works that that had been carried out including an arsenal (at Casemates) and “the great wall which surrounds the Red Mound”. Another visitor, Ibn Marzūq, tells us how the red sands, with so many new buildings, looked white from a distance. The red sands were such a feature that a large part of Gibraltar was named Turba al-Hamra. They remained a feature even into the eighteenth Century. Francis Carter (1771-72) remarked on how walking over the red sands, which were then very conspicuous, had fatigued the company. 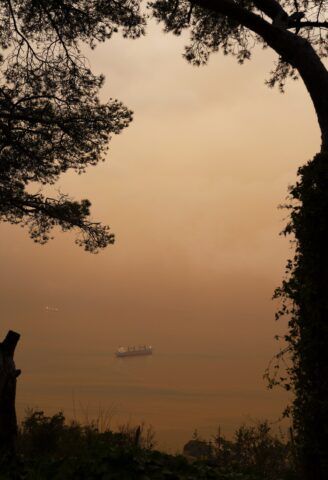 Twenty years ago, my views were that the red sands had formed by flash floods bringing red soil from the Upper Rock. I was wrong. Research, including analyses, that we have carried out since, show that the red sands under our city have been transported by winds from the Sahara. So, how do you build up a 4 m thick deposit? Think of it this way. Let’s assume that the event of the 24th March deposited a layer 1 mm thick and that this layer remained on the surface undisturbed. You would need four thousand such events to reach 4 metres, right?

We know that these sands will have been deposited, from time to time, throughout the Quaternary, a period of roughly two million years. So, all you need is an event like the one of the 24th March to have happened every 500 years for the mound to have built up. Clearly that’s not within a person’s lifetime, so it’s not surprising that none of us had seen this before! But, get away from the concept of “since records began” and at timescales of thousands of years, it’s actually a fairly common event. It would have to be or we would not have a 4 m thick red mound under our feet!

I should qualify my rough calculation. Once every 500 years is an average. The next event could happen tomorrow or in a thousand years’ time. And some events might be more powerful than this one, just like many others are less powerful and more frequent. I have simply used it to situate ourselves and give us a sense of perspective.

I don’t want overdo the sands but there is one point that I want to clarify. The huge sand deposits on the east side – the Catalan Bay dune and the deposits inside Gorham’s and Vanguard Caves – have nothing to do with the red sands. The east side sands are autochthonous while the red sands, as we have seen, are allochthonous. The yellow sands of the east side are wind-blown sands from the now-submerged coastal shelf which stretched over four kilometres eastwards from the Rock. That shelf, when exposed, consisted of huge dune fields. That sand was blown against the Rock by palaeo-levanter winds. The deposits, reaching up to 300 metres on the Catalan sand dune, accumulated rapidly over the last 120 thousand years, over a much shorter time window than the red sands. Red sands occasionally fell during this time and we pick them up as fine strata within the east side dunes. Only on the west of the Rock, however, were the red sands free to accumulate without interference from the yellow sands. 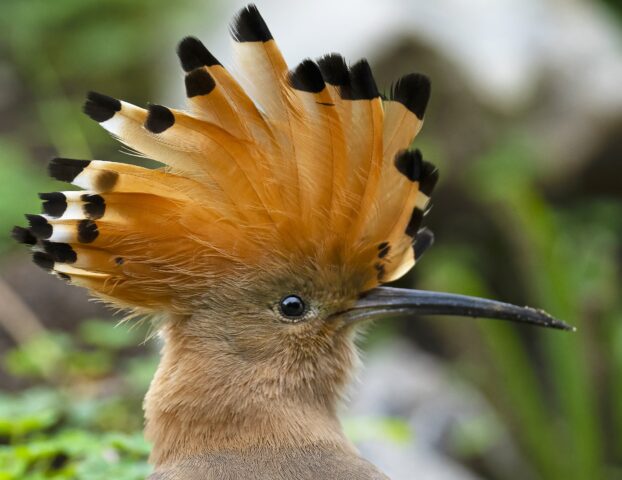 The latest event has happened at a time when millions of migratory birds are crossing northwards over the Sahara as they head for their breeding grounds in Europe and Asia. The event certainly brought down many such migratory birds at Gibraltar. These birds were “caught in the storm” and had to make forced landings. Remember, they mainly fly at night and use the stars for orientation. They were lost and the best tactic was to settle and await better weather.

The data emerging are showing us that North African birds were also affected by this weather. Moussier’s redstarts, resident in the Maghreb, have turned up in Valencia; a cream-coloured courser, a bird of the Sahara, was seen in Cabo de Gata, Almeria; and an Isabelline wheatear, that breeds in arid country across central Asia and winters in Africa, was found on Mallorca. So far, no desert birds on the Rock this time but we are all keeping our eyes open!