It was not just Lincoln Red Imps representing Gibraltar at UEFA competition group stage matches.
In Seville, Gibraltar FA’s Gareth Latin was the official UEFA Venue Director at the Europa league group stage match at the Estadio Benito Villamarín, Seville between Betis and Leverkusen.
The match which was to finish 1-1, left both teams unbeaten joint top of their group G table with seven points. Only goal difference separating them.
Gareth Latin’s presence should come as no surprise though as he has worked for UEFA, as a Venue Director, since 2016, in both the Champions League and Europa League.  He has been active on the European Scene right up to the Europa League Quarter Final Second Leg between Villareal and GNK Dinamo.
As the Gibraltar FA highlighted earlier this year one of the most crucial roles in the organisation of any of their competitions, from International football, right through club competitions, a UEFA Venue Director is the individual responsible “for the overall implementation of the competition on site and main contact person for the clubs, UEFA delegate and referees, with focus on competition and sporting matters.”
Mr Latin has not only earned his stripes within the field but is understood to be highly respected too as he quietly places Gibraltar football on the map in other ways than through playing, the latter something he also does at times as a veteran player when he has been able to.
The match was also to see another local connection with Gibraltar Betis fans among those watching.

His latest action on the field was captured by Gibraltar photographer Christian Correa. 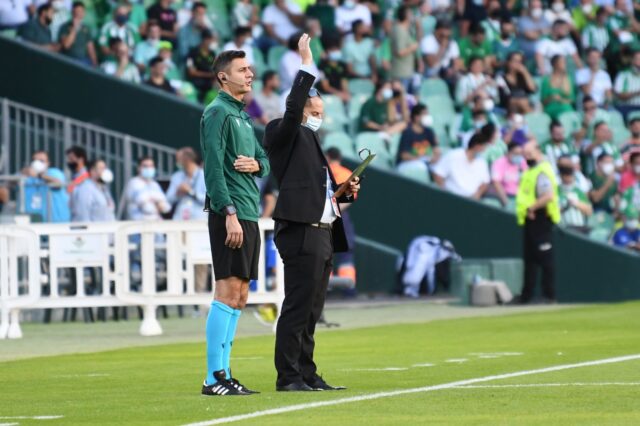 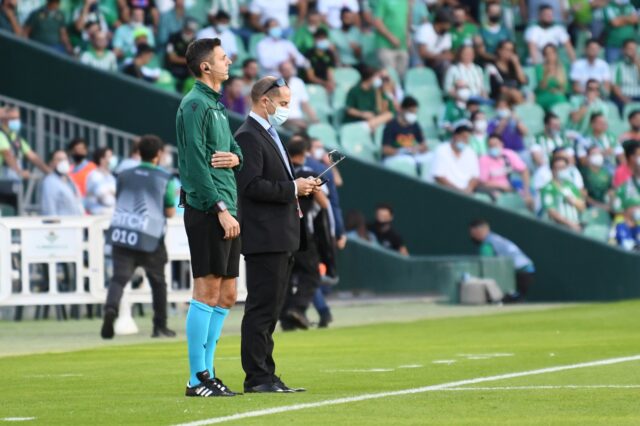 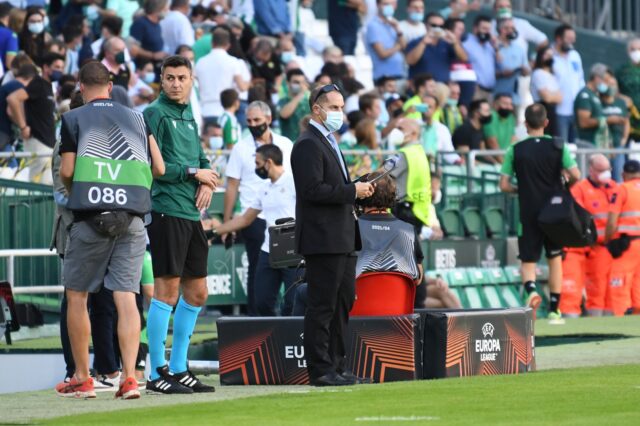 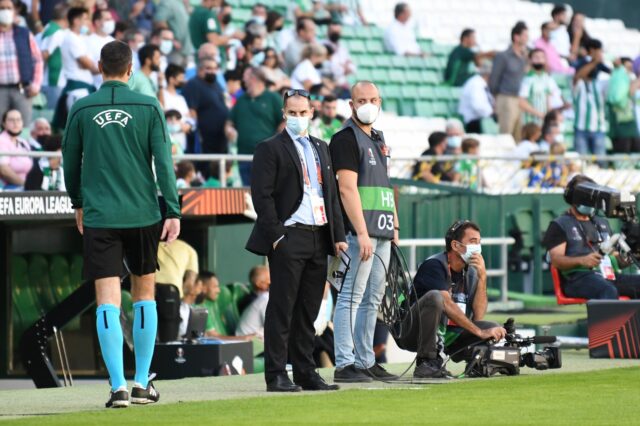 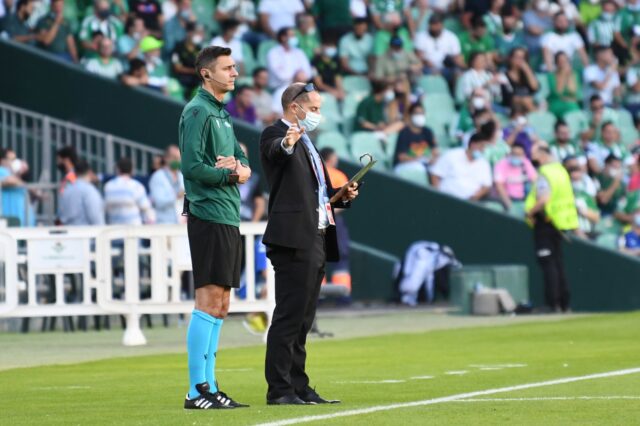