The haunting history of Halloween, and its gloriously ghoulish traditions

By Luke Rix-Standing
For an ostensibly child-friendly holiday, Halloween sure has some adult themes. While trick or treating and pumpkin carving are fun for all the family, the Halloween horror movie is generally age-restricted and many parties are strictly for grown ups.

Amid the litany of Halloween traditions, there's a perception that it's now mainly an American holiday - and given America's enormous Halloween economy ($8.4 billion in 2016), you can see why. But while some aspects are undoubtedly commercial invention, others are ancient tradition. 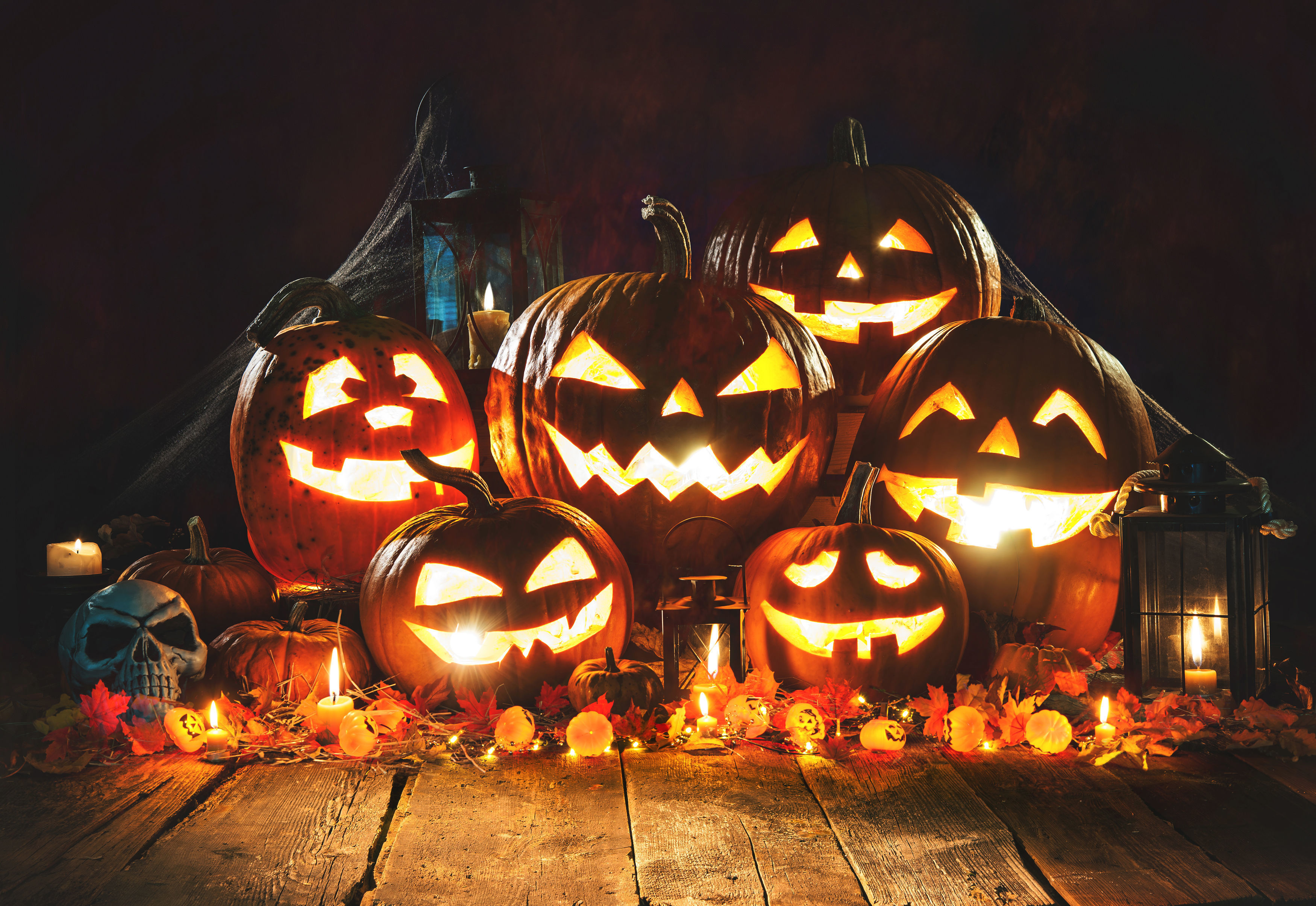 Here's how we happened on this heinously horrifying holiday, from haunted houses to heathen harvests...

All Hallows' Eve
You'll be gratified to know that Halloween's origin story is as delightfully spooky as the holiday deserves. Most historians trace its roots back to Samhain, an ancient Celtic festival during which the veil between our world and the 'Otherworld' was believed to thin to the point of vanishing.

Still celebrated today by self-described pagans, the revelry included giant, sacred bonfires, and dressing up as demons in order to blend in with the dark beings of the spirit realm. Offerings of food would be left outside to sate them, while in some households places would be laid for dead relatives returning briefly to the land of the living.

As Christianity spread across Europe, it slowly merged with, and then consumed Celtic customs. During the 8th century, Pope Gregory III moved All Martyr's Day from May to November 1, in a slyly successful attempt to turn a pagan festival into a church-sanctioned holy day.

The newly-named All Saint's Day (also known as All Hallows' Day), was celebrated with a familiar array of bonfires, costumes and merriment. The previous night, the traditional night of Samhain, became All Hallow's Eve, its spookiness very much intact.

It doesn't take an etymologist to spot the connection with Halloween, and the word was particularly popularised by the 1785 Robert Burns poem of the same name.

Pumpkin carving
If you like pumpkin carving - thank the Irish. Halloween in its current form really took flight in America, but it was Irish immigrants, especially the millions fleeing the Irish Potato Famine, that mostly made it happen. 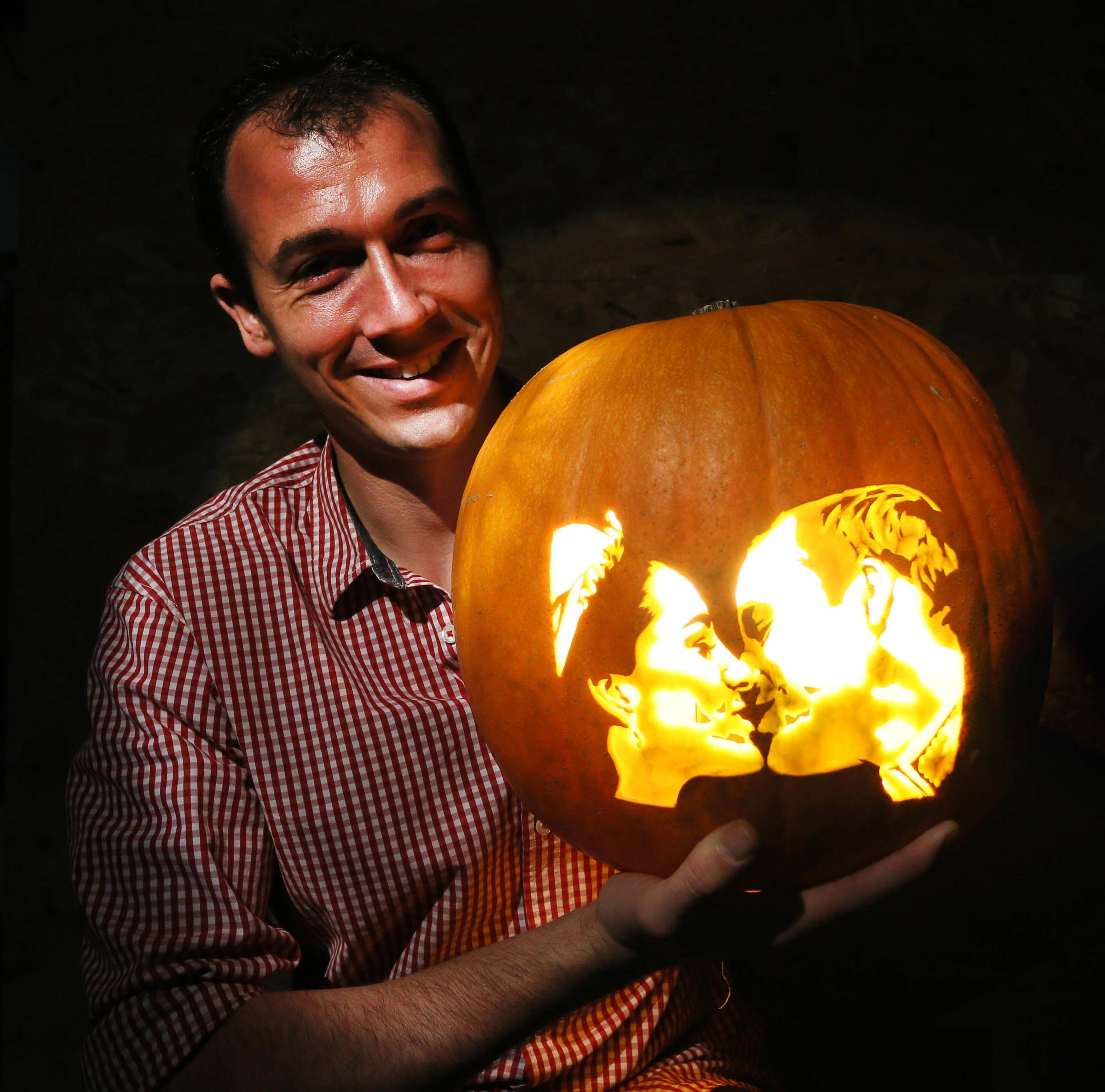 In Ireland, turnips were traditionally hollowed and carved during Halloween - an ancient harvest tradition that long predated All Hallows'. The pumpkin was simply a larger, softer, and, most importantly, native North American, alternative.

The phrase 'jack-o-lantern' is now often considered an Americanism, but it originated on this side of the Atlantic - a remnant of an old Irish fairytale.

The story follows a conniving drunkard named Stingy Jack, who trapped Satan in a tree surrounded by crucifixes, and only let him go on condition that Satan could never claim Jack's soul for Hell. When he died, Jack's sinful life barred him from entering Heaven too, leaving him to doomed to wander for all eternity.

As Halloween became gradually less traditional, the pumpkin took on a life of its own. Brothers Ian and Stuart Paton have now broken their own British record for largest pumpkin several times, most recently with a massive, orange monster that tipped the scales at 1,105kg last year. They're still the weight of a large person away from the world record, a 1,190.5kg behemoth grown in Germany in 2016.

Some punters go to even greater lengths to sate their pumpkin fever. Last year Yorkshireman Tom Pearcy claimed the vacant world record for largest pumpkin boat by paddling a 619kg pumpkin down the River Ouse. 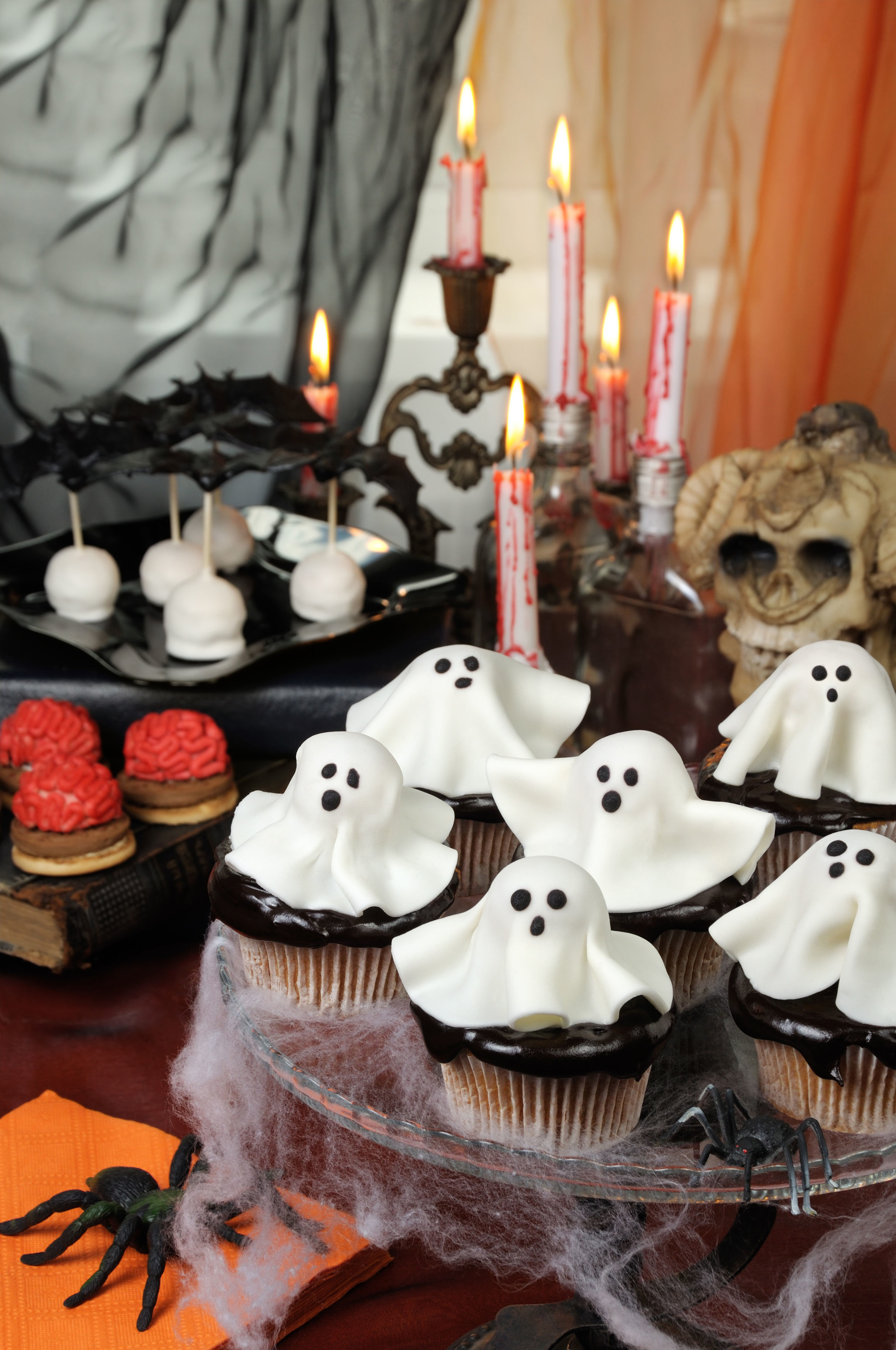 Trick or treating
Out of context, trick or treating is pretty weird - young children donning bed sheets and threatening strangers for candy - but in context it might be even weirder.

In medieval England, impoverished "soulers" would traipse from home to home begging wealthy citizens for "soul cakes", in exchange for prayer. The practice fell out of favour after the Protestant Reformation - Lutherans felt it was transactional, and akin to indulgences - but a steady stream of determined Catholics kept the tradition alive.

As early as the 16th century, "guising" was popular in Scotland and Ireland - youngsters would don costumes and perform songs and poems before claiming their 'treat', usually in the form of fruit or nuts.

These centuries-old practices enjoyed a sweeping Renaissance in 1930s North America, and the first known use of the phrase "Trick or Treat" was in a Canadian newspaper in 1927.

"The youthful tormentors were at back door and front," read the article, describing a boisterous Halloween night in Blackie, Alberta, "demanding edible plunder by the word 'trick or treat' to which the inmates gladly responded and sent the robbers away rejoicing."

Though it's hard to say exactly what caused this revival, it certainly owes a debt to Snoopy, Charlie Brown, and Donald Duck. Initially many Americans saw trick or treating as extortion, and with World War Two sugar rationing straining US candy reserves, the practice was nearly dead on arrival.

In 1951, Charles Schulz helped reignite the trend with his riotously popular cartoon strip Peanuts, drawing Charlie Brown and friends preparing for a night of "Halloween ghosting". A year later Disney got in on the act with the short film Donald Duck - Trick or Treat, in which Donald's nephews Huey, Dewey and Louie, petition their uncle for treats, but end up getting tricked.

In America, trick or treating was off and away, but it took a while longer to become common in the UK. Brits can be rather po-faced about the practice - surveys have repeatedly shown that around half of all adults pretend not to be home when the kids come knocking.

As with so much of the Halloween superstructure, trick or treating first found life in Europe, but America took it, packaged it, and sent it back across the pond bigger, brasher, and more sugar-coated.

Halloween parties
The story of the Halloween party is, predominantly, the story of secularisation. Across the nation's nightclubs and campuses Halloween is perhaps the biggest, booziest night of the year, while costumes are as much about what you don't wear as what you do.

Consider the Mean Girls scene when Lindsay Lohan steps out as a zombie bride, only to find her friends dressed as playboy bunnies and scantily-clad mice.

Needless to say, this tradition is neither Celtic nor Christian. By the late 19th century America was Halloween celebrator-in-chief, and witchcraft and superstition were quickly going out of fashion. Parents were encouraged to shun the gruesome and ghostly in favour of community-centric get-togethers, mostly populated by children's games and autumnal food.

By the 1930s Halloween was a predominantly secular holiday, focusing more on parades, parties, and town spirit than tales from the beyond, and today's alcoholic jamborees evolved straightforwardly from there.
(PA)