The silent heroes in Melbourne

Gibraltar’s swim team are probably among the sports teams to receive the least public exposure during the better part of the year. Usually their names appear when teams represent Gibraltar at World Championships, Commonwealth Games or island Games with many of their achievements throughout the year going unknown.
A sport which has quietly waited for the now five year delayed 50m swimming pool at Lathbury and who did not cause any ripples when their preparations were impacted due to recent incidents which affected swimming pools, the swimmers have nevertheless continued to go from strength to strength.
Although Gibraltar’s small swimming community is quiet a distance from getting close to the top guns in the sport, even the smallest of swim teams representing Gibraltar have been competing well above their weight and far from the lowest ranked as has been seen with other major sports in Gibraltar.
Only last week Gibraltar’s participation in the FINA 16th Edition of the Swimming World Championships saw, even before all events had yet been completed, swimmers finish first, second and third in their heats. Something which in other times would have been hailed a victory.
However, so used are we of their successes that their achievements are not getting the type of recognition that we would normally expect when speaking about other sports.
Significantly Gibraltar’s swimmers have stamped their place within the international community now starting to see their fruits as they maintain rankings well above those expected from a small nation such as Gibraltar.
Matt Savitz was to accomplish a 69th overall ranking from close to 100 competitors in the 100m freestyle whilst Rachel Sanders in 50m butterfly finished 38th from 45 competitors.
Asia Kent, who once again returns having broken two national records, the second major competition in a year in which she achieves similar feat finished 43rd from a field of 55 swimmers in the 100m breaststroke. At the time of writing the swimmers still had more events to complete, however, their achievements deserve recognition as they continue to stamp Gibraltar’s name in the sport. 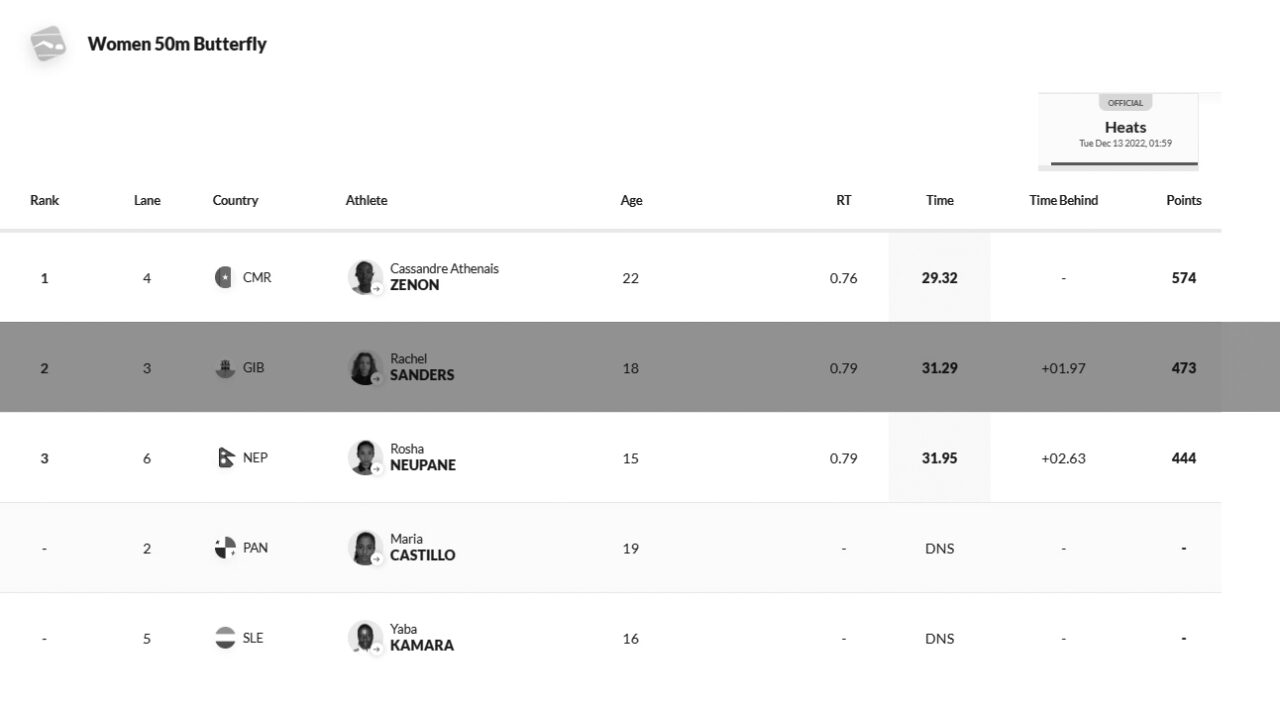 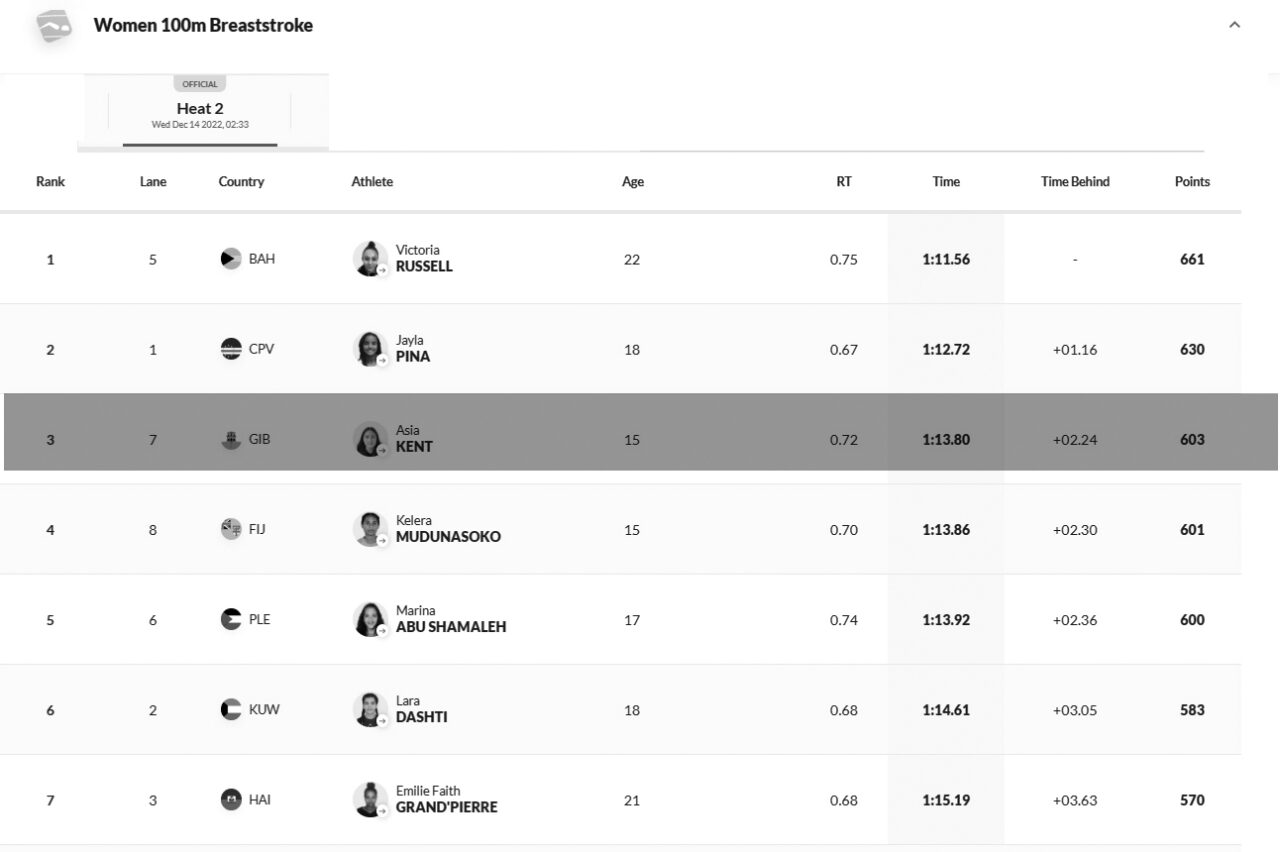 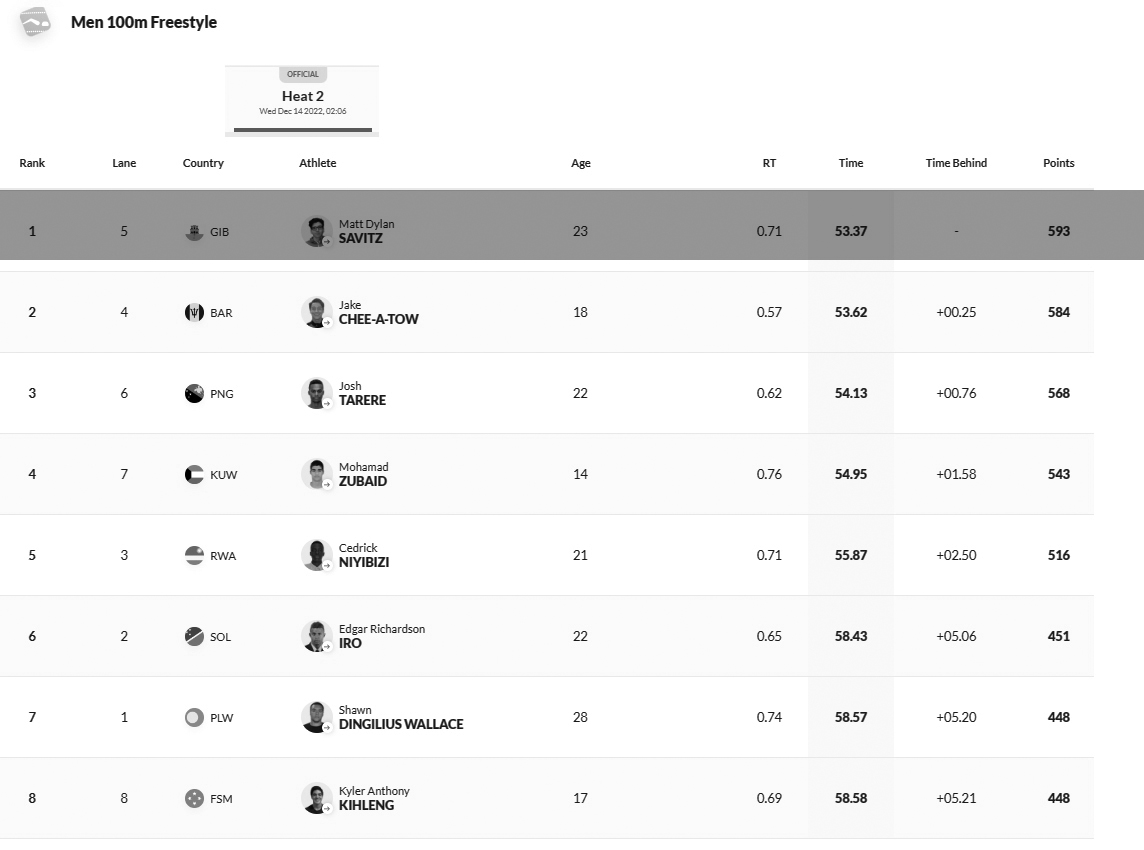 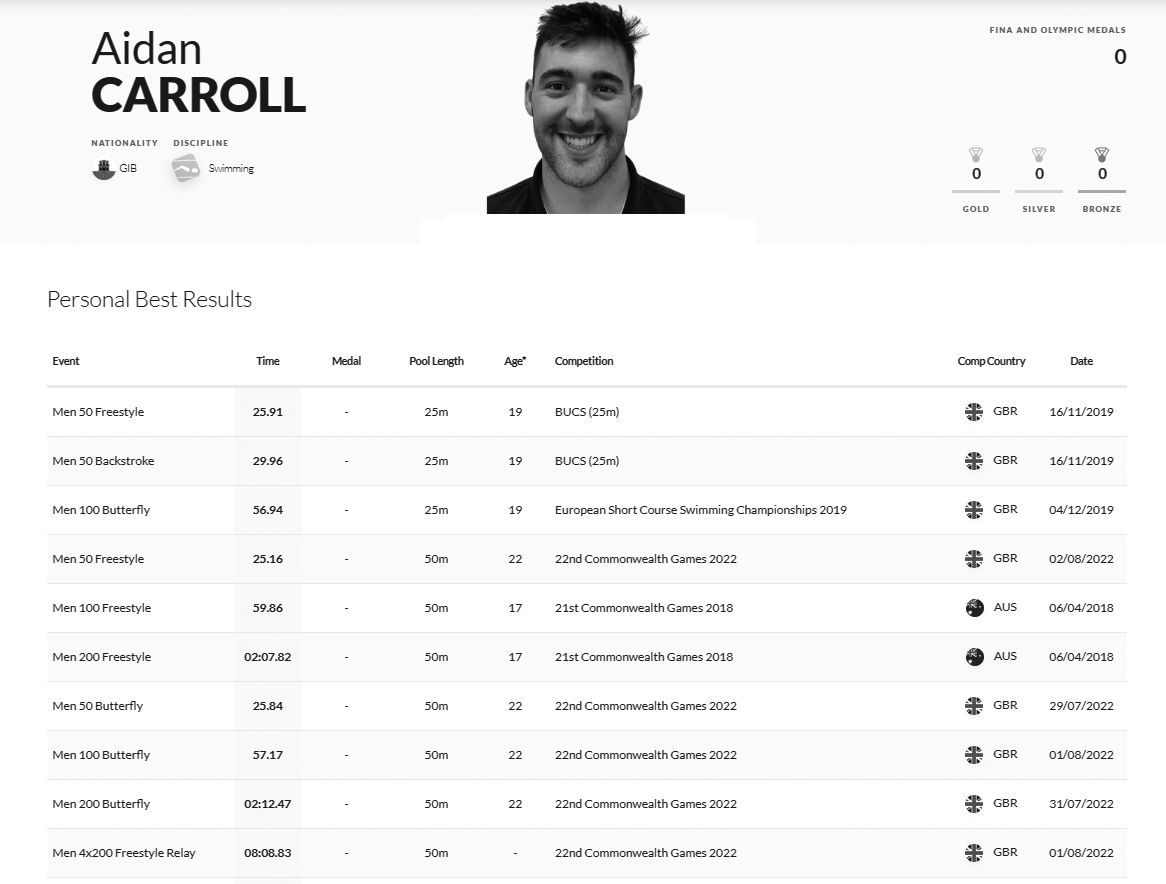 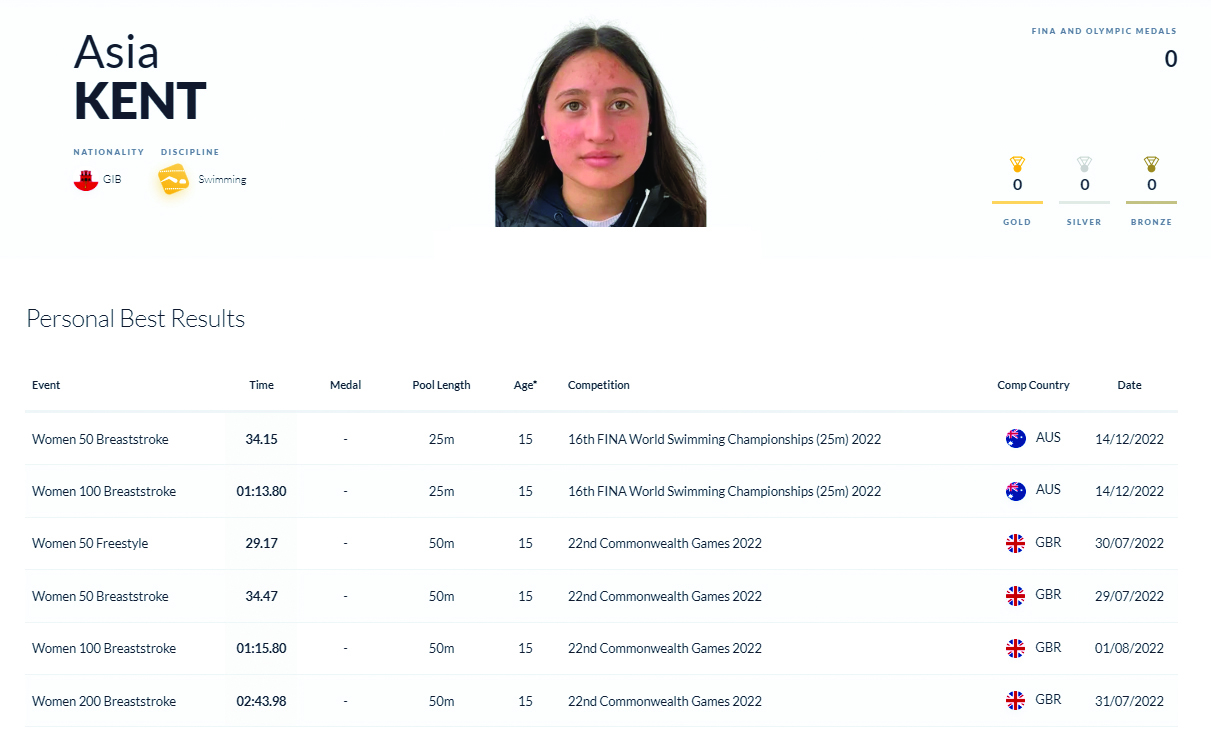 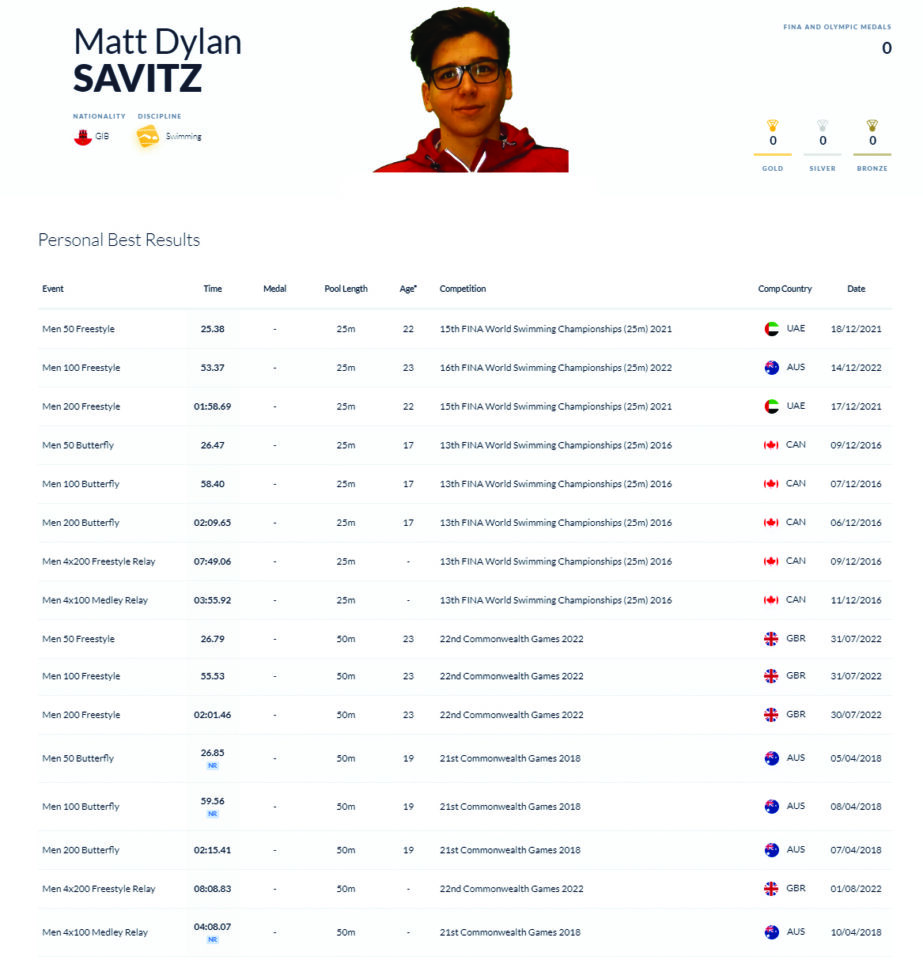 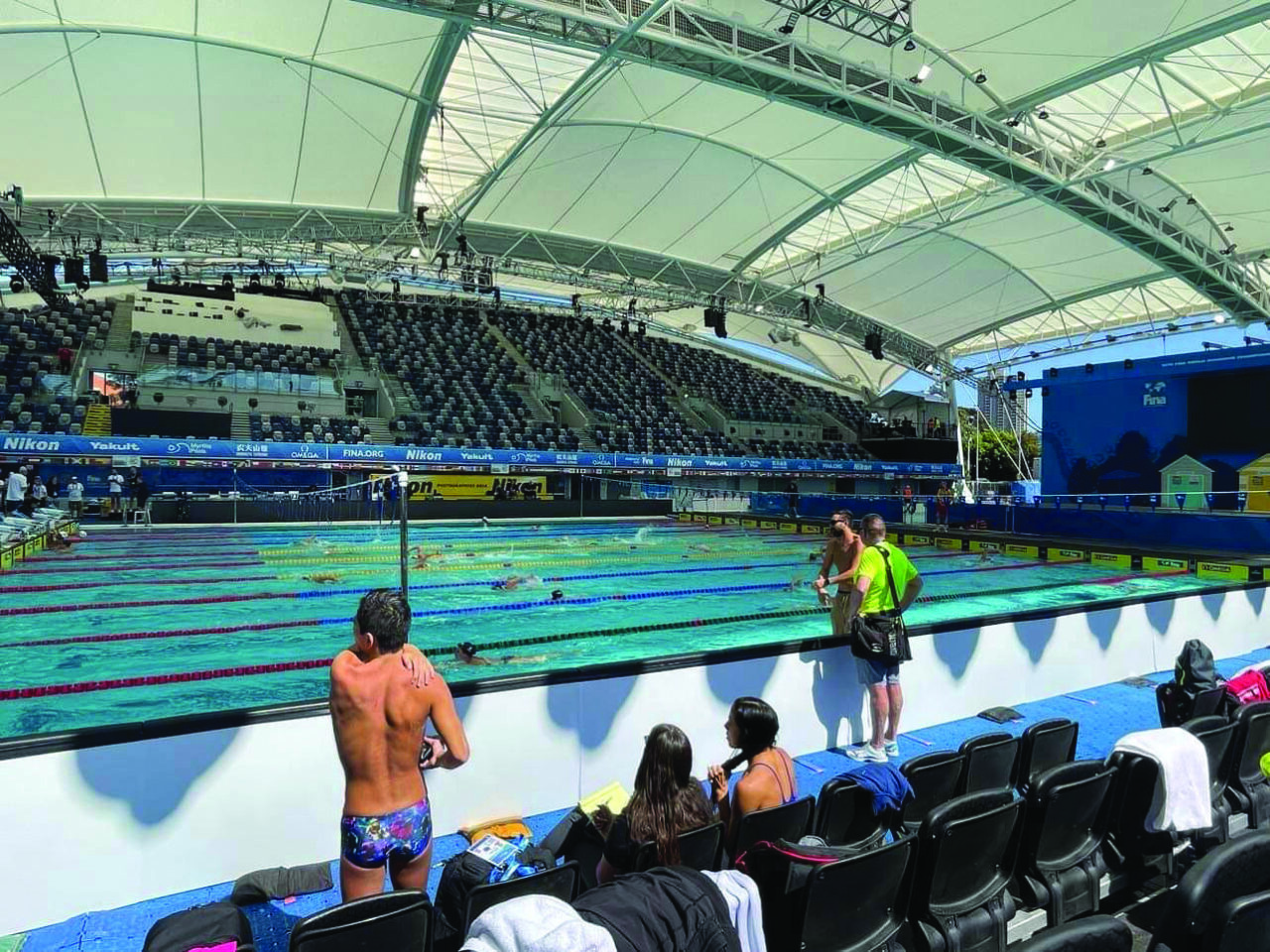 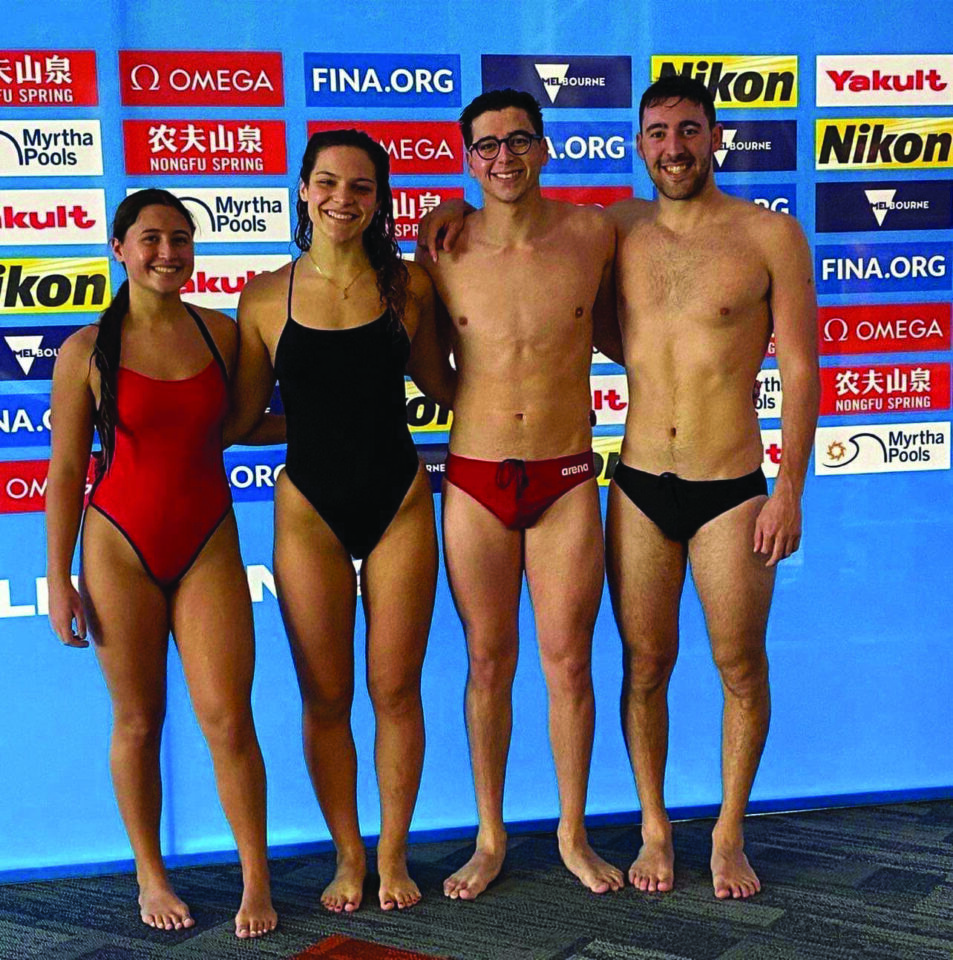 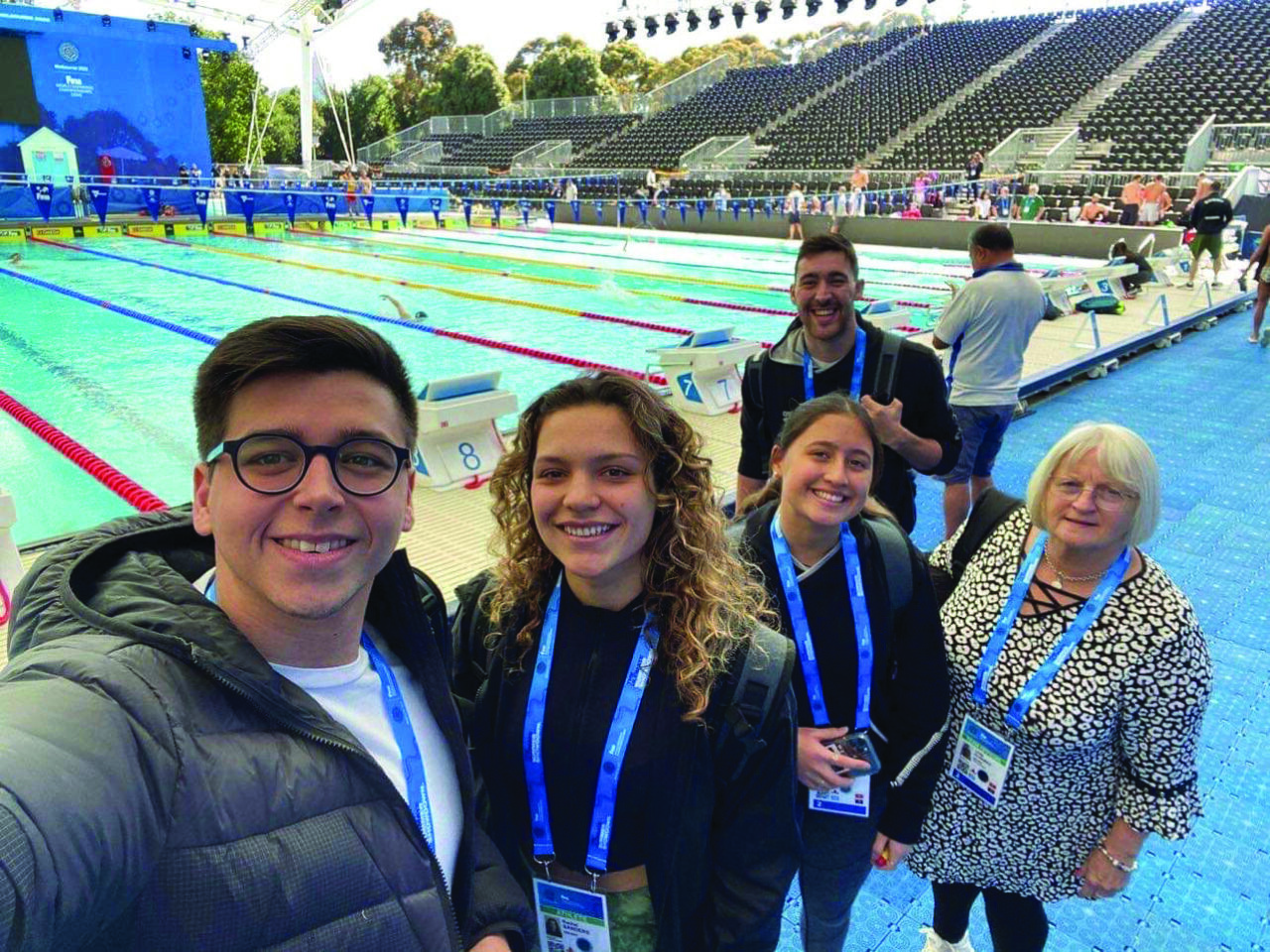 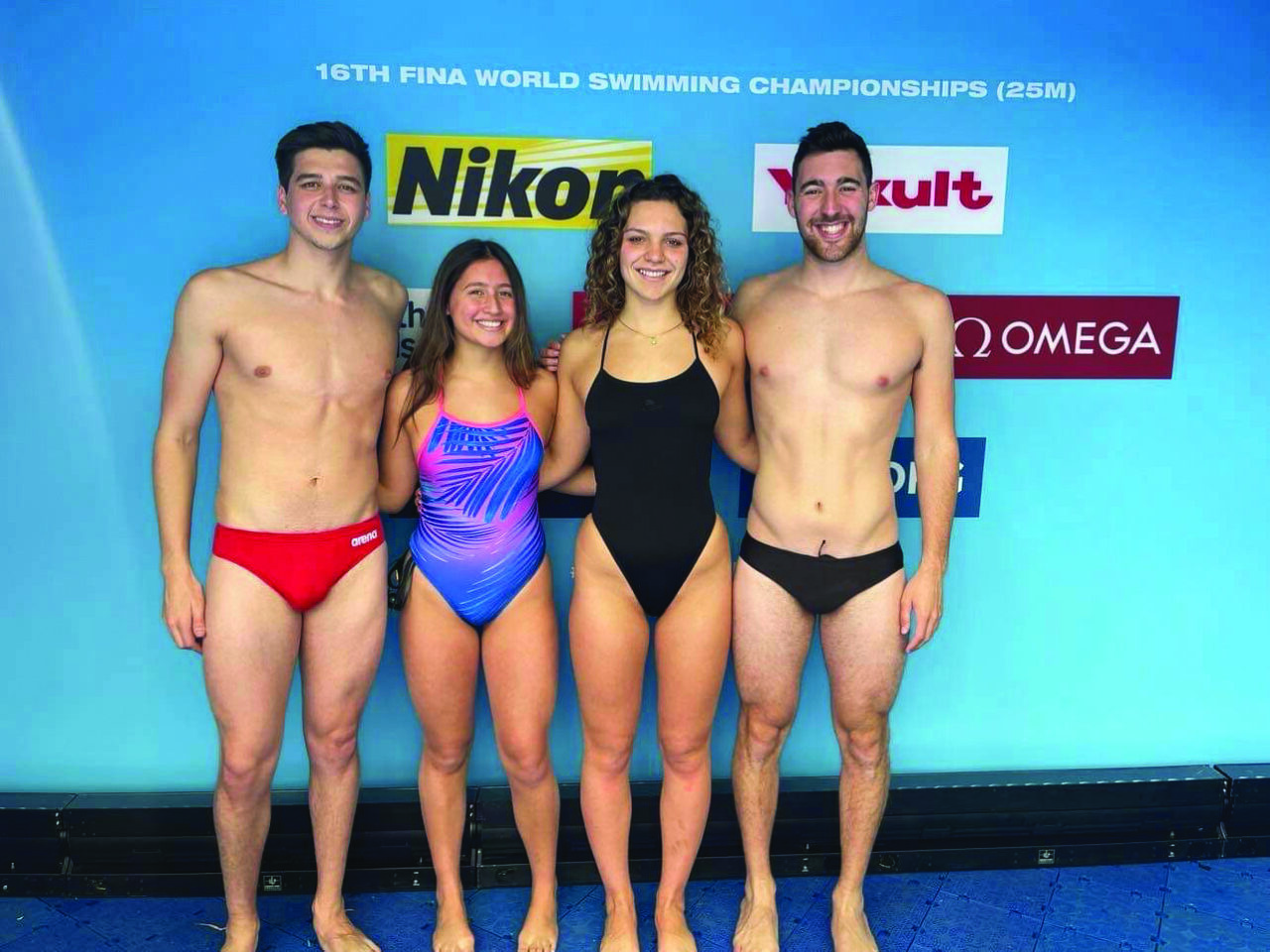 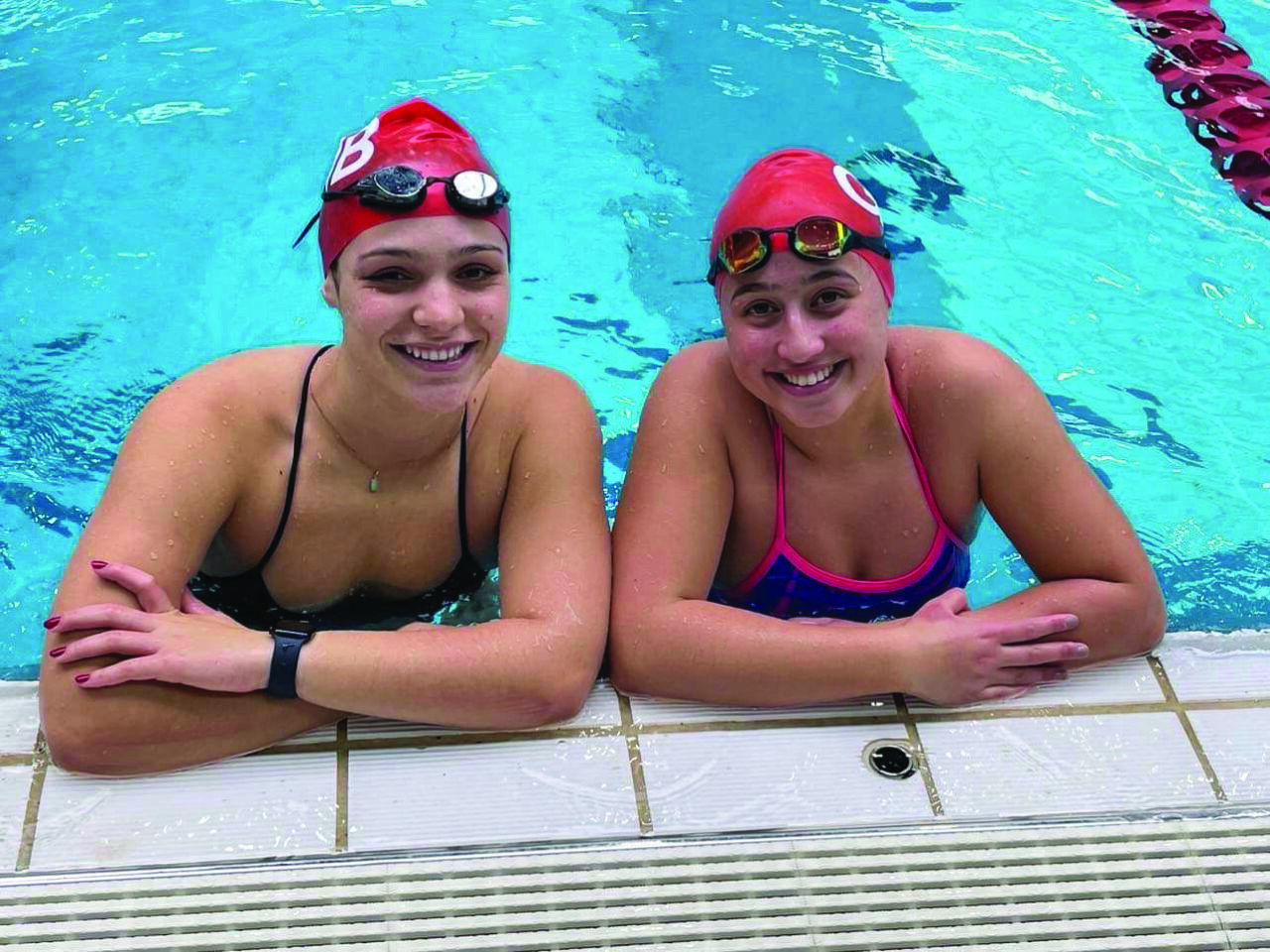 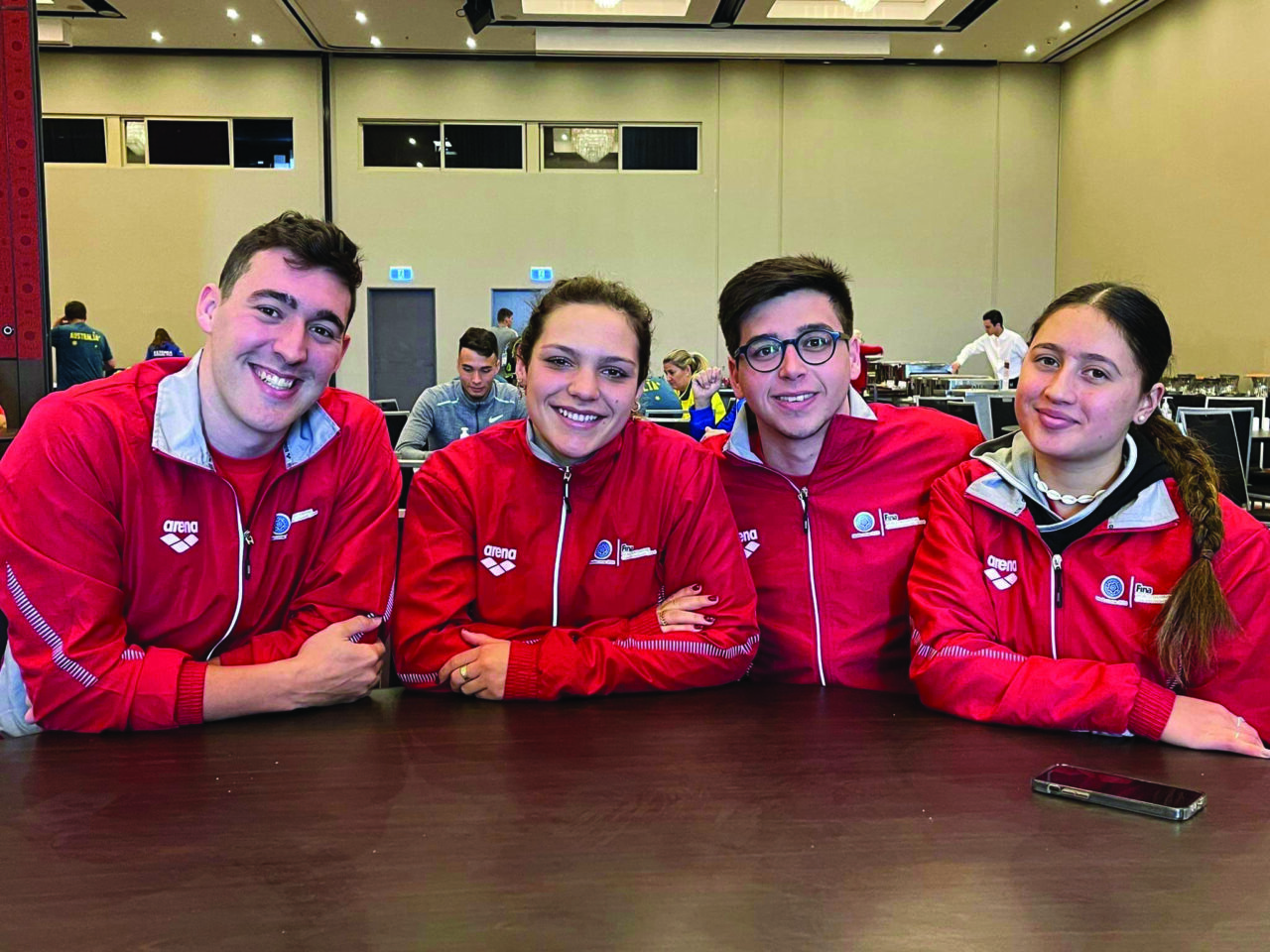 Update - The latest reports from Melbourne - Asia Kents has this Friday completed another two nationals records with Rachel Sanders getting a Personal Best as she won her heats. More details at a later edition