The World of Francis

He was unwilling to subscribe to the dominant narrative of the day. Shunning a life of privilege, he committed himself to a new vision- one rooted in love and solidarity with those most on the margins. The downtrodden, the poor, the sick- they became his vocation, his ministry. What was once viewed as absurdity has since inspired over 1,000 years of service and prayer- bringing life-saving support to all corners of the globe. 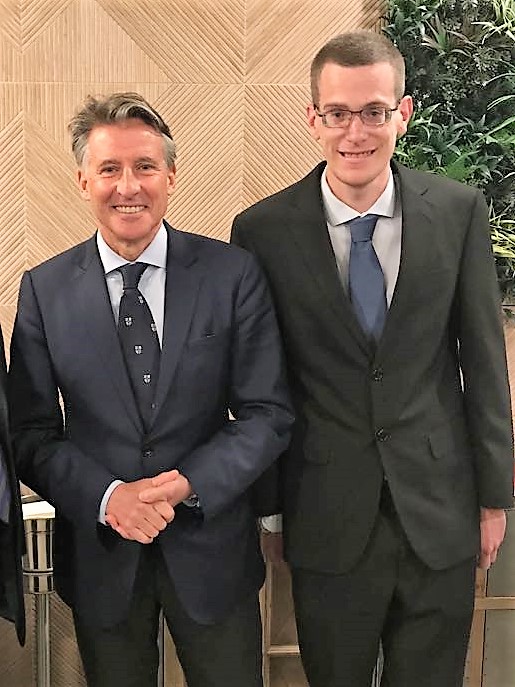 Similarly, a millennium later, his namesake too decided to cast away the dominant narrative of the day. Shunning the protections of an institution steeped in tradition, he ventures from his vehicle into the heart of the favelas. He bends down gently, and kisses a baby girl, in the arms of her mother. He chooses to use his language to cut through the taboo and usher in a new understanding of self, and of divinity. Like his inspiration before him, he faced and continues to face criticism, doubt and opposition. His focus on the simple and profound has, in many regards, provided a redefinition of sorts.

The story of St. Francis of Assisi and Pope Francis offer the world not only sources of great inspiration, but great risk. Both figures, historical and present, have taken strides to challenge the status quo and in doing so elevate those most forgotten. They have stared conventionality in the eyes and dared to take the steps to bring forth a new journey of faith and life. 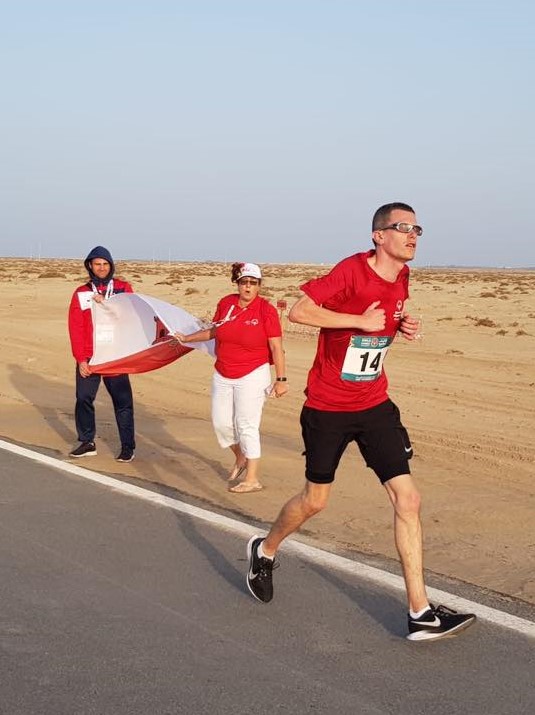 As he walked into the Gibraltar Health Authority in mid-April 2020, at the height of the current COVID pandemic, few could have appreciated the deep meaning of his presence, or the risk of that very presence. Few could appreciate the way that he too- Francis himself- was casting away the dominant narrative of the day.

At a time of sheer confusion, fear and isolation brought about by an unknown and invisible virus, Francis delivered his package to the GHA, thanked the staff, and went on his way. Many in the lobby of the GHA could not appreciate the strength of character, the clarity of thought, that Francis brings to all he does. Rising at 6am for his daily run, a training he values most of all, Francis hit the streets of Gibraltar without fear, without reservation. As abandoned as the streets were, he knew that the only direction to move was forward.

He knew that negativity, isolation, and despair would only deepen a plight that has defined so many like him in nations throughout the world. 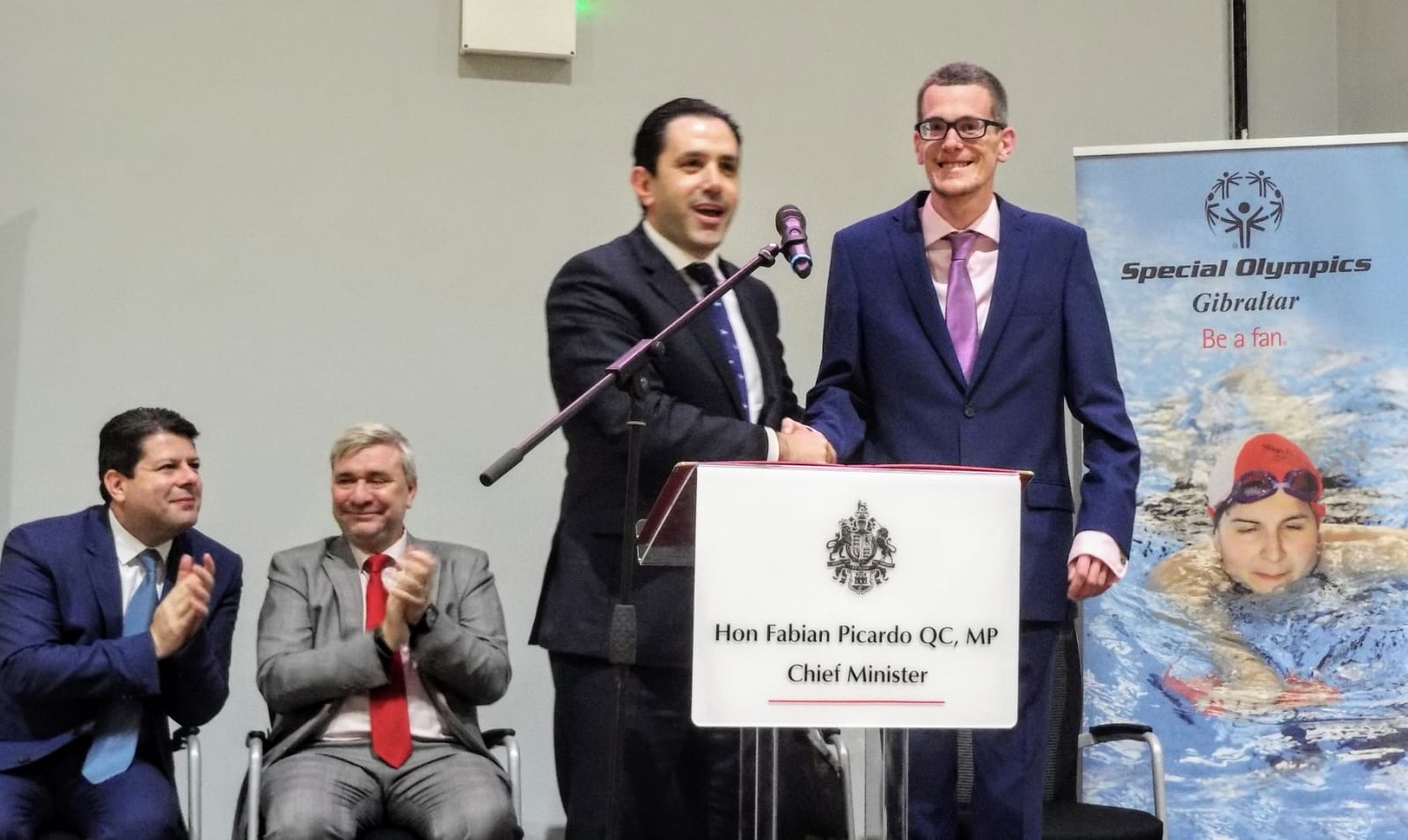 Francis Mauro is a living example of the strength that is needed during the toughest of times. His mental muscle rivals that of his athletic build. He cast away the feeling of those that continued to stare- an unconscious judging of differences. He ignores the pervading sense of doom that is seeping into all facets of daily life.

He offers his nation, and the world, a new understanding of faith and love, but more importantly, of leadership. Like St. Francis of Assisi and Pope Francis, Francis Mauro believes we are all the same- made in the same image and likeness- but there is something so unique about this Francis. In addition to this professional status as messenger for the Gibraltar Health Authority, and in addition to his role as son, brother, and friend- Francis Mauro is one of millions of athletes with the movement of Special Olympics.

Francis has an intellectual disability, and he is challenging that language every rising morning.

“You must carry on your way,” said Francis during a recent interview with Special Olympics Europe Eurasia. “You must look forward all the time.” Francis was responding to the way in which he is able to
motivate himself at a time when most are gripped with fear and trepidation at the state of the world. “Special Olympics is a different world. It gives me confidence, and makes me strong. I reach goals. Isn’t that what life is all about?”

Francis represents hundreds of millions of individuals with intellectual and developmental disabilities, a demographic subset that has witnessed a global, disproportionately negative impact of COVID given the many underlying health conditions they face.

This risk, statistically underscored daily by health authorities and scientists alike, has not deterred Francis from doing what is right. “We are all the same, so we must treat each other the same,” said Francis when responding to whether he was scared to work in hospital settings during the first wave of COVID. “People stare at me. They make believe that I’m somehow different than they are. They should come to my world. We celebrate together in my world.”

This fearless posture is one that is often seen from prolific sports stars, powerful political figures, and industrial tycoons. Francis Mauro, like his namesakes before him, has chosen to challenge the dominant narrative of the day. He has chosen to disregard stereotypes, miscalculated expectations, and instead place his trust and affection in the love of his family, and in the strength of his character.

The world of Francis is a world from which we all stand to gain great power. Through his example, we see a new order emerging. We can witness leadership in a way that is quite tangible, understandable. For we all face the decision of whether to cave into despair, or lift our heads in hope.

The world of Francis is a good place to start.