"Together we shall fight through this and see better days," says Gibraltar's former goalkeeping hero and firefighter Jordan Perez

Sunday morning and Gibraltar wakes up to yet another day in which people are being asked to stay at home. The impact of the spread of the Covid-19 virus across Europe has within just a week changed the face of Gibraltar.
From the bustling streets and bars, the thousands going around on their weekend activities, just over a week ago to the silent streets, closed bars and restaurants and the internet becoming the social gathering for many. Gibraltar had transformed itself as it adapted to endure yet another seige, this time though from a virus threathening the lives of the most vulnerable. 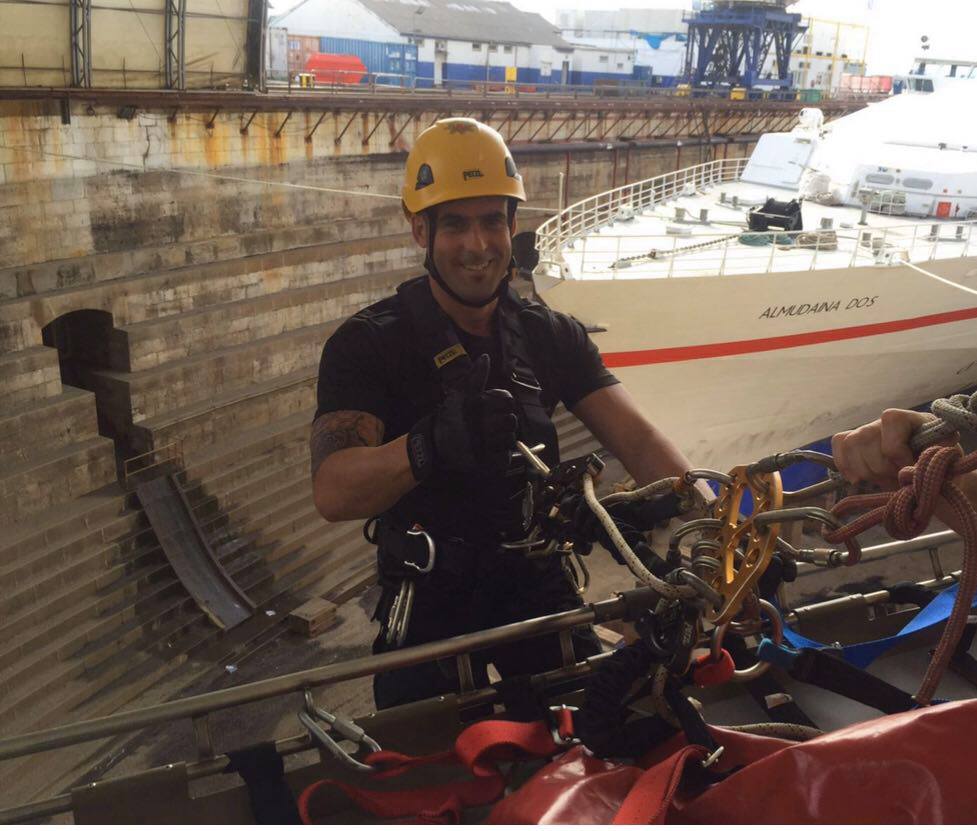 At this time of the morning many would have been heading to the Victoria Stadium where young kids would be playing football, or to watch the hockey or athletics. Amongst one of them would be firefighter Jordan Perez. Better known in Gibraltar as the goalkeeping hero who saved a penalty against Germany in the first days when Gibraltar played their first official international matches under UEFA membership.
A youth coach, as well as the goalkeeper coach to the Under 21s national team Jordan Perez's safe hands have been among the fairytales of Gibraltar's football, catapulted from amateur football into the headlines of tabloid newspapers for his heroics.
However, on this Sunday, sitting at home with his young child, he takes time off to be with his family knowing that in the coming days he might not see much of them. As part of the Gibraltar City Fire and Rescue Services his safe hands will be deployed for a more pressing and important role. To safe the lives of others. Mr Perez and his colleagues will be among those assisting the health authorities in the movement of patients as part of their role.
Speaking to Stephen Ignacio Mr Perez explained, "our role as firefighters continue to be the same to protect and preserves life, however, our duties will eventually evolve into any sort of assistance with the crisis. We already assist GHA ambulance in our normal day to day but I see this particularly increasing as the crisis escalates."
All the essential services, including his own will now become part of the frontline of what is expected to be one of the biggest public health emergencies Gibraltar since the early part of the 1900’s. Asked on how prepared he was as a person to confront the forthcoming days, weeks and possibility months Mr Perez said, "well you can never be prepared enough for something you haven’t tackled before, however, I feel very optimistic that we shall pull through this one as a community and personally I feel confident in myself and my colleagues to carry out to the best of our abilities our jobs through this crisis."
Commenting on the solidarity shown by the community who have during the past week shown their appreciation by joining in clapping out their windows the former international goalkeeper and firefighter commented, " I believe the community are doing a great job in praising our essential services especially our doctors and nurses who are the ones we shall really depend on when things escalate. As a firefighter our recognition has always been there by the community and that sense of gratitude is what makes the job much easier for us, so thank you to all for uniting behind us."
Mr Perez admitted that he did look back at those days when he was Gibraltar's goalkeeping hero with some affection but he didn't consider it had been "heroic". "Well I think back to that day almost everyday because it was the proudest sporting moment of my life, however, and I appreciate I was called a heroe but heroes ultimately have to risk their lives to save others and that night I just saved a ball from going into net."

Mr Perez had a real message he wished to convey to those in the community, a message which coming from one of the key essential services personnell was quite poignant in its meaning.
"All I would like to say is that even if your not in agreement with the strict control measures being put in place,if we don’t do this collectively and under the instructions of Government then we run the risk of losing too much collectively and as a small knit community it is something we need to dearly avoid. So stay safe, maintain your distance and together we shall fight through this and see better days."

Junior and Youth league get underway as scheduled