Toys of Christmas past: the festive favourites you definitely either gave or received

By Luke Rix-Standing
Prepare for a seasonal saunter down memory lane. New research by musicMagpie has listed the holiday season's most popular toys for the last 50 years - and it's filled with absolute Christmas crackers.

The clearest trend is the rise of techie prezzies, and with it, skyrocketing prices. As recently as the 1990s, on average, the top five most popular gifts each year totalled a combined cost of £336 in today's money - a far cry from the £1,466 total for 2019.

From the 1970s to the turn of the millennium, these are our favourite Christmas toys that you (or your parents) definitely played with as a kid...

Space Hopper, 1971
Also known as a moon hopper, hoppity horse, skippyball and a great many other things, the humble space hopper sprang into the nation's living rooms with a satisfying 'boing' and more than a little collateral damage.

Ahead of the Mastermind memory game and the 99p Etch-A-Sketch in the festive stakes, the hopper found success in a less technical era, when personal stereos and electronic entertainment systems were still some years off.

It was a simpler time. A bouncier time.

Pet Rock, 1975
If you were to tell today's youth that when you were a nipper, the Christmas craze was a cardboard box containing a pebble, they'd probably accuse you of being born in the Stone Age.

Nevertheless, the very literal 'pet rock' beat out a portable tape player, first-ever-successful-video-game Pong, and perennial stocking-stuffer Monopoly to take top spot in 1975. Each specimen was packaged with air holes, and came with a tongue-in-cheek instruction manual on rock welfare.

Creator Gary Dahl bought the rocks for a cent a piece from a Mexican beach, marketed them for £1.75 (nearly £15 adjusting for inflation), and promptly became a millionaire.

Published by tabletop giants Hasbro, the game debuted with a successful TV ad campaign featuring a line of cartoon hippos and a memorable jingle: "It's a race, it's a chase, hurry up and feed their face!"

Rubik's Cube, 1980
Part of the furniture in the modern toy shop, it seems almost strange that there was a time before the Rubik's Cube, but these portable puzzles were invented by the Hungarian sculptor Erno Rubik in 1974. 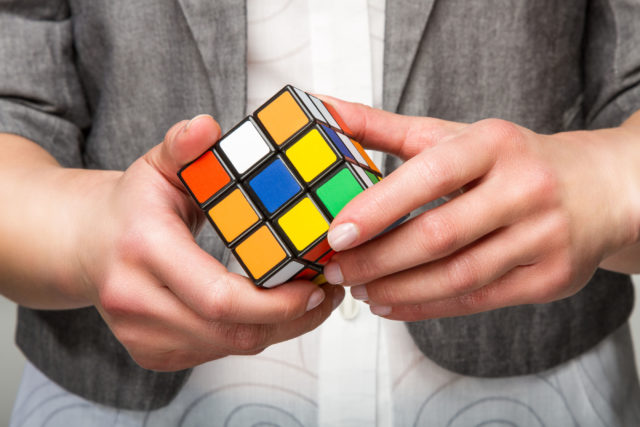 Now thought to be the world's bestselling toy, the cube was initially a mechanical experiment, designed to retain structural integrity despite consisting entirely of moving parts. After a quick re-branding, the puzzle went the toy equivalent of viral, delighting and infuriating children and adults, communists and capitalists alike.

Today, the coloured cubes have embraced the modern era with the rise of 'speedcubing', in which players compete against opponents and against the clock. The current world record for a single 3x3x3 stands at 3.47 seconds, set by Chinese cuber Yusheng Du.

Optimus Prime, 1984
Two decades before Michael Bay's smash n' bash Transformers movies pushed Autobots and Decepticons back into the public consciousness, Optimus Prime was topping the Christmas charts with a successful Hasbro toy line and a brand new animated TV series.
The flagship Optimus figurine cost £16.87 (around £50 today) and could mechanically transform from truck to robot and back again. Now something of a collector's item, factory sealed 1984 models are selling on eBay for upward of $4,000.

The Batmobile, 1989
From the small screen to the silver screen, 1989 showcased an all too familiar trend for modern gift-givers - the inestimable influence of the summer blockbuster. Tim Burton's hugely-anticipated Batman movie hit cinemas in June, and the studio approved Batmobile model promptly dominated winter wish lists.

PlayStation, 1995
The early-Nineties saw a mini-Renaissance for conventional toys - Barbie, Action Man, Play-Doh, Silly Putty and the Cabbage Patch Kids all managed to cut through the tide of tech - but in 1995 the Sony PlayStation ushered in a new era of video game dominance. 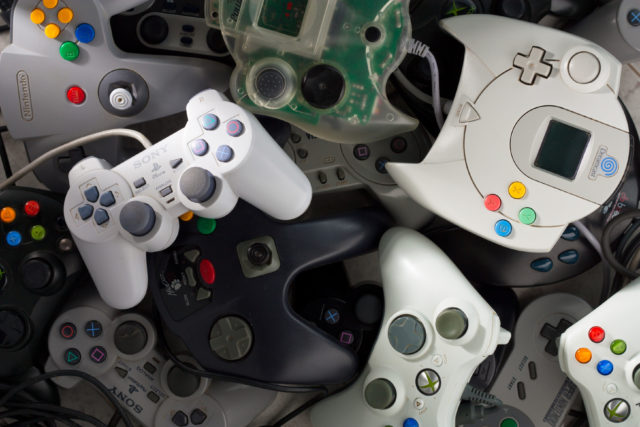 The system wrecked the festive market. A September release in North America yielded 800,000 sales by the year's end, while critics fell over themselves to praise the new emphasis on 3D. Nine years later, it became the first console ever to shift more than 100 million units.

By then the race between Sony, Nintendo, and Microsoft was dominating Christmas lists across the land: 2005, 2006 and 2007 were topped by the Xbox 360, the Nintendo Wii, and the PlayStation 3 respectively, until they were displaced in 2008 by, of all things, a High School Musical-themed dance mat.

Furbies, 1998
Hot on the heels of Tamagotchi, these lovable electric pets provided a brief but noteworthy respite from the video game onslaught when they hit shelves in 1998. A classic playground phenomenon - 'all the other kids have one!' - Furbymania gripped the nation during holiday season, leading to a vastly inflated resale market and a cabal of online Furby fraudsters swindling desperate parents. 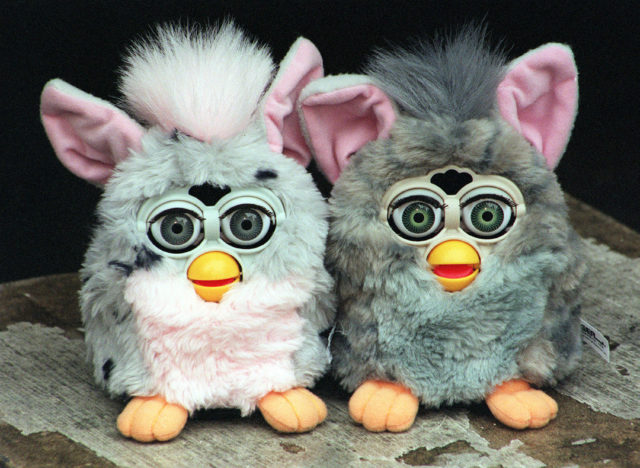 As far as we're aware, no Furbies have yet passed the Turing test, but with another 20 years of 'learning' under their belts, who knows...
(PA)