PC Tracey Constant-Brittenden is the first – indeed, the only – female RGP officer ever to have qualified as a Coxswain in the RGP’s Marine Section.
‘It was something I had always wanted to do but I was told, “It’s a very male environment. It’s not a job for females – it can be very dangerous.”’

But this advice didn’t deter Tracey one bit.

‘It was whilst I was working in the Neighbourhood Policing Team that I applied for a transfer into the Marine Section. I was interviewed and they decided to give me the opportunity. I started to do my courses – Powerboat Level 2, Day Skipper, STCW 95 (Standards of Training Certification and Watch-keeping for Seafarers) - and I passed them all with flying colours. Since then, after many hours of experience at sea, I passed my Boat Masters Licence and, in May 2020, I passed my RHIB course.’
‘In many ways, the original advice I’d been given was correct – it certainly can be very dangerous - but I proved that I could carry out this role and so, hopefully, I have paved the way for other female officers who might be interested in this department. But it really is treacherous when you are in an open interceptor boat at sea on a dark night - the elements are dangerous enough in themselves. In high seas the waves crash over the boat and, when you are travelling at 50 knots, you quickly become very cold, even if you are wearing layers of waterproofs. Added to that, we might be chasing some bad guys who have no lights on their boats and they’ll do absolutely anything to evade capture. It’s not like being on patrol on Main Street where you can quickly call for backup if you need the help of other officers. When you are out at sea, you are pretty much on your own and it is not so easy to deploy other marine assets to come to your assistance.’
‘Probably one of the highlights of my career was the night when, after a pitch-black chase at sea, we stopped a suspect RHIB with 2 or 3 bad guys on board carrying around £6million- worth of drugs.’ 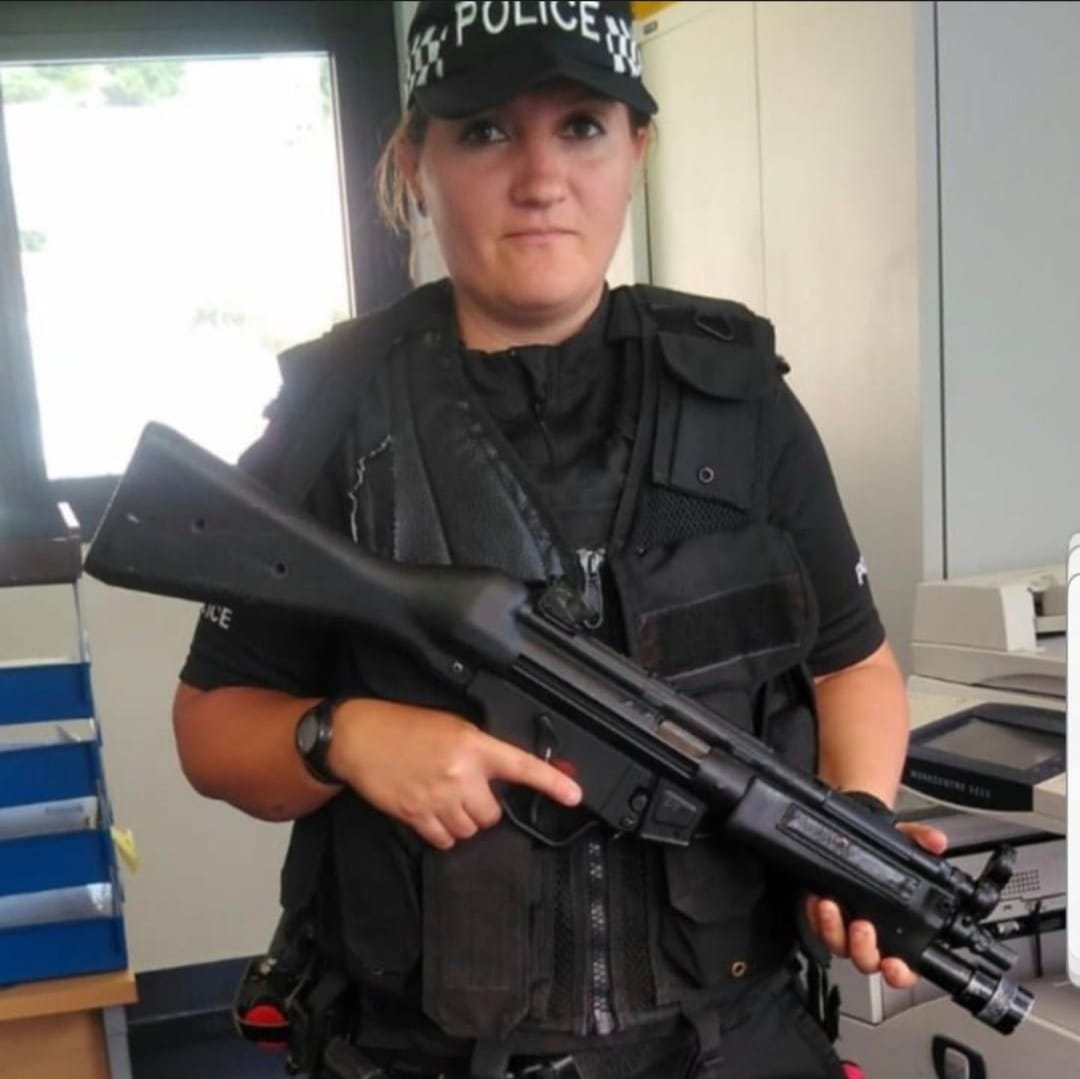 What about the worst moment of her career?

‘Probably the worst moment of my career was having to deal with a fatal Road Traffic Accident on the Eastern side of the Rock. That had quite a big effect on me.’
‘I was very happy in Marine Section but, after 4 years there, I asked for a move because my partner and I now have a 14-month-old baby boy and I wanted to spend more time with them.
‘I’m in a same sex relationship but this has not meant that I’ve been treated any differently to other RGP officers and I feel that I have always fitted in.’
Tracey originally joined the RGP in 2011. ‘My Mum has always worried about me and at first she was very apprehensive about me joining the police. She didn’t see it as me helping the community, she just saw the dangers. But, once I was in training, she was very excited for me. My grandad was ex-military and I wanted to make him proud so it meant a lot to me that he got to see my Passing Out Parade before losing his eyesight to Glaucoma. I was so pleased to have successfully completed the course that I had the date of my Passing Out Parade tattooed on my foot!’
‘Like most officers, I started my RGP career in a Response Team on shift. I thought, “This is great! This is really me!” I felt very much to be part of a team – everything was a team effort.’

But Tracey isn’t the biggest of police officers. Wasn’t she ever scared?

‘I might not be one of the bigger officers, but I know that I can handle myself. I am confident of my skills so I can usually use humour or tact to diffuse a situation but, at times, it has been necessary for me to use the UDT (Unarmed Defence Training) skills that I was taught in the Training School. Despite having grades in several martial arts such as Kick Boxing, Jujitsu and Mixed Martial Arts, I have never used those techniques in my job.’
After two years in the Response Team, Tracey moved to Neighbourhood Policing where she held frequent meetings with youth clubs, community groups and tenants’ associations. ‘I also helped vulnerable adults and I learned a lot of new skills during my time in Neighbourhood Policing.’ During this time she also qualified as an Authorised Firearms Officer and so she was regularly used as cover for regular Firearms Officers who were on leave or off sick. 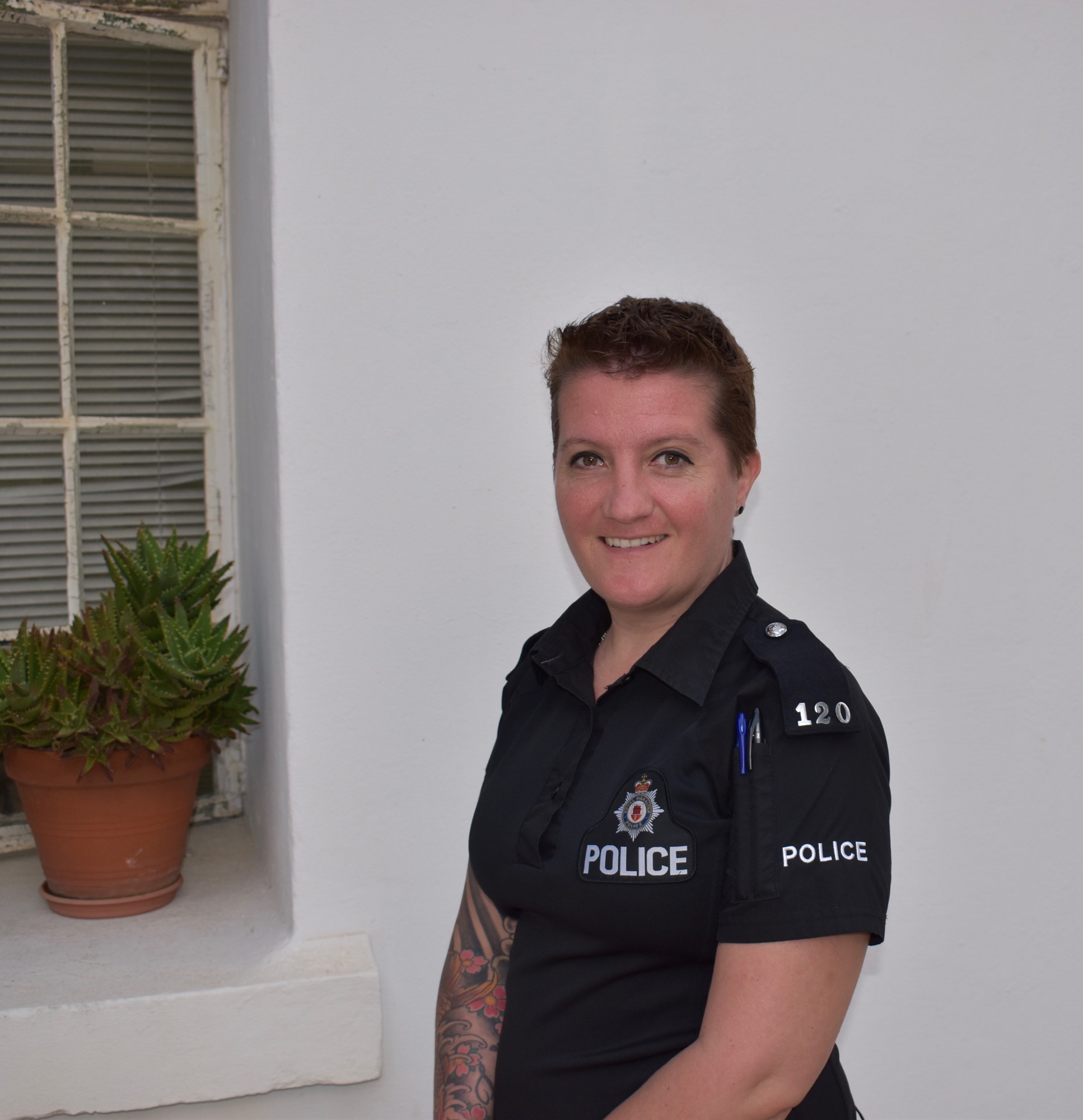 Following her favourite job, that of being in the Marine Section, Tracey has now moved into the File Preparation Unit at New Mole House. There she investigates crimes passed on from the Response Teams which do not meet the criteria to be handed over to CID. Her regular tasks involve checking the footage from Body Worn Cameras and from CCTV as well as progressing and completing case dockets to go to court.
‘After Marine Section, this work doesn’t give me the same adrenalin rush but I’m happy doing it. I like to keep busy and I am now a committee member on the new Women in Policing Forum and also I’m working towards passing my Sergeant’s exam and hopefully someday getting my promotion to Sergeant.’
When not at work, Tracey enjoys spending time with her family and has recently taken up gem art painting to add to her hobbies, which include watching movies and sporting events such as the Ultimate Fighting Championship – which she is a big fan of – as well as being an avid video gamer.
In Tracey’s view: ‘A good thing about being in the RGP is that they provide a lot of scope and opportunity for you to develop and to gain new skill sets – and, in my case, I’m very grateful to them for doing so.’