Trekking mountain gorillas in Rwanda – is this the ultimate wildlife adventure?

Observing great apes tops many aspirational bucket lists, but how have our closest relatives been coping with Covid? Sarah Marshall finds out.

Almost all behaviour is fascinating in the wildlife world, but there are still some things that should remain private. Crouched on bamboo slopes at the foot of East Africa’s Sabyinyo volcano, I stumbled into an intimate scene that made me blush.

Whimpering and wailing like mischievous sirens, two female gorillas had been pleasuring themselves to gain a disinterested silverback’s attention. To be fair, the amount of effort was understandable; his name, I later discovered, was Uburanga, meaning handsome boy.

After what felt like an age, the mighty male ape deemed it was time to abandon dinner and attend to his duties. But when he mounted one of the lucky ladies several metres below my feet, I became an unwilling ‘tois’ in an uncomfortable ‘menage’. 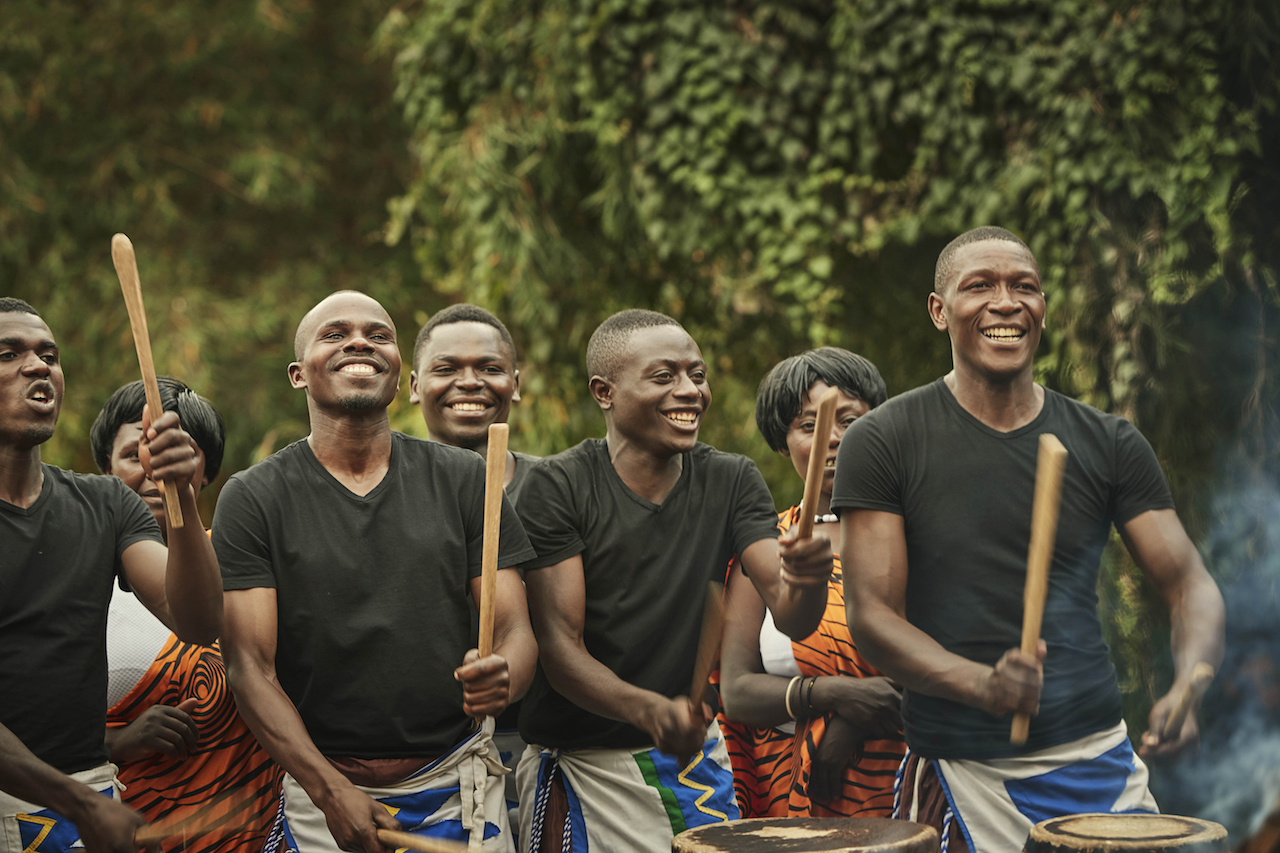 Grunting periodically while she continued her simpering whines, the big boss chewed on a bamboo blade he refused to put down. Quivering on his lower lip, it dangled like a cigarette, as if he was literally aping James Dean in Rebel Without A Cause.

It was all too awkwardly familiar, to the point I felt like a voyeur.

But the similarities shouldn’t be surprising; mountain gorillas are one of our closest relatives, and spending time with them can be like reading a lost chapter in our history of evolution.

An hour in their company is one of the world’s greatest wildlife experiences, and it’s likely to be top of many bucket lists once travel to Rwanda fully resumes – even if permits are pricey (USD$1,500) and hotels sit at the high end.

Although high season allocations are already selling out, currently, only a handful of people are travelling; on my Rwandan trek at the end of last year (before the country was added to our red list), I practically had the Hirwa troop to myself.

It puts a strain on a system that’s been responsible for a conservation success story. Found only in two regions – Uganda’s Bwindi Impenetrable Forest and the Virunga Massif (a chain of volcanoes stretching across Rwanda, the Congo and Uganda) – numbers of the endangered mountain gorilla species have risen to over 1,000 in recent years.

A drop in tourism revenue is worrying, but an equally concerning threat is Covid. Research has shown respiratory diseases can cross from humans to apes, and the coronavirus is thought to be no different. Last year, several gorillas in San Diego Zoo tested positive for Covid-19, and although they all made a full recovery, the outbreak set alarm bells ringing.

African vets and conservationists are taking no chances. From now on, every visitor must wear a surgical mask to view the gorillas; hands and shoes are carefully sanitised; and a new 10-metre distance rule has been enforced.

Rwanda has gone one step further by insisting upon a negative PCR test taken within 72 hours of a visit. This is in addition to tests required to enter the country and upon arrival at the airport – although time a trip well and results should still be valid for your trek.

None of these necessary hurdles detract from the experience, however.

When I entered through the wooden gates of One&Only Gorilla’s Nest, I stepped into a lost world of vibrant rose gardens, towering eucalyptus trees and an air thick with fragrant petals and birdsong.

We’d driven for two-and-a-half hours from Rwandan capital Kigali, spiralling along roads into the Volcanoes National Park. Cyclists laden with bulging sacks of Irish potatoes pedalled past, and women in colourful kitenge headscarves had scythes slung over their shoulders, fresh from working in the fields. Shawls of mist clung to the volcanic peaks, gradually cast off as the day started to warm up.

Opened at the end of February 2020, just before the pandemic gripped our globe, Gorilla’s Nest aims to set a new benchmark for sustainable luxury tourism in Rwanda. Many of the staff who politely greeted me on strolls along the meandering pathways, had been employed from the surrounding areas of Kinigi and Musanze, and environmental considerations have influenced both practical and aesthetic elements of the design.

Wooden cabins on stilts are tucked into the forest, their windows framed by bamboo shoots and blue sky, while sumptuous suites have their own heated plunge pools, firepits and drinks cabinet stocked to personal preference, each occupying their own private patch of Eden.

Elaborate dining areas (with a different location chosen daily), a spa with heated pool and a yoga meditation deck have wow factor, but it’s the finer details that really make Gorilla’s Nest special: the slippers provided after every muddy trek; the laundry neatly wrapped with fabric ribbons; the self-addressed postcards inviting you to scribble down too often forgotten memories and thoughts.

The food too is refreshingly varied and healthy, with produce either grown on site or purchased from neighbouring communities. Unconsciously in tune with a trend for plant-based diets, vegetables take centre stage – and every guest is encouraged to enjoy a three-course vegetarian meal at least once during their stay.

Trekking gorillas is, of course, the highlight for most tourists to this region. But enjoying the wildlife also involves an appreciation of the communities who live alongside these animals.

On a visit to a nearby basket weaving co-operative supported by One&Only, I experienced first-hand how people have been affected by Covid. While sickness has never been a big issue (mask wearing, sanitising and mobile wash basins were introduced at an early stage in the pandemic), the economic impact has been dire.

“In high season, I used to sell three or four baskets per week,” explained one woman, while threading delicate fibres with a sleeping child strapped to her back. “Now no one visits, but we’ll keep making the baskets for when they come back.”

Such resilience is admirably typical. Many other women have returned to work on farms, earning USD$1.50 per day, biding their time until travel bans are lifted, red lists are revoked and tourists flow back to this part of the world. Gorilla trackers also remain upbeat, following troops daily to monitor their health.

As for the gorillas? Given anecdotal reports of a baby boom, it appears they couldn’t be happier.

And although official figures are yet to be tallied, if my observations were anything to go by, they can add another one or two new arrivals to the growing list.
(PA)