Gibraltar U16 Hockey5s have had a successful Friday with two convincing victories against Armenia and the Georgia.
The young side, who lack international experience on the Hockey5s stage, unlike other teams playing the same tournament, faced a tough start yesterday.
Playing in the U16 Boys EuroHockey5s Championships in Bulgaria they faced defeat twice on day one. A 5-3 defeat against hosts Bulgaria was followed by an 11-3 defeat at the hands of Russia.
A spokesperson for Gibraltar hockey indicated that he results ‘are no reflection of how we played. The persistence, determination and constant offensive play from our team was not only entertaining to watch but also a pleasure to see how this young group represented Gibraltar.’
The young players brushed to one side yesterday’s defeat and came back with a 7-2 win against Armenia early this morning.
An official for the team said, ‘Although we lacked focus in the first third, we picked up from the second third and our boys kept adding goals to the score sheet until the end.’
The win set the tone for what was to be a fantastic result next as they beat Georgia 8-0.
‘A very one sided match where our boys dominated from the very first minute. A focused and insatiable team with no intentions of lowering their offensive play.’
Gibraltar play once again tomorrow in a final match which decides their final position in the division. 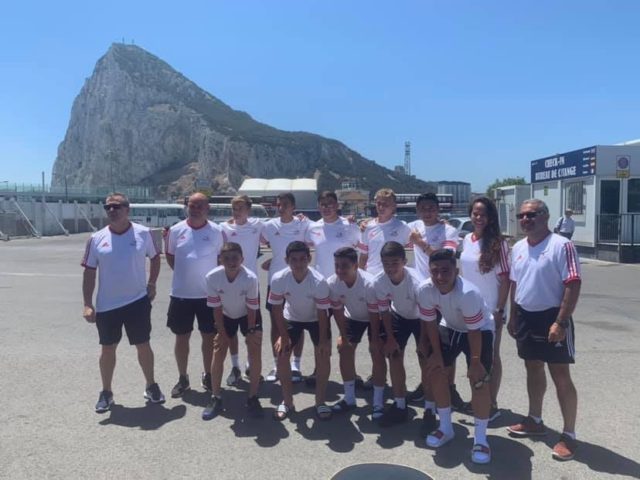 GHA ‘in disarray’, Together Gibraltar says

Coaches and parents up in arms over delays in youth leagues

Important win in 9-a-side hockey for Bavaria against Eagles