Gibraltar's U17s travelled to Cyprus over the weekend ahead of their U17 UEFA European Qualifiers which begin tomorrow.

Gibraltar are drawn in Group 5 alongside France, Slovakia and the Group hosts Cyprus.

Under the coaching team of Jonathan Sodi and Peter Moreno the squad have been preparing hard for the Qualifiers where they will be up against some very tough opponents.

The tournament schedule for Gibraltar's U17's is as follows:

Here is the Gibraltar Squad selected for the tournament: 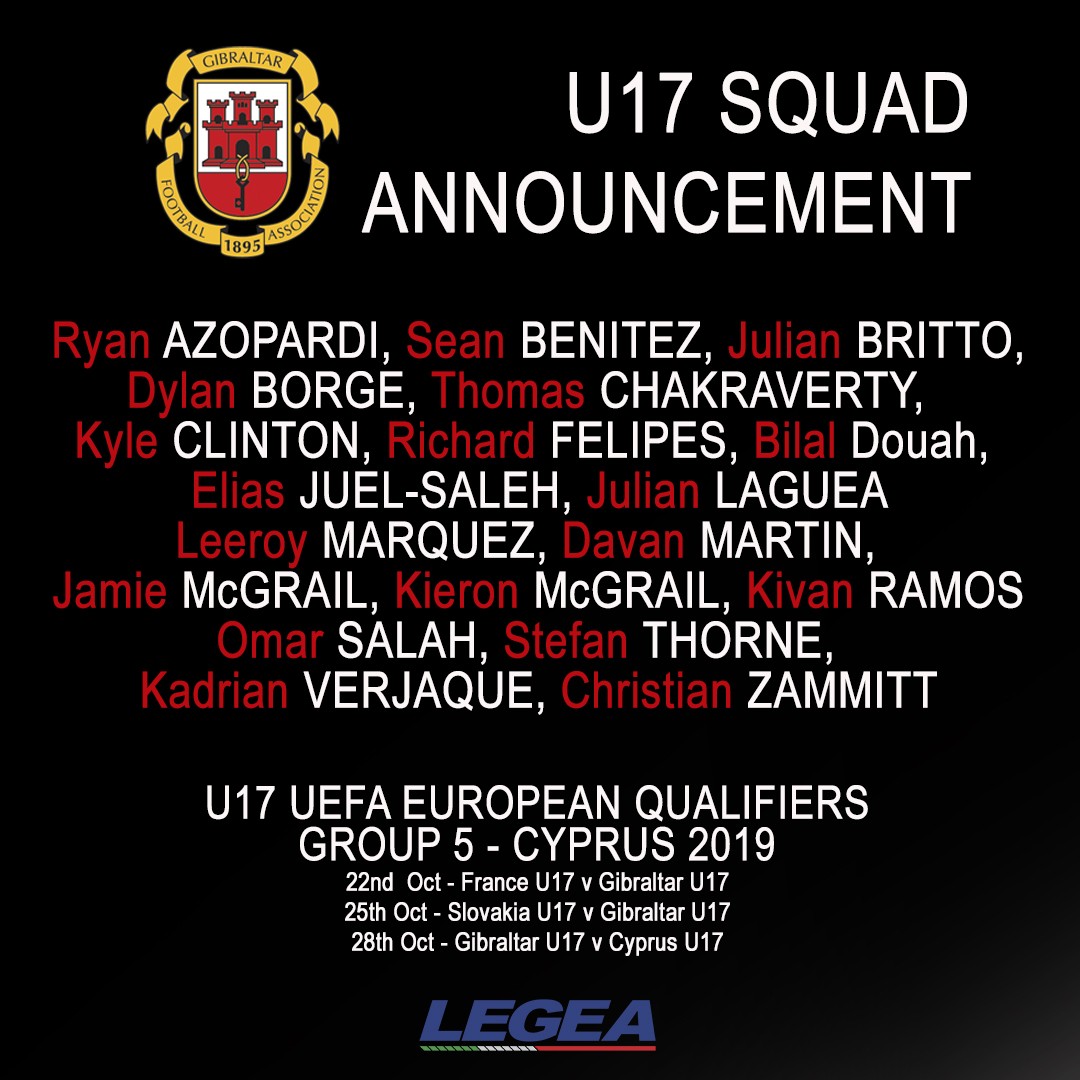