Gibraltar Under 21 goalkeeper Jaylan Hankins has signed an extension of contract with Spanish league side Cordoba. The contract being for Cordoba’s first team.
Taking in the number 24 shirt Hankins will continue with the green and whites for another season after arriving at the club two years ago.
In his first season he was loaned out to Extremadura before returning to Cordoba last season.
The extension will take him into summer 2023.
Hankins has been knocking on the door for selection into the Gibraltar national squad, although he continues outside the senior squad.
Recognised as one of the top goalkeeping talents coming from the Gibraltar football ranks his performances for the Under 21 selection has seen praise heaped on him.
His presence within Cordoba’s first team a further cap on the young player’s achievements since leaving Gibraltar’s shores to seek further career prospects as a professional footballer.
The player also having played in Las Palmas youth and senior teams prior to the global pandemic.
The player rose through the ranks of Lincoln Red Imps before being allowed to depart to further his career beyond Gibraltar football. Having worked his way into senior Spanish league football. 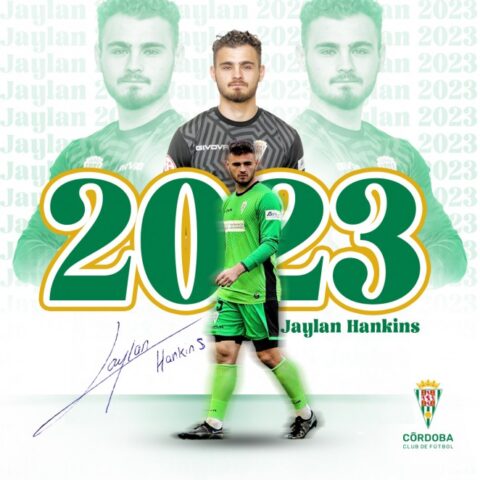