Gibraltar will once again still have three teams in European Club competitions this summer, according to the latest access list provided by UEFA. Even though ranked higher than Northern Ireland who keep their four.
Although Gibraltar’s coefficient ranking for last season, which determines the number of teams going into European club competitions has seen Gibraltar ranked at 51, outside the Champions League preliminary round rank positions, with Northern Ireland going below them, Gibraltar will still see just the one club within the Champions League and two in the Europa League.
Northern Ireland, in contrast, ranked just one position below at 52 will have the two clubs in the Champions League and a further two in the Europa League.
Northern Ireland will be taking over Gibraltar’s place in the Champions League preliminary round, with their other club entering the same competition but going directly into the Champions League first qualifying round.
Gibraltar’s league champions will, however, enter directly into the first qualifying round missing altogether the preliminary round mini tournament and thus guaranteeing entering the Europa League at a later stage, the second qualifying round, adding to their financial benefits.
In contrast to Gibraltar, Faroe Islands who sit just the one spot above Gibraltar at fifty, will have one team in the Champions League, entering also in the first qualifying round. They will, however, have three teams playing in the Europa League preliminary round. This will include their league runners up, cup winners and third placed in the league.
Gibraltar will only have the two clubs in the Europa League, the league runners up and the cup winners.
These clubs will start their European campaign within the Europa League preliminary round where sixteen teams will be competing for places into the first qualifying round.
The third placed in the Welsh League, the highest ranked of the associations entering these round will be joined by the runners up and third placed from Montenegro, the three clubs from Faroe Islands, the two clubs from Gibraltar and the league runners up and cup winners from Northern Ireland, Kosovo, Andorra and San Marino.
Both Wales and Montenegro who sit just above Gibraltar will also have four teams in European competitions two Welsh clubs starting their Europa League campaign in the first qualifying round whilst Montenegro will have one club also starting in the same round.
The official UEFA Access list shows how Gibraltar is the only association who remain with just three teams in European competitions outside the bottom three ranked associations (only Liechtenstein who has one club in the competition having less).
Northern Ireland, ranked below Gibraltar, keeping their four clubs in European football.
The official list also contrast with information that has been published online by other publications where it was suggested that four domestic league third-placed teams from associations 48–51, which would include Gibraltar, would enter the Europa League Preliminary Round. UEFA’s official Access list for the 2020/21 UEFA club competitions indicating the contrary. 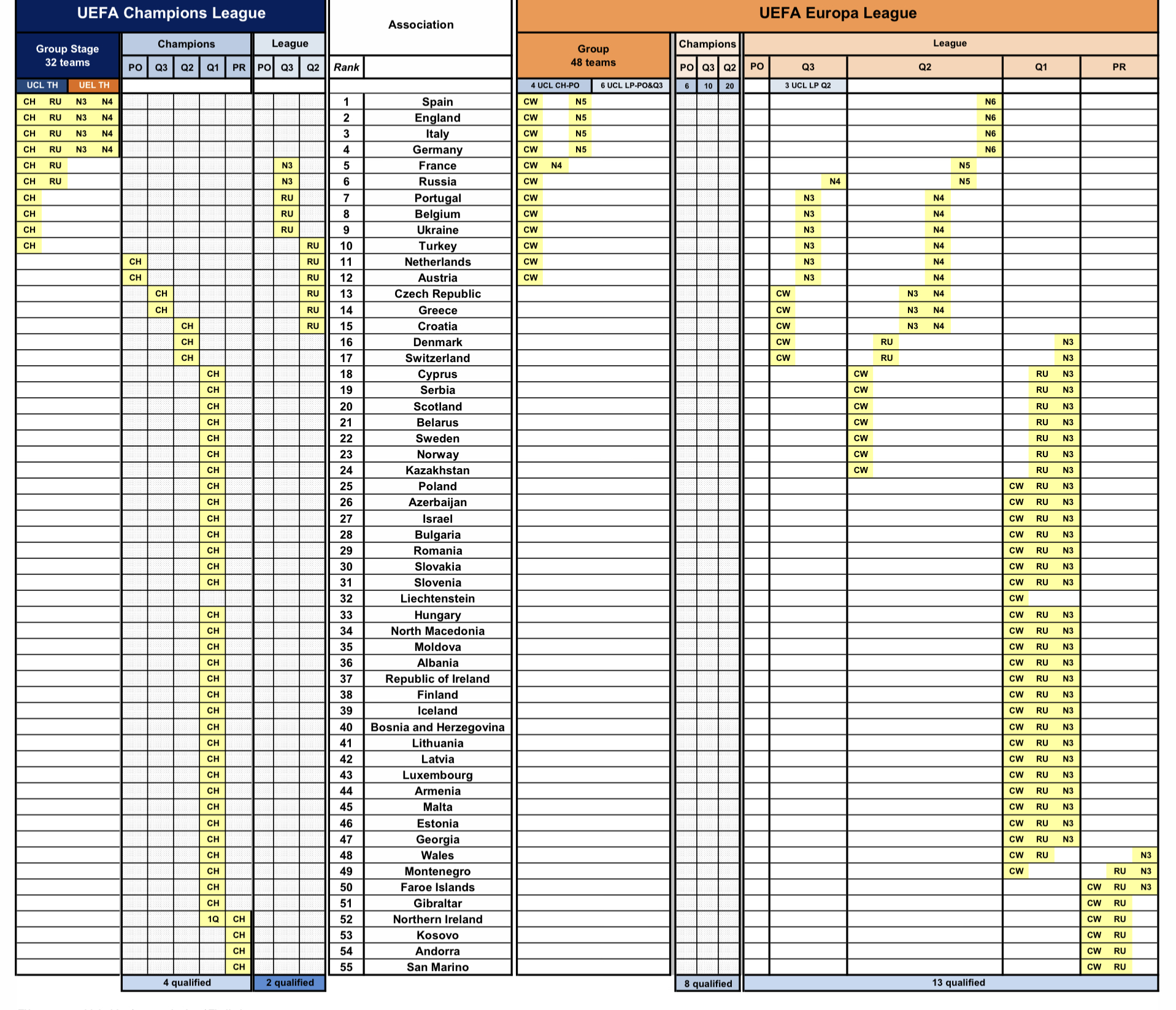