A nine-year-old boy with a dream of joining the Army was given a surprise when a troop-carrier truck arrived at his door.

Noah Clarke-Roberts, from Birkenhead in Merseyside, wrote to his local Army unit to tell them he wanted to join after studying the World Wars in school.

He was eagerly awaiting a reply but got more than he bargained for when it was personally delivered by Regimental Sergeant Major Richard Armour, who arrived in a six-tonne MAN troop-carrier.

Noah, who will spend the day with the 156 Royal Logistics Corp in Liverpool once coronavirus restrictions are lifted, said: “It’s unbelievable, I’m shocked!” 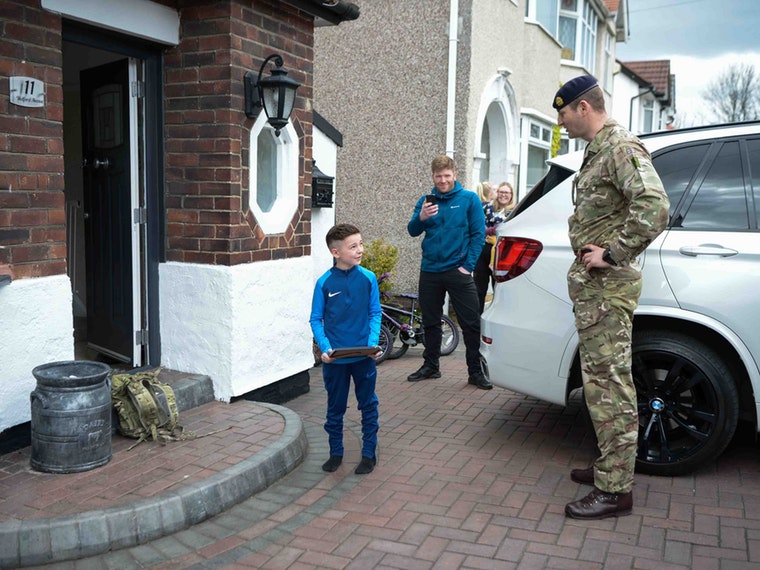 In the letter, the aspiring soldier said he had “good gun aim”, was fast and would do lots of practice.

Sgt Maj Armour, who also gave Noah a daysack of Army goodies, said: “Last Thursday we received a letter from Noah saying he wanted to help and join when he’s older and asking us to write back to him.

“He even took the time to draw some pictures and put a little toy soldier in the envelope.

“It’s humbling to receive such support, especially from someone so young, and it touched quite a few of us around the headquarters and the squadron so we felt it was only right to send something back. 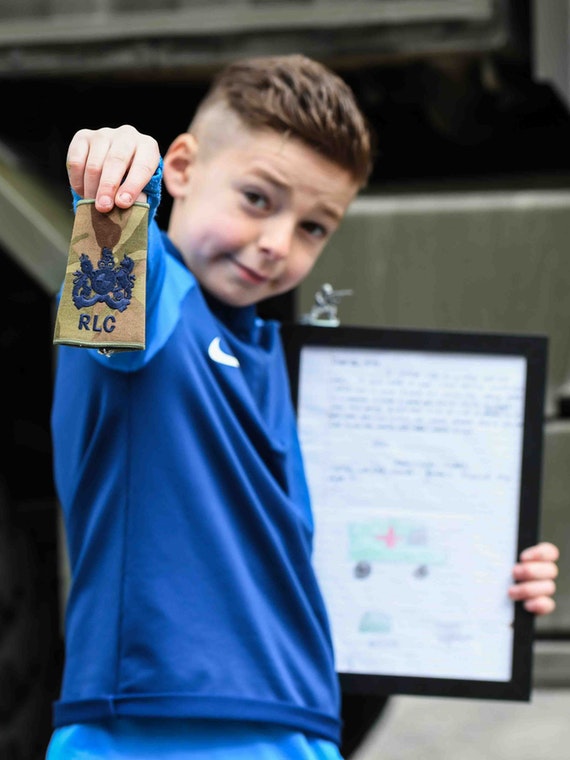 “We decided to put a little goody bag together for him and take it down in person, and once we’re back to normality we’ll look to get him down so he can have a look inside the trucks, see what we do get him doing some marching with the troops.”

Noah’s mother, Danielle, said she thought her son would make a good soldier.