Futsal fans will get a treat this weekend as the Gibraltar U19 Futsal National Team is in action next as they close out 2022 with a double-header against Malta on 17/12/22 and 18/12/22.
The full squad was named this week for the internationals which will see Gibraltar’s U19s prepare for next years official competitive UEFA tournaments.
Gibraltar will be playing a double header against Malta at the Tercentenary Sports Hall with free entry for spectators giving fans a chance to watch their team.
Malta arrive in Gibraltar as they too prepare for their Euros next month where they will face England and Macedonia.
Gibraltar will be hosting next month the Under 19 Futsal Euros with both San Marino and Montenegro playing in their group.
Matches for the Euros will take place on the 19th January where Gibraltar play San Marino and 21st January where Gibraltar play Montenegro with San Marino and Montenegro playing each other on the 20th January.
A month ahead of Gibraltar’s hosting of the tournament the matches against Malta should provide the Gibraltar youth team some time to get a feel for the atmosphere they will encounter, although with the world cup also taking place the timing might prove to be a difficult one to attract the type of crowds likely to watch them in January. 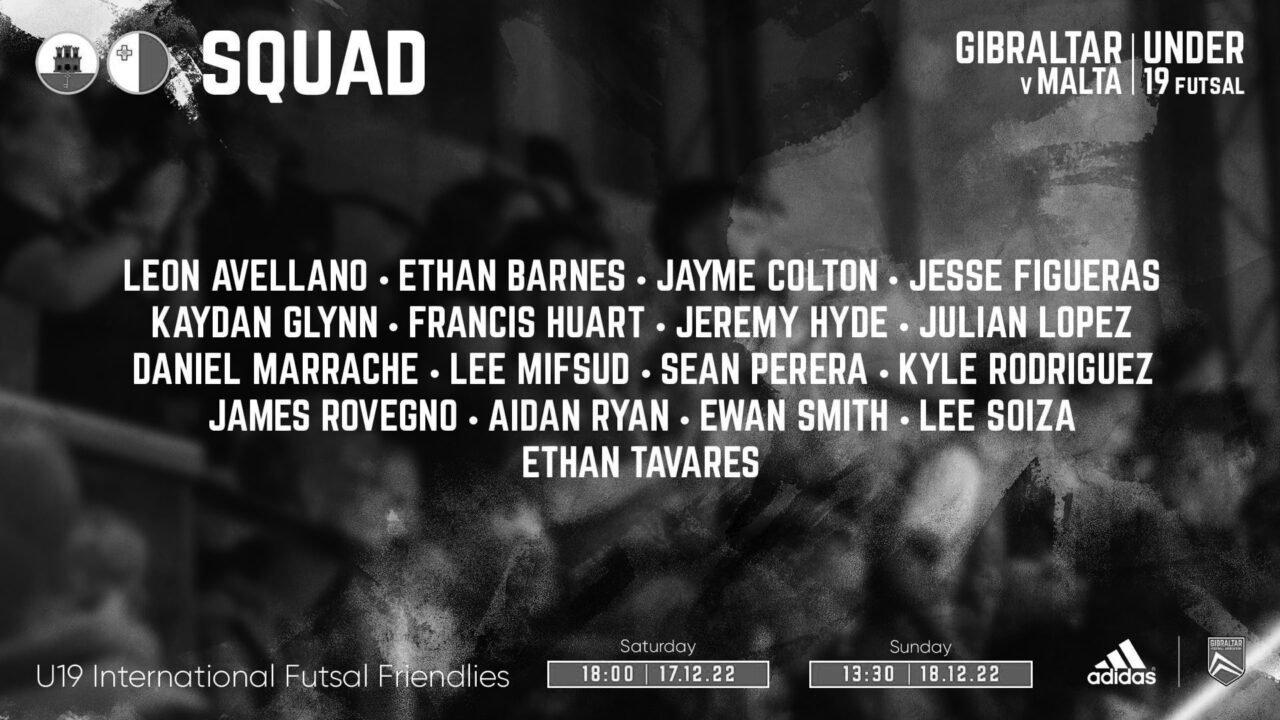