The Gibraltar football women’s Under 19 national squad completed their first experience on the international stage facing a second defeat, this time at the hands of Bulgaria.
Playing in the UEFA Under 19 European Championship group qualifiers in Kosovo, Gibraltar faced Bulgaria on Friday with few expectations, but wanting to once again provide a performance which could see them walk away with their heads held high.
Already writing a new chapter in Gibraltar women’s history by merely participating in official international matches, the young team faced a side who had far greater experience of playing in international competitions.
Gibraltar were able to hold out until the 13th minute before they saw Bulgaria clinch their first goal through Ivanova. It was not long after that Sergeeva was to get their second on the 21st minute followed by another Ivanova goal on the 23rd minute and a fourth by Sergeeva on the 26th.
Gathering themselves and closing down Bulgaria Gibraltar stopped the flow and ended the first half 4-0 behind.
The second half saw a stronger performance by Gibraltar although conceding early on in the 48th and 50th minute before closing the doors to Bulgaria.
The latter had to wait until the 65th minute for a seventh goal through a penalty and were denied any more goals as Gibraltar aimed at defending their position and not allowing more.
Although a 7-0 defeat would have been seen as a heavy defeat, the 7-0 was not unexpected with Gibraltar’s u19 not having had much if any international experience.
A steep learning curve for the young team now sets the path towards Gibraltar to look at progressing in its development as players and technical staff now start to get acquainted with what it will be like on the international stage for Gibraltar women’s football. 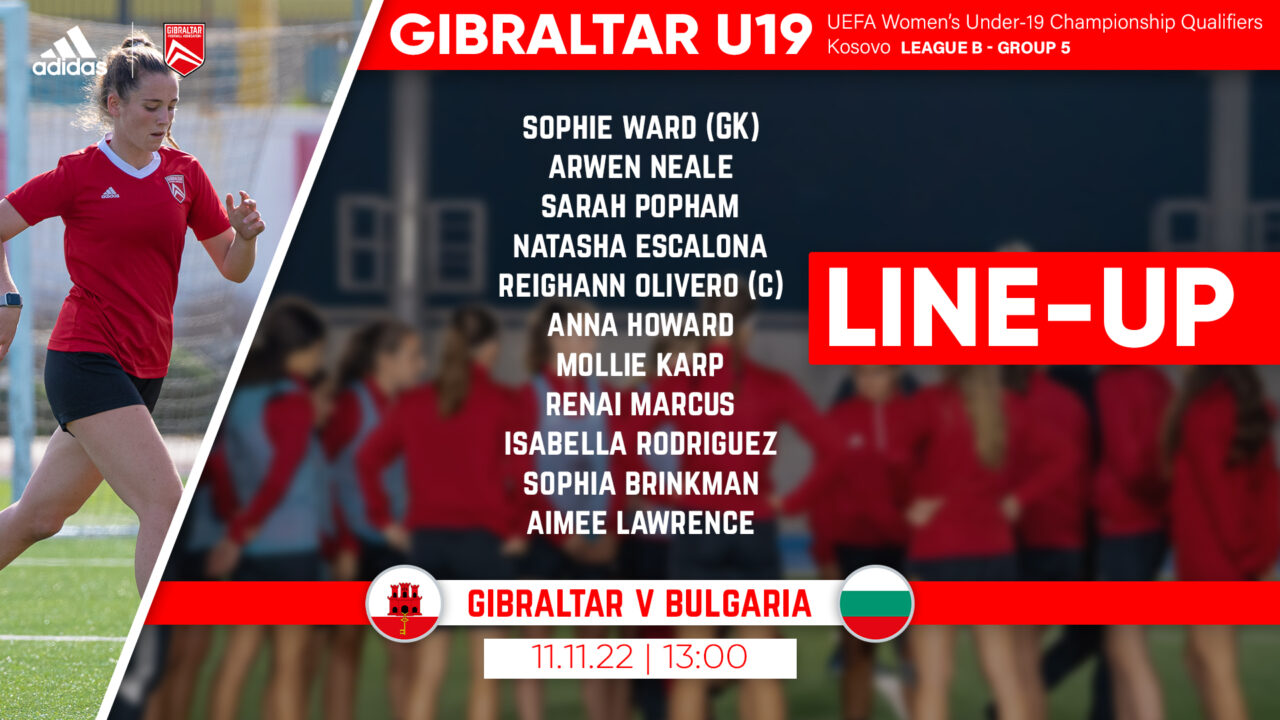