Unveiling ‘Calpeia’, the face of the first known Gibraltarian

A forensic reconstruction of the head of a Neolithic woman who lived in Gibraltar 7,500 years ago was unveiled by the Minister for Heritage Dr John Cortes yesterday.
Named “Calpeia”, a reference to the Rock’s classical name, her remains had been found and excavated, by archaeologists working with the Gibraltar National Museum, from a cave burial near Europa Point in 1996.

Recent advances permitted segments of her DNA to be extracted. A combination of the technology currently available and the skills of Gibraltar National Museum Conservator, Manuel Jaen, had made this in-house project a reality. 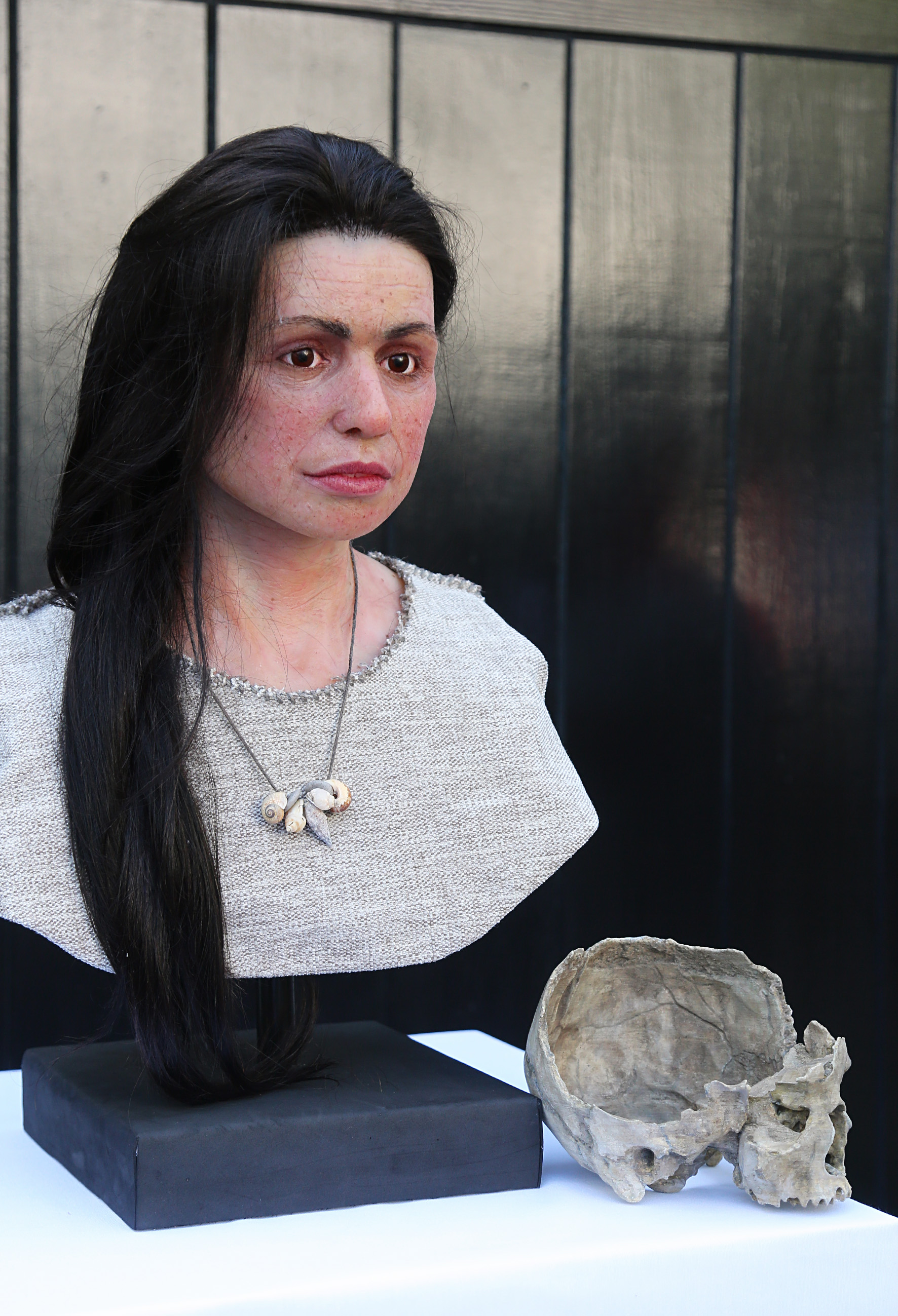 Assisting Dr Cortes at the unveiling was Director of the museum Professor Clive Finlayson, Dr Geraldine Finlayson, Stewart Finlayson and Mr Jaen.
Human hair was used in the reconstruction process that took Mr Jaen six months.
Holding a 3D printed version of the skull found in 1996 during an excavation, Professor Finlayson explained the process of how Calpeia came to be.
“She was in a burial and we now know she was a she as she comes from the Neolithic period of around 5,400BC.”
“We were able to extract DNA from the skull so we know a number of things.” 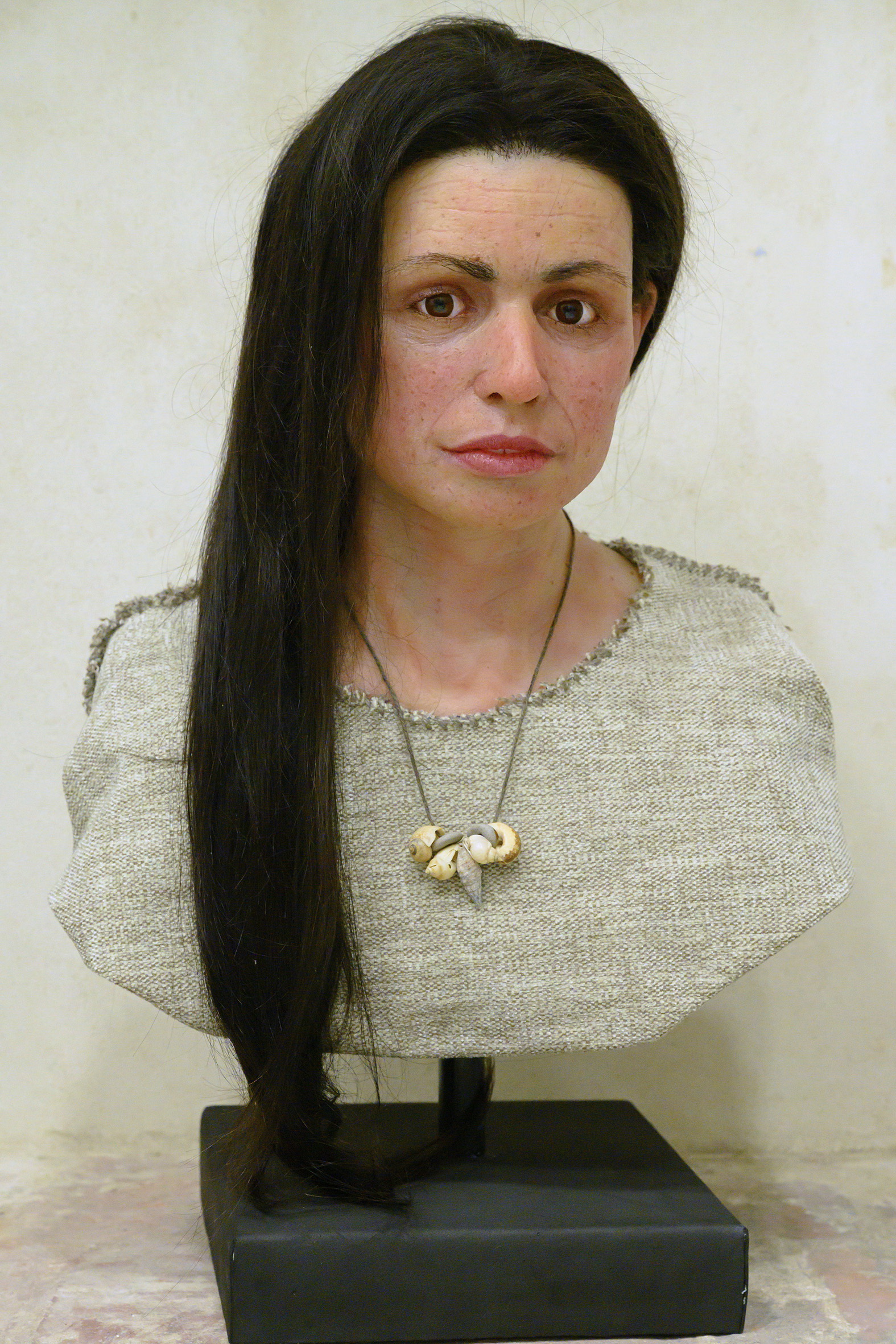 “We know she was a female, we know she had features associated with dark hair, dark eyes and the interesting thing was when we look at her ancestry 10% of her genes were local Mesolithic hunter gathers but 90% of her genes were from Anatolia [modern day Turkey],” he said.
“I am not going to go into the ins and outs of Neanderthals being different species or not, but if the Neanderthal is a different linage and Nana is the first female Neanderthal, I think what you are going to see today is truly a modern human,” he added. 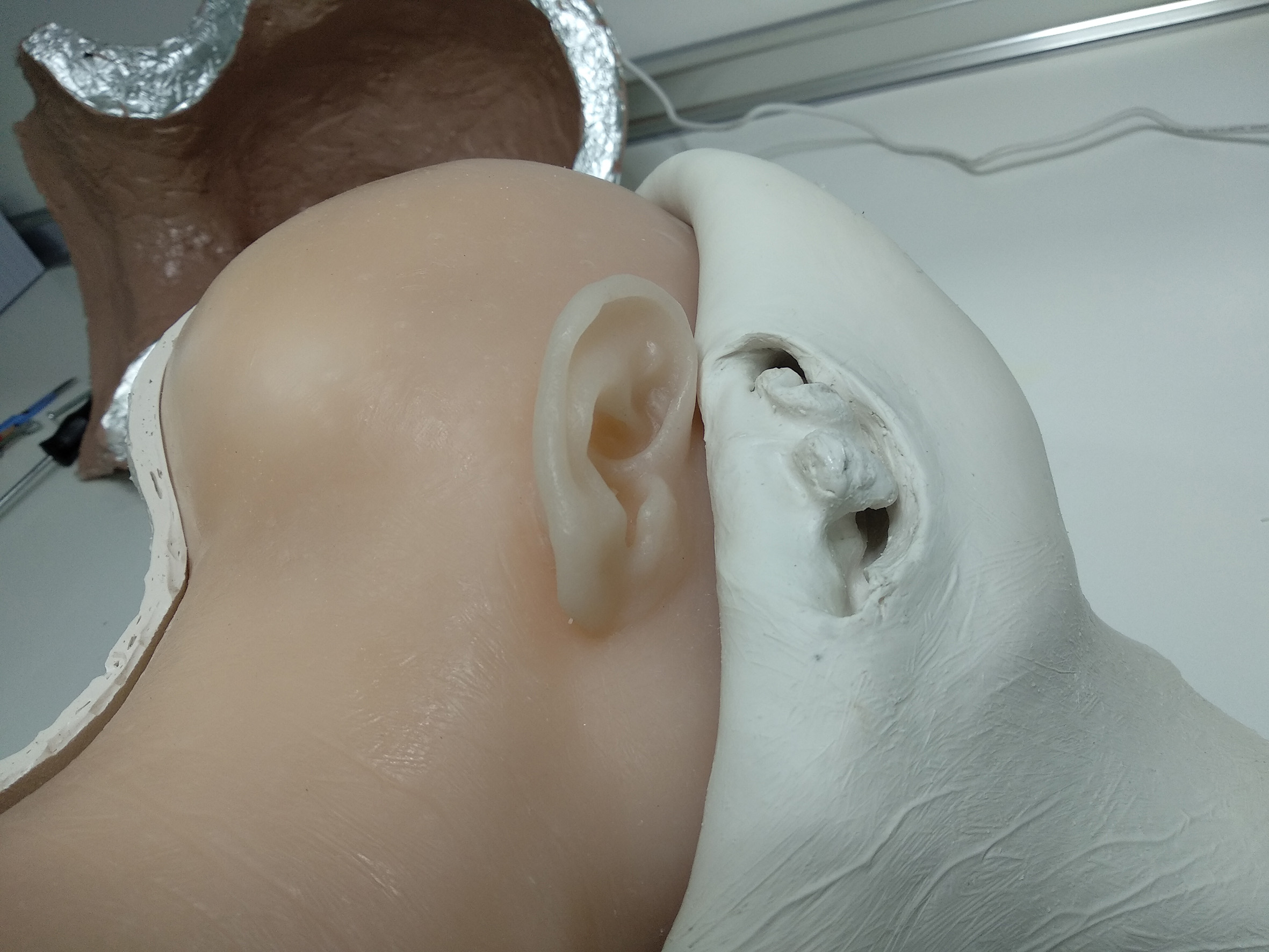 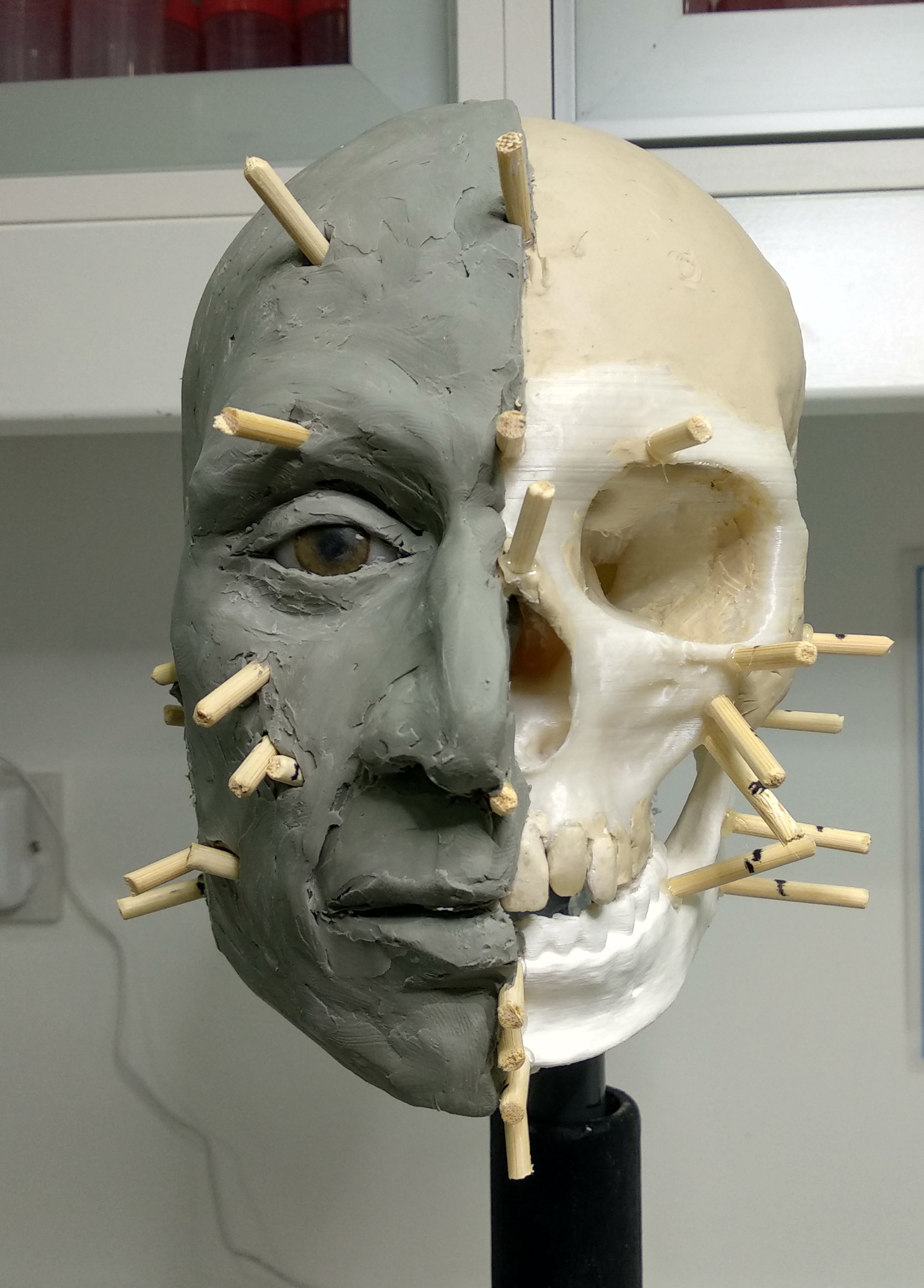 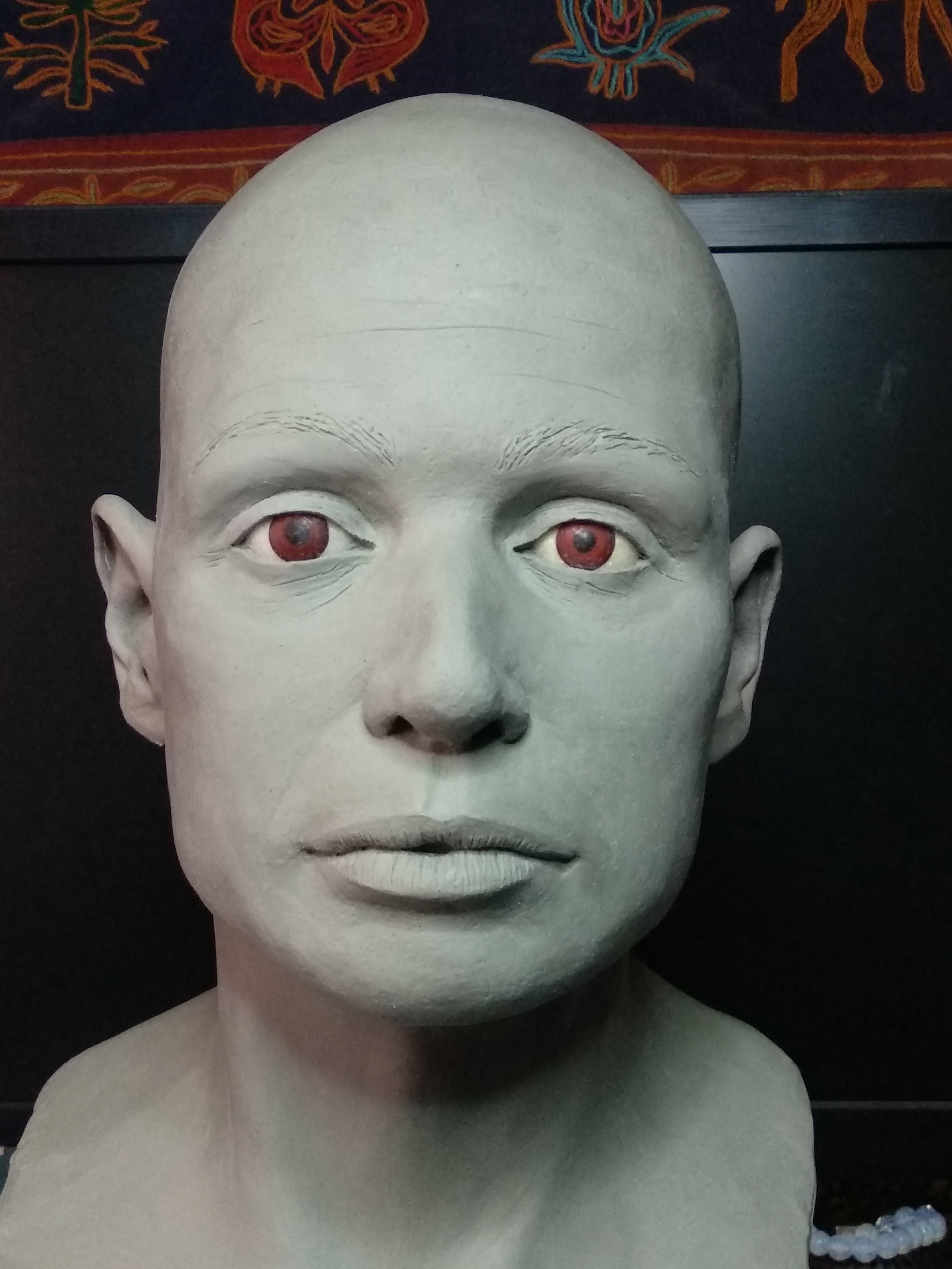 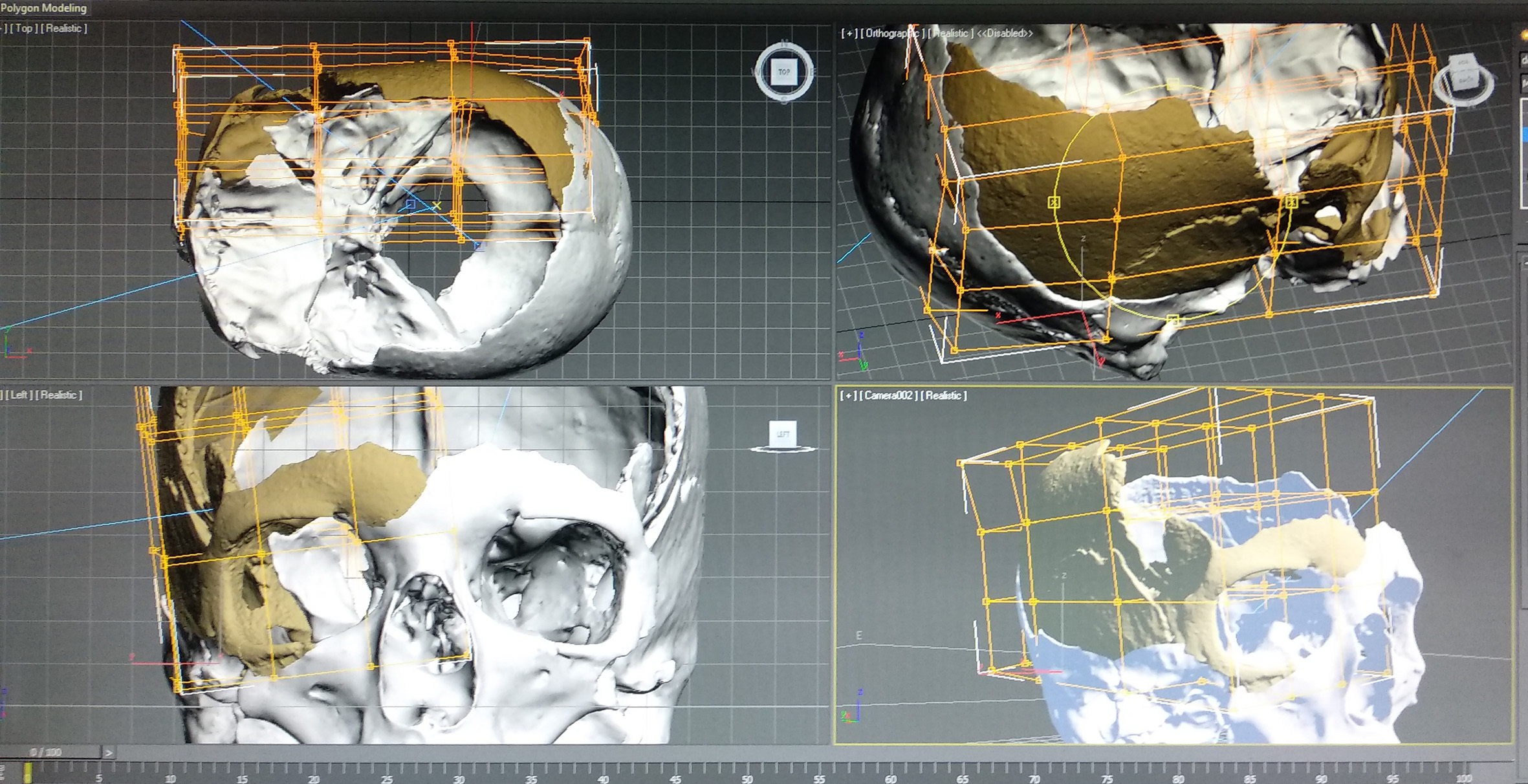 Calpeia’s skull had been deformed post-burial so the process of her reconstruction included the reshaping of a scanned copy of the skull, and completing the missing areas.
Dr Cortes described the work that Mr Jaen and the museum carried out as “extraordinary”.
He said: “When I saw what you are about to see a few days ago it was breath-taking, congratulations to Manuel for this incredible piece of work.”
“This young lady, I think she was late 30s early 40s, lived in Gibraltar seven and a half thousand years ago. She was buried in a cave at Europa Point.”
“I am told there was no agriculture in Gibraltar at that time, they were probably fishing living off the sea and living off the land.”
“But she was in Gibraltar, a Gibraltarian, though whether she was born here or travelled here we will never know. But, so many of us born here or who have travelled here consider ourselves Gibraltarian,” he added. 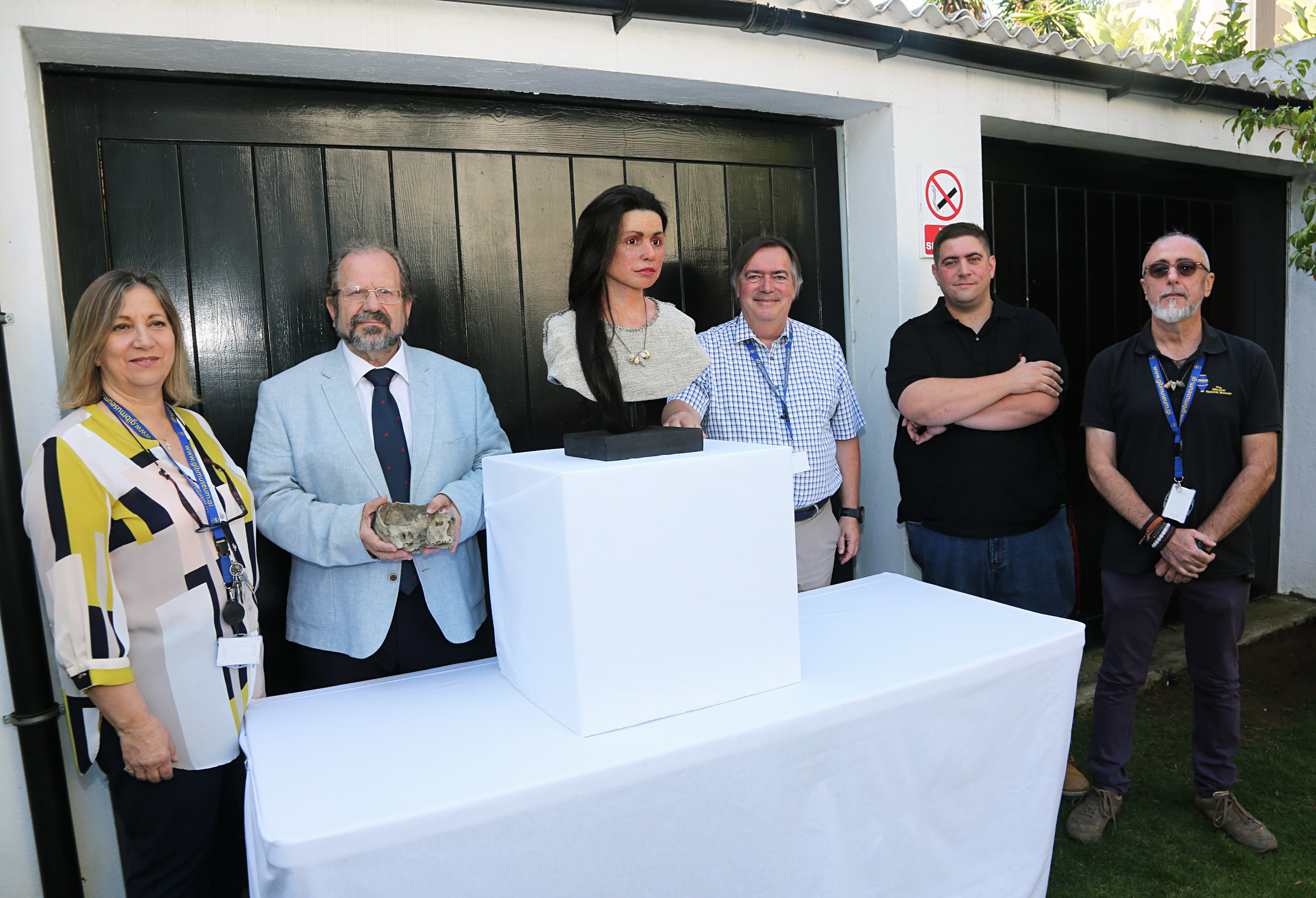 Dr Cortes said he, like Professor Finlayson, would not be drawn on whether Neanderthals are or not the same species as modern humans but stated that Calpeia was not a Neanderthal.
“So you are about to see the face of the first known Gibraltarian of seven and a half thousand years ago,” he said.
“So when you see her try and push your mind back all those years ago when the Rock was very, very different, still our Rock, still our Gibraltar, still lived, played and suffered and had their day to day life in a different way but they were humans just like us with the same emotions.”