The Welsh National Squad were here in Gibraltar last week and held an intense training camp alongside the Gibraltar Rhythmic Gymnasts.

After the delay in the Olympics, the new judging code of Points was also delayed for a year and the new code only came into effect in January 2022.  This has impacted the Rhythmic Gymnastics Sport, as it has been a rush to try and qualify with the new code for the Commonwealth Games in July 2022.

The Welsh team consisting of seven gymnasts and two coaches have been working side by side with our local Gymnasts Mie Alvarez, Kylie Gavizio, and Head coach Sally Holmes.

Gibraltar and Wales have always had a very good working relationship as we have trained in Wales the last few years prior to Covid. It has been such a huge motivation for all of us to be able to once again work alongside these gymnasts who have medalled at Commonwealth Games and also represent Great Britain. This has benefited the GRGA team especially by having had expert coaches Ioana Popoa and Nia Evans, and their top Gymnasts working with us.

On Saturday the GRGA held a controlled Competition in which Top Gymnasts Gemma Frizelle and  Elizabeth Popova performed amazing  routines plus all the other Gymnasts including our local gymnasts Kylie and Mie, in which they already showed significant improvement with this week’s intense camp training.

The Welsh Team have praised the new venue at the Europa Sports Complex, and hope to return in the near future.

Kylie and Mie travel will be travelling to Wales this weekend hoping to qualify for the Commonwealth Games. We wish them the best of luck. - S.H.

More images will be published in next week’s print edition 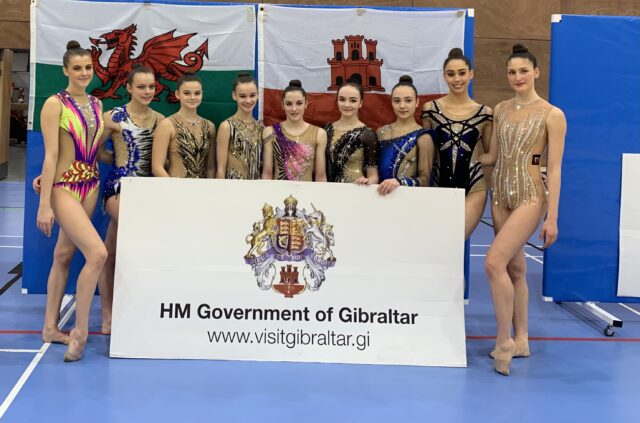