Wesley Warwick walks around the Rock in aid of stroke awareness

Wesley Warwick walked around the Rock on Saturday morning in a bid to raise awareness about strokes, especially strokes in young people.

Mr Warwick suffered from an ischemic stroke in 2020 at the age of 25 and choose World Stroke Awareness Day raise awareness of the medical condition.

The stroke left Mr Warwick with damage to the left side of his brain which affects the right side of his body and his ability to walk as well as he once could. Tiredness and pain being common when he undertakes a distance that would be longer than walking his dog, Buster. 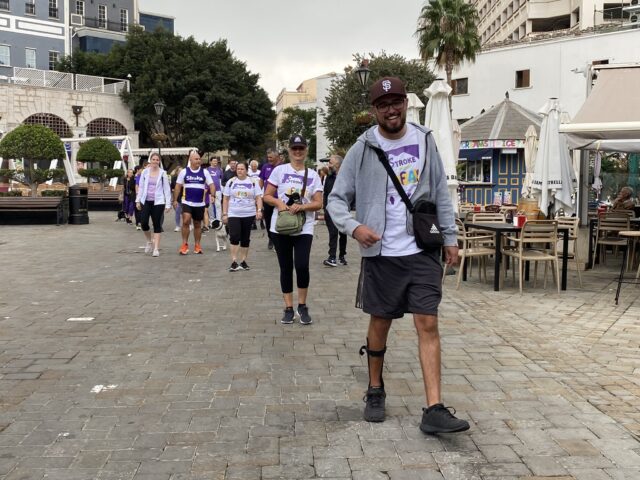 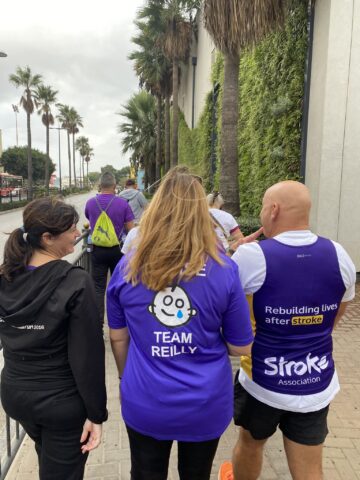 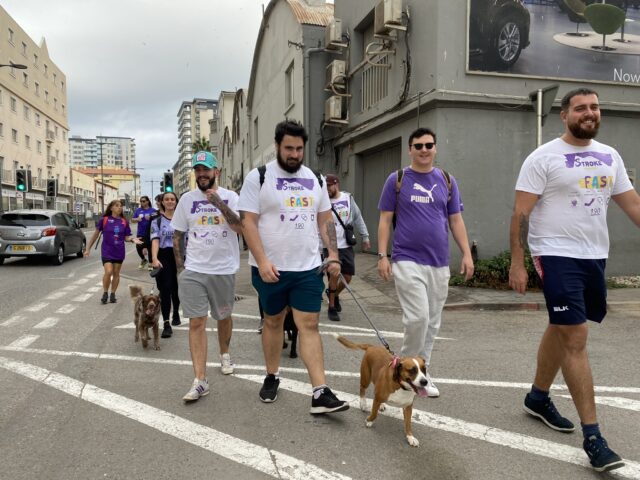 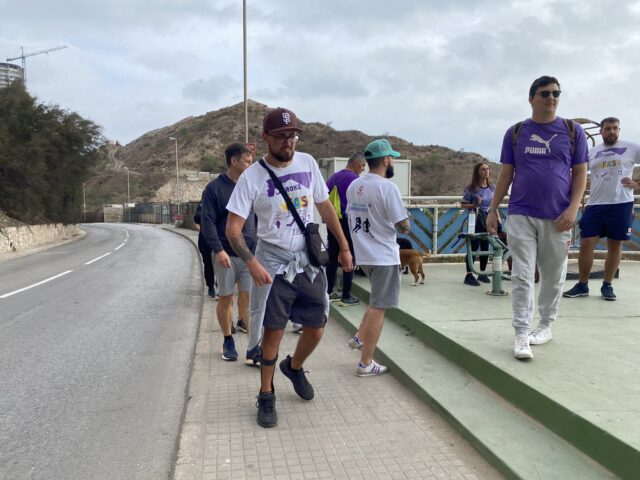 Setting off from Casemates just after 10am on Saturday morning, Mr Warwick was joined by his father Wayne who inspired his son enough to complete his own challenge. Wesley was in London at the beginning of October to watch his father run the London marathon while raising money and awareness of Strokes. 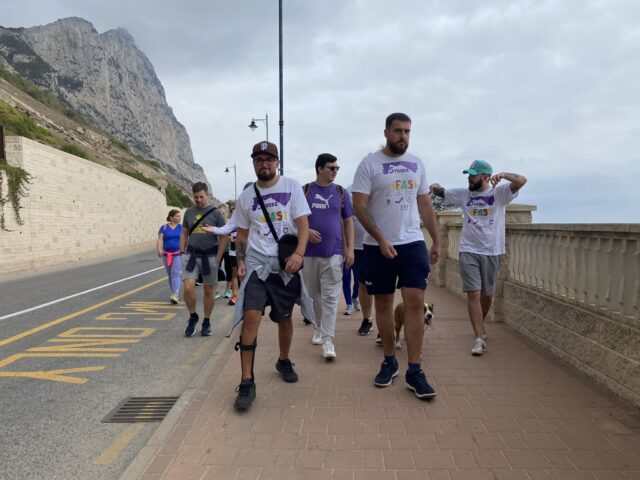 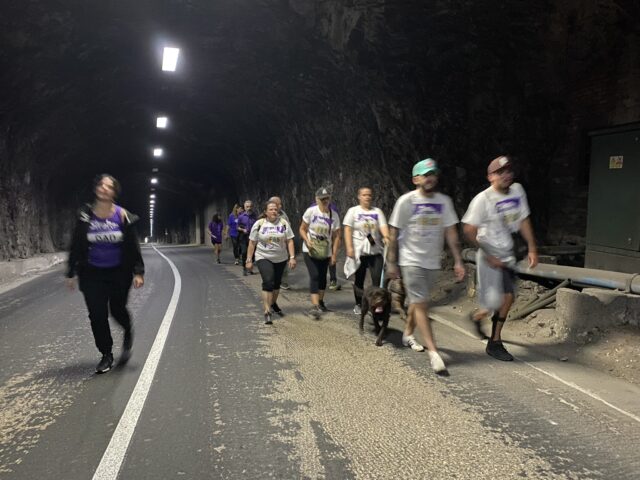 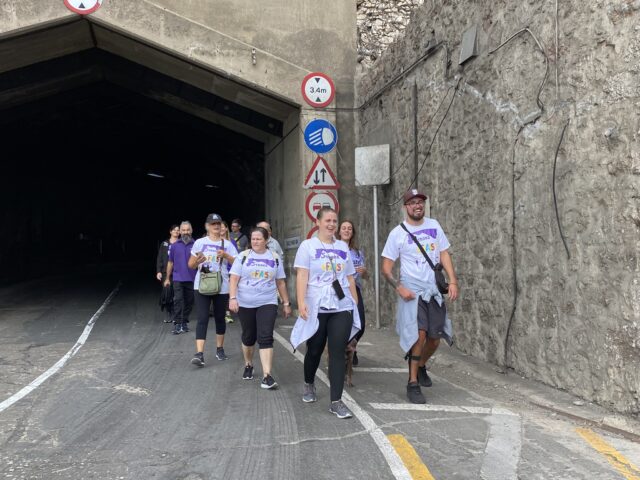 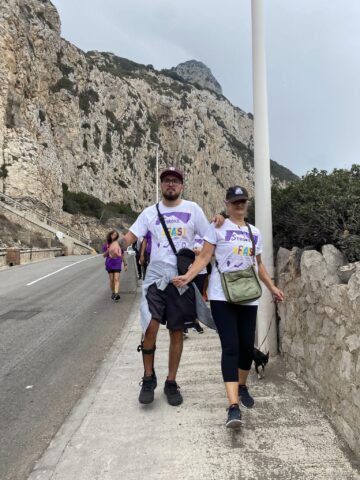 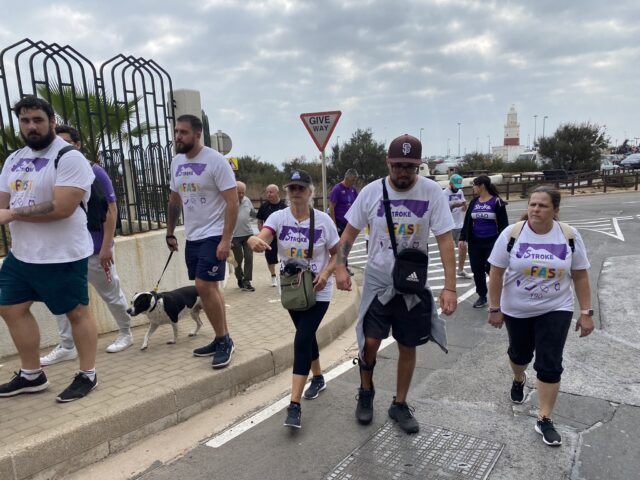 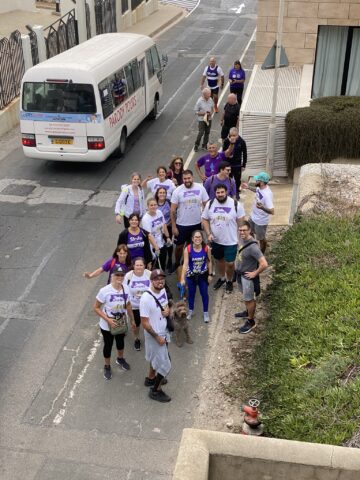 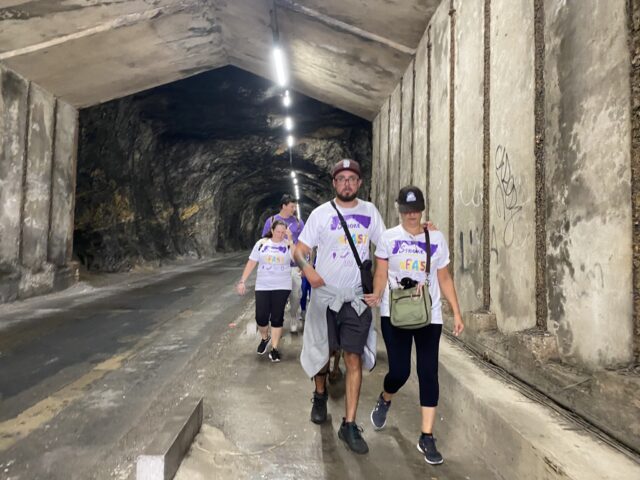 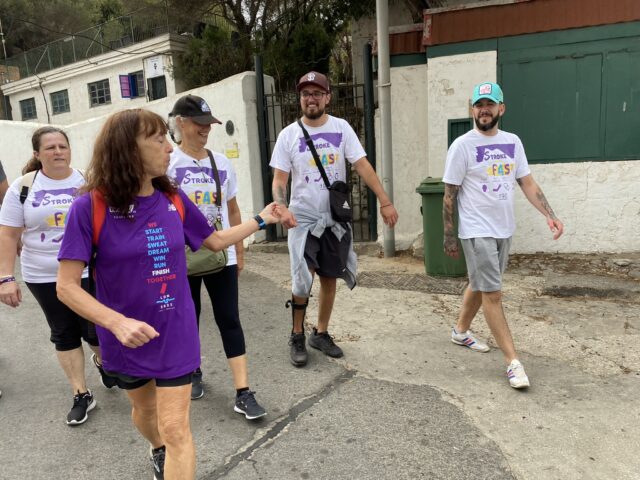 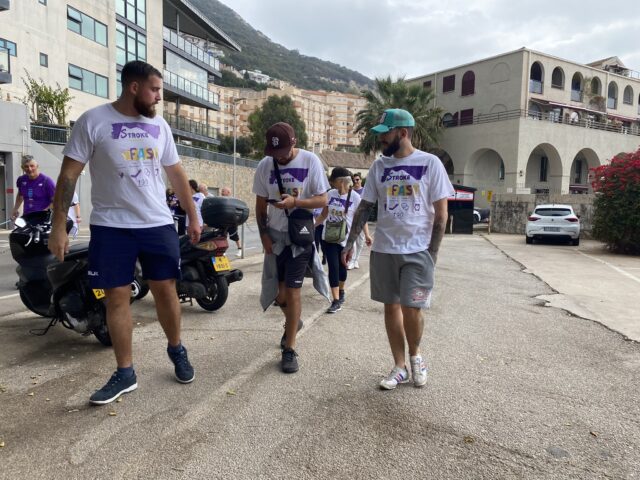 Other close family members, members of his former club the Buccaneers rugby club, members of the Carpe Diem running club which his father belongs, close friends, his dog Buster and other canines.

Greeting Mr Warwick along the way was John Shephard, who is also a stroke survivor and has been raising awareness of the medical condition for a number of years. 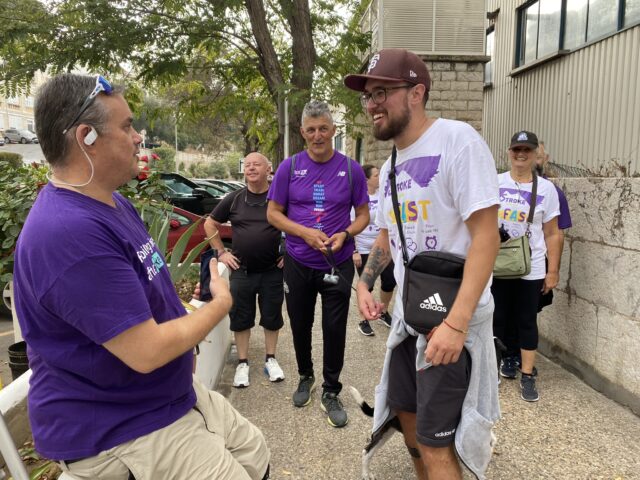 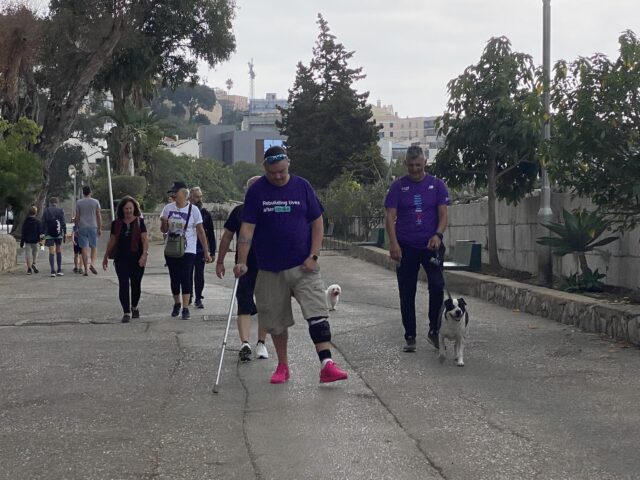 Before he set off Mr Warwick had warned people he would be slow especially uphill and downhill.

But he clearly underestimated himself and his pace, he climbed the Dudley Ward Tunnel and descended down to Europa Point with ease.

The time he projected of four hours was smashed when he achieved his goal in three hours, only stopping momentarily for a drink of water on route. 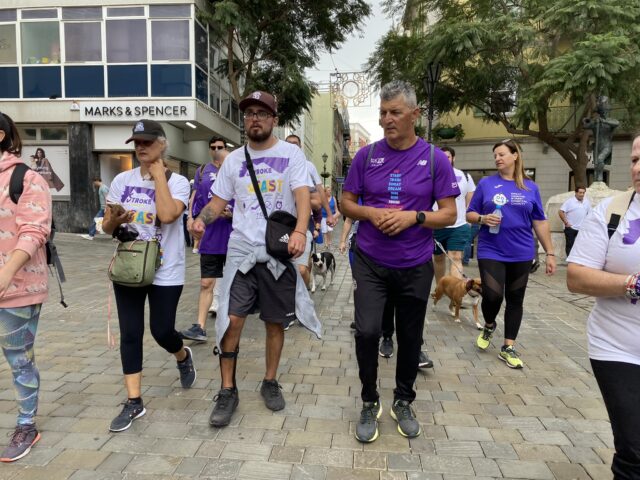 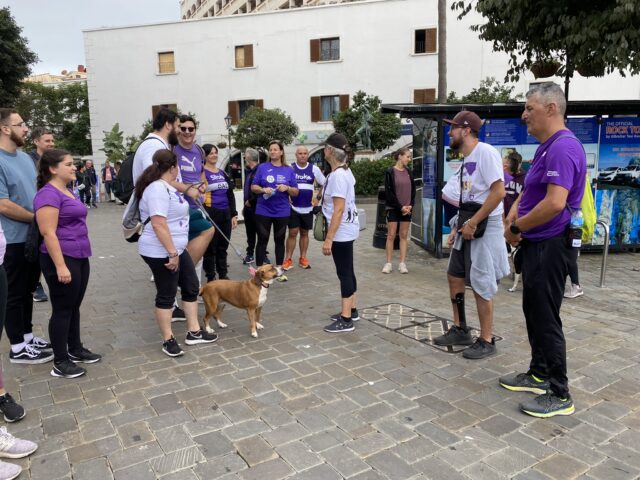 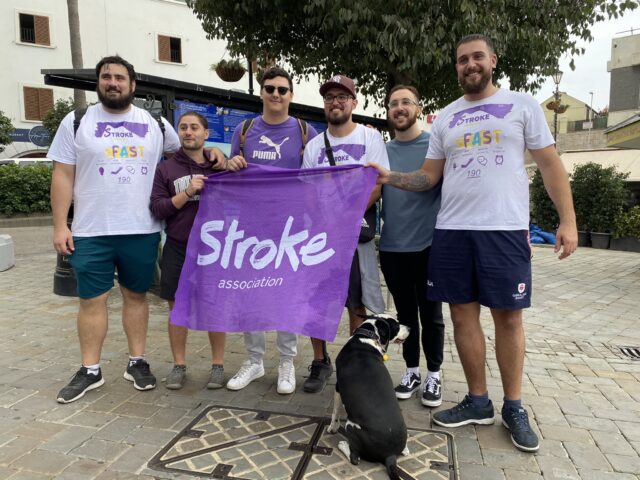 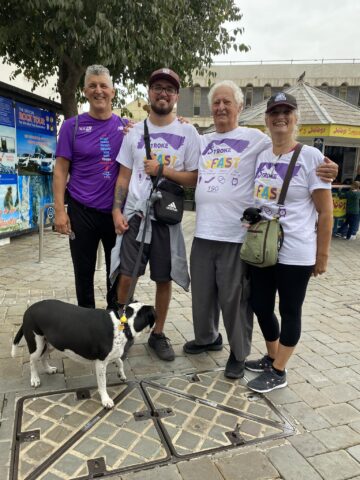 Near No6 Convent Place, Mr Warwick was joined by his grandfather Walter who in his 80s joined his grandson for the walk-up Main Street into Casemates.

By coincidence the re-enactment association were leaving Casemates at the same time and the walkers were greeted by bagpipes and drums.