The winners for the second annual Cultural Awards were unveiled during pre-recorded broadcast on Tuesday evening.
The event organised by Gibraltar Cultural Services aims to recognise local culture and award those who have made an impact.

This year the awards were pre-recorded and broadcast on GBC and livestreamed on the GCS facebook page, which was presented by GCS Head of Cultural Development Davina Barbara.

In a bid to adhere to Covid-19 guidelines, only crew, staff and the winners could attend with each entering at staggered times.

In a surprise twist Arthur Harper won the Ministry of Culture Lifetime Achievement Award which was presented by the Minister for Culture Dr John Cortes, and marked an emotional moment for all those involved.

This year’s programme included new awards, such as the Extraordinary Achievement Award and the Special Covid Award.

Karel Mark Chichon scooped the Extraordinary Achievement Award, which was collected by his mother Leonor Chichon and his nephew Ryan as Mr Chichon is currently working abroad in the Canary Islands. 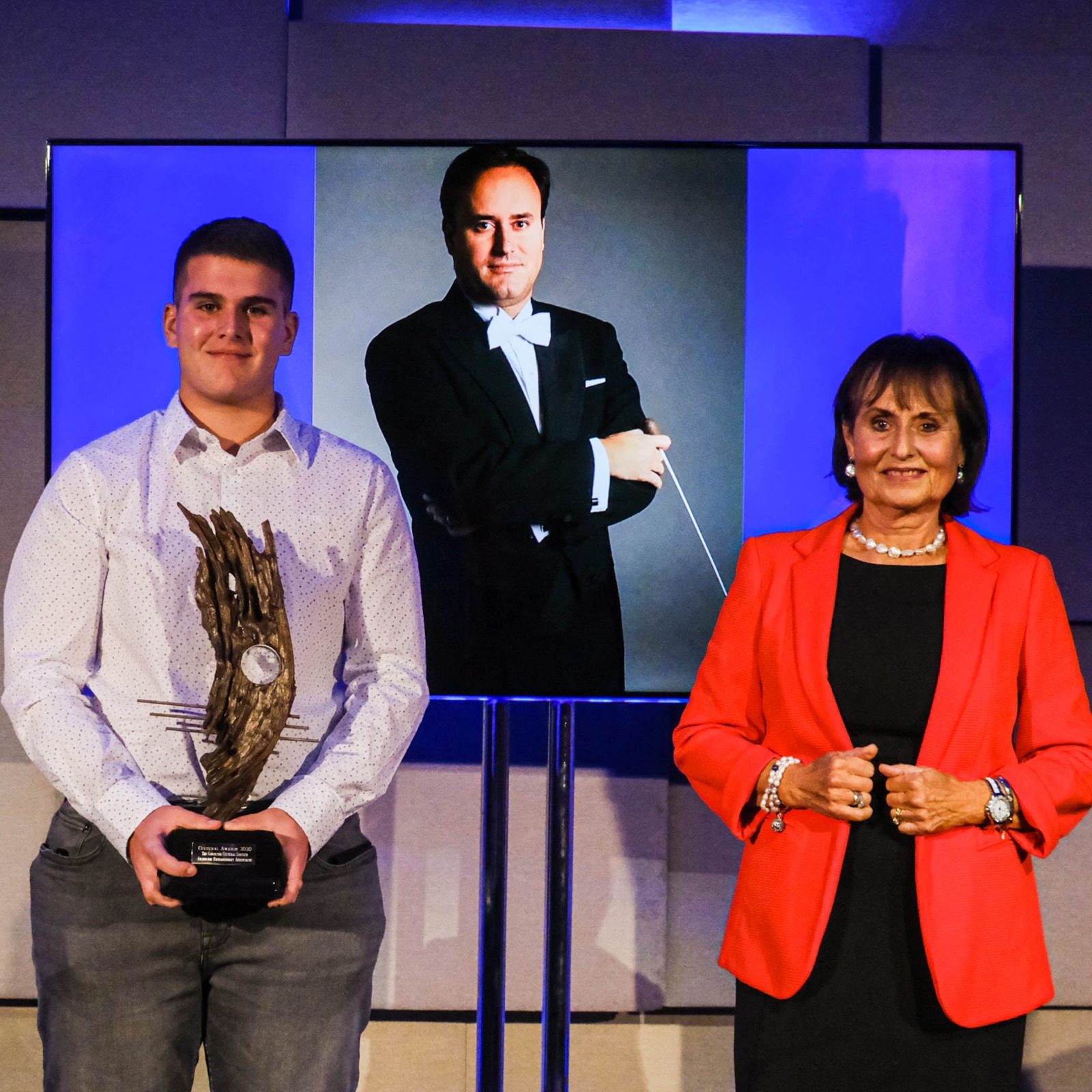 In early 2016 he mad his debut at the Metropolitan Opera New York with Madama Butterfly, which included a live broadcast in 2,000 cinemas in 66 countries across the globe.

The Extraordinary Achievement Award recognises an exceptional individual that has already achieved international recognition and success.

“For his distinguished career with numerous accolades and plenty of highlights, Karel Chichon was a natural choice,” GCS said in a statement.

“His biography is impressive, describing him as thrilling audiences with his temperament, passion and musicianship.”

“His services to music and achievements within the profession have already been recognised at the highest level, with an OBE in 2012, and his election as a Fellow of the Royal Academy in 2016. Karel is an innovator and ambassador influencing both in his homeland and abroad.”

His mother Leonor, who collected the award on his behalf said it was an emotional moment, adding it was great for him to be recognised in Gibraltar. 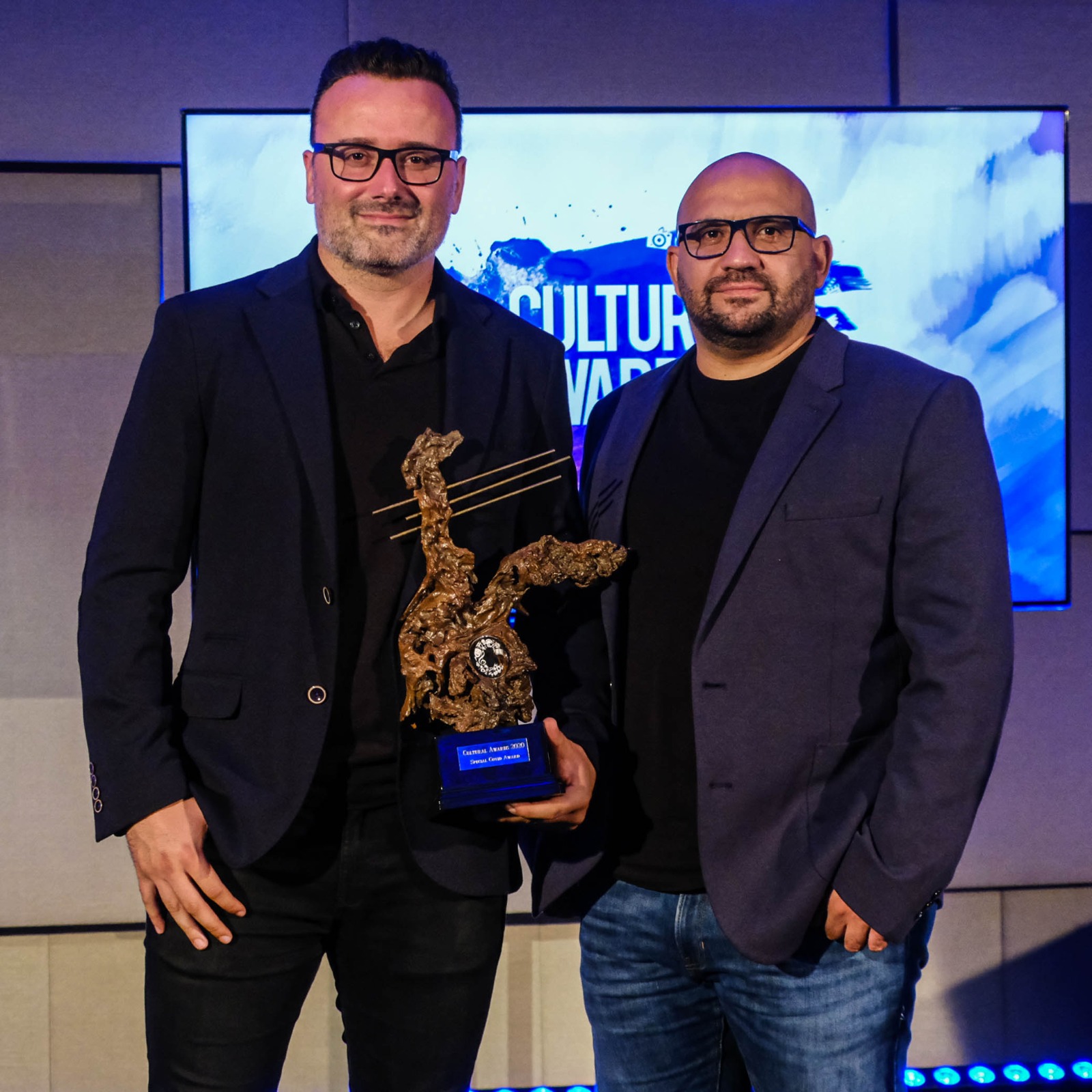 Mr Frendo and Mr Mifsud would like to dedicate the award to the late Philip Valverde, who passed earlier this year during lockdown.

“I think this recognition should’ve gone to someone like Philip Valverde, who has given so much to local music and to culture in general, not only the concerts he used to organise for National Day and New Year’s Eve, he was a fantastic guy and unfortunately we lost him during lockdown,” Mr Frendo said.

Mr Frendo and Mr Mifsud were thankful for receiving the award, adding they did not organise Friday Night Live for any recognition but rather to keep spirits up in lockdown.

The winners of the Cultural Awards knew over a week in advance and Mr Frendo and Mr Mifsud said it was “tough” to keep the secret.

Between Mr Frendo and Mr Mifsud they would contact local artists and edit the videos together.

“It was challenging but at the same time it was so much fun as well,” Mr Frendo said.

GCS said Friday Night Live brought musicians of all ages together to entertain Gibraltar during a period of uncertainty.

“The recipients of this award demonstrated the uniqueness of Gibraltar’s community spirit,” GCS said.

“Led by Dion Mifsud and Nolan Frendo, the initiative saw special collaborations by former groups working together, and musicians joining forces to demonstrate their love and passion for creating.”

“Their talents also extended into areas of sound and vision with brilliant recordings produced and edited, placing our musicians and artists frontline.”

“The Friday Night Live concept was celebrated with hundreds taking to their sofas every Friday to enjoy hours of local entertainment featuring some special themed productions as the weeks progressed.”

“A great example of how music has the power to unite. This one-time award is presented to Dion and Nolan, but it also recognises all those artists who gave of their time and talent to contribute to this innovative and worthy project.” 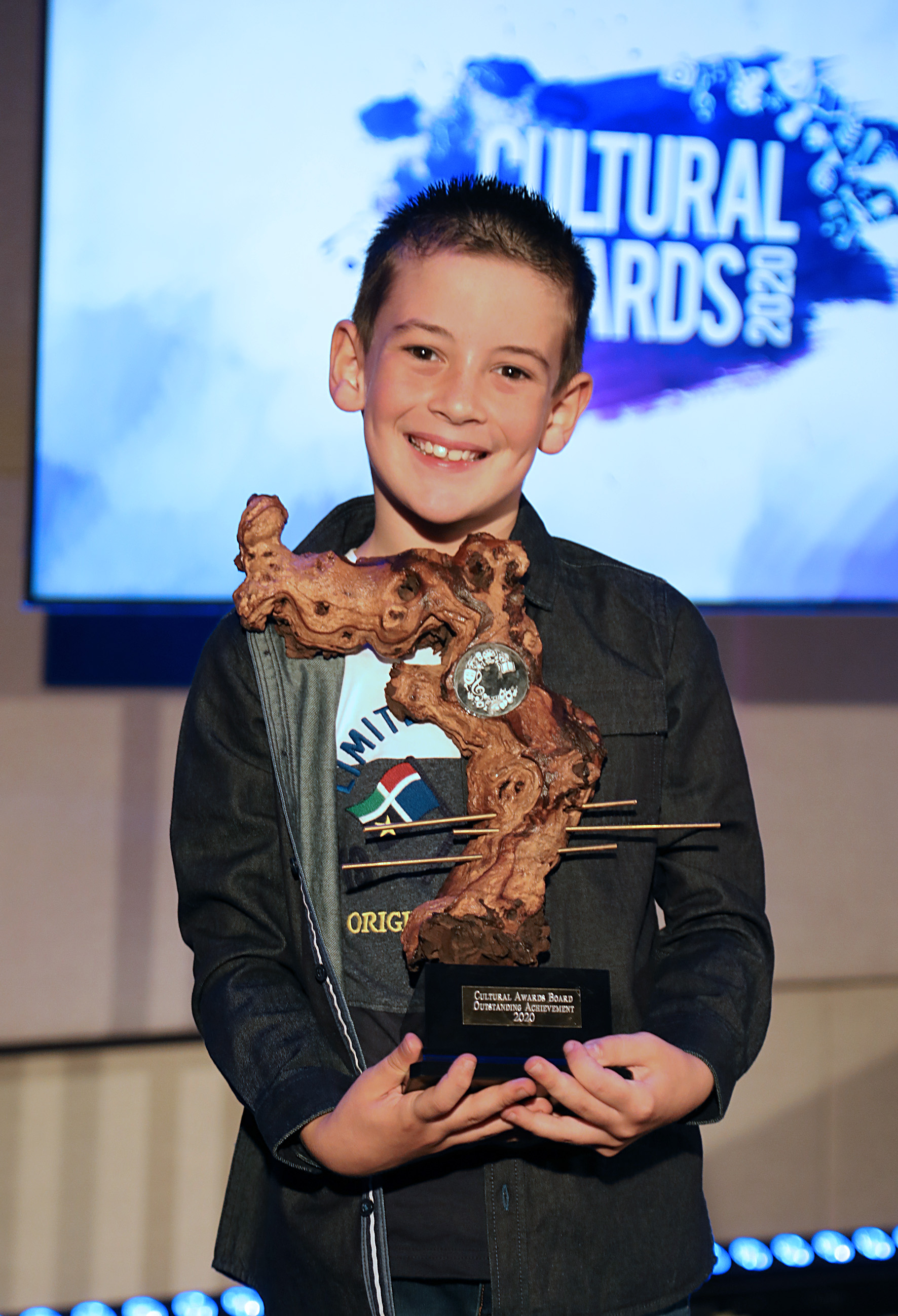 The eight year old author sold 1,200 of his book Corona Travel, raising over £7,500 for children’s charities.

Corona Travel also travelled around the world and led to Jake’s involvement in a global collaboration book about Mother Nature and the environment entitled ‘Am I Finally Free’, with other young authors and artists from London, Singapore and Indonesia.

GCS said this Award is a discretionary award given by the Board, who felt Jake’s vision, imagination, and generosity needed to be recognised and applauded.

The Junior Award for under 15’s was presented to Aditya Dhanwani, a young pianist won the 2020 Gibraltar Young Musician of the Year award for an accomplished performance. 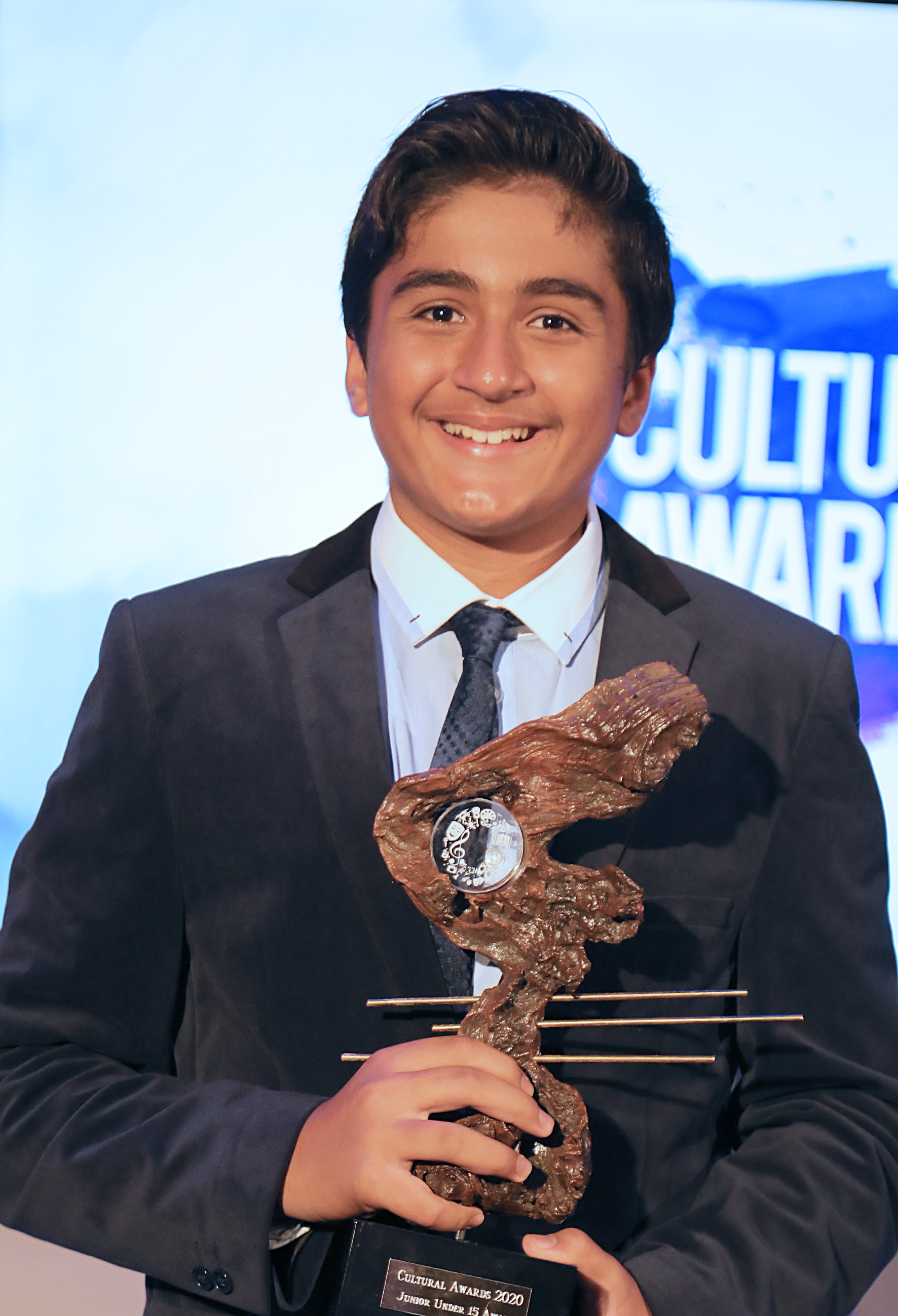 Adi also provided piano recitals during lockdown, as part of the virtual musical concerts hosted on social media by GAMPA, and was selected for a Parasol Foundation scholarship, which he co-shared.

“He is described as an engaging performer with an impressive work ethic,” GCS said.

Amy Wink received the Youth Award for under 25’s, she was recognised by making podium claiming a silver medal at the 2019 Dance World Cup in the junior, modern and contemporary solo categories, a competition featuring 6000 dancers. 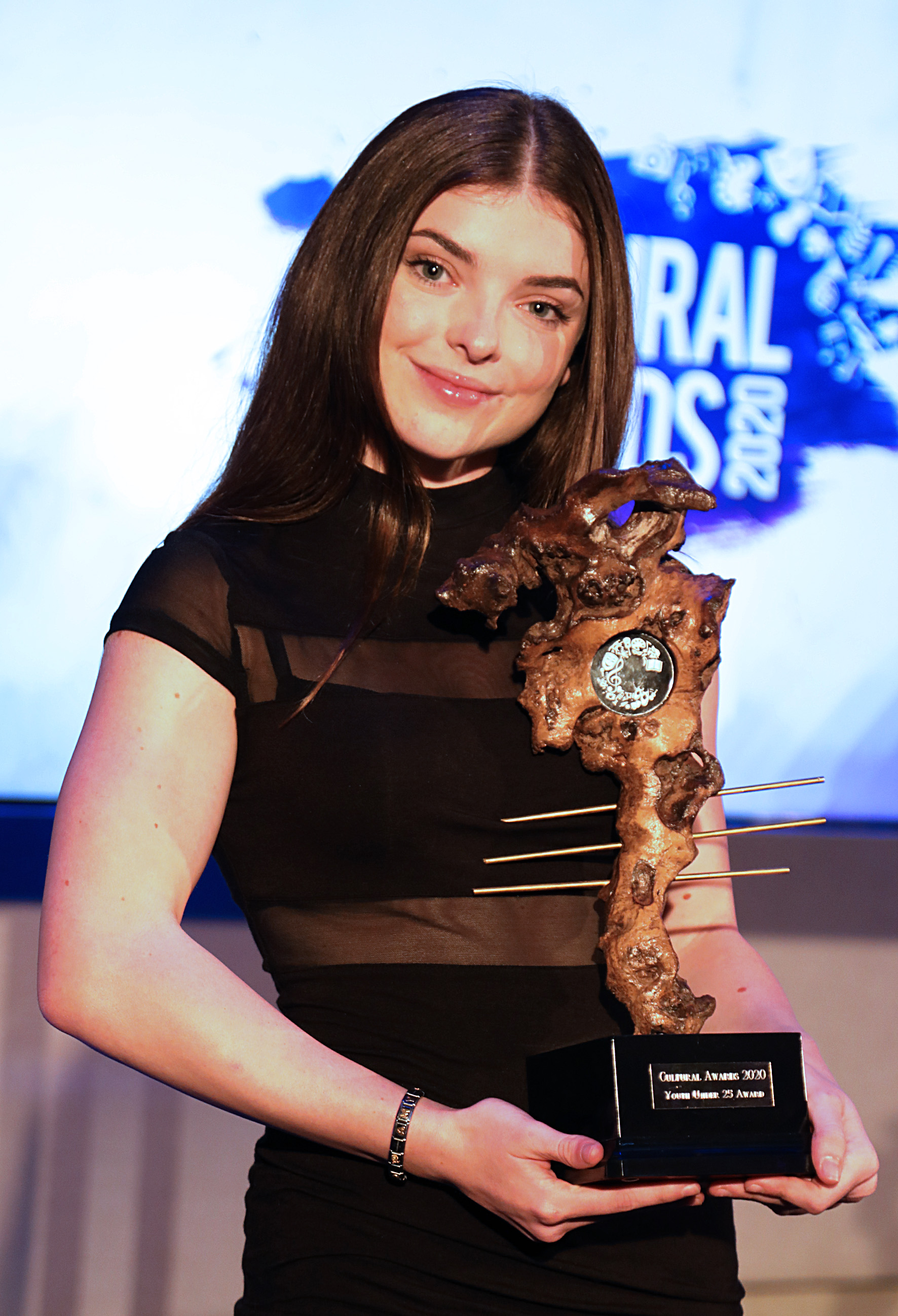 Amy was also awarded three scholarships, two in Madrid in recognition of her modern, lyrical and contemporary work and one in Paris for her ballet presentation. The 15-year-old also took the Best Female Dancer award at the 2020 Gibraltar International Dance Festival.

The Senior Award for over 25’s was awarded to Maribel Matthews who has had a busy year exhibiting both locally and abroad, raising awareness of climate change and the environment through her art. 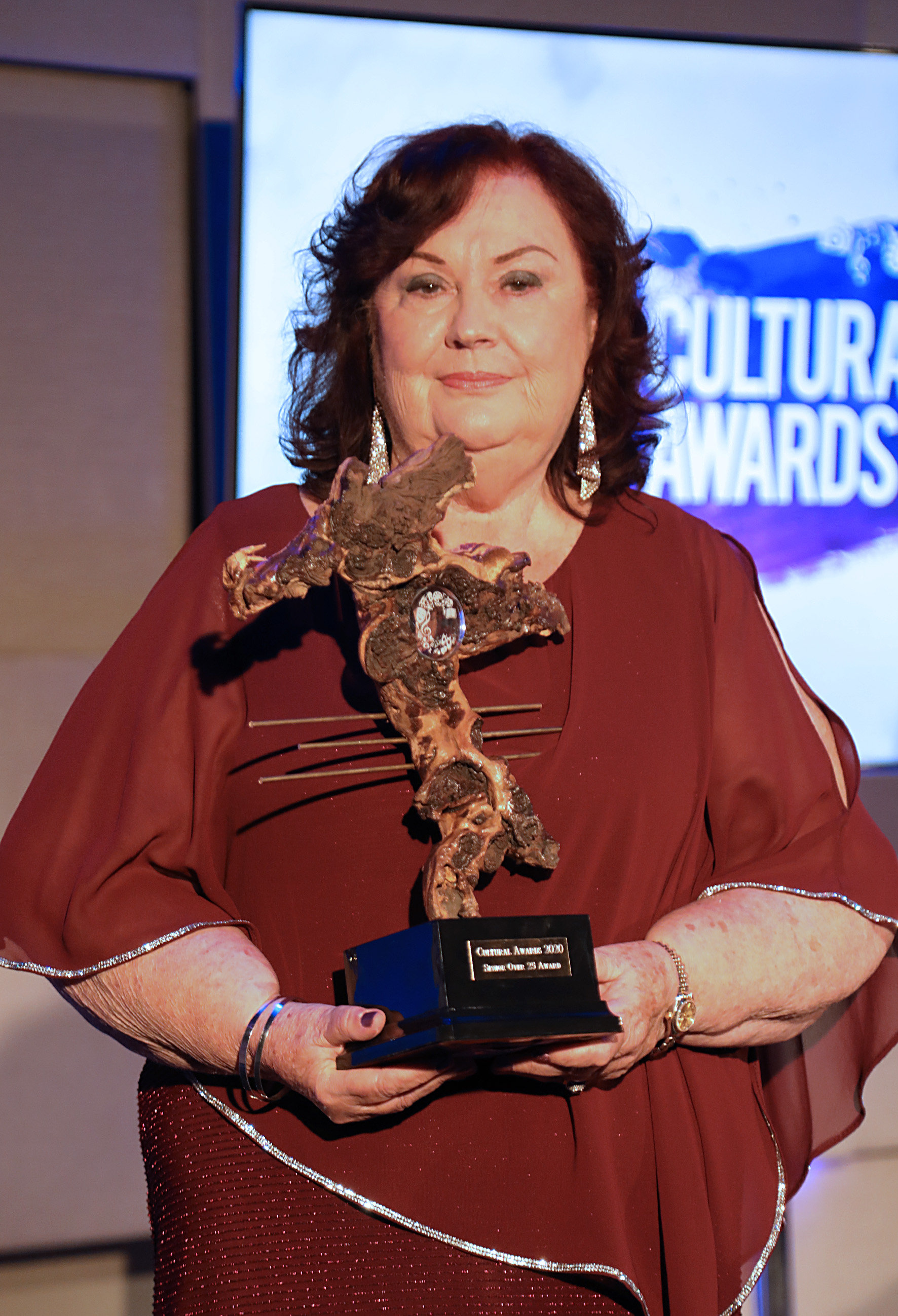 Mrs Matthews received the ‘Artist of the Year’ award from a New York magazine and was also acknowledged in Florence by Efeccto Arte. She was one of 20 artists that received the ‘Michelangelo International Prize’ in Rome, with her work then published in a couple of magazines.

Best Educational Project was presented to the Gibraltar Youth Service. 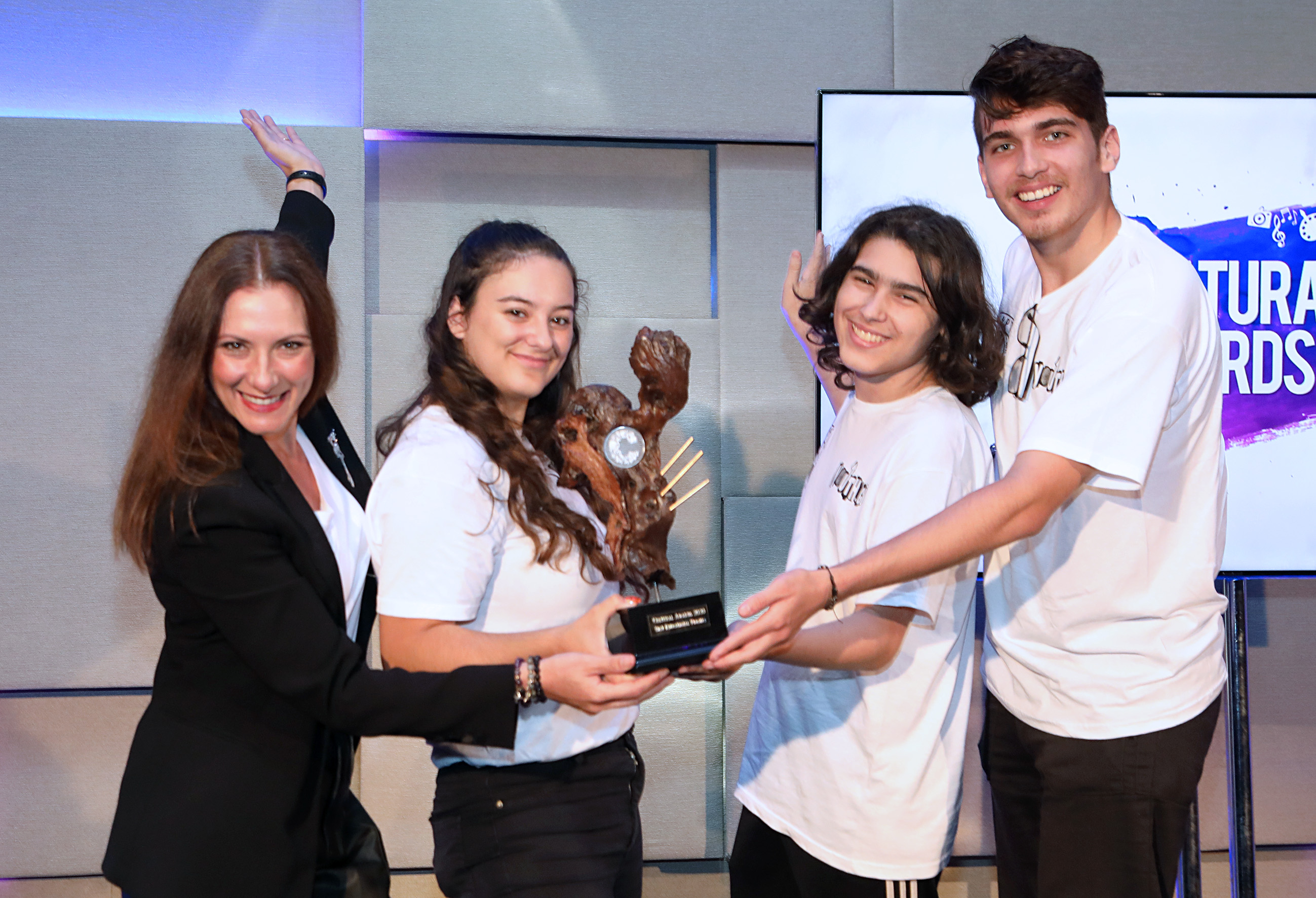 The project aimed to build the confidence and self-esteem of young people, by encouraging them to appreciate their individual attributes.

Around 70 participants were involved, resulting in a photo exhibition at the GEMA Gallery to coincide with the Children and Adolescent Mental Health Week.

Mark Sanchez scooped the Cultural Ambassador Award, having written over a dozen publications broaching on Gibraltarian culture and promoting the Rock’s identity traits. 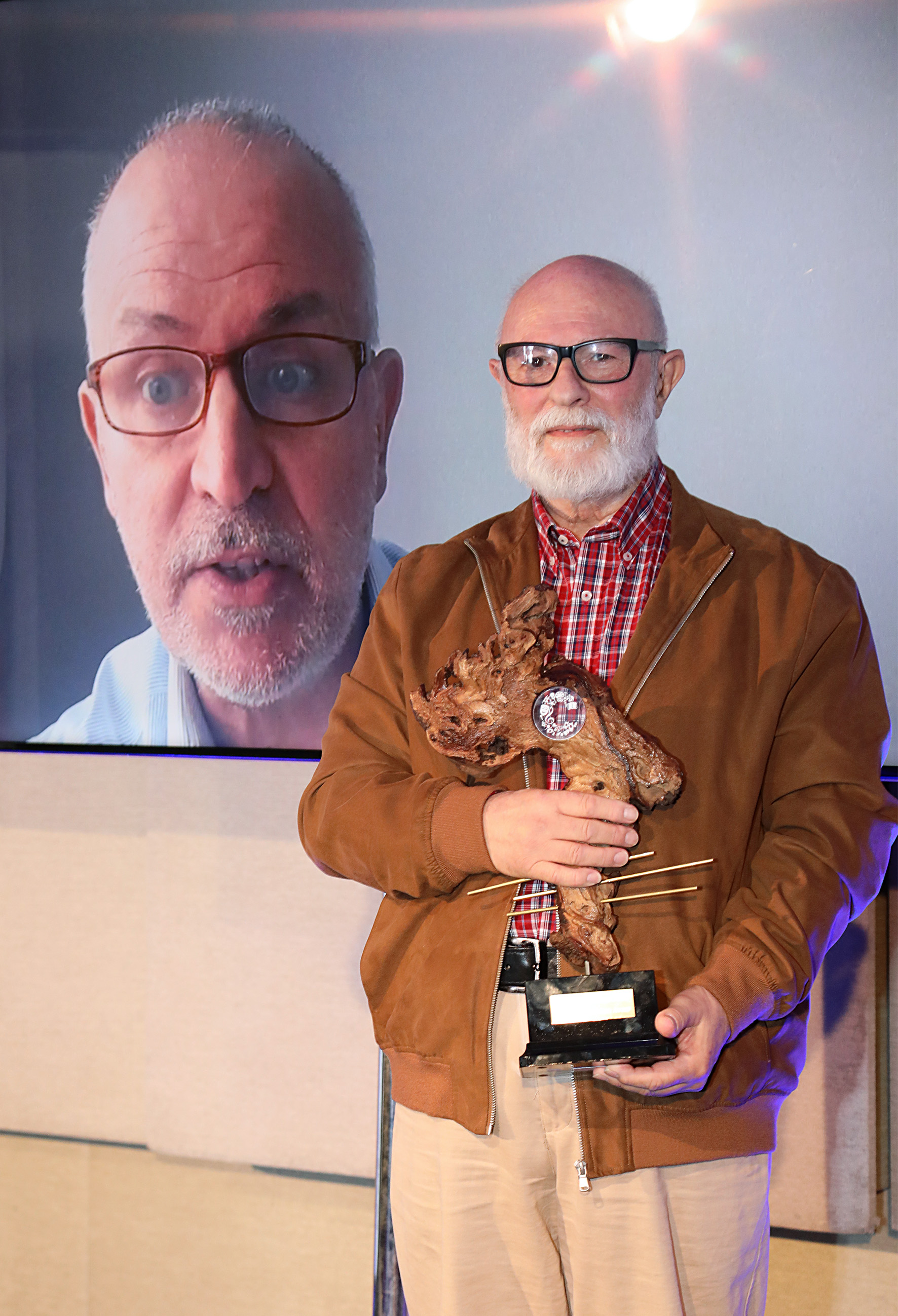 Mr Sanchez was unable to attend and Humbert Hernandez collected the award on his behalf.

His body of work includes novels, short stories, essays, memoirs, journals and historical studies, and form the basis of discussion on radio programmes and at numerous top European universities.

His work is referenced and discussed in many top scholarly journals.

This year Mr Sanchez was one of 22 authors participating in a publication focusing on the Mediterranean.

“He endeavours to promote Gibraltar thorough his varied projects and strongly believes Gibraltar needs its own national literature.” 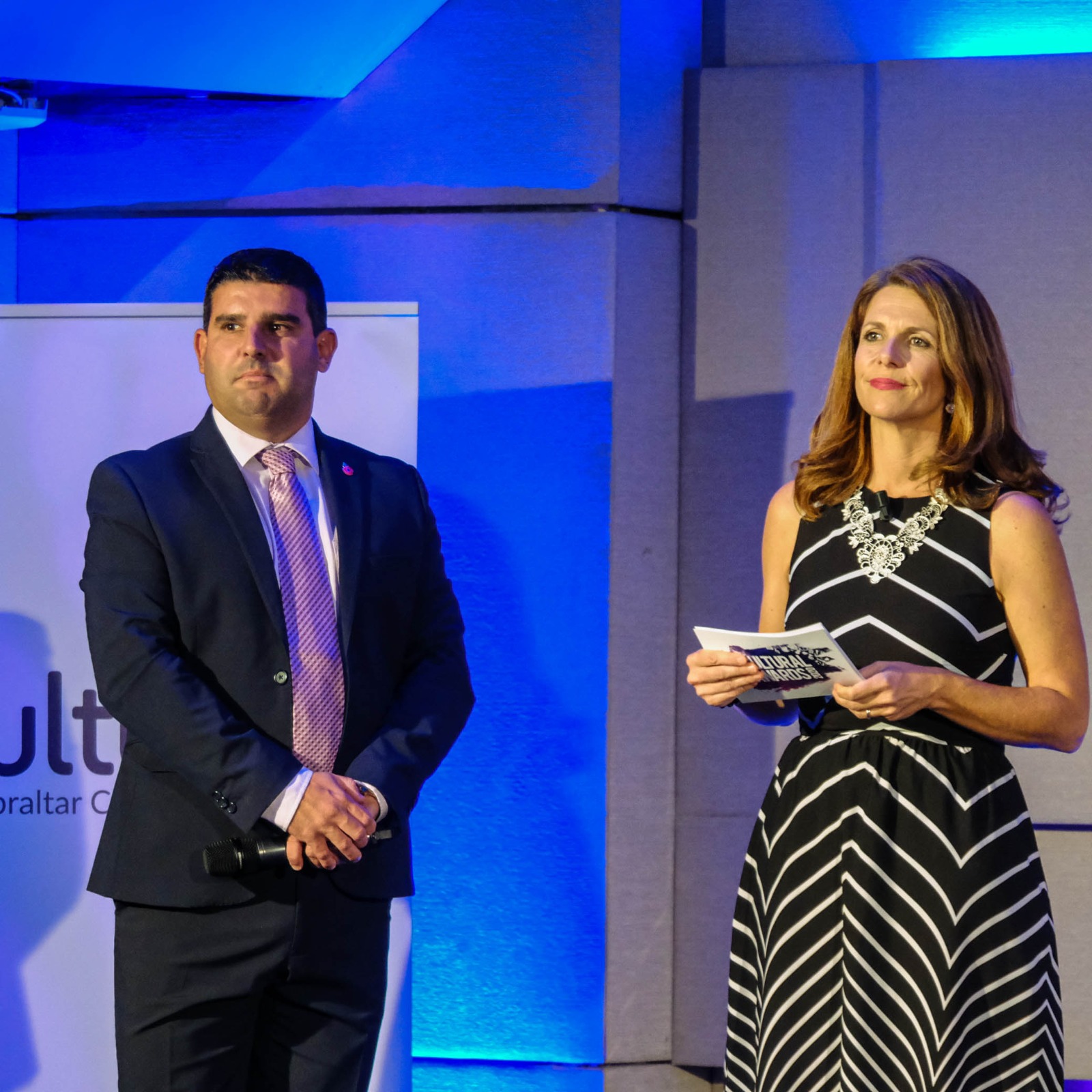