For a total of 143 days Marie Harrington is walking 11.26km around the Rock every day until World Ocean’s Day on June 8.

10 years ago, Ms Harrington returned to Gibraltar, her mother’s birthplace.

Now she is walking 1,609kms (1,000 miles) around the Rock to raise both funds and awareness for Whale and Dolphin Conservation, a subject she is very passionate about.

“I have been a long-time supporter of whale and dolphin conservation,” she told the Chronicle.

“Ever since I can remember I have been a contributing supporter and I have never done anything to fundraise other than my monthly contributions.”

“They [the organisation] do this thing called the Great Migration and this is designed to map the thousands of miles the whales migrate naturally in the wild from their breeding grounds to their feeding grounds.” 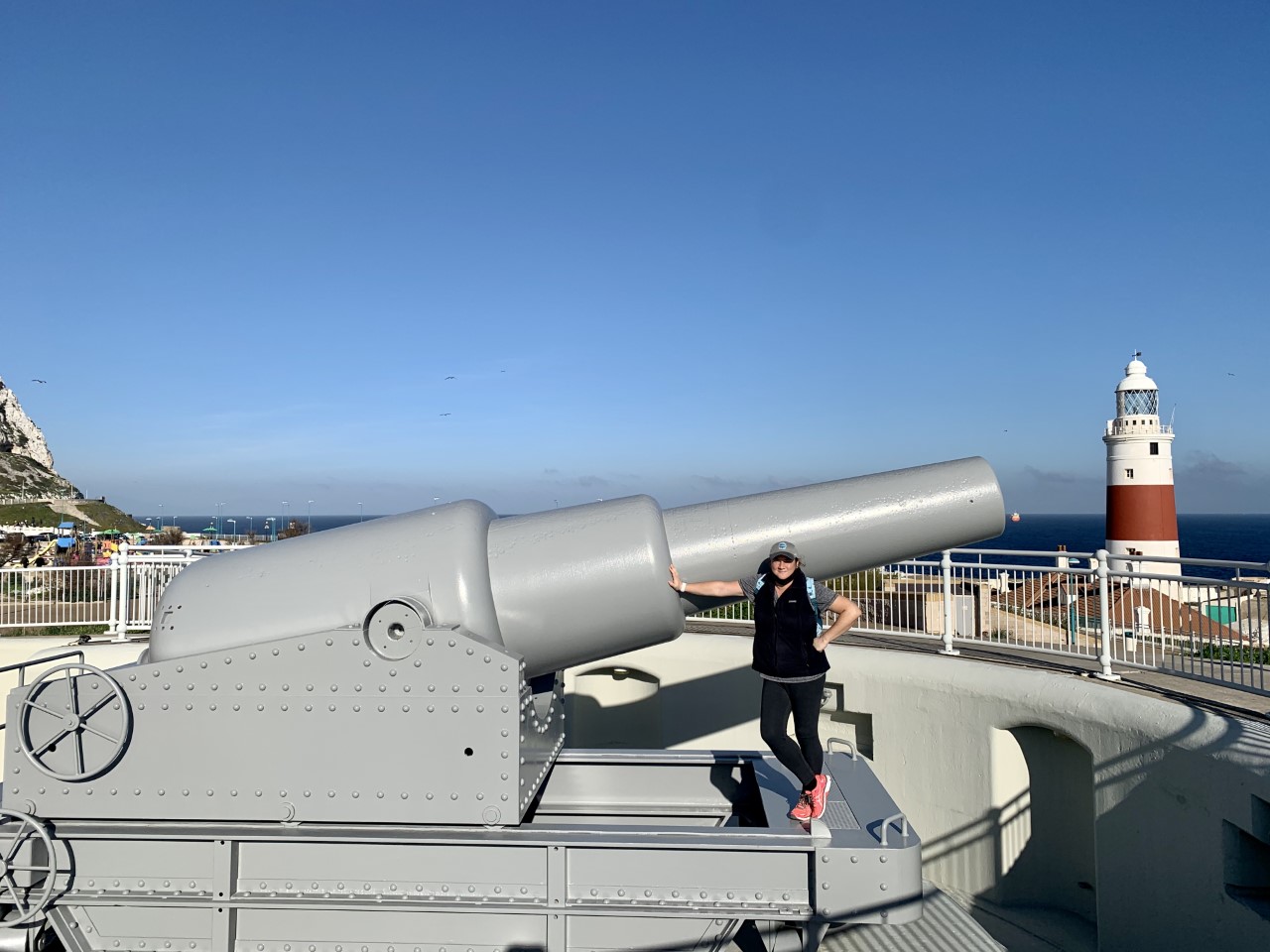 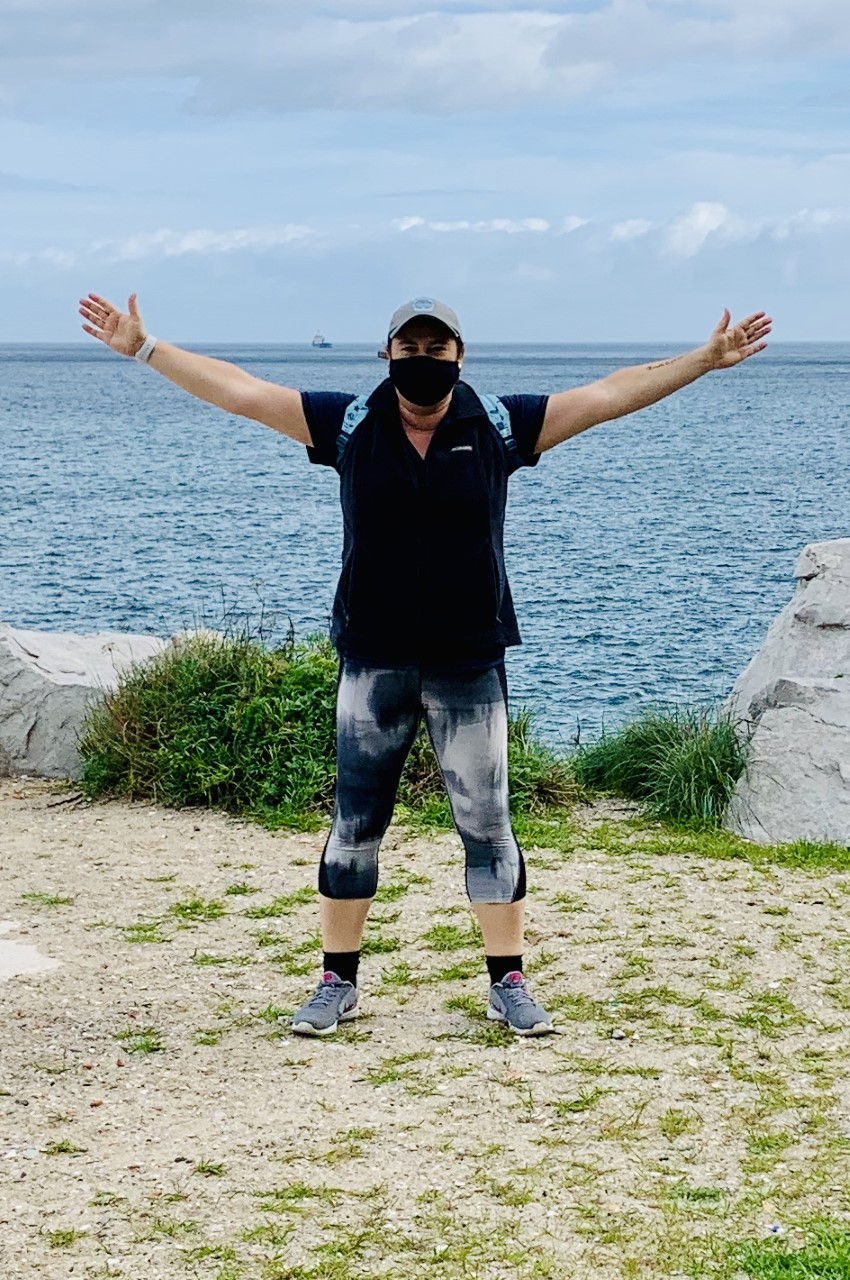 The challenge is a walk, run, cycle over a great distance and everyone pools their efforts together adding up to an over 19,000km great migration.

This year while she has been stuck in the flat during lockdown and never being a big exerciser she thought she would take advantage of the “beautiful scenery on our doorstep” and how exercise improves mental health and take part in the Great Migration.

“I have walked around the Rock on occasions before but if I am going to do it, I’m going to do it for a cause, or a reason and over a period of time. So to make myself do it repeatedly I have set myself the challenge,” she said.

“When I came up with this idea on January 17, I had worked it out if you do a loop by the lighthouse, around the Rock is seven miles. I then calculated that it was exactly 143 days between January 17 and World Ocean’s Day on June 8.”

“So I set off on January 17, had a very pleasant walk and I thought right I have 142 days left to do this and then I realised the magnitude of the challenge I had set myself.” 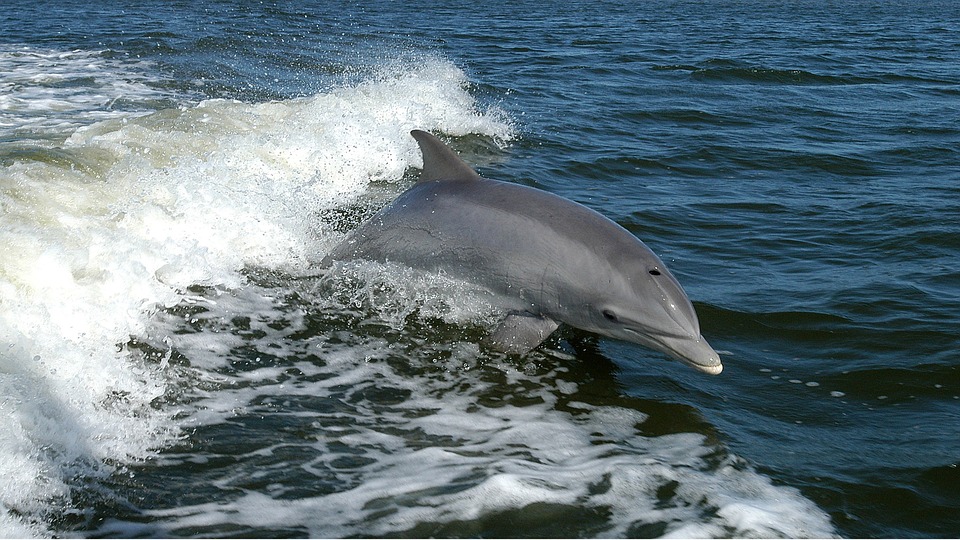 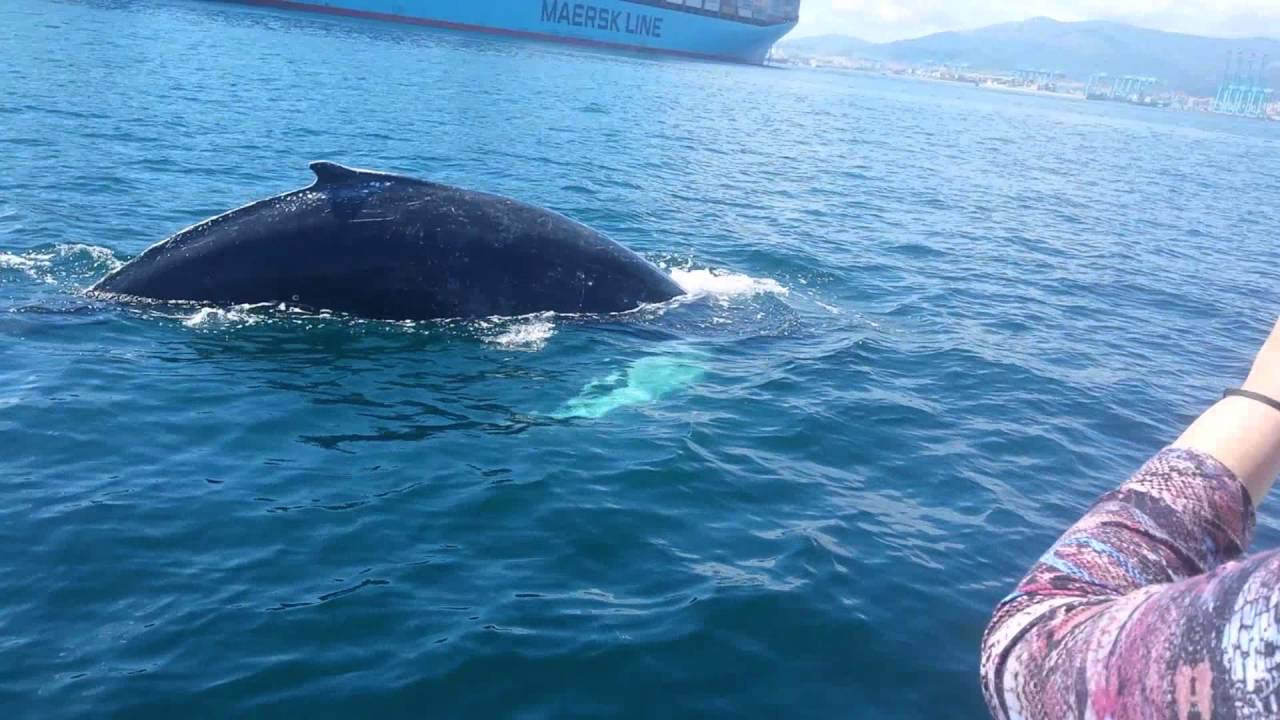 Ms Harrington explains that the Strait of Gibraltar is a very busy migratory corridor for many cetacean species that use it as an express highway between the Atlantic and the Med.

“Every year we have Orca, Sperm whales and Fin whales as well as our resident populations of Pilot whales, Bottlenose, Striped and Common dolphins. A truly amazing place to live for a cetacean lover,” she said.

“There are so many negative influences on the marine environment here that affect not just whales and dolphins but all marine life. Oil spills from bunkering is very topical, although those are infrequent.”

“The Bay of Gibraltar is one of the busiest commercial shipping ports in the world. Up to 100,000 vessels each year that go through the Straits presenting real problems such as increasing ship strikes on migrating fin whales and unprecedented levels of noise pollution which affects whales and dolphins communication, mating and feeding behaviour.”

“Also, plastic pollution which is an increasing problem in Gibraltar, despite the media coverage and the increased awareness brought about through beach cleans organised by local NGO The Nautilus Project.”

“Recreational boating, in particular jet-skis are a huge risk to common dolphin calves in the Bay. We have the Cetacean Protocol but it is rarely adhered to and people consistently go too fast and get too close to pods of feeding dolphins. I’ve seen it with my own eyes and it’s horrific.”

“The saddest thing is that many of these issues are preventable. We just need the will and engagement of the public. We can blame supermarkets, Governments and big companies but the reality is, we are in complete control of our own behaviour.” 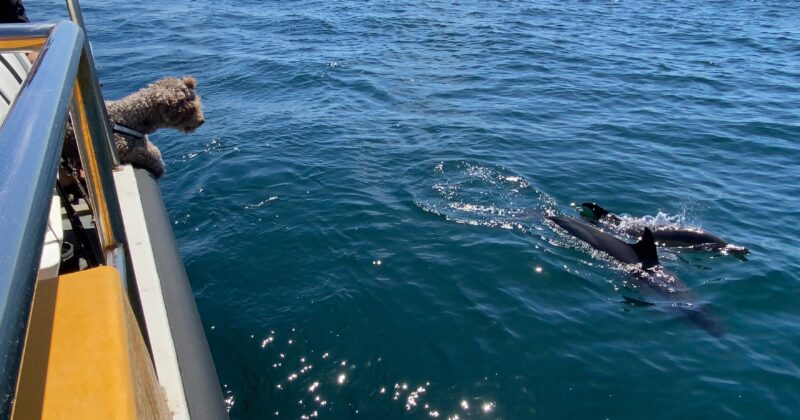 She recalls that on her walks she has been treated to sightings of both Common and Bottlenose dolphins off Europa Point.

But added that in terms of the common dolphins, they are anything but common in the wild.

“We are very lucky to have a resident population around Gibraltar’s shores but they are actually an endangered species. They face many challenges in the wild such as bycatch and increasing threats from pollution,” she said.

“Bottlenose dolphins are the most common species found in captivity and they are taken from the wild in cruel drive hunts and put in a tank no bigger than Morrisons car park and are trained to perform for the public.

“We are so lucky to have these and many other charismatic species of whales and dolphins around our waters and in the Straits.”

It is because of this respect and passion for whales and dolphins she is raising the money for Whale and Dolphin Conservation.

“They raise money and fund many different projects to create healthy seas, to keep whales and dolphins out of captivity, to prevent dolphins getting caught in bycatch. They have offices all over the world,” she said.

WDC's Community and Events Fundraising Manager Sharon Stevenson said: “Whales play a vital part in the eco system but are also proving vital in our fight against the climate emergency. During their lifetime whales absorb vast amounts of carbon in their bodies and, via their poo, circulate nutrients that help phytoplankton to produce oxygen.”

“It is crucial that we protect whales, not only because they are amazing creatures but also for the future of our planet. We are incredibly grateful to Marie for her fantastic fundraising to help us protect whales, and dolphins, all over the world.”

To keep track of Ms Harrington's Great Migration or to sponsor her go to www.justgiving.com/marie-harrington1