Gibraltar women’s national team selectors have announced a provisional squad for this forthcoming September’s international matches.
The Gibraltar FA has yet to confirm the dates and opponents for this September, with this expected within the coming days.
The provisional squad includes U.K. based Ellie Mason and Charylann Pizzarello who recently signed for Rayo Vallecano in the Spanish league.
Notably it also includes young talent Mara Alvez who was kept out of the squad last year due to her young age but is seen as one of the future prospects in the game.
With 20 players selected for the provisional squad, it is expected that the main bulk of the squad will transition to the full final squad with few surprises among the names listed. 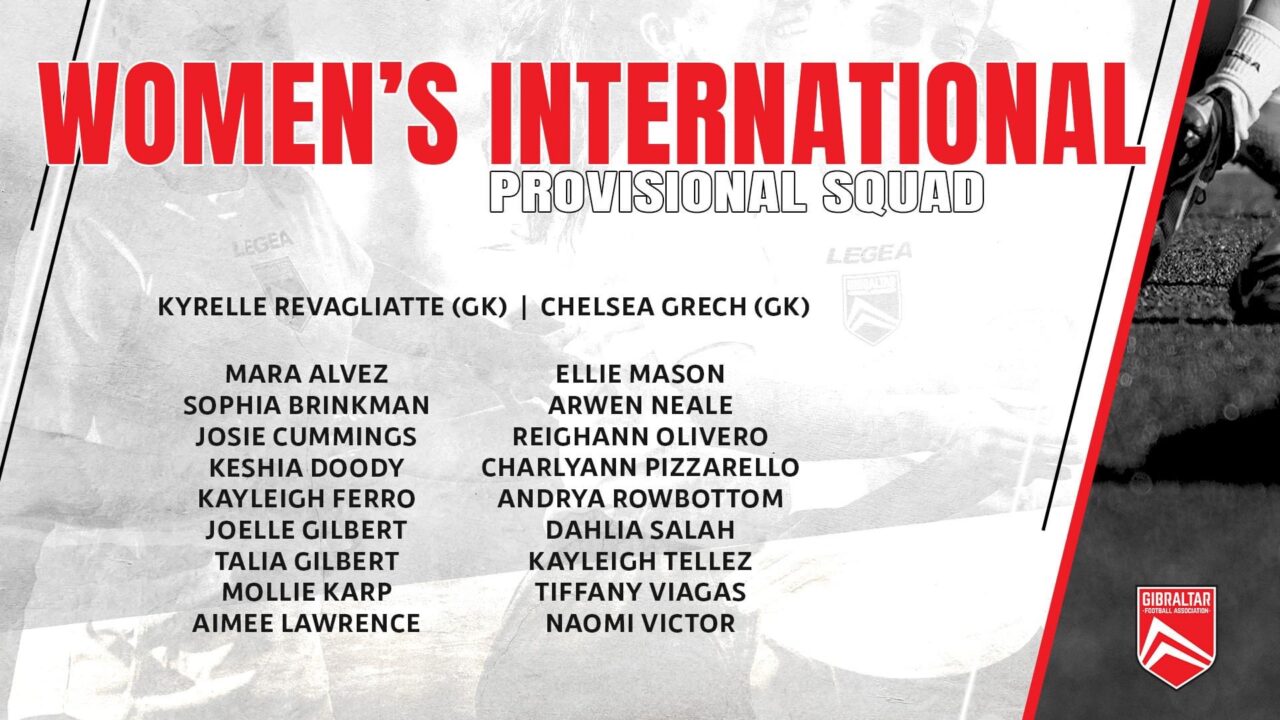