The second of the women’s rugby development programme will take place this weekend at Europa Sports Complex.
Rooke will be looking to turn the tables on Nelson after their first match earlier this month saw them defeated 4-2 with three tries from Ellie’s. The match was to receive exposure across various international women’s rugby blogs and media having been the first women’s match on the Rock as Gibraltar Rugby week to create their women’s rugby national squad.
Since that first match women’s rugby has been boosted by the arrival of new players joining their ranks as the sport continues to attract interest.
The match, as is traditional, also saw the WotM awards voted by players with the vote on the match’s Player’s Player going to Georgie Taylor, who also had the last try of the match to her name.
The match will be played as a 7-a-side format under the hybrid rules which are presently governing rugby activities on the Rock due to the protocols protecting against the spread of Covid-19 virus. 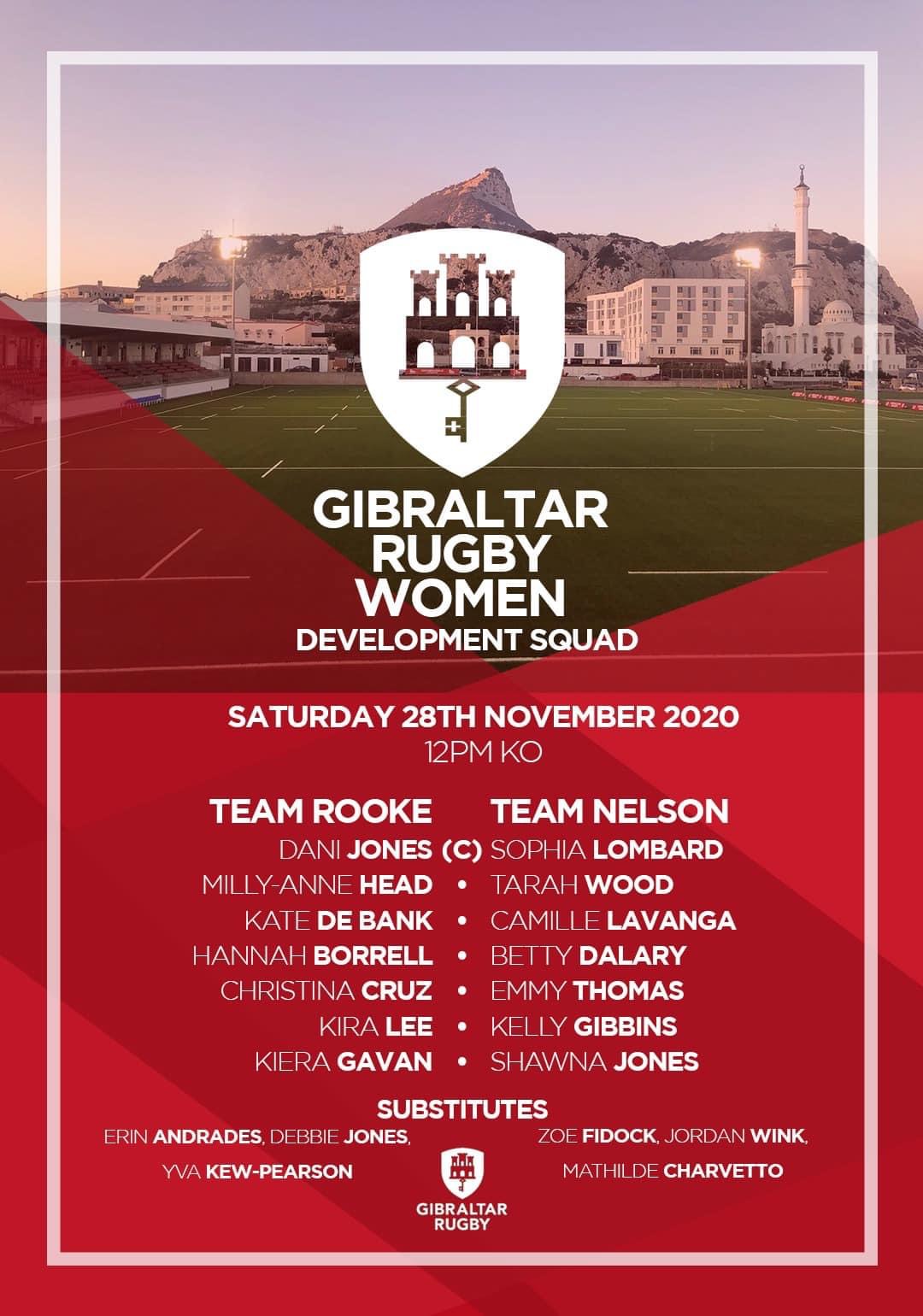