Women’s squad announced ahead of next week’s internationals

With just a week left Gibraltar women’s national team coach Jansen Olivero has announced his squad for the full international double header against Liechtenstein at the Victoria Stadium.
There are few surprises among the team with the a strong backbone of players listed who have provided Gibraltar women’s with some positive expectations towards the future.
Among the newcomers into the squad is Chelsea Grech, now playing for Lions Gibraltar women and better known as one of the top female goalkeepers in women’s hockey in Gibraltar. 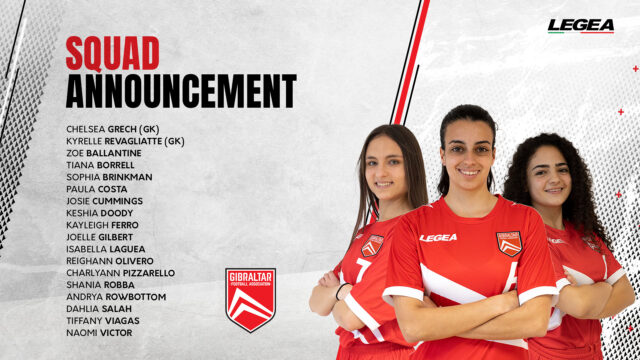 The squad includes many of the players currently playing abroad including goalkeeper Revagliatte who has recently missed matches with Esteponense.
Charylann Pizzarello who has been on goal scoring form with Malaga City since her move to the Spanish club this summer and Shania Robba who has also been hitting them in this season at Loughborough and comes into the internationals at a time when BT Sport is showing her progress through the reality women’s football programme Ultimate Goal where she is currently shown having just made the last 16.
Tiffany Viagas currently playing in Liverpool and Josie a Cummings playing in Rotherham also form part of the squad.
Notably the squad has many a young face including the likes of Kayleigh Ferro and Reighann Olivero, both very young players but who have delighted supporters with the quality of their game.
These will be the first official full internationals for women’s football on the Rock where the team hopes to get a result after having come close in their previous encounter with Liechtenstein.
The matches will be played on a November 26 and 29.