The month of September marks World Alzheimer’s Month and to raise awareness the Gibraltar Alzheimer’s and Dementia Society has submitted this article to the Chronicle.

September 21 every year is World Alzheimer's Day, it is an important day for galvanising attention and calling on governments to act for the millions of people living with dementia globally.

World Alzheimer's Day aims to raise awareness, highlight issues faced by people affected by dementia and demonstrate how we can overcome them to help people live well with dementia. Every 3 seconds someone in the world develops dementia so because of this ADI members and organisations around the world come together on this day to raise awareness about dementia and its' impact on families and carers. 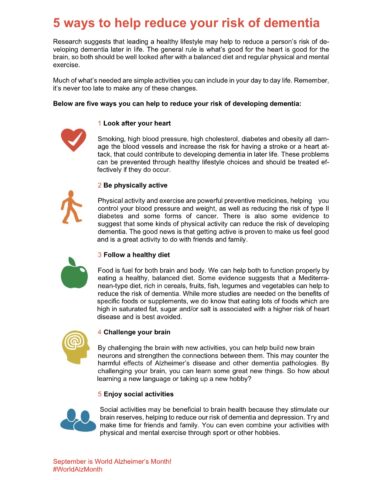 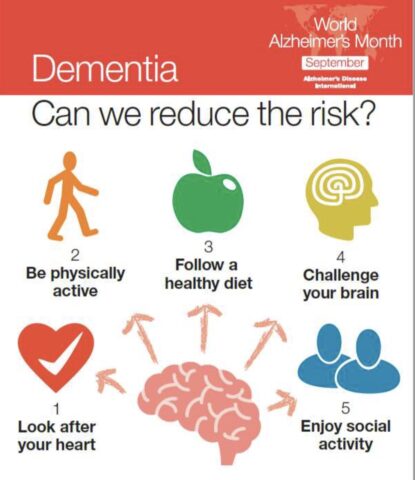 There is still stigma, lack of awareness and understanding of dementia as:

1 in 4 people think there is nothing we can do to prevent dementia.

35% of carers across the world said they they have hidden the diagnosis of dementia of a family member.

Over 50% of carers globally say their health has suffered as a result of their caring responsibilities even whilst expressing positive sentiments about their role.

Almost 62% of healthcare providers worldwide think that dementia is part of normal ageing.

2 in 3 people still think that dementia is caused by normal ageing.

Almost 80% of the general public are concerned about developing dementia at some point. 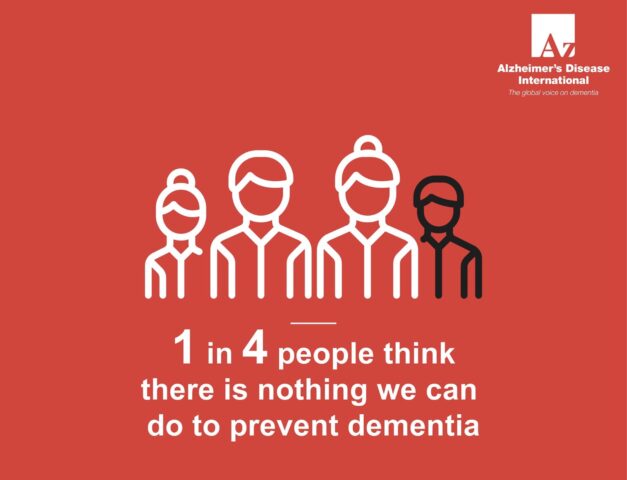 How often do we think about built environments and how they impact people living with invisible disabilities, like dementia ?

The report will focus on dementia related design, looking at progress over the years, reflecting on current design principals and considering appropriateness and relevance across all regions, high-middle-and low-income countries. The report will also highlight the importance of designing for disability and the Convention of the Rights of Persons with Disabilities (CRPD) and making recommendations about how to advocate for change.

The report will look at good practice and case studies across the world, with an extensive database of how design can improve environments at home, at care homes, day care centres, hospitals and public spares.

This report will be of interest to anyone affected by dementia, to governments, to architects, designers and anyone with an interest in adapting environments in our ageing world.

Although getting older is the biggest risk factor for dementia, evidence shows there are things we can do to help reduce our own risks. These include keeping active, eating healthy and exercising your mind.

There are many risk factors for dementia; the risk of developing the condition depends on a mixture of these and varies from person to person. Some of these factors you cannot change, such as age, but there are lots of lifestyle factors that can be changed eg. stop smoking, eat healthy, maintain a healthy weight, drink alcohol within recommended levels (if at all), keep mentally active, be social. These are mainly ways of keeping your body and mind healthy.

Women are more likely to develop Alzheimer's disease than men, this is the case even if we allow for the fact that women on average live longer. For most dementias other than Alzheimer's disease, men and women have much the same risk. For vascular dementia, men are actually at slightly higher risk than women, this is because men are more prone to stroke and heart disease, which can cause vascular and mixed dementia.

Mid-life is an important time to start taking care of your health, if you are not doing so already. It is important to see your GP if you are worried about health problems such as depression, hearing loss, or not getting enough sleep. The brain changes that cause dementia can start years or even decades before symptoms develops. If you start a healthy lifestyle now you are reducing the chances that these brain changes will happen.

Keep your body well and fit, the best way to reduce the risk of Alzheimer's disease and other dementias is to lead a healthy lifestyle that takes care of both your body and your brain. 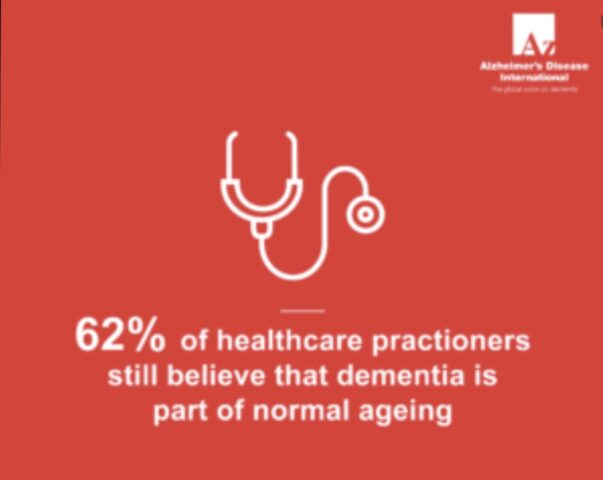 Daphne Alcantara (GADS Chairperson) says : "The world lights up purple on World Alzheimer's Day, a day dedicated to raising awareness about Alzheimer's and other dementias. In Gibraltar we will join other countries by shining a purple light for people living and affected by dementia - Mount Alvernia will light up purple on 21st September and The Tower of Homage will also light up purple from 18th to the 21st September. September is such an important month for us and 2020 is such a crucial year for raising awareness and better understanding of people who are living with dementia, but due to Covid-19 restrictions this year's campaign : Lets Keep Talking About Dementia is going to be very different and largely virtual given the social distancing measures. GADS will not be holding the annual Awareness Day in Main Street on World Alzheimer's Day and neither will we have our planned Memory Walks, so we are encouraging everyone to show their support and help raise awareness by doing their own Memory Walk, at a time and place to suit them and to post photos on social media. We encourage everyone to keep talking about dementia as this is a great opportunity for everyone to become more mindful about the disease. The hard truth is that many of us, if we haven't already, will start experiencing the impact of dementia amongst our own family and friends in the coming years. It is still widely misunderstood that dementia is a normal part of ageing, it is NOT. It can happen to anyone!".