This Wednesday the world ́s leading trumpeter, Pacho Flores, accompanied by guitarist Jesús ‘Pingüino’ González, will be performing a recital in the Convent. 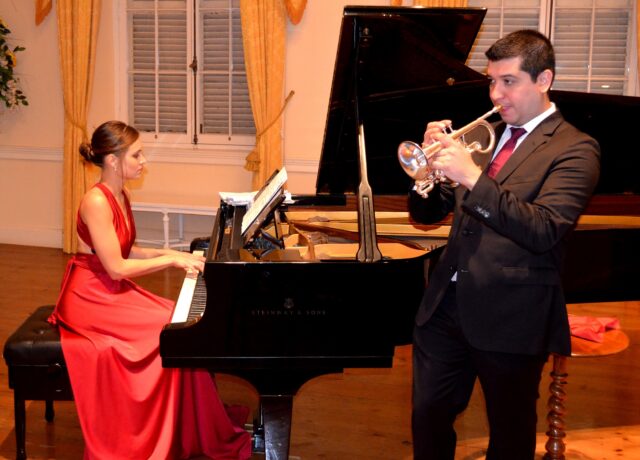 The event organised by the Gibraltar Philharmonic Society will be held on Wednesday, November 16, at The Convent Ballroom at 8pm.

“We are delighted to welcome back world-leading trumpeter Pacho Flores to Gibraltar after his acclaimed performance in 2019,” Ernest Gomez, Chairman of the Gibraltar Philharmonic Society, said.

“Accompanied on this occasion by versatile guitarist Jesús ‘Pingüino’ González, we can look forward to a thrilling evening full of energy and colour.”

It is home to the greatest artists of all time.

A product of the ground-breaking project ‘El Sistema’, he is becoming increasingly recognized for his outstanding performing and recording activity that spans the solo, chamber, and orchestral media.

Equally at home in the classical and folk styles, Pacho captivates audiences with his energetic delivery and colourful tone.